Bad Homburg vor der Höhe is a beautiful spa town close to Frankfurt. If the name rings a bell, it might be because of the town’s most famous icon – the Homburg hat, known all over the world. Bad Homburg woos travelers with the promise of lush gardens, rejuvenating wellness options, grand architecture, and interesting museums. Let’s take a look. 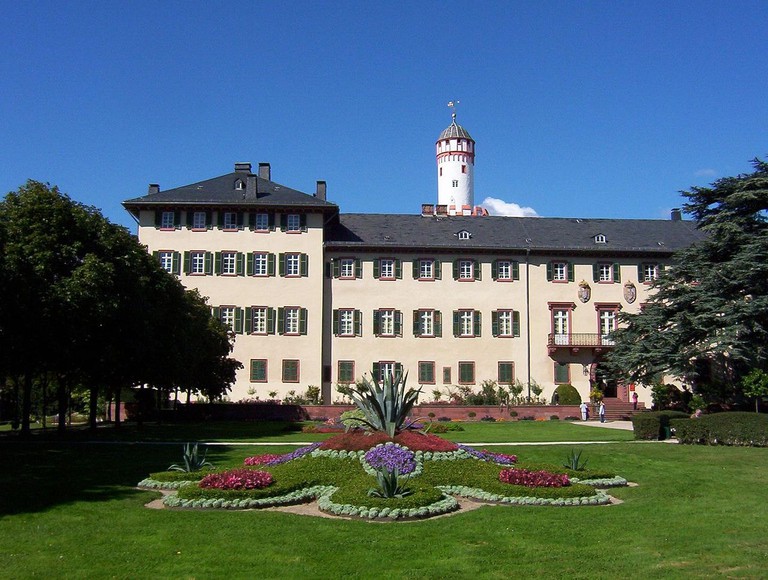 Landgrave Castle was built in the 12th century as a residence for the Landgraves of Hesse-Homburg. However, in 1660, Frederick II of the same dynasty pulled down the entire castle, except the keep, and rebuilt it by 1685 to a different style of architecture, and added extensive landscaped gardens. The castle offers guided tours to the public, in the course of which you can visit the beautifully preserved rooms and see several original artifacts. The castle gardens are also a very pleasant spot for a stroll, especially on a sunny day. 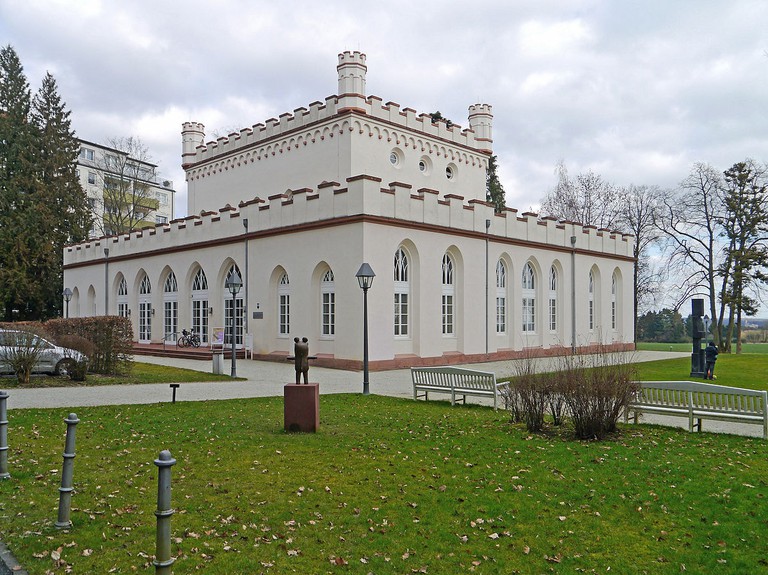 The Gothic House, located a few minutes away from Landgrave Castle, was originally built as a hunting lodge between 1823 and 1828. The architectural style of this building is an unusual mix of Tudor Gothic and neo-Classical. Today, it houses a museum that aims to teach visitors the history of Bad Homburg and the Landgrave family. A very popular section of this museum is the collection of historic headwear. Additionally, you can stroll the museum gardens or attend events that are held here regularly, and top off your visit with some yummy snacks at the museum café. 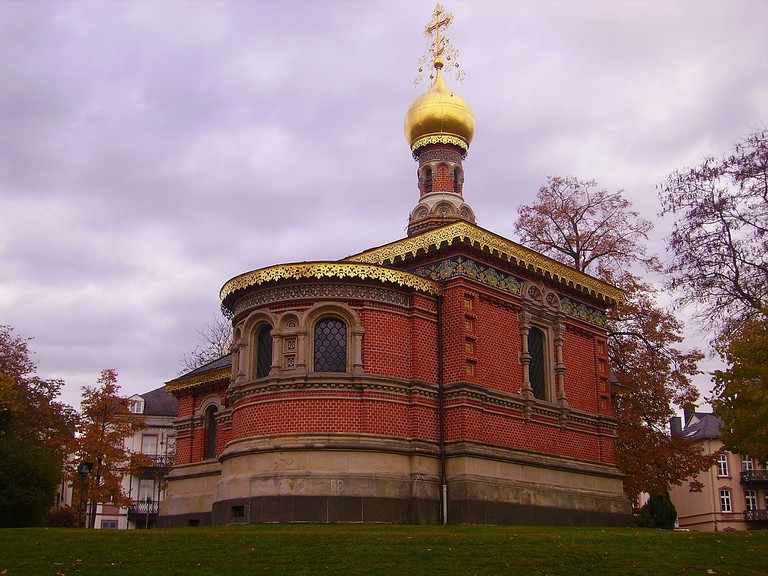 Bad Homburg has some of the most sought-after spa parks in Germany. These not only offer rejuvenating wellness packages but are also significant from a historic point of view. The most beautiful spa park in town is undoubtedly the 40-acre Kurpark, designed as a verdant green English landscaped garden. It is crisscrossed by winding, tree-shaded walkways and dotted with several stunning structures, including a golden-domed Russian church, the Brunnensälchen (housing a casino), Kaiser-Wilhelms-Bad, the Orangerie, and two Siamese temples (more on the temples later). 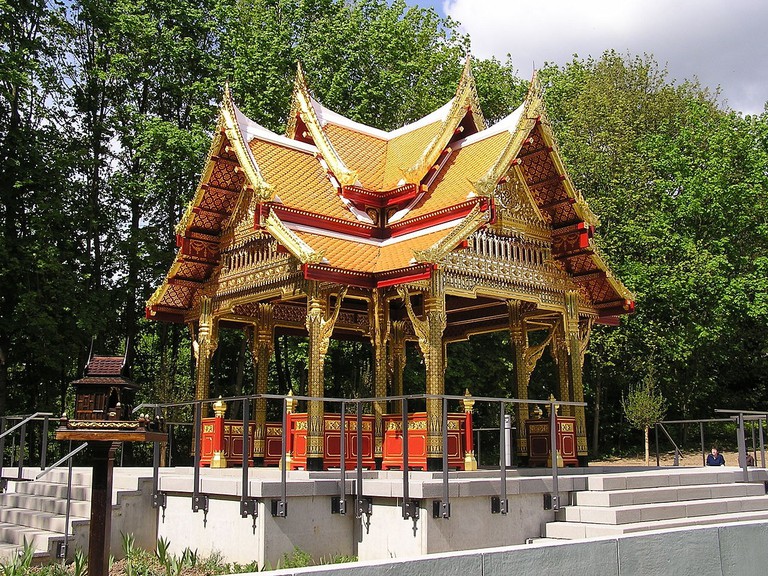 Among the monuments that grace the Kupark, Thai Sala certainly deserves a special mention. Thai Sala is an ensemble of two beautiful, ornate golden pavilions, which symbolize the close relationship between Bad Homburg and Thailand. The first pavilion was gifted to Bad Homburg by King Chulalongkorn of Siam in 1907 as a token of gratitude as the spa town cured him of an ailment. In 2007, King Bhumibol and Queen Sirikit of Siam gifted the second pavilion to Bad Homburg to mark the centenary of King Chulalongkorn’s recovery in Bad Homburg. Needless to mention, the Thai Sala offers incredible photo opportunities. 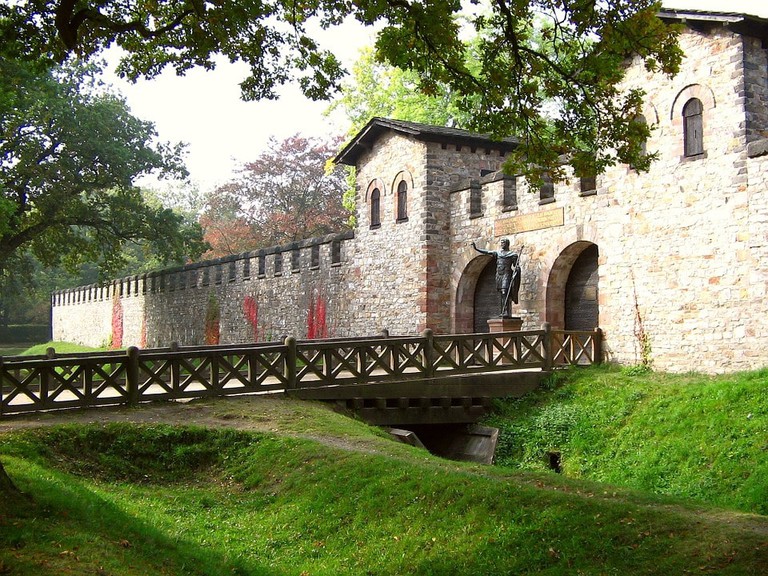 Saalburg Museum (Römerkastell Saalburg Archäologischer Park) is housed in a former fortress that preserves a rich legacy left behind by the Romans. After the Romans left around 260 AD, the Saalburg Fortress was abandoned and fell into disrepair. In later years, it was refurbished and achieved its coveted UNESCO status in 2005. During excavations carried out in the 19th century, precious artifacts telling the story of life during Roman times were unearthed. These found a home in the beautifully curated rooms of the Saalburg Museum, where they are still admired by thousands of visitors.

German “Äppelwoi” Theater is your chance to experience real German humor, but you’ll need at least an intermediate grasp of the language. The shows are snappy and funny, often musical, and sometimes with underlying serious issues or philosophies. An unusual aspect of the performances is that audience performance is heavily encouraged, and the performers improvise on the spot. 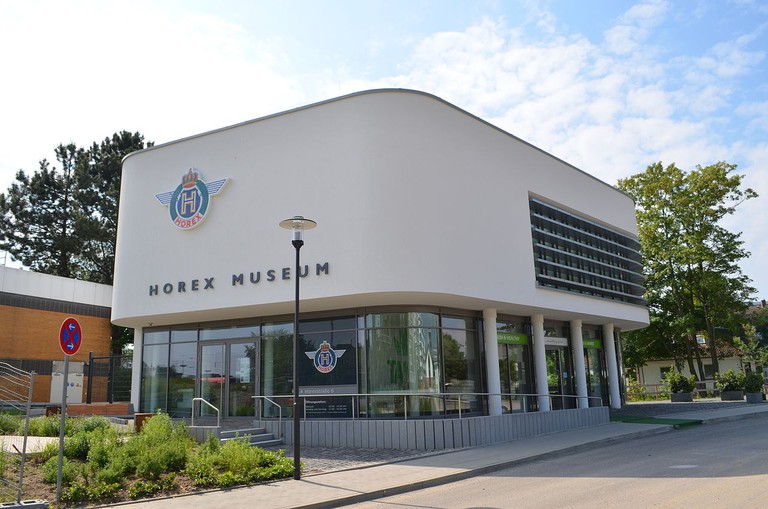 Horex Museum is a specialized museum housing Horex motorcycles that never fails to delight motorcycle enthusiasts. Alongside Horex motorcycles, the museum also commemorates Motorenfabrik Oberursel and Sattelfabrik Denfeld, which supplied the engines and seats respectively for the Horex bikes. You are even allowed to sit on certain motorcycles, which considerably enhances visitor experience. At this museum, you can also expect to learn a fair amount about the rich industrial heritage of Bad Homburg.