Regularly voted one of the top islands in the world, Maui is famed for its beautiful beaches, dormant volcanoes you can hike in – and let’s not forget the surfing. From the unforgettable sunsets on Haleakalā to driving the winding road to Hana, we bring you the top things to do in Maui, Hawaii. 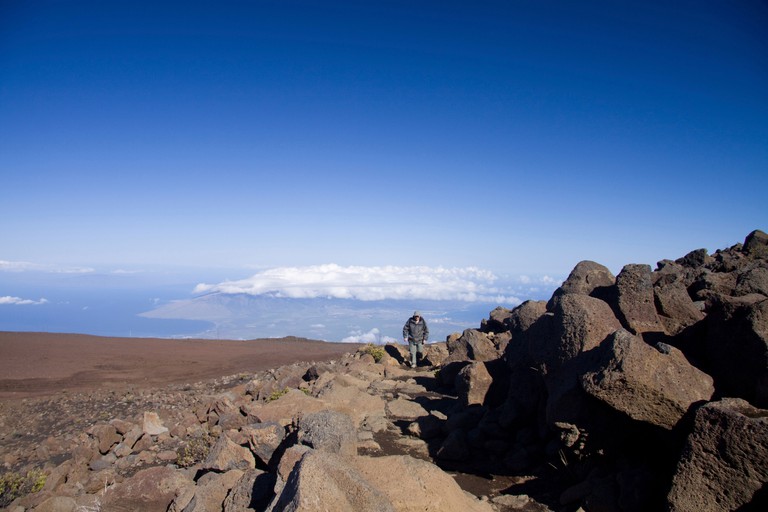 Haleakalā, meaning house of the sun, is a massive dormant volcano that created most of the island of Maui. You can hike the 30mi (50km) of trails at the summit surrounded by native Hawaiian plants and animals. From 10,023ft (3,055m) above sea level, you can look down on Maui and watch the sunrise and the sunset high above the clouds. And after the sunset, the vantage point from the volcano offers open skies for some of the best stargazing in the world. 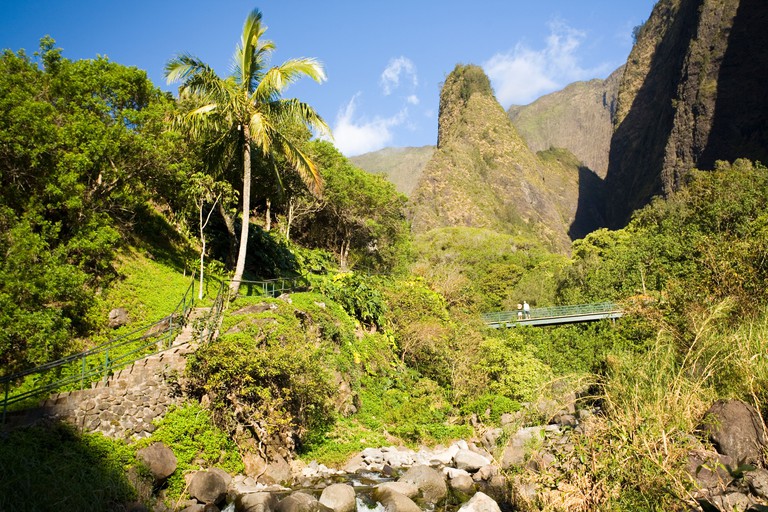 ʻĪao Valley State Monument is a 4,000-acre (1,620ha) national park that is home to the 1,200ft-high (365m) ʻĪao Needle, a volcanic rock outcropping that towers above waterfalls and the ʻĪao Stream. The park offers a 0.6mi (1km) walking trail through a botanical garden of native Hawaiian plants and up to the lookout point. This valley also highlights a significant point in Maui history, as it was the site of the Battle of Kepaniwai where King Kamehameha I conquered the Maui army in 1790. 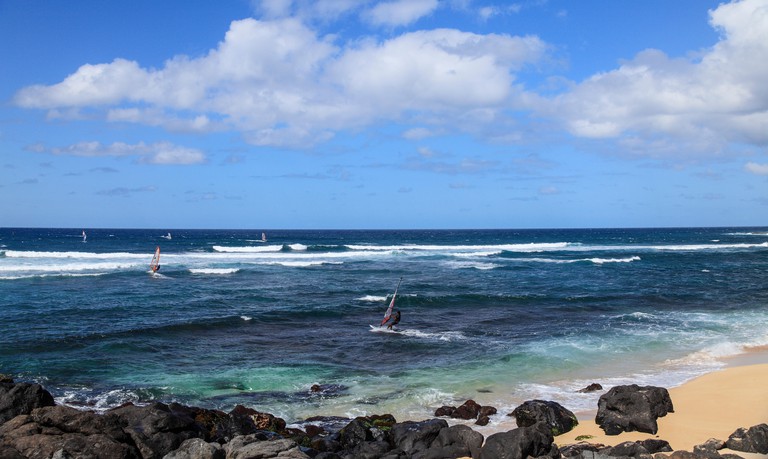 Ho’okipa Beach Park has beautiful white-sand beaches and some of the best waves in Maui. It is one of the prime spots for ocean sports and has hosted the Aloha Classic and Red Bull surfing competitions. The waves are perfect for surfing and windsurfing, and the reef formations offer a great opportunity for snorkeling as well. Hawaiian green sea turtles can also be found frequenting the beach and lazing around for their evening rest. 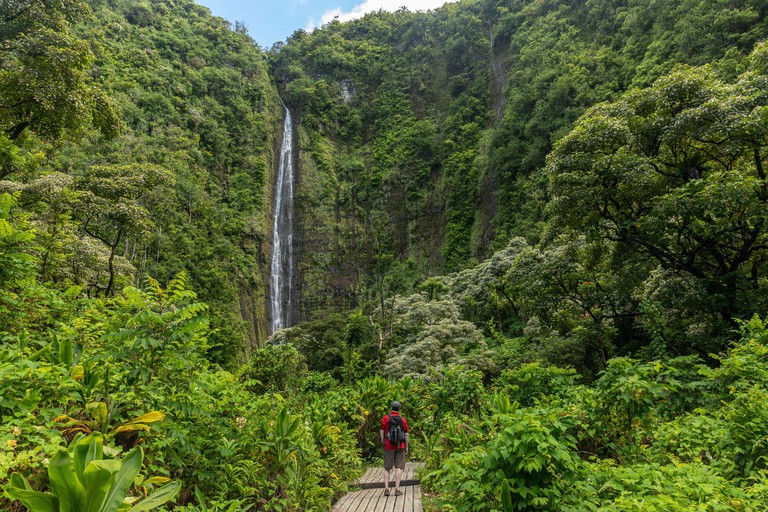 The Kīpahulu District of the Haleakalā National Park offers a chance to enjoy waterfalls, ocean vistas, and Hawaiian culture. The Kipahulu District has three distinct trails: the 4mi (6.4km) Pīpīwai Trail that can be taken alone or with a guided ranger hike, the Kuloa Point Trail that goes to the mouth of the ‘Ohio Gulch, and the Kahakai Trail that passes archaeological sites and ocean views. The ‘Ohio Gulch Pools, popularly known as the Seven Sacred Pools, is a string of pools and waterfalls that offer the opportunity for swimming. 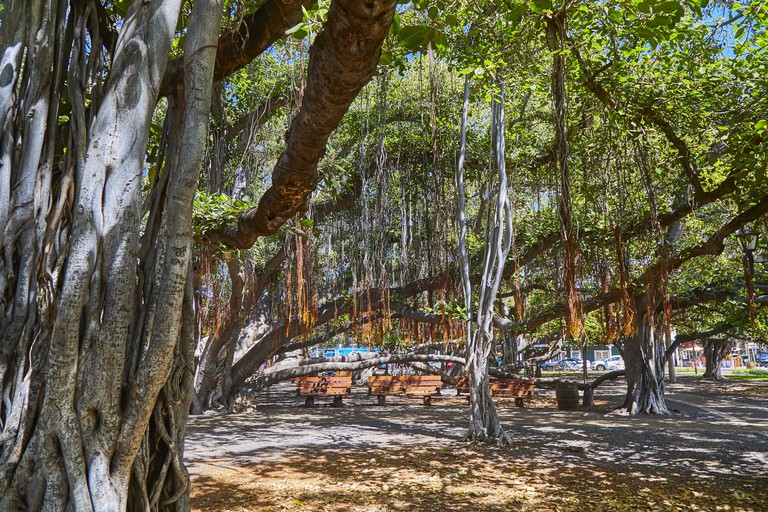 Lahaina Banyan Court Park is home to the oldest living Banyan tree on Maui – a tree that is almost 150 years old. Sheriff William Owen Smith planted this tree in 1873 to commemorate the 50th anniversary of Protestant missionaries in Lahaina. This huge tree has expanded from a single trunk to 16 trunks and spreads over almost an entire acre of the historic Lahaina Town. In the park, you will also find the old Lahaina Courthouse where the Lahaina Arts Council and the Lahaina Historical Society are now housed. 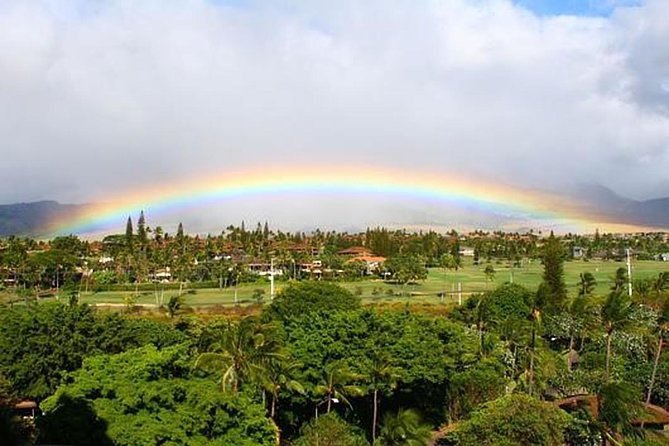 Maui Pineapple Tours is situated in the historic plantation town of Hali’imaile; the only place in the United States where you can tour a working pineapple plantation. On this tour, you get to learn about the growing cycle and cultivation techniques of pineapple farming and learn about the process from planting to packing and shipping. You will get to taste the various stages of the Maui pineapple, and at the end of the tour, you’ll receive a pineapple to take away with you. 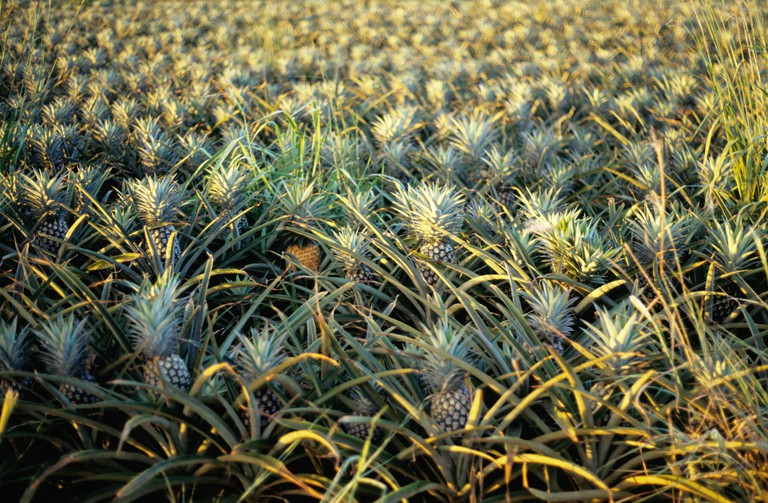 Palapala Ho’omau Church, a limestone coral church built in 1857, is the final resting place of aviator and explorer Charles Lindbergh: 41 years after his nonstop solo flight across the Atlantic, Lindbergh settled in the remote area of Kipahulu. Both he and his wife are buried under a Java plum tree. The church is also noted for its window painting depicting a Polynesian Christ draped in the red-and-yellow feather capes of Hawaii’s high chiefs. Palapala Ho’omau Church welcomes visitors to its serene space. 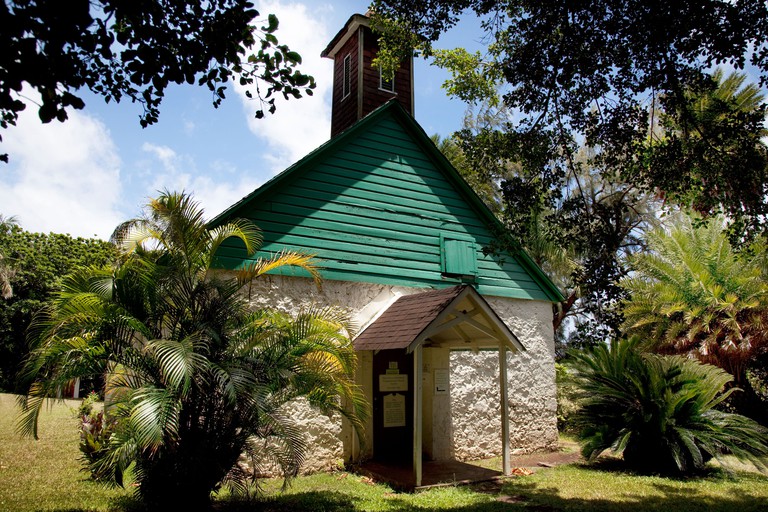 MauiWine is the island’s only commercial winery, offering a selection of wines including sparkling, pineapple, and a raspberry dessert wine. MauiWine offers complimentary wine tastings daily from 11 am to 5 pm, as well as complimentary guided walking tours. The 30-minute tours include a history of the winery and the Ulupalakua Ranch, covering the historic estate, the production area, and the wine cellar. 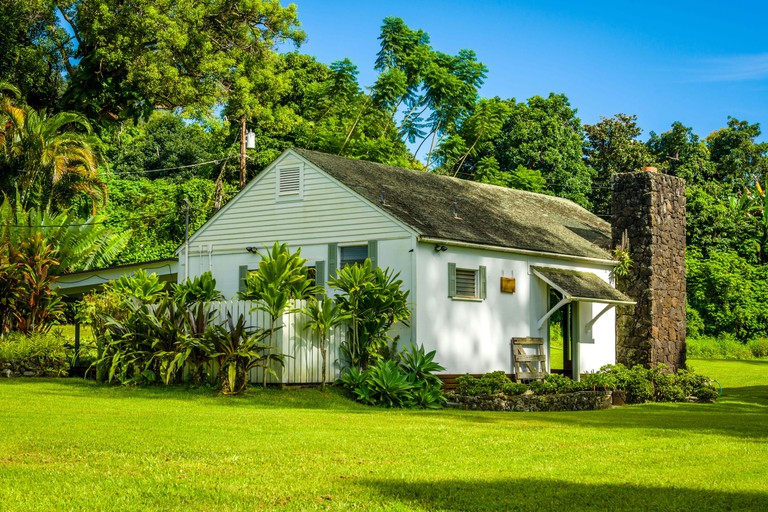 The Road to Hana is more than 60mi (100km) of highway that travels via rainforests, cliffs, and coastal lands on the east side of Maui. The drive, whether you make it yourself or take a van tour, includes stops at many of the sights that are already on this list and so many more. The drive takes you from beaches to waterfalls to hiking trails, all ending in the town of Hana, considered to be the real Hawaii as it has remained unchanged by modern development. If you can’t bear for it to end, you can continue the loop and discover the otherworldly volcanic surface on the other side of the island (just know that the road is not entirely paved, and your rental company won’t rescue you if you get into any trouble along the isolated stretch).

5 Museums and Cultural Centers to Visit on Hawaii Island

1 thought on “The Top Things to Do and See in Maui, Hawaii”