Many of the Alps’ photographic panoramas are in various Swiss regions and include the Pennine Alps, Bernese Alps, Bernina Range, Mont-Blanc-Massif, Uri Alps, and the Glarus Alps. As you journey through the various federal cantons, you’ll explore the glamour of the famed Swiss Alps that pave Switzerland‘s heritage.

Switzerland is bursting with glorious lakes and small towns. The mountains are instrumental to nature as chocolate and cheese are to humans. The mountain peaks form the unique backdrop that is expected of Switzerland.

The Swiss Plateau divides the Alps and Jura Range mountains across a 300 KM journey and covers a third of Switzerland’s surface.

When you plan a trip to Switzerland, ensure that you make time to explore the significant summits that dominate the Swiss scenery. The Monta Rosa is in the Pennine Alps, Finsteraarhorn in the Bernese Alps, and Piz Bernina is in the Bernina Range. Other special summits and glaciers are located in the Mont-Blanc-Massif, the Uri Alps, and the Glarus Alps.

Situated on the borders of Switzerland and Italy, the Pennine Alps boasts the acclaimed Monta Rosa Massif and Switzerland’s highest peak. The Dufourspitze stands tall and proud at 4634m above sea level and is swathed in white all year round. Leonardo Da Vinci couldn’t resist capturing this huge ice-covered mountain in the background of his famous “Virgin of the Rocks” painting dated between 1483 – 1486. 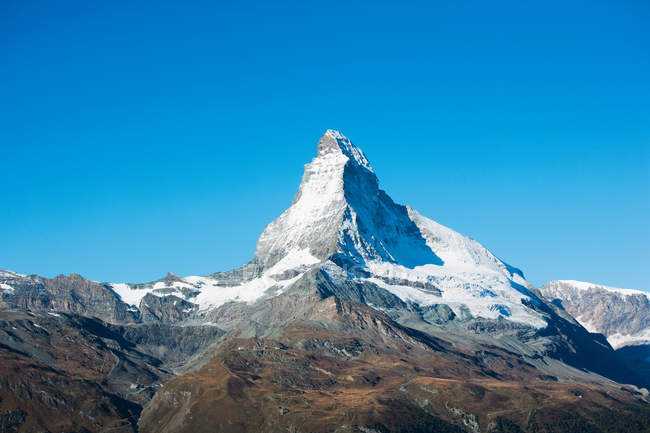 Although Dufourspitze dominates the Monta Rosa Massif and Switzerland, the Dom, Matterhorn, Gorner Glacier, and the Corbassière Glacier must also be explored to showcase the diversity of Switzerland. Extraordinarily curated day tours take you deep into the Pennine Alps region. While in the Monta Rosa Massif, don’t forget to visit the ancient Great St Bernard Pass, which connects The Alps and the Mont-Blanc. In 1800 Napoleon traversed this route to enter Italy, allowing the pass to flourish as a historic bridge.

The Dom is positioned between the Ronda and Sass-Fee and reaches high into the puffy Swiss clouds. The mountain is at an altitude of 4545m, which establishes it as the highest peak standing in the Swiss Territory. Through the steep trails and scenic routes of the Maschabael group, the Dom can be reached through Saas-Fee.

Further south, head into the small, charismatic town of Zermatt to discover the Matterhorn that proudly takes command of the Breuil-Cervinia. The Matterhorn is nature’s answer to France’s Eiffel Tower. It attracts over two million visitors each year. The pyramidal peak at 4478m has cemented itself as a symbol of Switzerland and is a must-see during your journey on the Glacier Express. The Matterhorn was featured in the Walt Disney movie “Third Man on The Mountain” and inspired Disneyland’s Matterhorn Bobsleds feature in Florida.

Spread throughout the Bernese Oberland region of the Canton of Bern, the Bernese Alps possess some of the most magnificent ski slopes, small towns, and villages. -. There are numerous UNESCO World Heritage sites reachable from Grindelwald, Interlaken, Lauterbrunnen, and Wengen. Finsteraarhorn is an isolated yet prominent force at an altitude of 4274m. Until 1815 it was the highest peak in Switzerland; however, it was dethroned by the Monta Rosa when the canton of Valais joined the Swiss Confederation.

If you are an adventurer and relish off-the-beaten paths, you will have the possibility to hike to the mountain top in four or five hours from Finsteraarhorn Hut. When you reach the summit, you will have spectacular views of the Finsteraar Glacier. 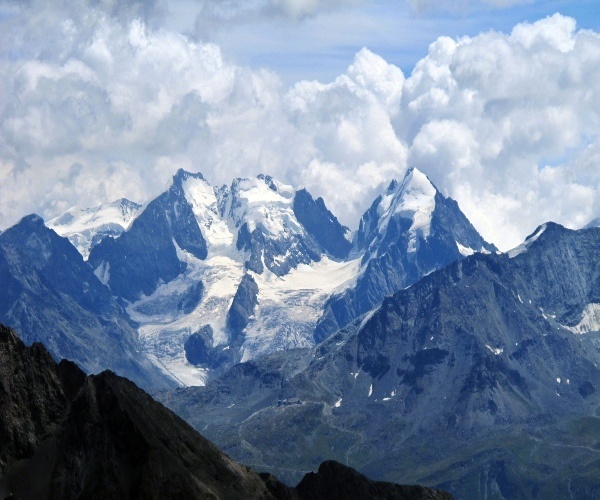 Another thriller UNESCO World Heritage site is the second peak of Bernese Alps elevated at 4182m is Aletschhorn. It has numerous climbing routes, which will give you a physical and magical day overlooking the snow-dusted valleys. The Bernese Alps region possesses many more beautiful gems that are easily accessible through the advanced rail systems for all to admire.

Jungfrau, Eiger, and Moench form a wall of distinct mountains that oversees the Bernese Oberland region and the Swiss Plateau, which are fondly and locally known as the King, Queen, and Prince of the Swiss Alps. The Top of Europe has become a beacon for tourists to reach and is readily accessible by the Swiss advanced railway system, the Jungfrau Railway. You can depart from Kleine-Scheidegg, the highest train station in Europe, and through the Jungfrau tunnel that penetrates the Eiger and under the summit of Moench. 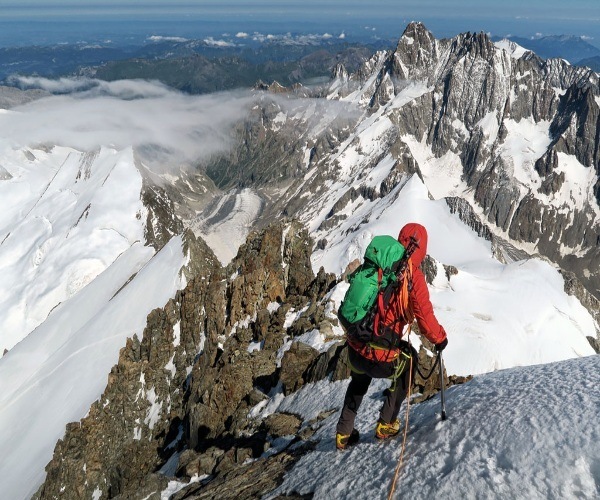 On your way to Jungfraujoch, the Top of Europe, at an elevation of 3454m, take a moment to stop at the built-in platform to soak up the breathtaking views of the Eiger, Moench, and UNESCO World Heritage Jungfrau Valley. You might want to extend your journey on your way to these mesmerizing jewels from Bern or Lucerne and explore Interlaken and Grindelwald, where you’ll be able to see them from afar and take memorable photos.

Nestled in the Alps of eastern Switzerland and northern Italy, the Bernina range consists of numerous imperial glaciers that surround majestic mountains. Explore the distinguished region with the Bernina Express through UNESCO’s eyes. The railway is the highest crossing in Europe and penetrates the most divine areas of Italy. The Gorengrat Railway traverses the lower meadows of the mountains whilst the Jungfrau Railway takes you through elevated and exciting lands. 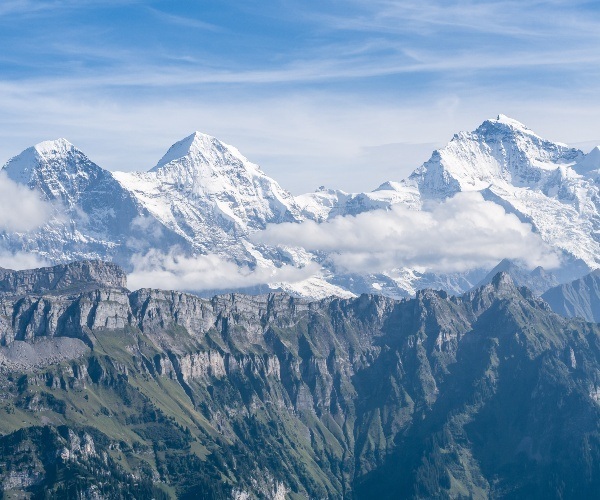 The Piz Bernina prevails at 4048m as the Bernina Range’s highest peak, towering over plentiful icefields and the most impressive Morteratsch Glacier. The mountain was named by Johann Coaz after the Bernina Pass in 1850 when he made the first ascent. The prefix Piz comes from the Romansch language in Graubünden; any mountain with that name can be readily identified as being located in southeastern Switzerland.

By embarking on a Swiss rail journey on the Bernina Express or Glacier Express during your time in Switzerland, the sheer beauty of the region will unfold. The Bernina Range delivers many more natural masterpieces, such as Piz Scerscen, which reaches levels of 3971m between Piz Bernina and Piz Roseg, which elevates to 3937m and overlooks Val Roseg. The Roseg Glacier is entirely surrounded by magnificent white caps and pure beauty. 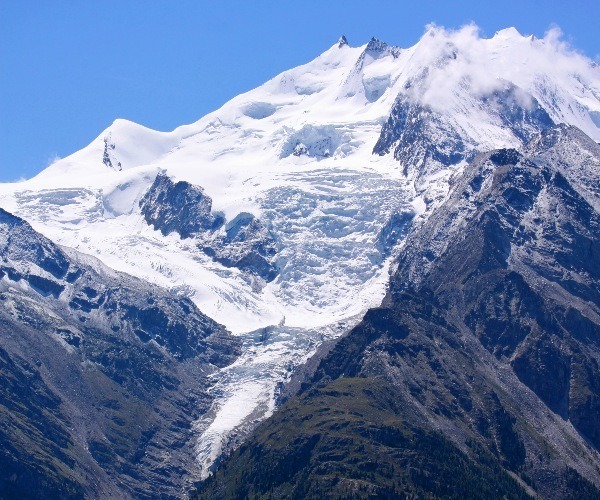 Experience The Best Of Switzerland In A Week