If you drive through Saxony-Anhalt, you’ll quickly realize that a state is a magical place. The area is known for the scenic vistas of the Harz Mountains, enchanting villages with cobbled alleys and timber-framed houses, castles, caves and pagan rituals. Here are the top 10 things to see and do in Saxony-Anhalt.

Go for a stroll in Quedlinburg

There are countless reasons why you should visit the Harz Mountains at least once in your lifetime – one of them being this little gem of a town. The town center of Quedlinburg is a labyrinth of cobbled alleys and timber-framed houses with gabled roofs, all overseen by the hilltop abbey St. Wiperty and its beautiful garden. The entire historical ensemble is listed as a UNESCO World Heritage Site, and the restaurants around the picturesque market square are the perfect spot to sample some of the regional culinary treats, such as Harzer Käse, a local cheese specialty.

At 1,141 meters (3,743 ft), Mount Brocken is the highest peak in the Harz Mountains. Its summit is often hidden behind thick wafts of mist which has added to the mystical reputation that surrounds the mountain. If you’re an ambitious hiker, you can follow a trail all the way to the top but be sure to bring a warm jacket or windbreaker. The Brocken is known for its notorious winds and rapidly changing temperatures. Alternatively, you can ride the Schmalspurbahn to the top. Either way, you’ll be rewarded with panoramic views of the Harz National Park.

The Schmalspurbahn is a narrow-gauge railway that winds its way through the Harz Mountains and connects the most exciting points with one another. Apart from the fact that the train passes the must-see spots, whether dreamy villages of Genrode, Quedlinburg, and Wernigerode or mystical rock formations near Thale – the ride itself is quite the adventure. Parts of the network are served by historic steam locomotives. 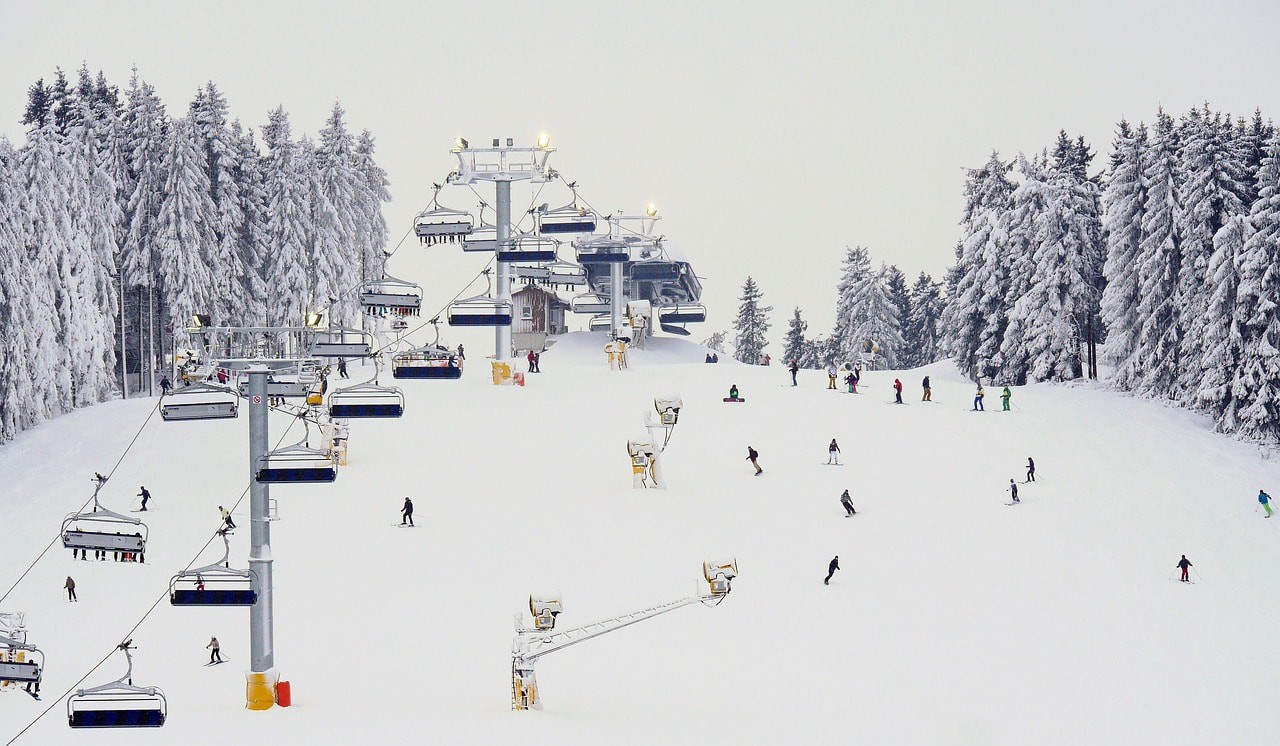 With snowfall, the Harz Mountains transform into a magical winter wonderland that attracts winter sports enthusiasts from all across Germany. And while the best ski resorts are all located in the neighboring state of Lower Saxony, you can still explore the cross-country skiing tracks that traverse the mountain range or throw on some snowshoes. If you have a few days to spare, book yourself into a romantic steep-roofed cottage in Harzgerode, Thale or Elend and explore the area from here.

See the sights of Wernigerode

Wernigerode holds the more picture-perfect medieval charm. Much like Quedlinburg, the cityscape is dominated by cobble-stoned streets and pastel-colored half-timbered houses, another great place to just wander around. Don’t miss out on the twin-towered Town Hall and a tour of Wernigerode Castle which rises above the city center in the background. The most peculiar attraction is the so-called ‘wonky house’ museum which tilts seven degrees to one side.

You’ve probably gathered by now that the Harz Mountains are pretty scenic. But it’s not all about the rolling hill and thick forest. Almost at the heart of the area, the ground opens up to reveal two spectacular dripstone caves. The Baumann’s Cave opened up in 1646 as the first show cave of the country, and even Johann Wolfgang von Goethe took an interest in his time and came to explore the tunnels, caverns, and bizarre forms of stalactites and stalagmites. The Hermannshöhle is just across the road from here and was only discovered by chance during construction works in the 19th century, and further explorations revealed a crystal-clad cavern further underground.

The outstanding design of the 18th-century landscape park earned the Garden Kingdom of Dessau-Wörlitz an entry on the list of UNESCO World Heritage Sites. Spanning across an area of more than 142 square kilometers the garden realm features Germany’s first English-style garden, flower beds and meadows, a lake and several ponds which are connected by canals, dreamy wooden bridges, and several chalets and palaces.

Our list wouldn’t be complete without a mention of the state capital, Magdeburg. Once a member of the Hanseatic League and the residence of Roman Emperor Otto I – who also found his last resting place in Magdeburg’s impressive cathedral – the city has played a significant role in European history. Even though it has been ravaged by wars several times, careful reconstruction work has preserved some of the historical sights, including the cathedral and an 11th-century Roman monastery. More recent sights include the water bridge and the Green Citadel, the last work by Friedensreich Hundertwasser before he passed away in 2000. 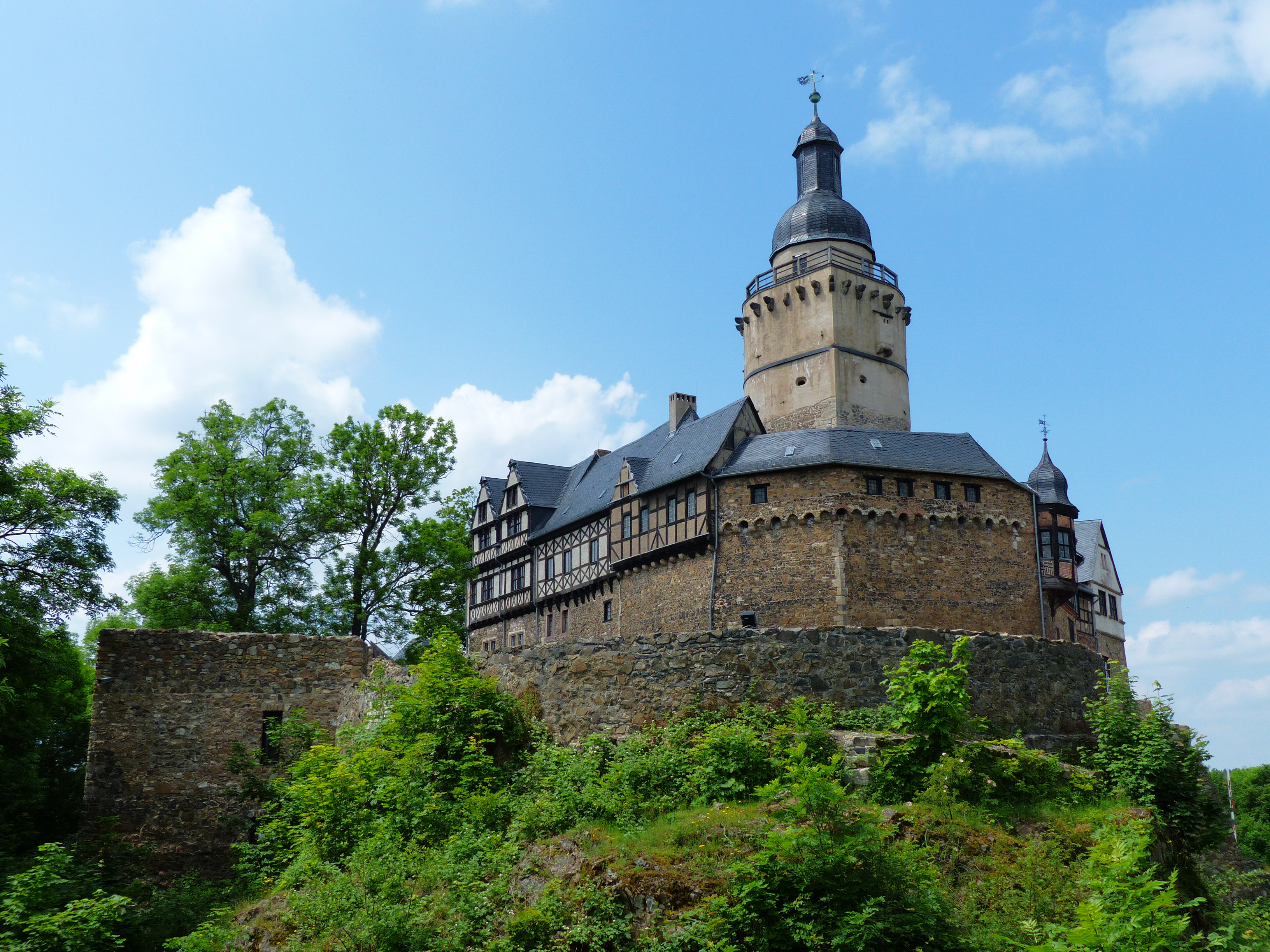 On the eastern fringe of the Harz Mountains, halfway between Magdeburg and Erfurt, the Falkenstein Castle sits perched on a hilltop. Considering it was built between 1120 and 1180, it’s astonishing that it has maintained the character of a medieval fortress to this day. Falkenstein Castle is a popular year-round destination among hikers and those traveling along Germany’s Romantic Road, but there are a bunch of annual activities that add to the medieval flair: the on-site restaurant regularly puts on a knight’s themed dinner, and every summer, the castle hosts a courtly love song competition.

For more than 1,000 years, people have gathered in the Harz Mountains at the end of April for a magical festival. Every year, people from all over the world, dressed in witch and devil costumes and armed with broomsticks, flock to Mount Brocken to celebrate the Walpurgisnacht festival. Expect bonfires and fireworks, music and dance performances, jugglers and magicians, plus market stalls selling handcrafted goods and homemade food.