Maastricht is the most southern city in the Netherlands, situated on the tri-state area between the Netherlands, Germany and Belgium. It is a popular student town and, due to its location, very international. As such, dozens of great things to see and do are scattered all around this exciting town. Here are 10 of the best you should definitely check out.

Stroll around the Vrijthof 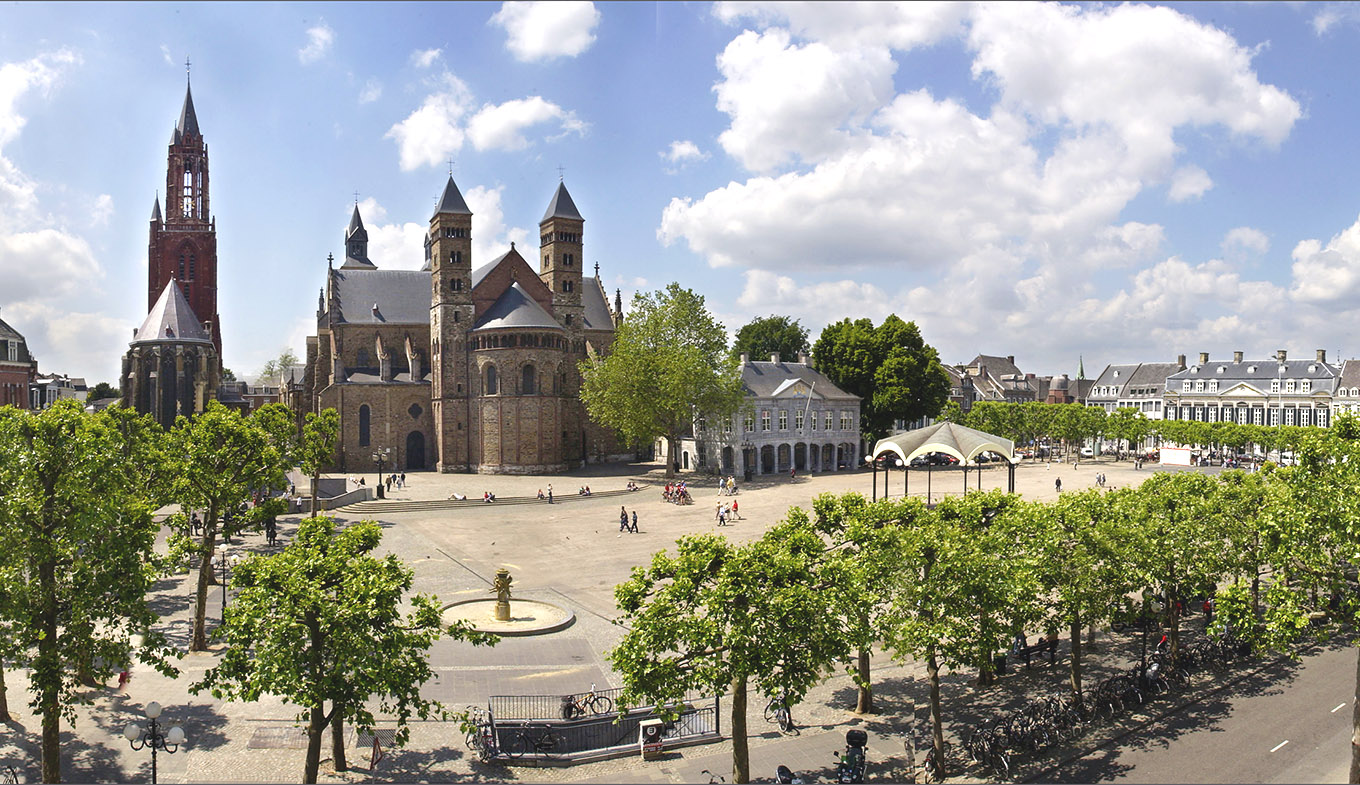 The Vrijthof is one of the most important squares in Maastricht. The two main churches in the city and all the major city events are hosted here. Maastricht is known for its carnival celebration, which takes place once a year before Lent. Expect a spectacular party, where the whole city dresses up and dances, drinks and celebrates all week long. On other occasions, the square is a lovely place to sit down for a cup of coffee and delicious stroopwafel – a delicious Dutch waffle-biscuit with a gooey, caramel center.

Walk around the Lichtenberg Castle ruins 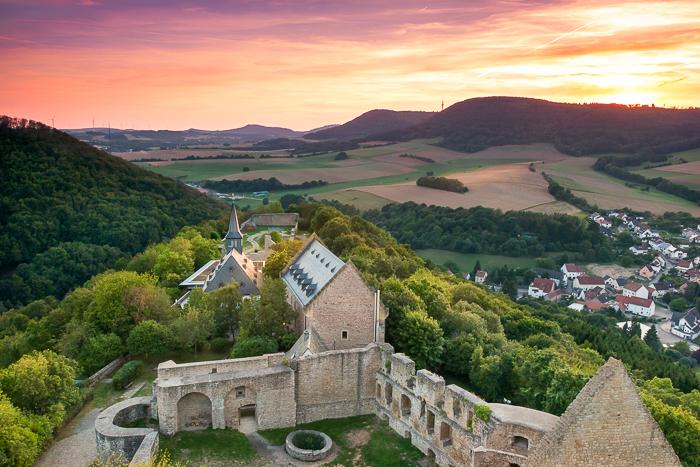 Explore the ruins of one of the oldest castles in the Netherlands. The Lichtenberg Castle foundations date back to the 10th century, while the other parts were built between the 12th and 15th centuries. The castle’s walls are made of sandstone and marl, both sourced locally. The ruins are situated on the eastern bank of the St. Pietersberg hill and offer a stunning view of the river Meuse and the valley. The castle is open between May and November.

Visit the flea market at09 the train station

Maastricht is a regional capital of the Limburg province and is, as such, well connected to other cities across the Netherlands, Germany and Belgium. The city’s main train station is a large building, located out of the city center. In front of the station, the biggest flea market in the city takes place over the weekends. Explore the collections of old books, comics and magazines and browse through vinyl discs, cassettes and CDs. See the mementos of past times and find some souvenirs for home.

Part of the original city wall, dating back to the early 13th century, H.e.l.l’s Gate was one of the entry points to the city. It lost its function when the city expanded southwards in the late 15th century. Subsequently it was used as a meeting place, an armory, for powder storage and even as a residence. Nowadays, H.e.l.l’s Gate is the only remaining city gate in Maastricht and the oldest city gate in the Netherlands. The building is open between Easter and late autumn.

One of Maastricht’s most fascinating and atmospheric explorations is its rich underground landscape. Explore the tunnels and bunkers of the Casemates, created between 1575 and 1825. The Casemates military fortress is located in the west of the city and was used when the city was under siege to surprise the attacking forces from below. Join the guided tour and visit the vaulted chambers, bomb shelters and powder rooms. Tours are usually held in Dutch, so inquire at the doors about English tours.

See the City Hall and the Market Square 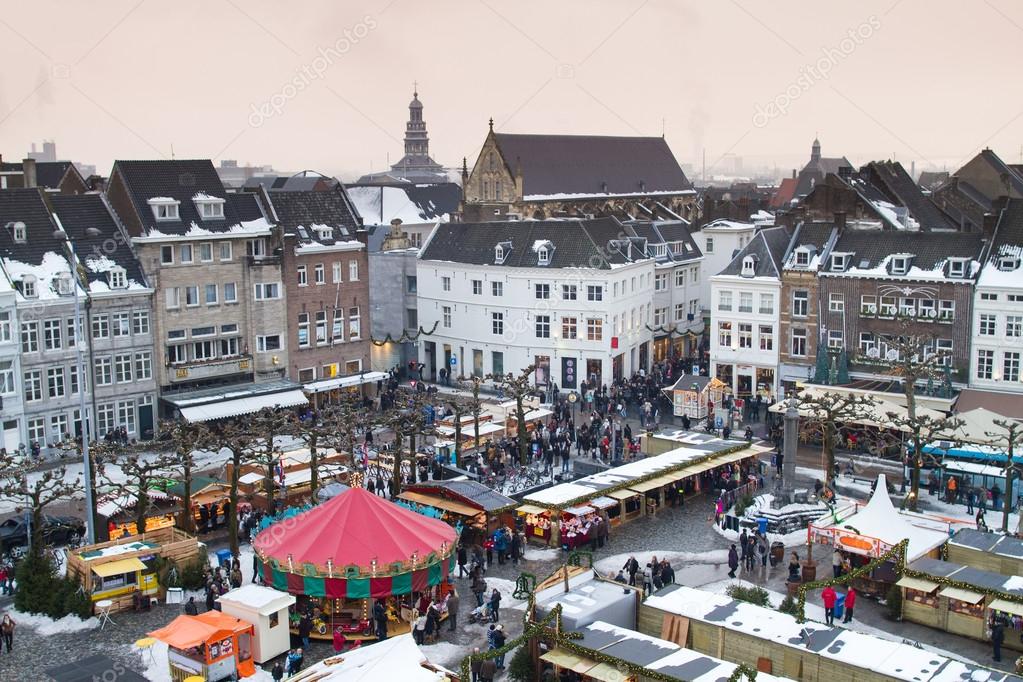 Maastricht’s imposing City Hall was built during the 17th century. The building is the creation of Dutch architect Pieter Post and was completed in 1664. The highlight of the building is its tower, built in 1684, with 49 bells still played regularly. Discover the beautiful interior featuring wall tapestries, ceiling paintings and stucco work. The City Hall is located on the Market Square, where the local food market is held on Wednesdays and Fridays.

Shop around the Wyck district

Maastricht has eight unique neighborhoods, each with a different character and atmosphere. Wyck is located on the border between the city center and outskirts, a charming mix of old and new architecture. Cross the bridge over Maas river and explore the city’s main shopping district. Walk along the cobbled stone streets and discover the stores of local and international brands. If you get hungry, stop by one of the many restaurants and cafes located in the area.

Located on one of the main squares in Maastricht, Sint Janskerk is one of the city’s most popular landmarks. Distinguished by its tall tower in red color, the gothic style church is a stunning building from the 15th century. The church is located close to the Sint Servaasbasiliek. Stop by the colorful statues located in the middle of the square, dedicated to the carnival celebrations the city is known for. 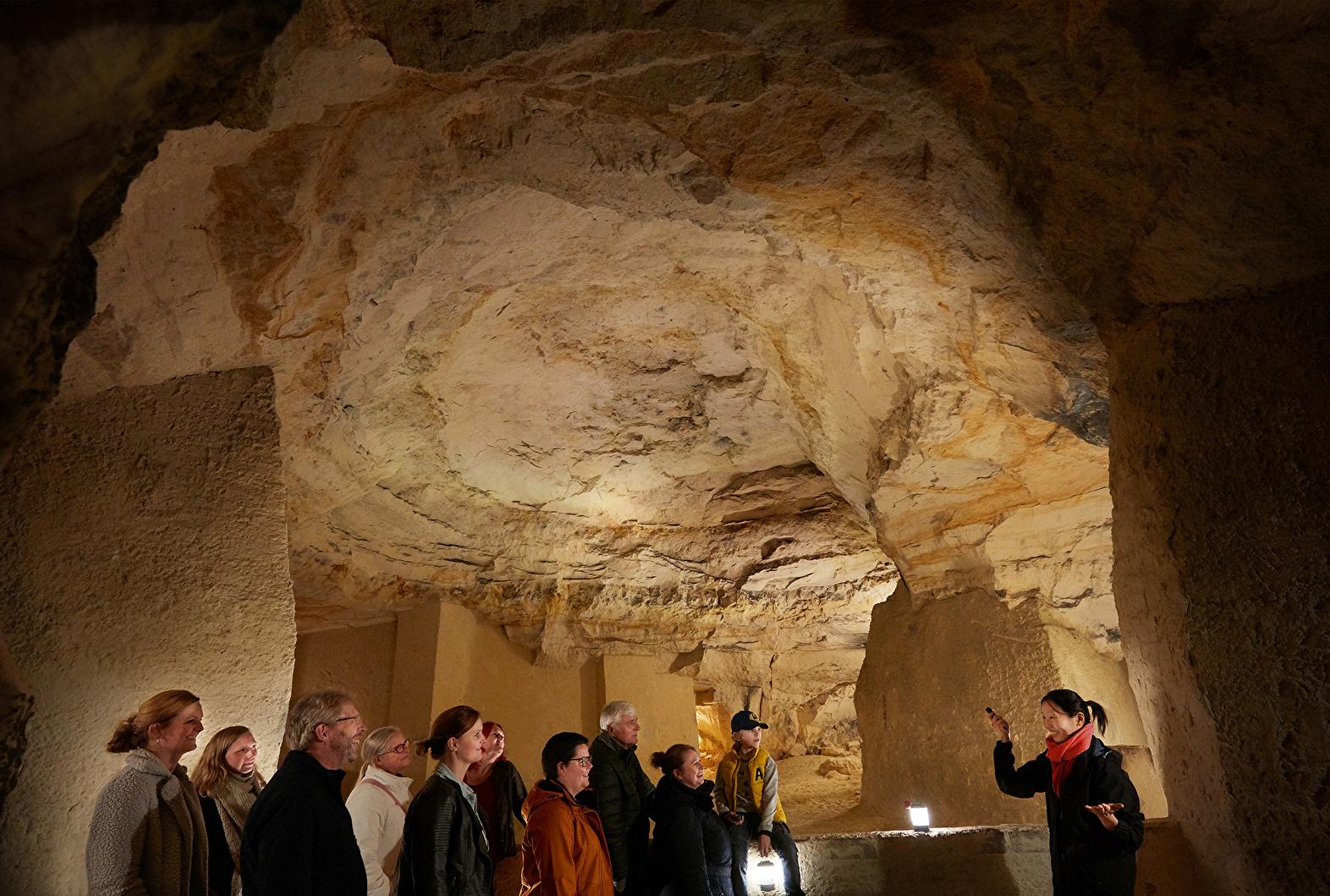 The marl soil near Maastricht is responsible for the construction of a series of caves around the city. The landscape was used by people to construct the city’s defenses. Nowadays, the area is known as Maastricht Underground. The name combines the activities at North Caves, Zonneberg Caves, Casemates, Fort St. Piet and the ENCI quarry. Explore more than 20,000 passageways dug into the marl and see the stunning North Caves.