Whether you love listening to classical music or jazz, sipping on wine, or hitting the slopes, there’s a festival in Austria to satisfy all tastes.

Festivals in Austria are among the most prestigious in the world, attracting millions of visitors from across the globe each year. But while these popular events offer a full spectrum of cultural celebrations, music is, of course, a mainstay. As such, there are numerous festivals celebrating local composers such as Liszt and Mozart as well as more contemporary styles. That said, there are also major film celebrations, theater showcases, and events that bring together all the art disciplines. And then there are the more eclectic festivals that celebrate the quirks of Austria’s rich culture and history.

Whether you happen to live in Austria or are just passing through, here are 10 not-to-miss festivals held throughout the country.

Born out of a desire to turn Austria into a cultural superpower, the Viennale international film festival is one of the country’s most prestigious events, attracting more than 90,000 visitors each year. It was first held in 1960 to dispel the stark reality of the Cold War. Since then, it has grown to become one of the oldest and most respected festivals in the German-speaking world. As such, each October, the crème de la crème of European cinema descends on Vienna to celebrate the year’s best documentaries, short films, and experimental forays in cinema. 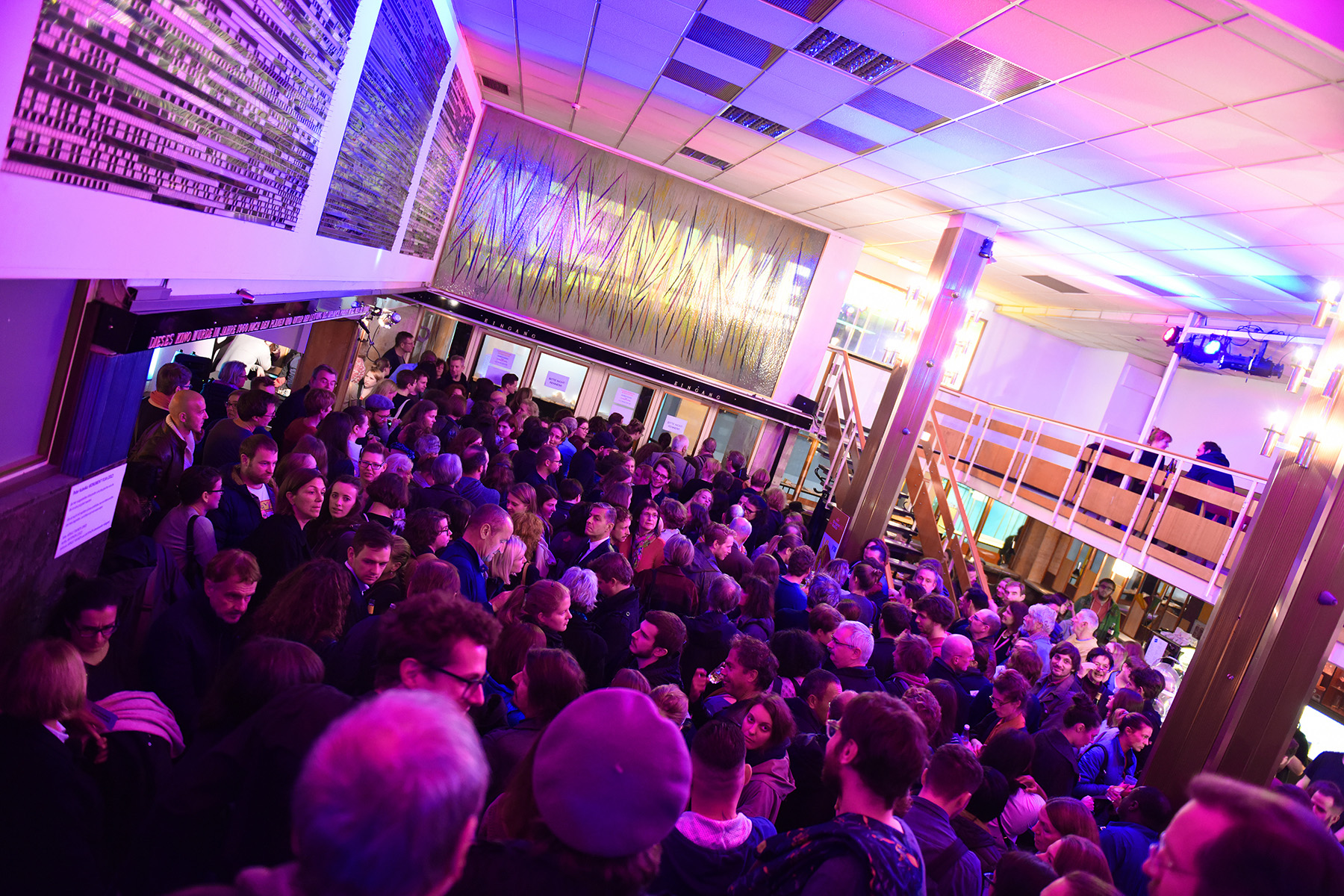 These cinematic luminaries take over the many old cinemas in the city’s historic center for screenings, director talks, and galas. Needless to say, this is an absolute must-visit for movie buffs living in Austria.

A true celebration of the arts, the famous Salzburger Festspiele offers visitors a range of cultural experiences. Operatic turns, classical concerts, and dramatic performances come together in the charming Baroque city of Salzburg. Because of its commitment to high-caliber performances, the festival has become one of Austria’s greatest cultural highlights, and one of the most anticipated Austrian festivals on the calendar.

Since its founding in 1920, Salzburger Festspiele has drawn the best performers in the world to this charming Austrian city. Each year, the Vienna Philharmonic makes a much-anticipated appearance. Other notable musicians to have taken the stage include Anna Netrebko, Ricardo Muti, and Edita Gruberova.

Held every August, this beloved Austrian festival invites attendees to enjoy a wealth of top-tier classical and jazz concerts within the stunning grounds of the 13th-century Grafenegg Castle. Curated by Austria’s finest pianist, Rudolf Buchbinder, the much-anticipated event brings together international orchestras, soloists, and talented young musicians. Many consider it to be one of the most important orchestra festivals in Europe. 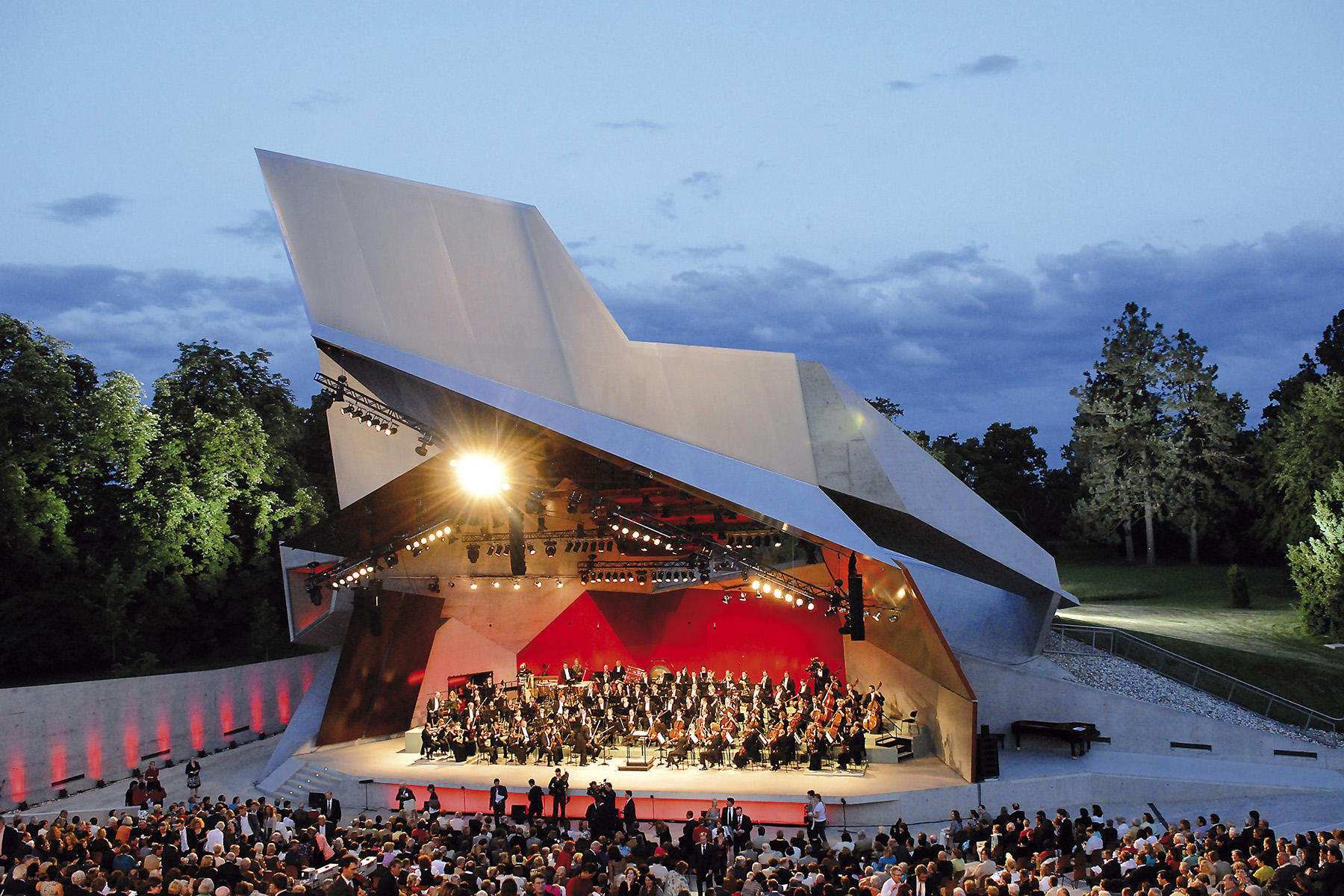 It also features one of the best outdoor stages in the world for its acoustics – the impressive Wolkenturm (Cloud Tower). However, although it takes its music very seriously, the festival is all about laid-back enjoyment. Indeed, guests can indulge in a variety of local food and home-grown wines from the nearby Wachau region. They can also enjoy picnics and walks in the castle gardens while listening to the thrilling program of performances.4. Danube Island Festival (Donauinselfest)

Referred to as ‘Donauinselfest‘ by the locals, the three-day Danube Island Festival has grown to become one of the largest open-air festivals in Europe and attracts millions of visitors each year. And the best part is, it’s totally free to attend. Boasting nearly 20 stages and numerous tented areas hosting rap, pop, rock, hip-hop, and folk concerts by international artists, the event is an absolute must-visit for music lovers. In fact, you could almost call it Austria’s answer to Coachella or Glastonbury!

Aside from a lively program of music, dancing, and entertainment, the festival offers plenty of food stalls and a park where visitors can hike, swim, cycle, or otherwise enjoy the great outdoors. There are also numerous events and activities to keep little ones entertained.

The ultimate Austrian festival, Vienna Festival Weeks is a six-week-long cultural event that takes over the capital for five or six weeks in May and June. The inaugural event in 1951 was an effort to prove Austria’s cultural antecedents in the wake of WWII. However, now, it is an innovative, international event that includes dance, music, fine arts, workshops, theater performances, and more. A commitment to innovation means that the festival always presents new expressions of artistic endeavors. This experimental ethos is why this is one of the most exciting annual events in the cultural world. Truly, Austrian festivals do not get better than this.

Composer Franz Liszt turned the music world on its head in the 1800s. Indeed, his new approach to piano music and his avant-garde style of musical composition captivated audiences across the globe. And that is why every year, in June and October, the small village of Raiding in the Burgenland celebrates its hometown hero at the Liszt Festival.

During the event, visitors can enjoy a series of riveting performances at the town’s award-winning Liszt Center Raiding (Lisztzentrum Raiding). And, if they want to know more about the legendary pianist, conductor, composer, and music teacher, they can visit his birthplace, which is now a museum, located next door to the concert hall.

Austria is home to many quirky traditions and festivals, but few are as captivating as Sonnenwende. This cultural festival is held in celebration of the longest day of the year and takes place in the Wachau region of Lower Austria. Here, the picturesque UNESCO-listed Danube Valley provides an idyllic backdrop for this popular Austrian festival. 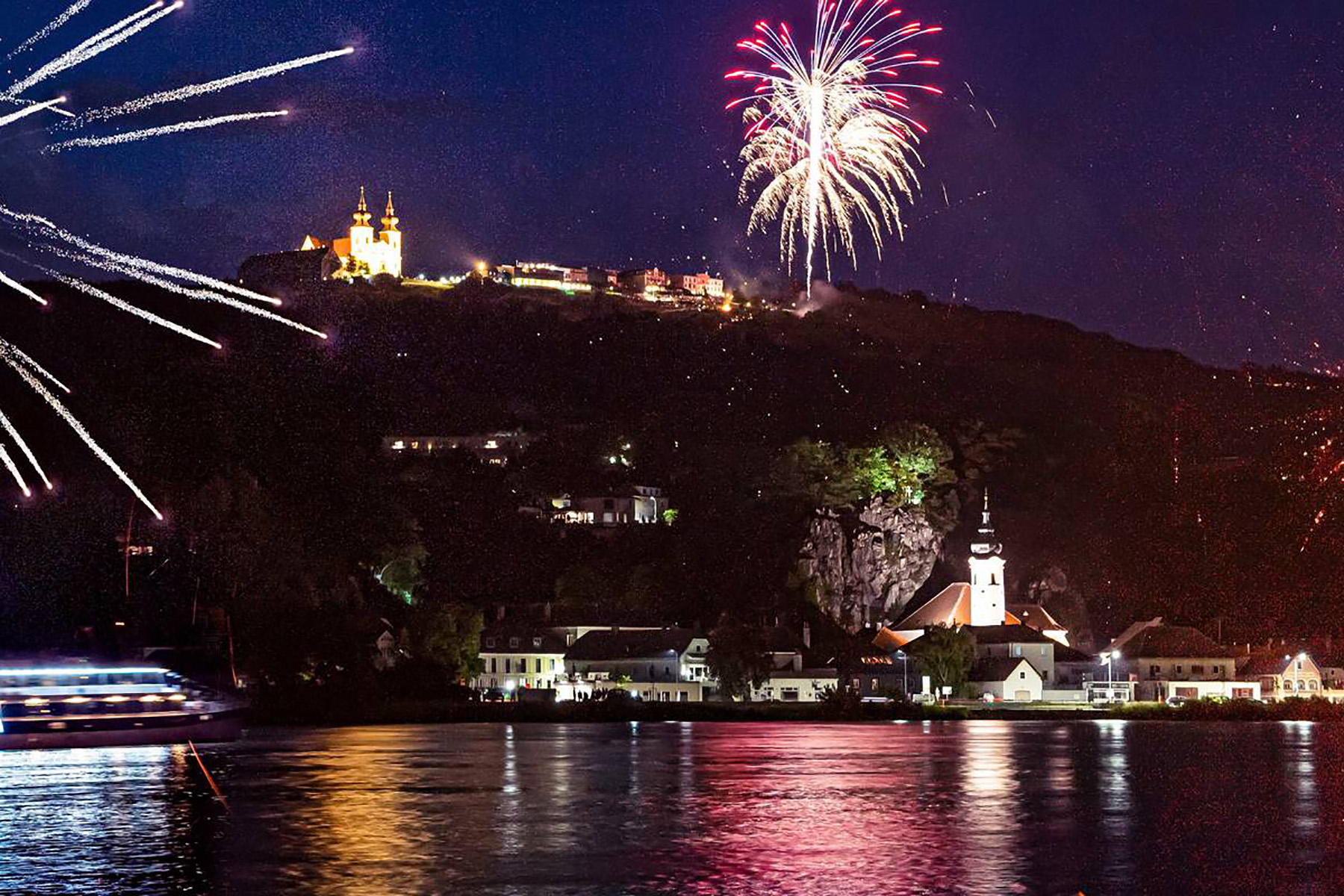 The summer solstice is celebrated with artful bonfires, incredible fireworks displays, and thousands of floating lights that dance on the surface of the Danube River. Needless to say, there is a sense of magic in the air during this unforgettable celebration. In fact, the spectacle is so magnificent that cruise ships often dock along the river so that passengers can enjoy the show and lap up the atmosphere.

Every May, Austria’s single largest food festival brings together over 200 exhibitors showcasing the full diversity of Austria’s regional cuisine. In fact, this is the ultimate place to try everything from Viennese wine and Salzburg Schnapps to regional cured meats and pastries and jams from the country’s far-flung villages.

During the course of the weekend, Austria’s foodies descend on Vienna’s Stadtpark to enjoy the alfresco event while exploring a wealth of hard-to-find foods. While there, they can also find beautifully-packed produce to take home or give as presents to their friends or family.

9. Long Night of the Stages

Held in the picturesque city of Linz in Upper Austria, Long Night of the Stages is a marathon of the arts, featuring nearly 200 events held across nearly 30 venues. Spanning theatre performances, dance shows, art installations, interactive stagings, and so much more, the goal of the festival is to provide accessible culture to all. This is perhaps why tickets to the event are an affordable €12. 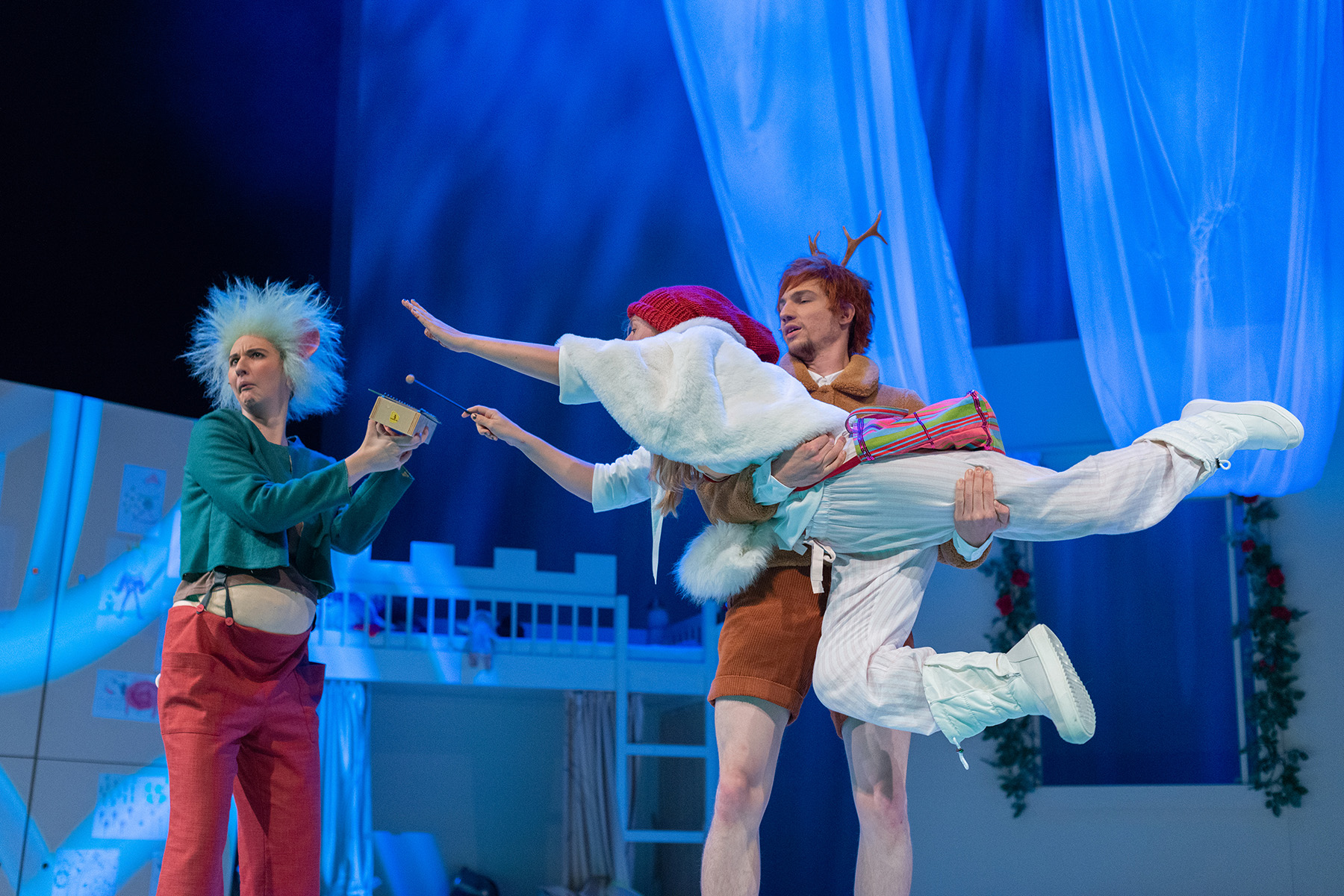 The festival also offers plenty of entertainment for little theatergoers, including music and dance events, plays, and activities. And it’s not just the stage that plays host to all the action, as you can expect to catch performances in public spaces such as bank foyers and even buses.

Since its humble beginnings in 2005, Snowbombing has evolved into Europe’s biggest snow and music festival. Held every April in the beautiful surrounds of the Mayrhofen ski resort in Tyrol, the popular event features live music performances, raucous DJ parties, and – the real star of the show – a snowpark where visitors can enjoy snow games, cable car raves, chairlift speed-dating, and more. Throughout the day, they can also savor traditional alpine cuisine featuring organic and locally-grown ingredients, regional wines, and beer; in between relaxing in spas and rooftop jacuzzis.

27 Top-Rated Tourist Attractions & Things to Do in Vienna