Many of the top attractions in Alberta are a testament to the power of nature, from the ancient glaciers that top the Rocky Mountains to the canyons, waterfalls, and lakes formed by their predecessors. For those of us who prefer a more urban experience, there’s also no shortage of impressive attractions in the province’s two major cities. 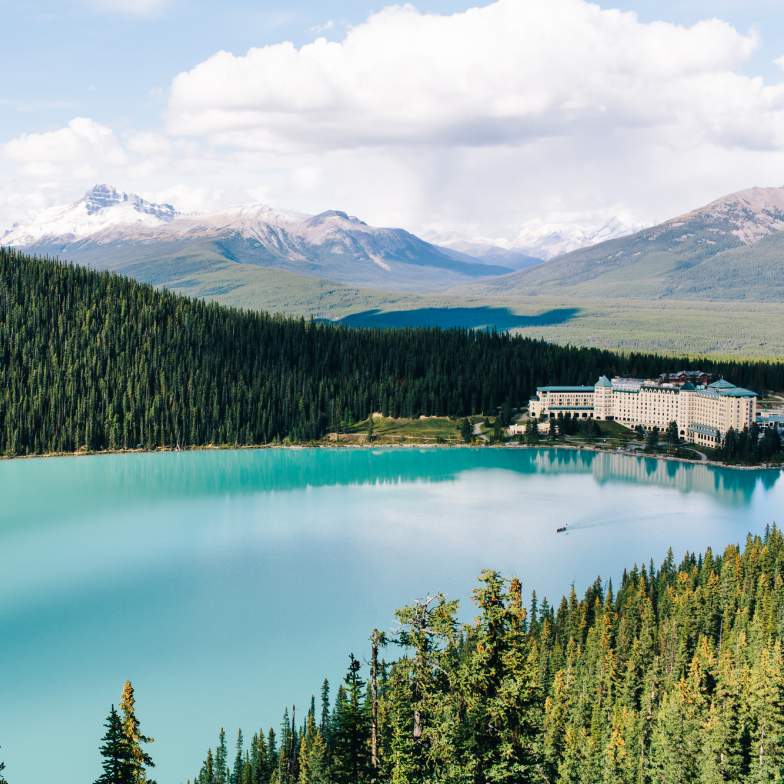 Banff National Park is home to two of the most beautiful lakes in the world. First, Moraine Lake is a glacier-fed lake located in the Valley of the Ten Peaks. Rent a canoe and slide across the bright blue lake, which gets its color from the silt brought in by the glacier water. If the weather’s nice, grab your camera and enjoy a hike around the shoreline, taking in the incredible summits that circle Moraine. The more famous of the two lakes, however, is probably picturesque Lake Louise. The turquoise blue lake sits in front of a range of mountains and the Victoria Glacier, making it serious postcard fodder. You can paddle on the water, walk a trail along its edges, or simply do what tens of thousands of people have done before you: Instagram the heck out of it. Though it’s very close to the city of Calgary and makes for a great day trip, many people choose to stay nearby at the stunning Fairmont Chateau Lake Louise. 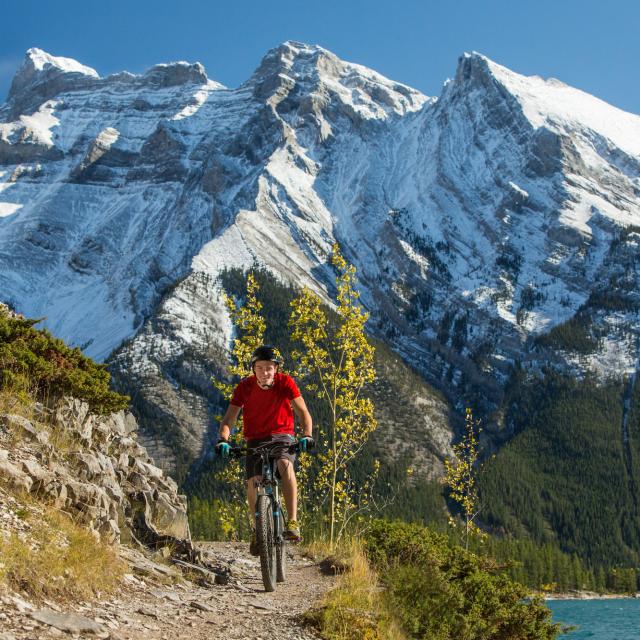 The biggest lake in Banff National Park, Lake Minnewanka is 13 miles in length and requires an hour-long boat cruise to see it from every angle. Of course, there are also a number of trails around the glacial lake which provide their own beautiful views of the serene blue-green water. Beyond the natural beauty, Minnewanka is also rich in history. It was named the “Lake of the Spirits” by the Aboriginal people that hunted and even lived along its shores as early as 10,000 years ago. The elk, mule deer, mountain goats and bears that they turned to for sustenance can still be found around the lake today. 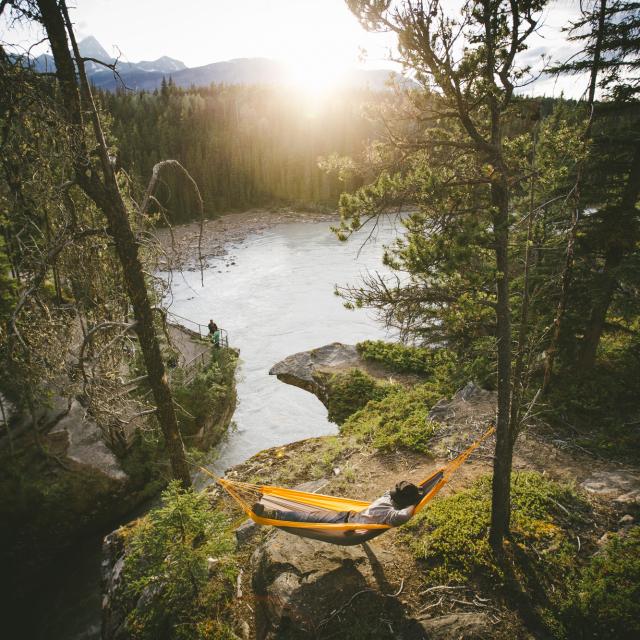 It was a glacier that slowly tore through the rocks and formed the canyon that now houses the Athabasca Falls. That same glacier now provides the water which falls 75 feet down this Jasper National Park waterfall. Seventy-five feet might not seem that high, but what it lacks in height it makes up in sheer power. Designated paths in the area will bring you to safe lookouts where you can peer into the canyon, feel the spray of water on your face, and see the real force of this natural wonder in action. 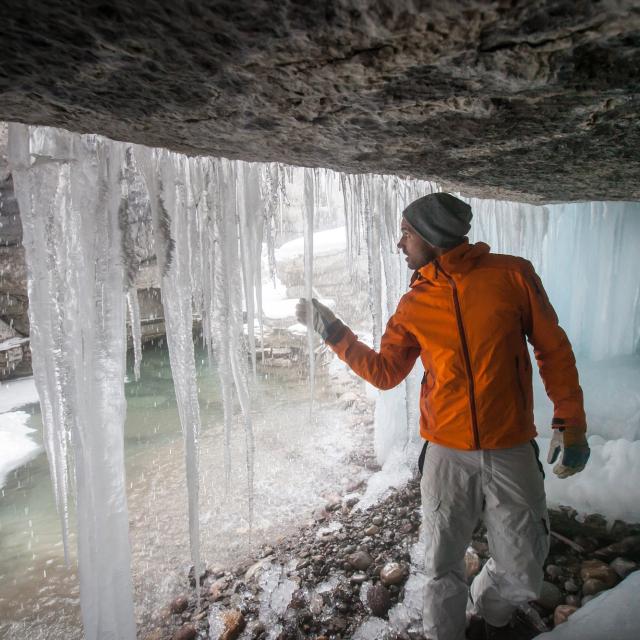 The 160-foot deep Maligne Canyon, also in Jasper National Park, is a sight to behold in the summer. It plays home to fossils, waterfalls, unexpected animals and lush plant life. Take a self-guided tour, crossing the gorge on four different bridges, each with its own unique views. But you might want to wait until winter; this attraction really becomes otherworldly when the temperature drops below freezing. Strap on your sturdiest ice cleats, move through the frozen canyon and see if you can keep your jaw from dropping to the floor. 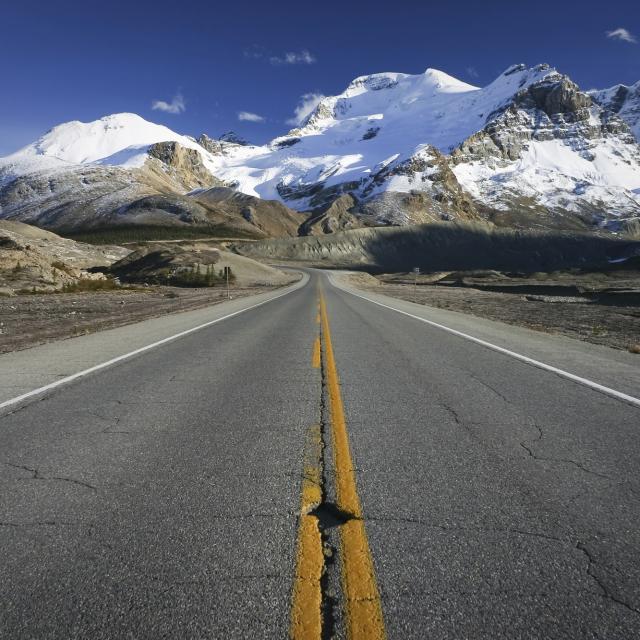 Once upon a time, the huge mountains of the Canadian Rockies were covered in ice. Some of that ice still rests in those mountains, and a journey along the Icefields Parkway brings you right to their front door. More than 100 glaciers sit along this scenic stretch of road between Jasper and Lake Louise, each one more impressive than the last. The star of the show? The Columbia Icefield, which is the largest icefield in the Rockies. To see the icefield in all its glory, take a Glacier Adventure tour. You’ll board an Ice Explorer — a huge bus-like vehicle specifically designed to take on the icefield terrain — and head out onto the Athabasca Glacier. Walkout onto the ice and drink fresh glacial water. Then, head out onto the Glacier Skywalk, a cliff-edge walkway with only glass between you and the ground, 918-feet below. 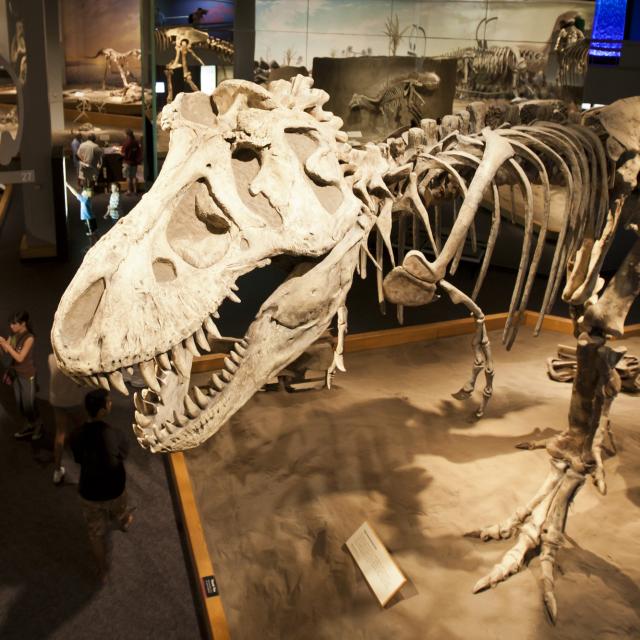 Around 75 million years ago, the town of Drumheller, Alberta, about an hour and a half northeast of Calgary, was a hotbed of dinosaur activity. That, in turn, turned Drumheller into a hotbed of dinosaur fossils, and lead to the creation of the Royal Tyrrell Museum of Palaeontology. The museum is located in the Canadian Badlands, where it collects, preserves and presents the paleontological (read: dinosaur) history of the region. With one of the biggest displays of dinosaur skeletons in the world and over 160,000 individual specimens, the Royal Tyrrell Museum is a must-see for both science lovers and fans of Jurassic Park. 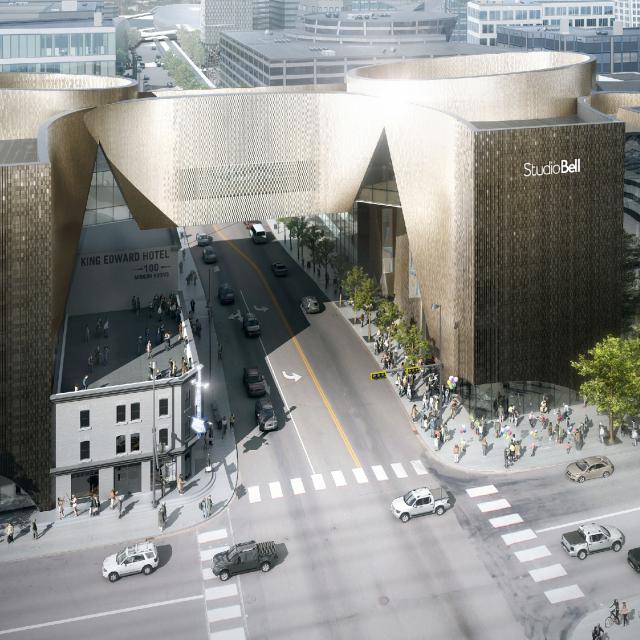 Calgary’s National Music Centre, based in the soon-to-be-opened Studio Bell, is a national organization devoted to all things music. This, of course, includes musical performances, which will be held in a 300-seat performance space. But it also includes the recording of music, in a number of state-of-the-art studios; it includes the study of music and music technology; and it includes the promotion of musical education and history, with the help of over 2,000 musical artifacts and 22,000 square feet of exhibitions telling stories of music in Canada. In other words, if you love music, the National Music Centre is a place to embrace your passion and find like-minded people to share it with. 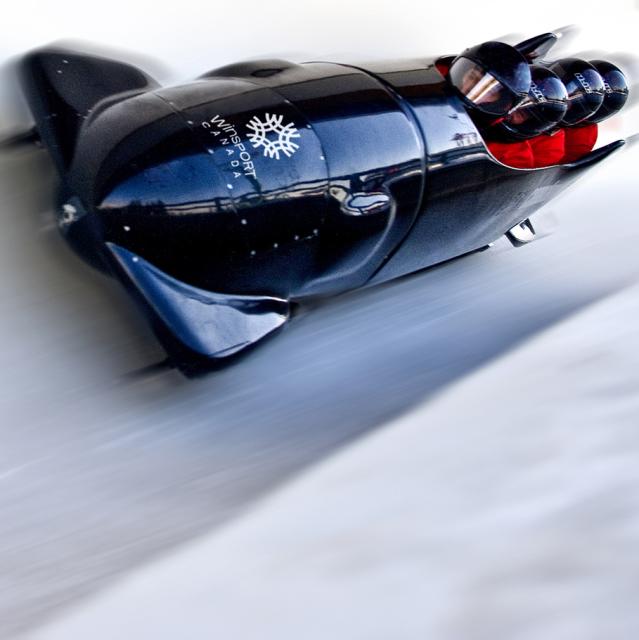 Have you ever watched the Olympics and thought to yourself, “I want to try that!” Calgary’s WinSport is your chance to follow through. WinSport operates Canada Olympic Park, a primary venue for the 1988 Winter Olympics. The site now doubles as a world-class training facility and adventure park, where you can ride the fastest and longest single zipline in North America from the top of a ski jump, or grab a seat in the back of a bobsled and ride the course that made the Jamaican bobsled team famous. Luge, mountain biking and a climbing wall round out this adrenaline-packed attraction. 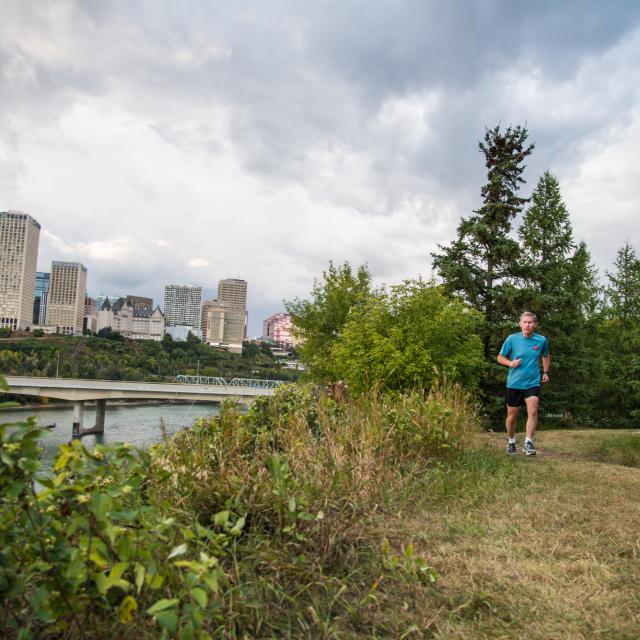 Edmonton’s River Valley is the largest stretch of urban parkland in North America. Its 18,285 acres is 22 times the size of Central Park in New York. Appropriately, the Valley contains 22 major parks, each of which is home to outdoor activities and all the green space you could want. Cycle, walk, jog, snowshoe or ski over 90 miles of trails. For a different perspective of the park, take a Segway tour or head out on the North Saskatchewan River in a canoe, kayak or paddleboard. Maybe you’d rather just lay down a blanket for a picnic in the park? Public barbecues are there to be used. If you enjoy escaping the city for a day amongst nature, the Edmonton River Valley is calling your name. 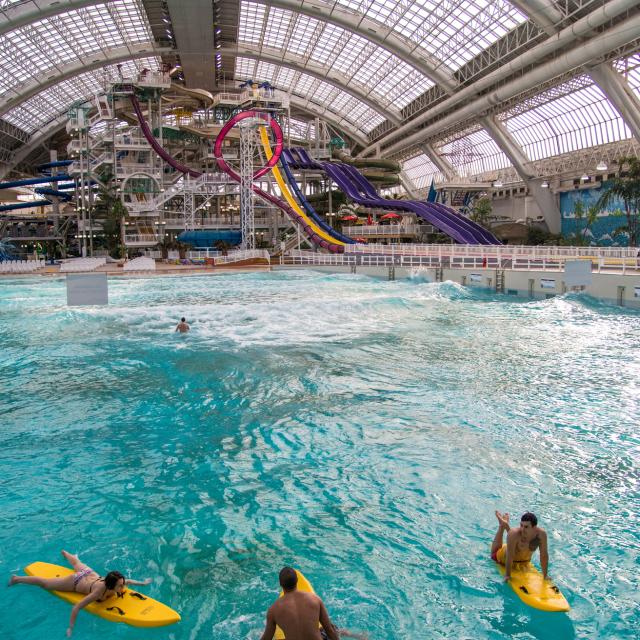 How many shopping malls can boast they have the world’s largest indoor amusement park, largest indoor lake, largest indoor wave pool, a skating rink and a zoo? Oh, and over 800 shops and 100 eating establishments? Only one. The West Edmonton Mall, at over 5.3 million square feet, is the biggest shopping mall in North America and is said to be the size of a small city. Whether you’re learning to skate, playing mini-golf, riding a roller coaster or just shopping the day away, you’re never short on things to see and do at this massive mall. In fact, you could spend an entire weekend in the West Edmonton Mall, and only scratch the surface of what there is to discover.