The life of Eddie Aikau is the incredible story of the ultimate waterman. The surfer, lifeguard, family man, friend, traveler, musician, and hero inspired future generations of wave riders worldwide.
Why? Because “Eddie Would Go.” Edward Ryon Makuahanai Aikau was born in Kahului, Hawaii, on May 4, 1946.

He was the second-oldest of the five Aikau kids and the leader of their pack, since their earliest days on Maui, through to their surfing days on the South and North Shore of Oahu.

“Eddie was a pretty quiet guy, but when there was a challenge, or some risk to be taken or a game to be played that everybody wanted to win, Eddie seemed to rise to the top. He was high risk at an early age,” says younger brother Clyde Aikau.

Eddie was the first official lifeguard hired by the City & County of Honolulu to work at Waimea Bay, on Oahu’s North Shore, back in 1967. At the same time, he challenged the biggest waves on offer in the Hawaiian Islands.

The two brothers worked together for ten years up until 1978 and never lost one person. At the time, there were no jet skis or zodiacs – just two youngsters with a board and swim fins.

During his career as a lifeguard at Waimea Bay, Eddie Aikau managed to rescue and save the lives of over 500 people. 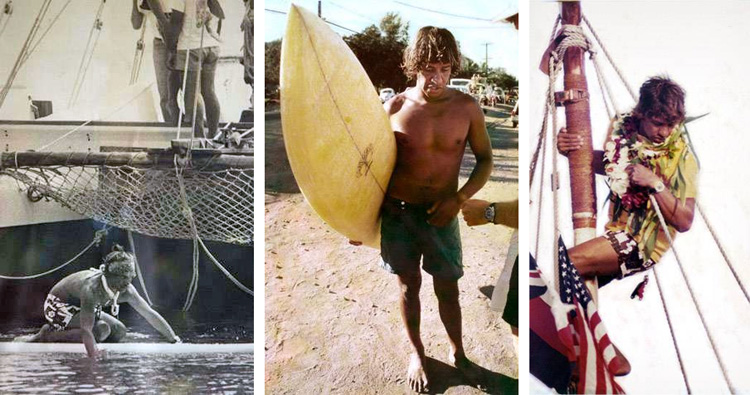 Eddie took on every major swell to come through the North Shore from 1967 to 1978. As a competitor, his best contest result was a win in the 1977 Duke Kahanamoku Invitational Surfing Championship.

Eddie Aikau saw big wave surfing not as a competition but as a personal goal. He dreamed of reaching the height of his heroes.

In 1967, Eddie cracked a giant swell at Waimea Bay and made his mark in the world of big wave riding.

To this very day, November 19, 1967, remains the biggest day ever surfed at Waimea Bay.

During the early to mid-1970s, Eddie traveled to South Africa, South America, and Australia to participate in a few early-era pro-surfing events. 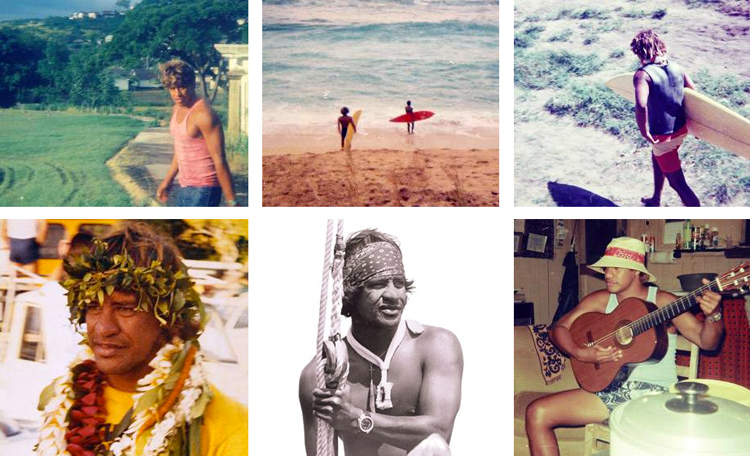 A Warm and Gentle Person

He was always a central figure in bringing people together and a pivotal character in maintaining calm and camaraderie on the North Shore when competition intensified the lineups.

Eddie Aikau has never had any children of his own, but his compassion and care extended to all who came within his reach. He and Clyde were famous for entertaining people at parties and luaus.

The 1970s represented an incredible time in Hawaiian history and for the Aikau family. The music that was coming out of Hawaii expressed that particular period.

The North Shore was a quiet place where waves could be 35 feet, but no one was on the beach.

According to maritime historian Mac Simpson, Aikau was already a legend on the North Shore before his death. “The expression ‘Eddie would go’ actually predates Hokule’a,” Simpson noted.

“He was already doing what no one else dared to – pull people out of Waimea Bay’s big surf. And that’s where the phrase came from: Eddie would go when no one else would or could.” 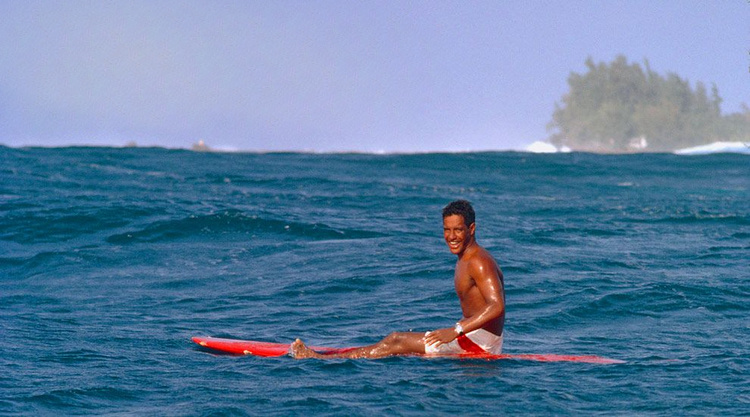 The Death and the Legend of Eddie Aikau

When he was not on the North Shore pulling people out of the heavy surf, Eddie dedicated his time to other hobbies and interests he had.

In 1978, Aikau was among a handful selected to join the cultural expedition of the Polynesian, double-hulled voyaging canoe Hokule’a, which set sail from the Hawaiian Islands on March 16, 1978 – more specifically from Magic Island, Oahu – and bound for Tahiti.

Hokule’a soon encountered treacherous seas outside the Hawaiian Islands, and the canoe capsized.

On March 17, after a wild night adrift, Aikau paddled his board toward Lanai, searching for help for his stranded crew members.

He was never seen again. The ensuing search for Aikau was the largest air-sea search in Hawaiian history. The body and soul of the well-known Hawaiian lifeguard and surfer lie on the Pacific Ocean forever.

Ironically, the rest of the crew were later rescued by the U.S. Coast Guard Cutter Cape Corwin.

In 1984, the Quiksilver In Memory of Eddie Aikau was established at Sunset Beach in his honor. The event moved the next winter to Waimea Bay and has been a fixture there ever since.

For the 2019/2020 edition, the contest was renamed. The Eddie Aikau Big Wave Invitational only runs when swells reach a minimum height of 20 feet.