Encompassing sandy beaches, serene lakes, jagged coastlines and wild forests, Canada’s national park system is one of the world’s oldest and most extensive. Whether you want to camp in the remote wilderness or admire the natural views from the window of a luxury resort, the country’s diverse parks truly offer something for everyone. Here are 12 national parks in Canada that you need to check out. 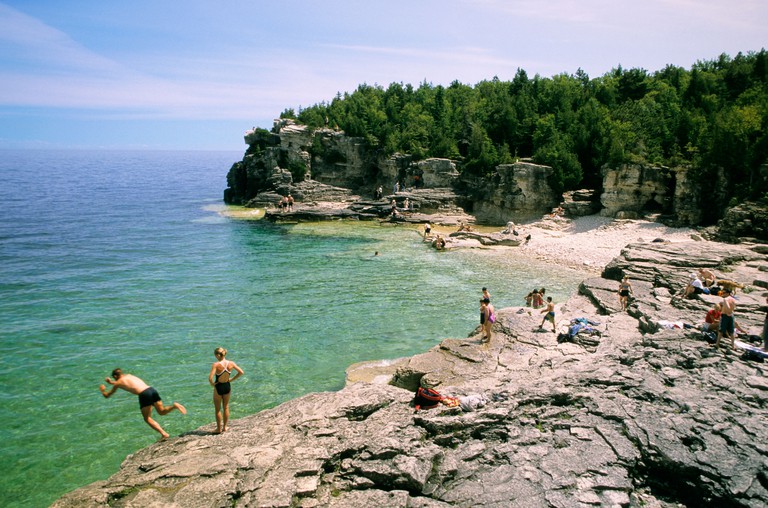 One of southern Ontario’s largest protected areas, Bruce Peninsula National Park features rare orchids and 1,000-year-old cedar trees. On its eastern coast, the park is bounded by the spectacular Niagara Escarpment, a designated biosphere reserve, and, on its western coastline, you’ll find incredible beaches on the shores of Lake Huron. Stop in at the visitors’ center, home to a 65ft (20m) observation tower, offering wonderful views over the park, and check out one of its best-known attractions, the Grotto, a scenic limestone cave located between Marr Lake and Georgian Bay hiking trails.

Gros Morne National Park takes its name from the province’s second-tallest mountain peak and comes from a French expression meaning ‘big, gloomy place’ – an appropriate description of the park’s hauntingly barren lowlands, austere mountains, and glacier-carved fjords. Its spectacular Tablelands have earned the park a UNESCO World Heritage Site designation. Made of bronze-colored rock usually found deep within the earth’s mantle, they were instrumental in helping geologists prove the theory of plate tectonics. Hike over 60mi (97km) of trails through wild mountain ranges, explore tiny seaside communities or watch as minke whales feed in the park’s Bonne Bay. 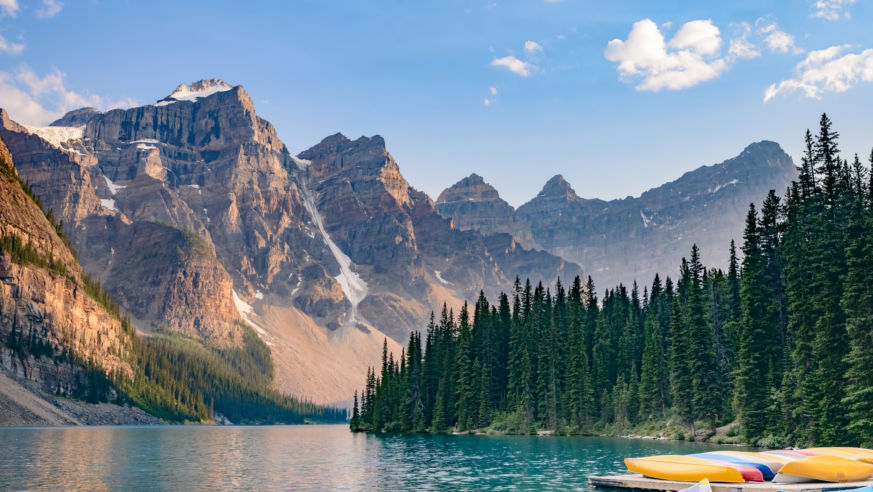 Established in 1885, Banff was Canada’s first national park. Part of the Canadian Rockies, this park is home to jagged mountains, bright turquoise lakes, dramatic valleys, and untouched stretches of coniferous forest. Its mountains are between 45 and 120 million years old, with the highest, Mount Forbes, reaching 11,850ft (3612m). The park encompasses more than 1,000mi (1609km) of hiking trails, and the Banff Upper Hot Springs offer visitors a chance to soak in the beauty of natural mineral springs. Its six large resorts invite visitors to discover its wonders without sacrificing homely comforts. 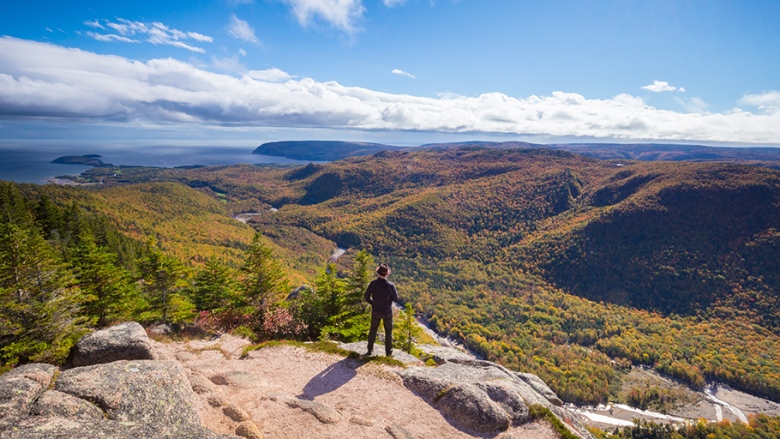 Despite being one of Canada’s smaller national parks, this spot on our list is home to a diversity of habitats and a must-visit for wildlife enthusiasts. Here, you’ll find everything from black bears and bison to rare flora and fauna. Riding Mountain National Park is situated atop the Manitoba escarpment — a landscape characterized by towering peaks, sparkling lakes and miles of the boreal forest. Having an extensive trail system, the park also offers opportunities for hiking, biking, horseback riding and cross-country skiing. 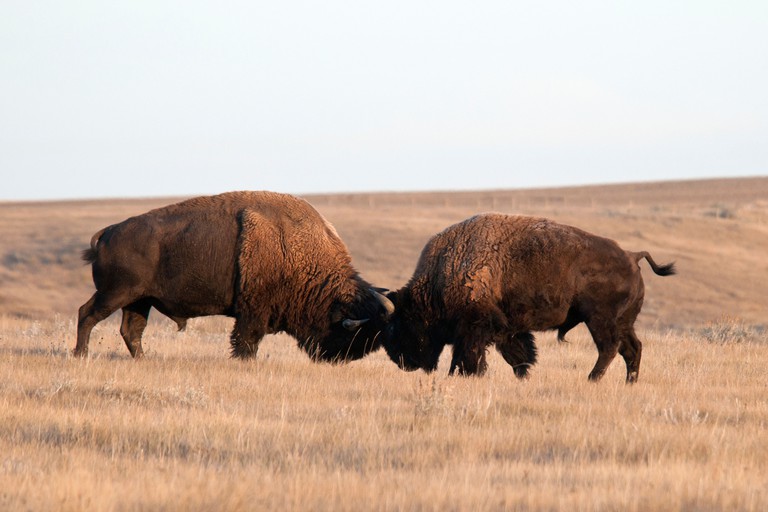 Grasslands National Park captures the vast fields and gently rolling hills that define Saskatchewan’s landscape and is the first in Canada to preserve a section of mixed prairie grasslands. Despite its harsh climate, with temperatures ranging from -7F (-22C) all the way up to 104F (40C), it’s also home to a complex ecosystem, providing a habitat for the likes of bison, ferrets and endangered species like the black-tailed prairie dog. Don’t miss the hike leading to 70mi (113km) Butte, the highest point of land in the area. This flat-topped promontory rises up 325ft (99m), providing amazing views of the surrounding grasslands. 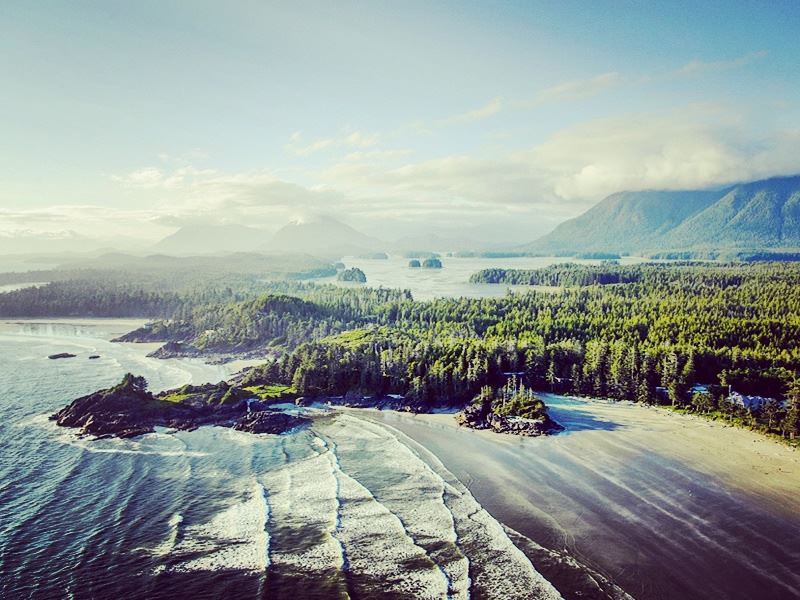 Pacific Rim National Park Reserve is home to windswept beaches, old-growth forests, and rugged coastlines. Located along Vancouver Island’s western shoreline, the park stretches intermittently for 75mi (121km) between the towns of Tofino and Port Renfrew. The park is divided into three distinct regions: Long Beach, known for its sandy beaches and excellent surfing conditions, the Broken Group Islands, an archipelago of over 100 islands and islets found in Barkley Sound, and the West Coast Trail, a challenging 45mi (72km) hike that passes waterfalls, sandstone cliffs and beaches.

La Mauricie National Park covers 212sqmi (549sqkm) of land between Quebec City and Montreal. Founded in 1970, the park preserves a large section of the Laurentian Mountains, which have rounded peaks and are one of the world’s oldest mountain ranges. The park is bounded by the Saint Maurice River in the north and the east, as well as the Matawan River in the north-west. It consists of a densely forested landscape broken up by more than 150 lakes of various sizes. Evergreen forests are found toward the north, while the south features more hardwoods. 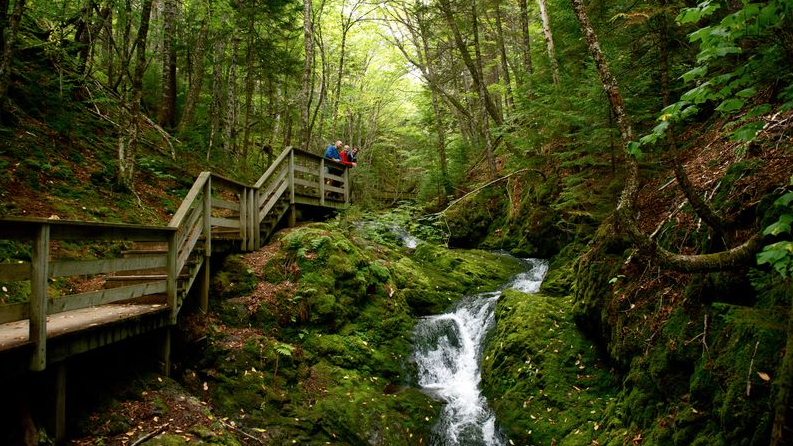 Located on New Brunswick’s east coast, this maritime treasure stretches over 50,000 acres (20,234ha), encompassing approximately 8mi (13km) of shoreline around the Bay of Fundy and covering a vast area of Acadian forest. Visitors come here to witness the world’s highest tides, where waters rise up to 12m (39ft) every day. The Bay of Fundy’s wide stretches of beach also allows you to take a stroll at low tide. The park has miles of hiking trails to explore, leading towards cascading waterfalls. It’s also a popular camping spot, where luxury yurts provide a unique experience. 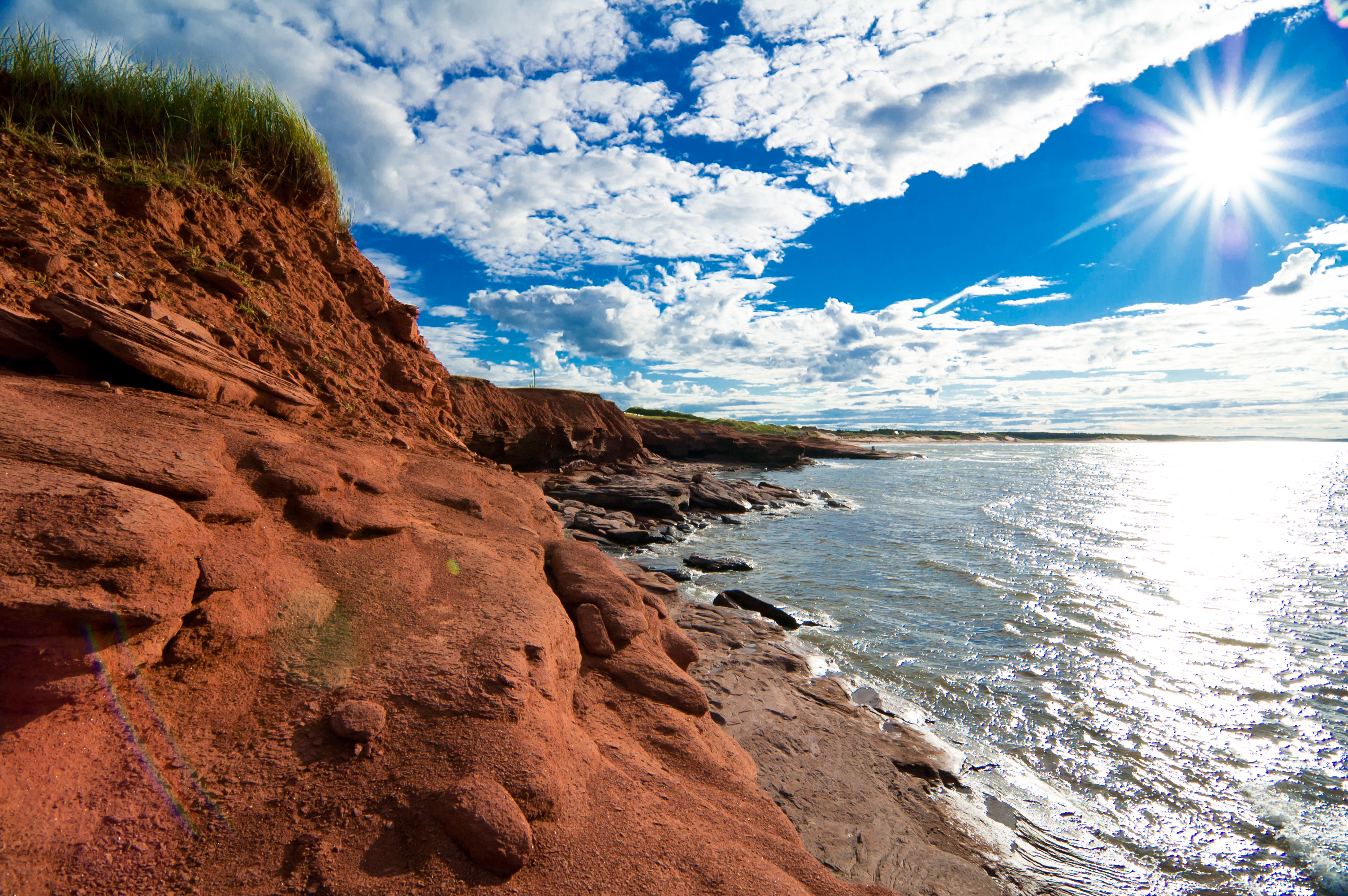 Prince Edward Island National Park comprises 25mi (40km) of secluded, red-sand beaches, enormous dunes topped with marram grass, meadows and salt marshes. The original section of the park is located along the north shore of the island from Cavendish to Dalvay, while a separate section is found 15mi (24km) east on the Greenwich Peninsula. The park is teeming with wildlife, such as red foxes, coyotes, beavers, mink and weasels, as well as more than 300 bird species. This family-friendly park also offers a regular lineup of interesting cultural and ecological programs for people of all ages.

Home to the world’s deepest river canyons and a waterfall twice the height of Niagara, Nahanni National Park Reserve is a UNESCO World Heritage Site. Located in southwestern Northwest Territories near the border with the Yukon, the park spans 11,583sqmi (30,000sqkm). It’s named for the South Nahanni River, whose whitewater torrents rush 200mi (322km) through the rugged Mackenzie Mountains, offering some of the country’s best whitewater canoeing, kayaking and rafting. Most day-trippers head to the 302ft (92m) Virginia Falls to see the dazzling vistas from the top of its viewpoint.

One of Canada’s smallest national parks, the picturesque Thousand Islands National Park is home to a chain of over 20 granite islands dotted around the Saint Lawrence River. Pine forest, marshland and lush terrain can be found here, along with some of the richest wildlife populations in the country. Catch a glimpse of rare turtle and bird species in one of the park’s many secluded bays or waterways where you can also hire kayaks and powerboats. The park’s hub, Mallorytown Landing, has ample picnic and camping sites, as well as an interpretive center, an aquarium and a theater.