From transformative lakes to underground ice palaces, Austria is full of exciting cultural experiences and natural wonders. Here are 10 of the most memorable.

In terms of natural beauty, Austria has it all – dramatic, jagged Alpine landscapes, glittering lakes, and lush meadows. Hiking is one of the most practical ways to absorb the rural beauty at your own pace, and there are countless trails to be discovered all over the country. The area of Südsteirische Weinstrasse, comparable to Tuscany in Italy, takes you across winding roads, vineyards and trails often leading to a traditional inn, where you can sample local wines at the end of a long day’s hike. For a more challenging route, the 250-mile long Eagle Walk in Tirol carries you across precarious mountain paths, with intimidating elevation levels. 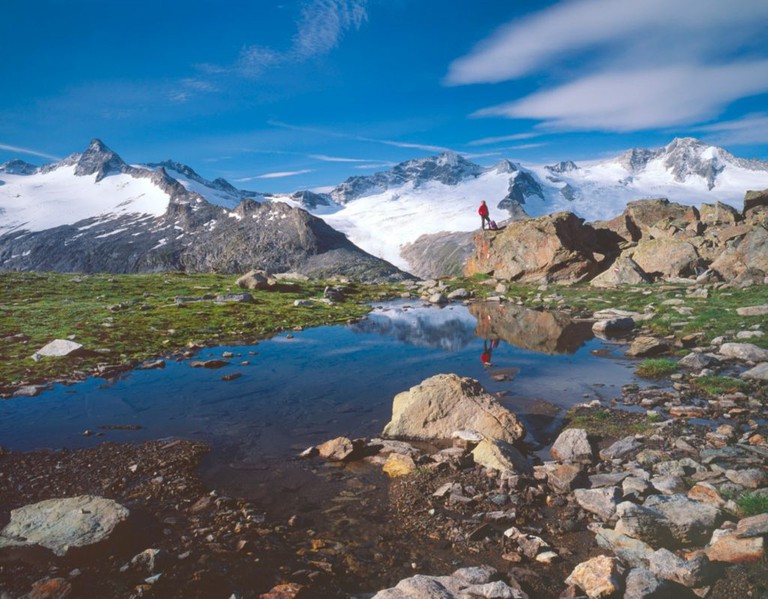 Soar like a bird above the clouds and admire the seemingly never-ending blanket of the snow-tipped Alps below. Starting in the provincial old town of Innsbruck, the Nordkette Cable Car propels you across diverse landscapes, from rooftops to unobscured panoramic Alpine glory, in under 15 minutes. Elsewhere in the country, Doppelmayr and Tyrolean Zugspitze Cable Cars offer equally awe-inspiring journeys into the heavens, for unrivalled views. 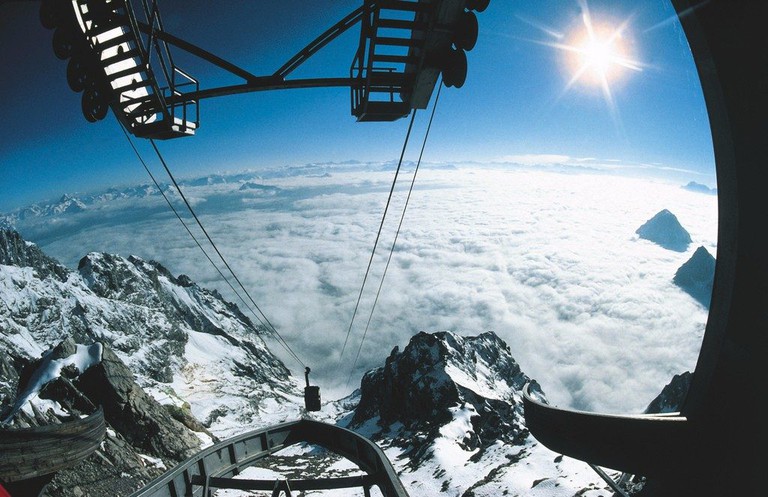 Crystal-clear waters, swimming pool temperatures and views of magical mountainous landscapes, Lake Erlaufsee in Lower Austria is a unique experience for watersports fans. Well-renowned for having extremely high levels of water quality, you will forget all about Austria being a landlocked country, as Erlaufsee’s sandy beaches that line the pristine shores are as tempting as any ocean. Boating, fishing and surfing are also popular activities to try. 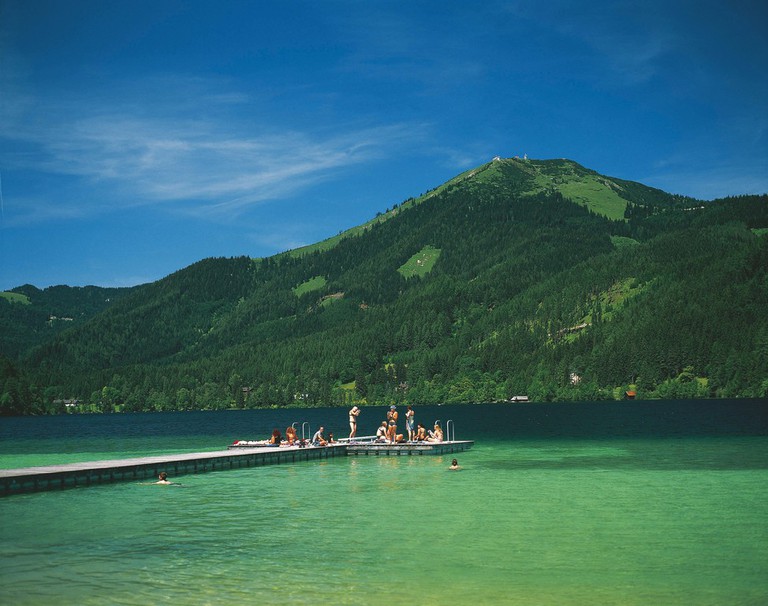 In summer, the Grüner See in the town of Tragoess, is a glittering lake and in winter, a national park populated by hikers. This intriguing phenomenon is not a supernatural phenomenon but an organic occurrence – though this doesn’t detract from its mystical atmosphere. This disappearing and reappearing act is caused by the temperature rising and falling throughout the year, causing the snow that gathers in the basin to melt and fill the lake with shimmering emerald waters.

Because the water’s appearance is so striking; a glossy, glassy, green hue – it has become somewhat of a honeypot for beady-eyed Instagrammers, who gather to capture this beautiful scene. However, restrictions have recently been applied in order to protect the lake’s wildlife, meaning that watersport fanatics will have to resist until further notice. 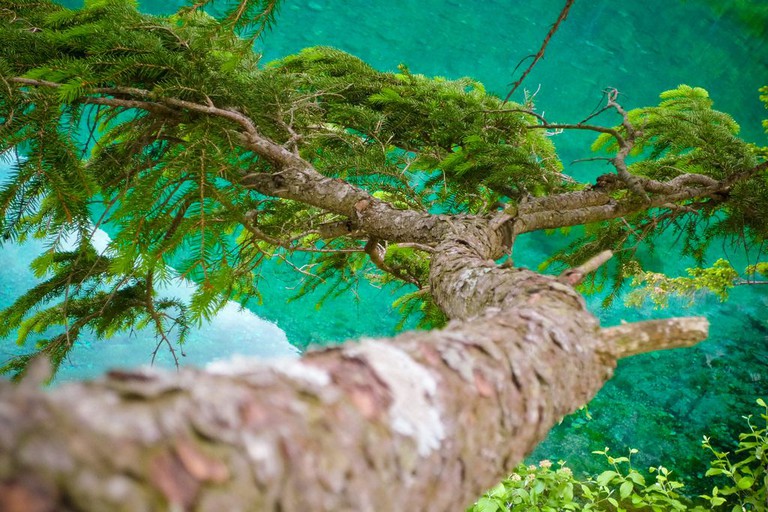 At first glance, this appears to be a beautifully arranged collection of sea shells, pearls or some precious stone. However, on closer inspection, you will notice that morbidly familiar parts begin to emerge. The Eggenburg Charnel, conspicuously located near the Parish Church St. Stephan in the district of Horn, Lower Austria, contains the remains of over 5,000 human beings, believed to be gathered and laid around the 1400s. It is one of the most peculiar, eerie and mysterious landmarks in the country. Due to the fragility of the collection, it is only possible to view this unusual artwork from afar, behind a thin pane of glass. 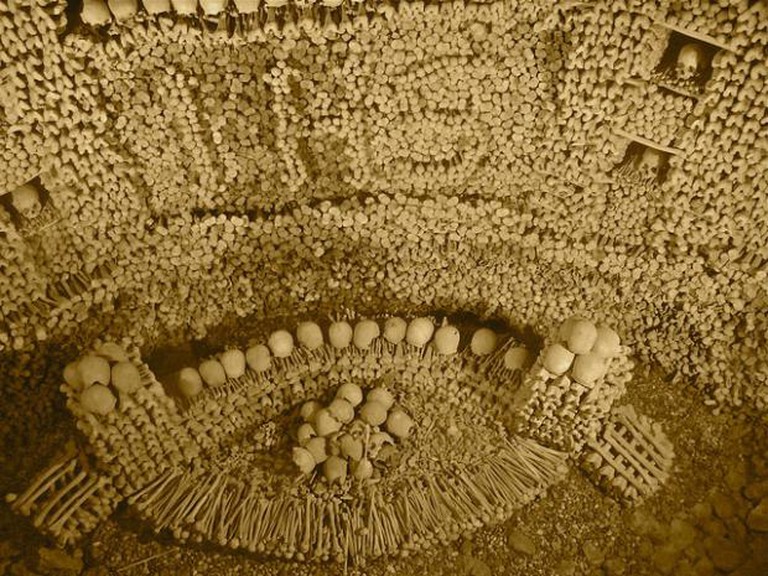 Located roughly an hour’s drive south of Salzburg’s city centre, the Eisriesenwelt underground formations are a fine example of nature producing art. The labyrinth, which stretches across a staggering 42km (26.1 miles), is the largest of its kind in the world and contains an awe-inspiring display of unique structures formed of ice and limestone. Resembling a palace fit for a snow queen, don’t miss its beguiling appearance on a trip to Austria. Open between May and October, you must book a guided tour to enter the caves. The caves near Obertraun, Upper Austria are also striking. 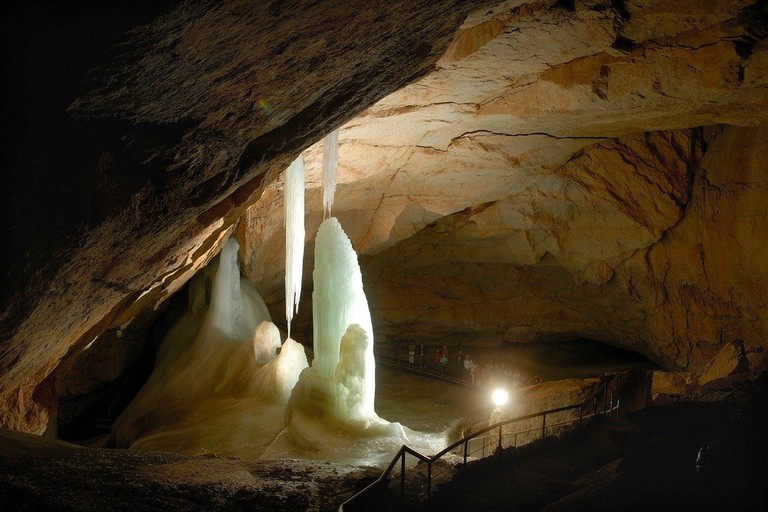 Another of Austria’s unique mythical natural wonders, the eerie tour through Seegrotte takes you through a series of low-lit chambers that were created in 1912, when an unsuccessful blasting operation caused water to flood the Hinterbrühl mine, resulting in the accidental formation of the largest underground subterranean lake in Europe. The natural monument is now hugely popular, with guided tours taking you by boat through the winding passages of this secret lair.

Stay in The Sewers

The prospect of staying overnight in sewer probably isn’t the most appealing. However, this unique hotel in Ottensheim takes resourcefulness into new realms as it has created little sleeping hubs from repurposed and robust drain pipes. Although perhaps not for those who are prone to claustrophobia, these secure cabins are perfect for travellers who enjoy unconventional overnight stays and don’t mind the snug fit. Each ‘room’ is kitted out with a comfy double bed, storage, light and power and the hotel operates a ‘pay as you wish system’, whereby guests can leave a donation of their choice for their stay.

Epic Views in Austria You Have to Hike to Get to

7 Things To Know About Drinking Coffee In Vienna

The 10 most beautiful places to visit in Austria