There’s no doubt about it – Portugal is a fantastic destination for beach-seekers, with many beautiful spots along its shores. Between the mainland, the Azores and Madeira Island, there’s a plethora of sandy shores, rocky cliffs and spectacular views to choose from. Here’s our round-up of the best. 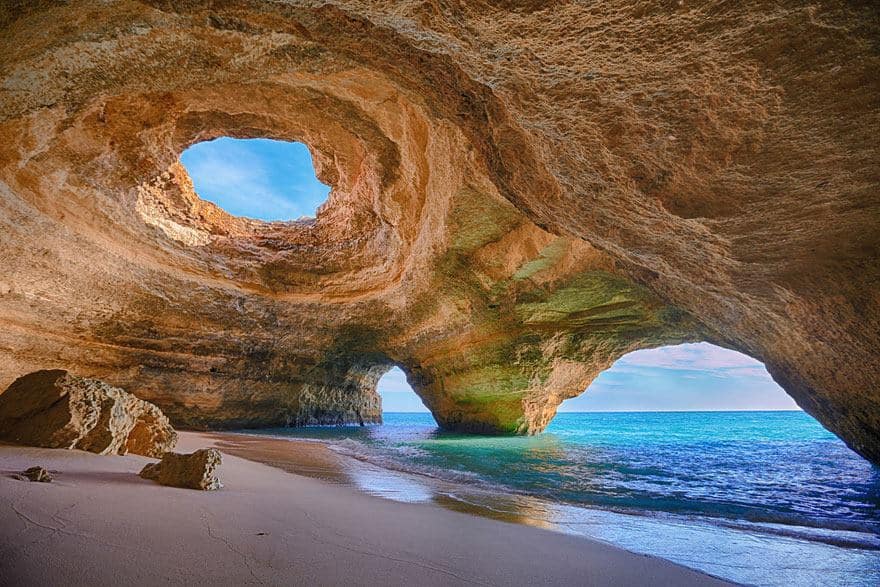 One of the most heavily photographed caves in the Algarve, in a fishing village called Benagil, near Carvoeiro, the Algar (Grotto) de Benagil is the standout feature of the local beach and is only accessible by water. The Praia de Benagil is much more than this singular Algar, however; it is one of the quieter and more secluded spots due to limited parking nearby. It is also surrounded by steep cliffs that are common in the Algarve. 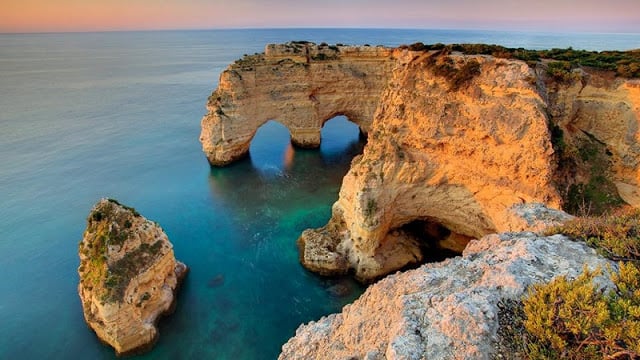 The Praia da Marinha, in Lagoa, is another striking beach, covered in soft sand and fringed with colorful cliff drops. It is also among the least busy spots in the area, perhaps because it is only really accessible by car followed by a climb down steps on the cliffside. Bring snorkel gear with your suncream, as the Praia da Marinha enjoys calmer waters that are perfect for swimming the day away.

Closer to the tourist centres is Praia da Rocha, in Portimão, a beautiful long beach that’s close to hotels, cafés, restaurants and bars. It is also considered one of the Algarve’s best resort beaches. 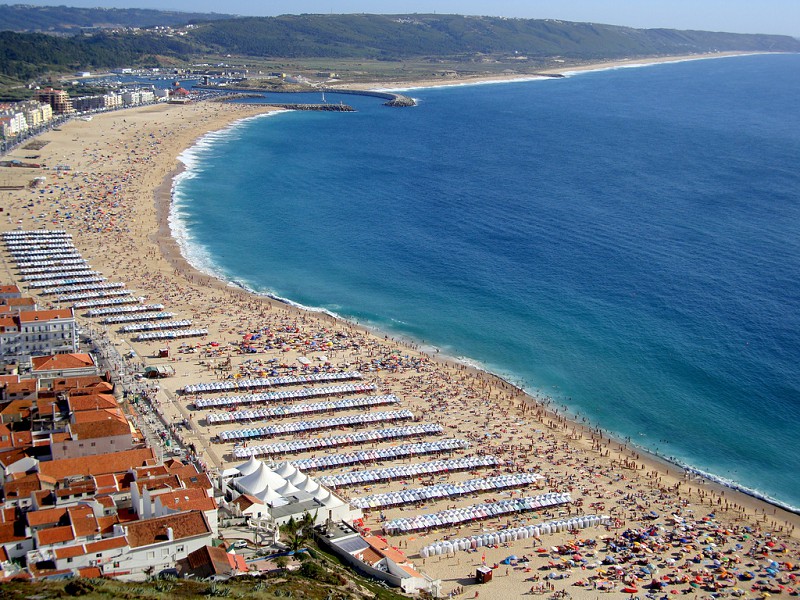 Nazaré, in central Portugal, is a top surf spot, especially for adrenaline-lovers: the tallest wave in the world was surfed here, so it should be enjoyed with caution. The best time to visit is during spring and fall, while the weather is still lovely but between tourist seasons. In addition to the coast itself, Nazaré is a great place for fresh seafood and immerse yourself in Portugal’s fishing culture.

Powdery white sands, sparkling blue ocean, majestic birds and frolicking dolphins only begin to describe the Tróia Peninsula. Approximately 18km (11mi) long, it extends from Comporta on one end to the mouth of the Sado estuary on the other. Its striking beauty has seen this once remote spot dubbed the “new Algarve”.

Many people know Alentejo for its large fields and delicious wine, but it is also home to some beautiful beaches. In the Costa Vicentina e Sudoeste Alentejano natural park, it is often described as a quiet surf beach surrounded by wild countryside, with an almost mysterious beauty. The only time this quiet fishing village really comes alive is in August when the area hosts one of the country’s largest music festivals. Otherwise, it’s a great place to get away from the crowds and enjoy the quiet, whether on the beach itself or the surrounding natural park.

Praia do Guincho, one of the wilder and more rugged beaches near Lisbon, between Cascais and the Sintra mountains, is a popular spot for surfers of all kinds (from traditional to kitesurfing) and is much-loved by the locals. This isn’t one of the easiest beaches to reach by public transportation – you’ll need to take the train and bus from Lisbon – but it is a great spot if you’re driving with buddies and in need of waves. 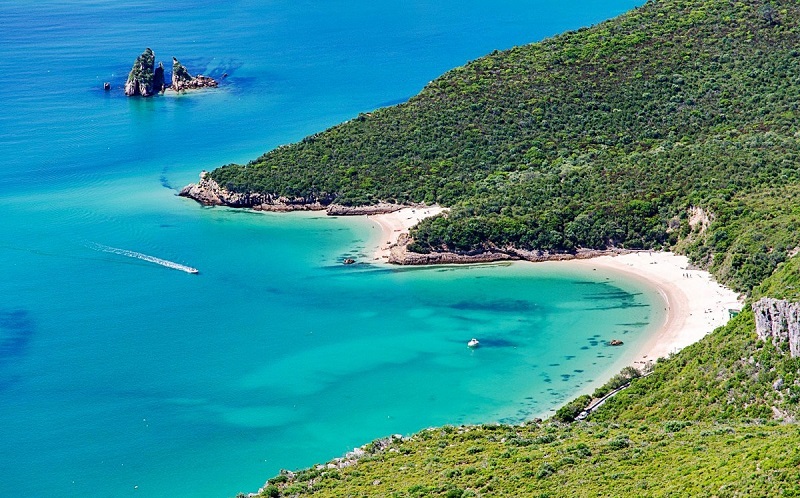 Just under an hour south of Lisbonis the Serra da Arrabida, a popular hiking spot that tucks away more stunning beaches along the mountainside. Among the top choices is Portinho da Arrábida with its shimmering water and white sands. Nearby are many quaint fishing villages, where you can enjoy traditional Portuguese cuisine and culture.

The Capela do Senhor da Pedra is a beautiful solitary chapel that sits on a rocky stage and adds charm to the Praia da Miramar in northern Portugal. The beach around the chapel is large, often uncrowded and offers exceptional sunsets (especially when the chapel is included in the backdrop). 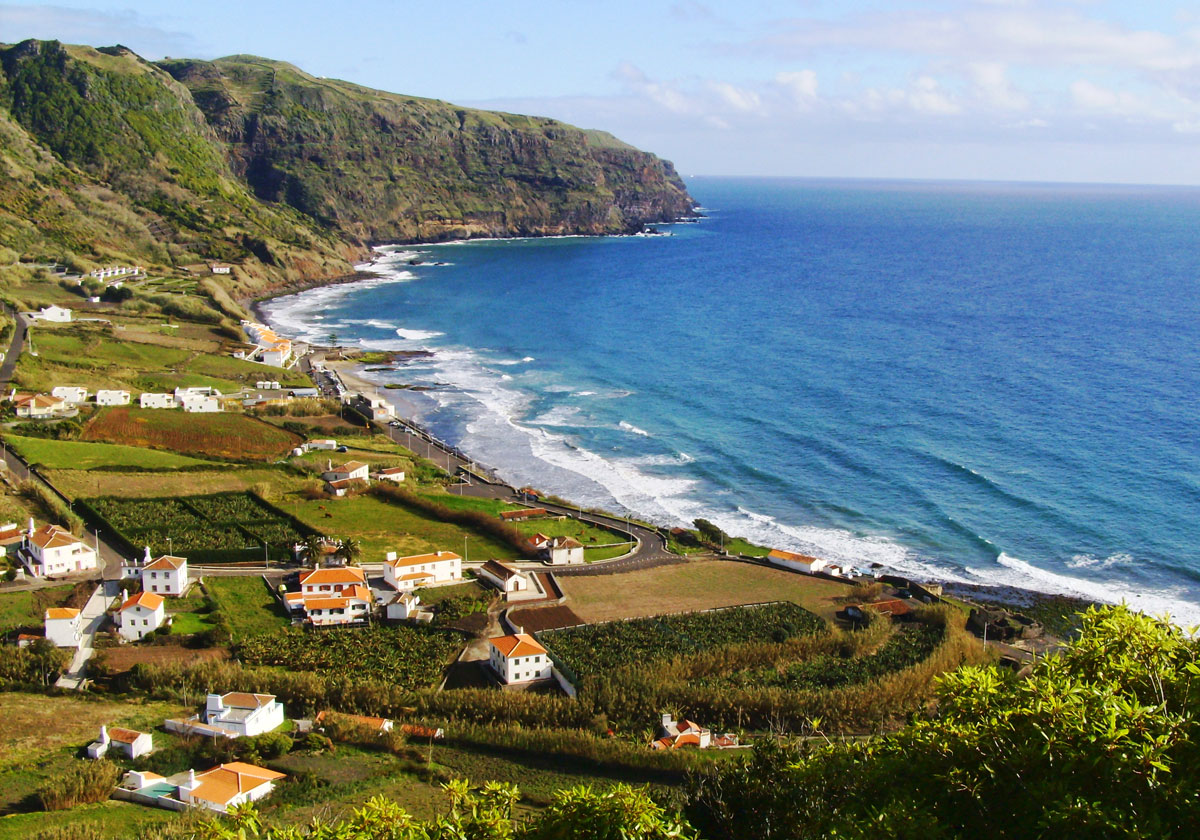 One of the most beautiful beaches in the Azores is Praia Formosa, in Santa Maria. The standout feature is its yellow-white sands that lie between the bright blue Atlantic and green rolling hills. Better still, you can camp nearby and spend a few days in this Atlantic pearl.

Faro & The Algarve: Why You Should Consider The South Of Portugal