Germany loves its holidays, but Halloween hasn’t really been on the radar until recently. Sure, Germans are happy to roll in the new season with fall wine and the biggest pumpkin festival in the world, but Halloween as Americans know it has been termed too commercial, silly, and – frankly – not German.

That said, the country is full of s.p.o.o.k.y places to get in the Halloween spirit. The country has more than its fair share of h.a.u.t.e.d places, especially considering the dark patches in Germany’s history. Abandoned buildings, dark forests, and medieval castles abound, each backstory that involves anything from religious persecution to medieval g.h.o.s.t.s to Nazi torture. That is some scary stuff.

Disclaimer: While these are well-reported h.aunted locations in Germany, we do not intend to diminish the real-life horrors that have happened in Germany. Also, note that some of the places on this list are on private property and trespassers may be prosecuted. 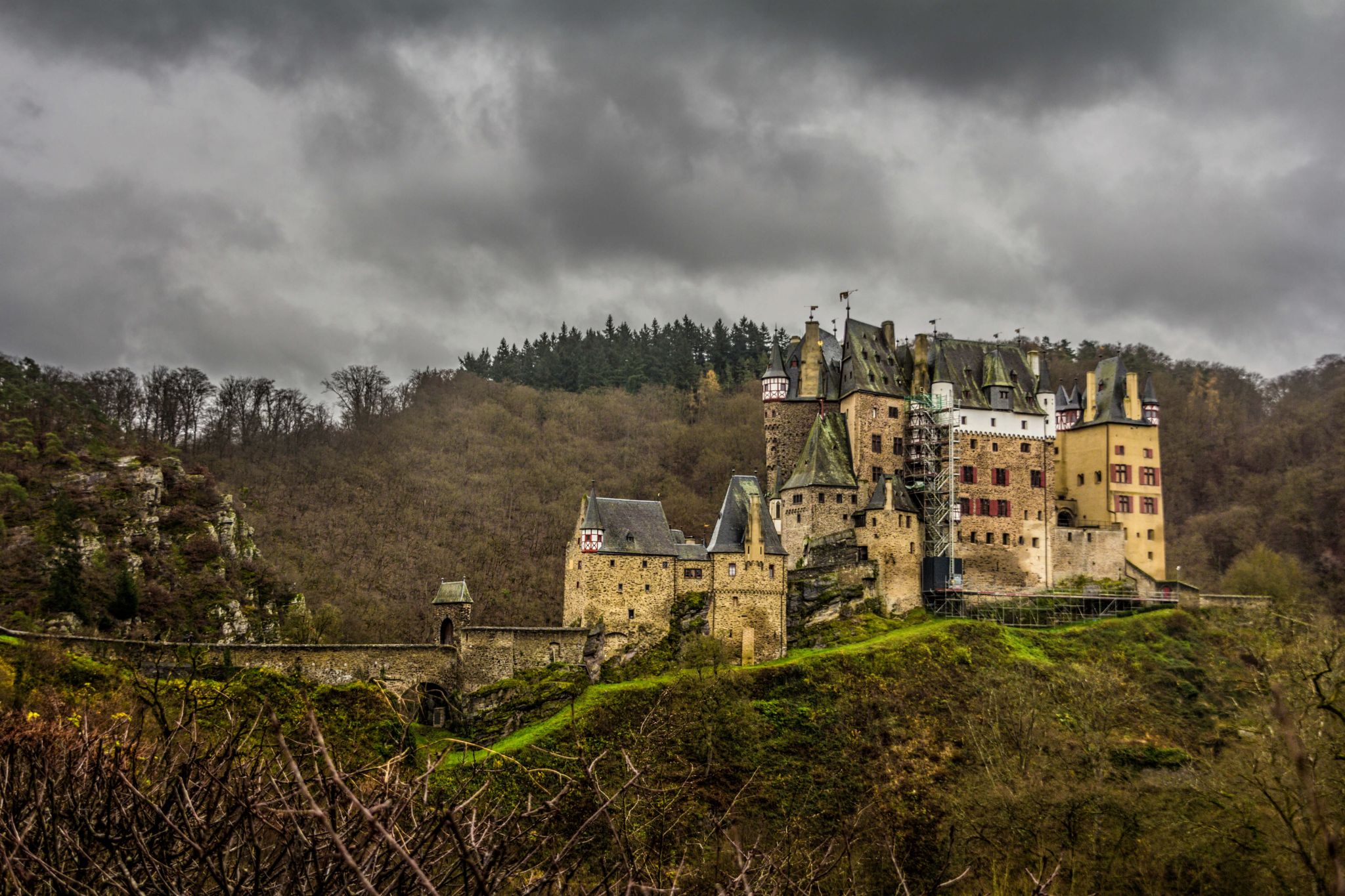 This picturesque castle is still occupied by descendants of the original family, and they might not be the only ones that stuck around. Burg
Eltz is one of few castles in Germany that has never been destroyed and its medieval atmosphere is said to cater to the d.e.a.d as well as the living. G.h.o.s.t.s of medieval knights has been spotted still patrolling the castle.

Where: In the hills above the Moselle River between Koblenz and Trier 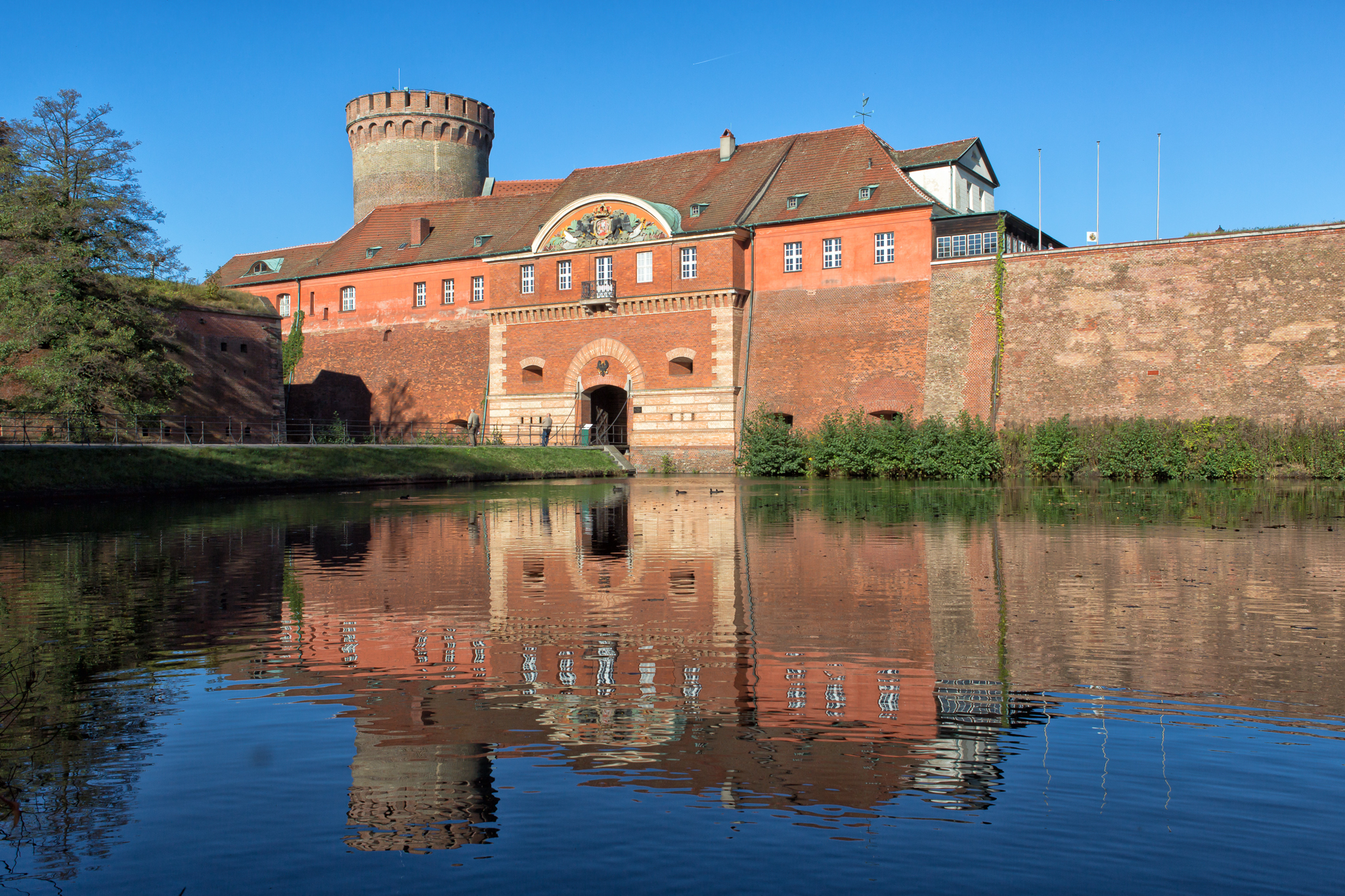 Spandau was once its own city and has roots in the medieval ages. Its Zitadelle (citadel), built in 1557, is one of the best-preserved Renaissance military structures in Europe and offers a museum, periodic concerts, a theatre, and even a bat cave.

It also has a ghost story. The site has been used for everything from a prison to a military research facility. Back when it was a palace keep, Anna Sydow – the ex-lover of 15th-century ruler Joachim II – was locked in the castle by Joachim’s son after his passing. She d.i.e.d there and is said to still roam the halls as its infamous Weiße Frau (White Lady).

Where: In Spandau on the west side of Berlin on the Havel river

When the Romans arrived in these woods, they were spooked by its impenetrable darkness and named it “Silva Nigra” or “Black Forest”. In German, this place is known as the Schwarzwald and has developed a fairy tale persona for its iconic cuckoo clock, world-famous spas, and numerous monasteries, castles, and ruins.

This forest has also been the setting for the Brothers Grimm. While the Grimms didn’t invent the scary story genre, Schwarzwald proved ample inspiration.

Legend holds that it is h.a.u.n.t.e.d by werewolves, witches, and even the devil. The tale of der Grossmann is that of a tall, horribly disfigured man with bulging eyes and many arms. Bad children who entered the forest were made to confess their sins to him and the worst children were never found again.

Or consider a Grimm original: the story of Die Gänsemagd (Goose Girl) tells of a princess on her way to meet the prince in a faraway kingdom. But the maid accompanying her had ill intentions and forced the young princess to trade places with her. The maid took her magical steed, a talking horse called Falada, and when they arrive at the castle the false princess had Falada k.i.l.l.e.d to hide her misdeed, and the real princess work as a goose girl.

The real princess has Falada’s skull hung over the city’s gate, earning the attention of the king. She tells her story and he punishes the false princess by rolling her around the city in a spiked barrel until she d.i.e.d.

Where: the Black Forest in southwest Germany 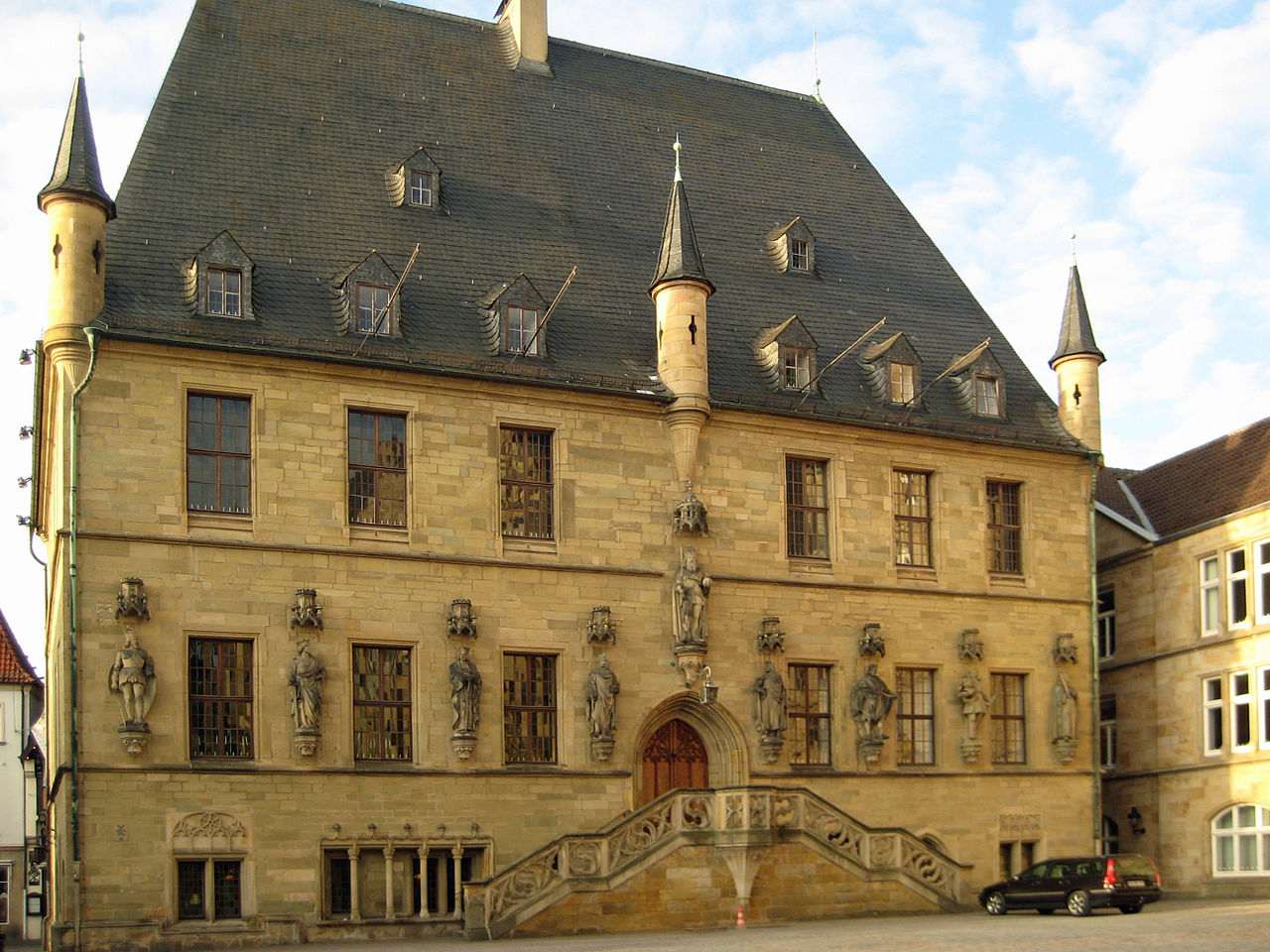 Outside the city of Osnabrück is the site of a sacred pagan temple and graveyard. The site was desecrated by the troops of Charlemagne. Pagan priests were massacred as Charlemagne spread the good word of the Christian faith. They also broke the largest altar stone to prove the supremacy of the Christian God over the pagan gods.

On the winter solstice and summer equinox, visitors could hear the screams of those s.l.a.i.n and see fresh stains on the rocks.

Where: Outside of Osnabrück in Lower-Saxony 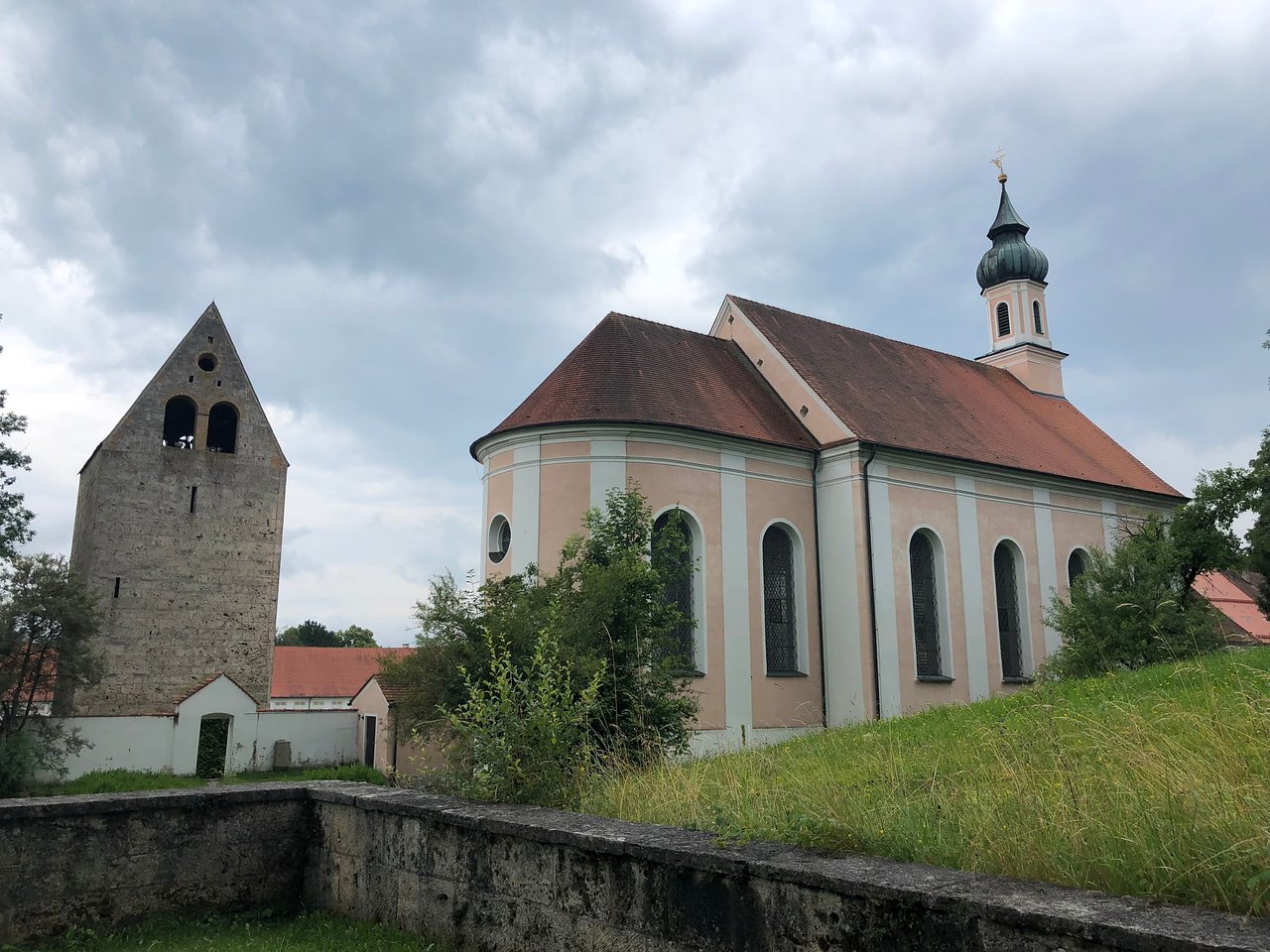 Kloster Wessobrunn is well-known as the site of the Wessobrunn Prayer, one of the earliest written German poetic works. It was kept in the monastic library for centuries but has since been moved to the Bavarian State Library.

What is less known is its accompanying nunnery and the legend surrounding it. A sister supposedly broke her vows in the 12th century and hid away in an underground passage, eventually dying of s.t.a.r.v.a.t.i.o.n. Never at peace, she wanders the halls crying.

Where: Near Weilheim in Bavaria 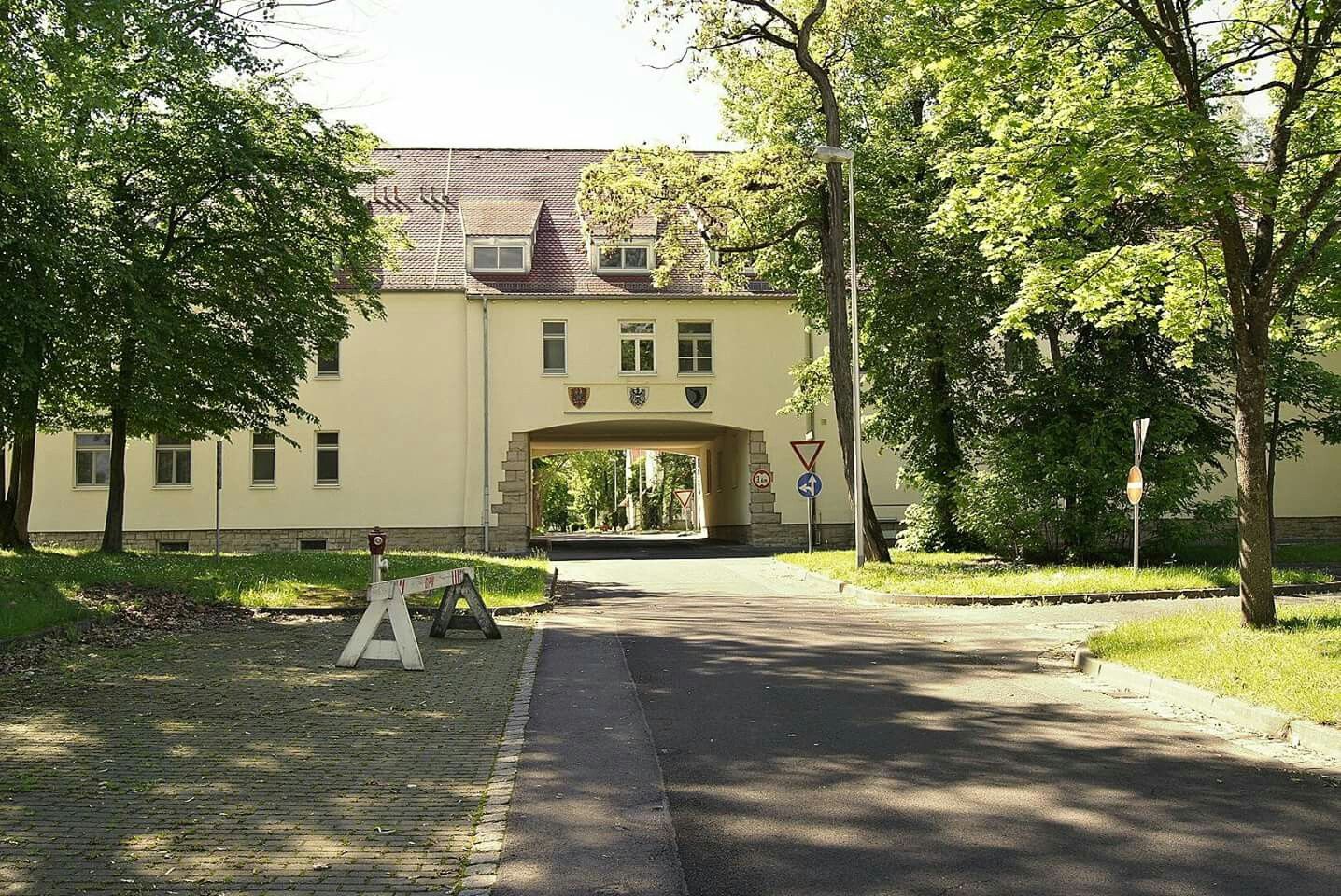 Once used by the Nazis as a hospital, mental w.a.r.d, and mess hall, the site has since been occupied by US soldiers from 1945 to 2014. But maybe the Nazis never really left…

Different American soldiers have reported waking up to find a Nazi soldier standing over their bed with a blood-covered nurse. Together the two were spotted, whispering in German about their “patient”.

This experience is unlikely to be repeated as the base was returned to the German government on September 19, 2014.

Where: Schweinfurt in the Lower Franconia region of Bavaria

Babenhausen Kaserne has been home to soldiers, both German and American, over time. Though it is now a museum, World W.a.r II g.h.o.s.t.s still frequent the area. Classic signs of the paranormal-like lights inexplicably turning on and off, stomping footsteps and voices heard from the basement have been reported.

The town also has an older legend to contend with as a witch was burned at the stake here in the 19th century. She has been blamed for seducing and k.i.l.l.i.n.g German soldiers.

Where: In the Darmstadt-Dieburg district of Hesse

While some people dream of living inside a fairy tale, visitors to Burg Frankenstein can briefly enter the world of a horror novel. This hilltop castle is allegedly the inspiration for Mary Shelley’s Frankenstein (although it is hotly disputed if she ever actually visited the castle).

The castle was built in 948 BC and inhabited by various Frankenstein. But by the 1600s the Frankenstein family had d.i.e.d out, the last of which in a mysterious manner. The last heir was k.i.l.l.e.d in a chariot accident on his way to visit his one true love, Anne Marie. She is left waiting for him, only to die of a broken heart. She still wanders the castle looking for her lost love as he wanders elsewhere, each desperately trying to reconnect in the afterlife.

More pertinent to Frankenstein is the next resident of the castle, Konrad Dipple von Frankenstein. He was a real-life monster in the form of an alchemist, scientist, and grave robber. He was reportedly experimenting with bodies, trying to reanimate the d.e.a.d. Just like the story, the town’s people eventually stormed the castle but were unable to break through its barricades. Konrad drank one of his own concoctions and d.i.e.d in his laboratory, but one of his creations escaped into the woods and is said to still be roaming the woods. The ghost of Konrad h.a.u.n.t.s the rooms, still active in his odd experiments.

If you believe TV, the site has credentials. The SyFy TV show Ghost Hunters International filmed here and recorded “… significant paranormal activity”. Hordes of visitors also believe. This is an authentic setting for the biggest and oldest Halloween festival in Germany.

Where: In Odenwald near Darmstadt, about 30km south of Frankfurt 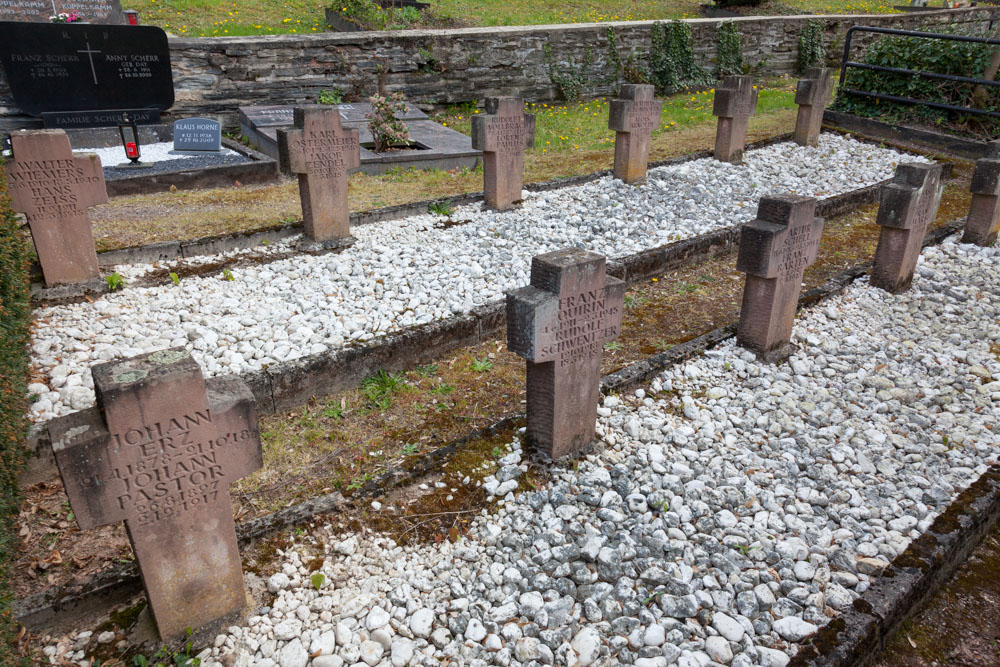 Bernkastel Cemetery contains both Kriegsgräber (German w.a.r graves), a Jewish section, and another infamous White Lady. A crying woman in white is said to roam the graves.

Get the key for the graveyard from the tourist office at Gestade 6 and look for her on All Saints Day when it is customary to light a little candle on each of the tombs.

Where : Bernkastel-Kues in Rhineland-Palatinate along the Mosel River 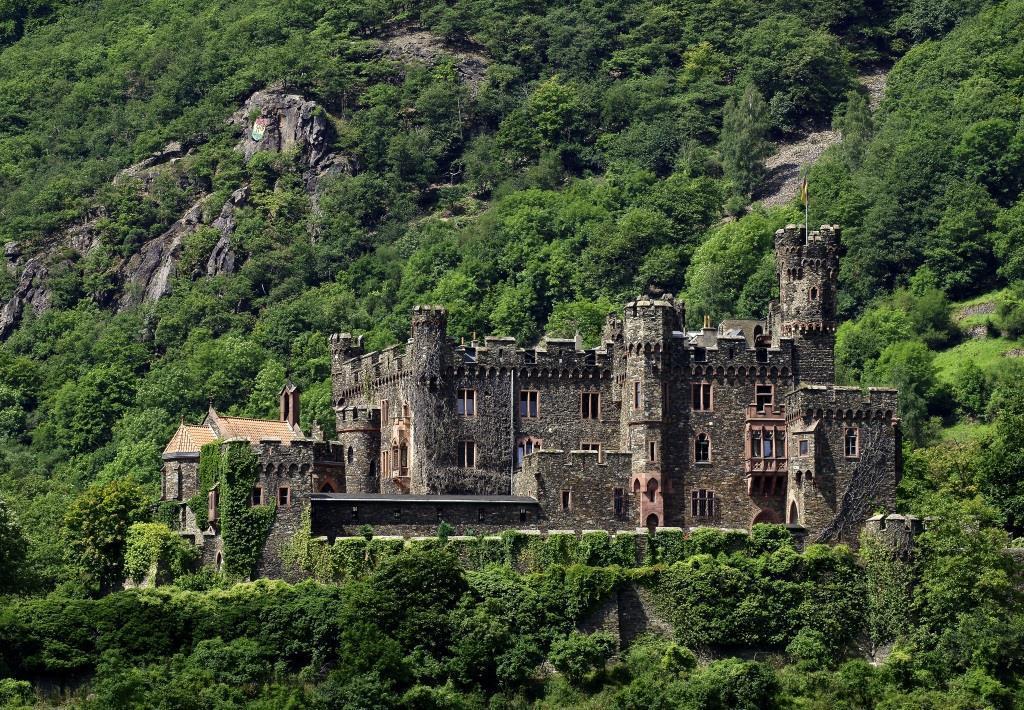 Built in the 11th century to protect the nearby village (now the city of Aachen), the castle underwent the usual cycles of siege, destruction, and rebuilding. Among the many stages, King Rudolph I of Habsburg captured the castle in 1282. It had been controlled by robber barons led by Dietrich von Hohenfels whose cruel rule had crushed the peasantry.

King Rudolph wanted to completely destroy this group so he ordered the castle not to be rebuilt, and the robber baron executed. Dietrich von Hohenfels begged the king to spare his nine sons and the king offered an impossible bargain: If von Hohenfels’s headless corpse could walk past his sons to a line in the sand, his sons would be set free. The executioner struck off his head and amazingly his body made it across the line, but the king did not keep his word and swiftly executed the sons.

All ten bodies were buried in St. Clement Chapel. Von Hohenfels’s descendants used the chapel to pray for forgiveness, but apparently, it didn’t work. Von Hohenfels’ soul and headless ghost roam the castle.

Where: In Trechtingshausen on the Eastern slope of the Bingen Forest in the Mainz-Bingen district

B215 is a road where strange things have been known to happen. Supposedly it has more accidents than any other road in Germany. An infamous white lady can be found here as well, seen out of the corner of your eye as you drive through the dark. 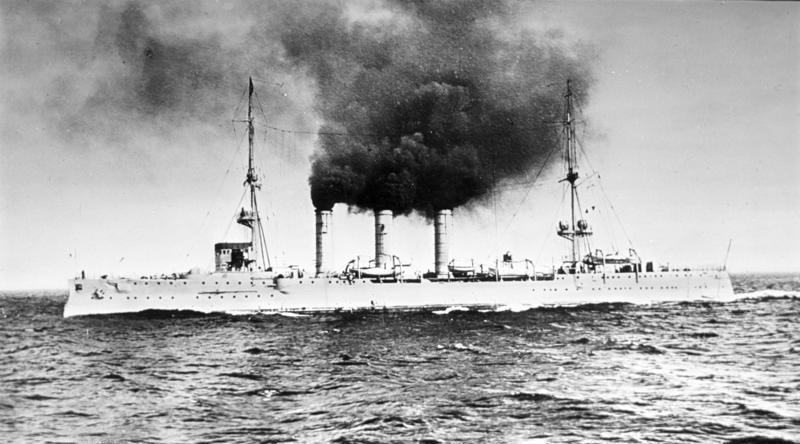 The SMS Emden was completed in 1909 and sailed all over the ocean blue before it was sunk just off Germany’s northern coast. It was returning from a long journey and loved ones gathered at the harbor to welcome their sailors home. The harbormaster refused entrance due to personal grudge and the rough waters beat down the battered ship until it sunk within view of the land. Under a full moon, the ship and all of its passengers disappeared beneath the ocean.

This tale lives on today and locals report seeing a ghost boat on full moon nights.

Where: Off the coast of East Frisia

13. The Rat Catcher of Hameln 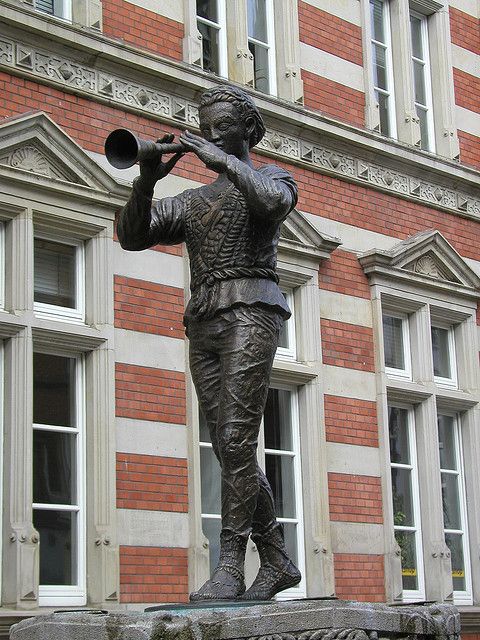 The story of Rattenfänger von Hameln is better known in English as the Pied Piper. While this has been branded as a children’s story, it falls more in the h.o.r.r.o.r/fairy tale genre perfected by the Brothers Grimm. It also inspired poems by Goethe and Robert Browning.

During the medieval ages, the town was being decimated by the plague. Desperate to save their loved ones and their own life, they hired a pipe player to lure the town’s rats away. The piper is successful, but the relieved townspeople refuse to pay. Seeking revenge, the piper lures children to their death in the sea.

However, this is more than a story. The town that it occurred in is real: Hamlin, Germany. While there are no historical records of a murderous piper, the town has embraced its nebulous reputation. On summer Sundays actors perform the tale once again.

Where: On the river Weser in Lower Saxony 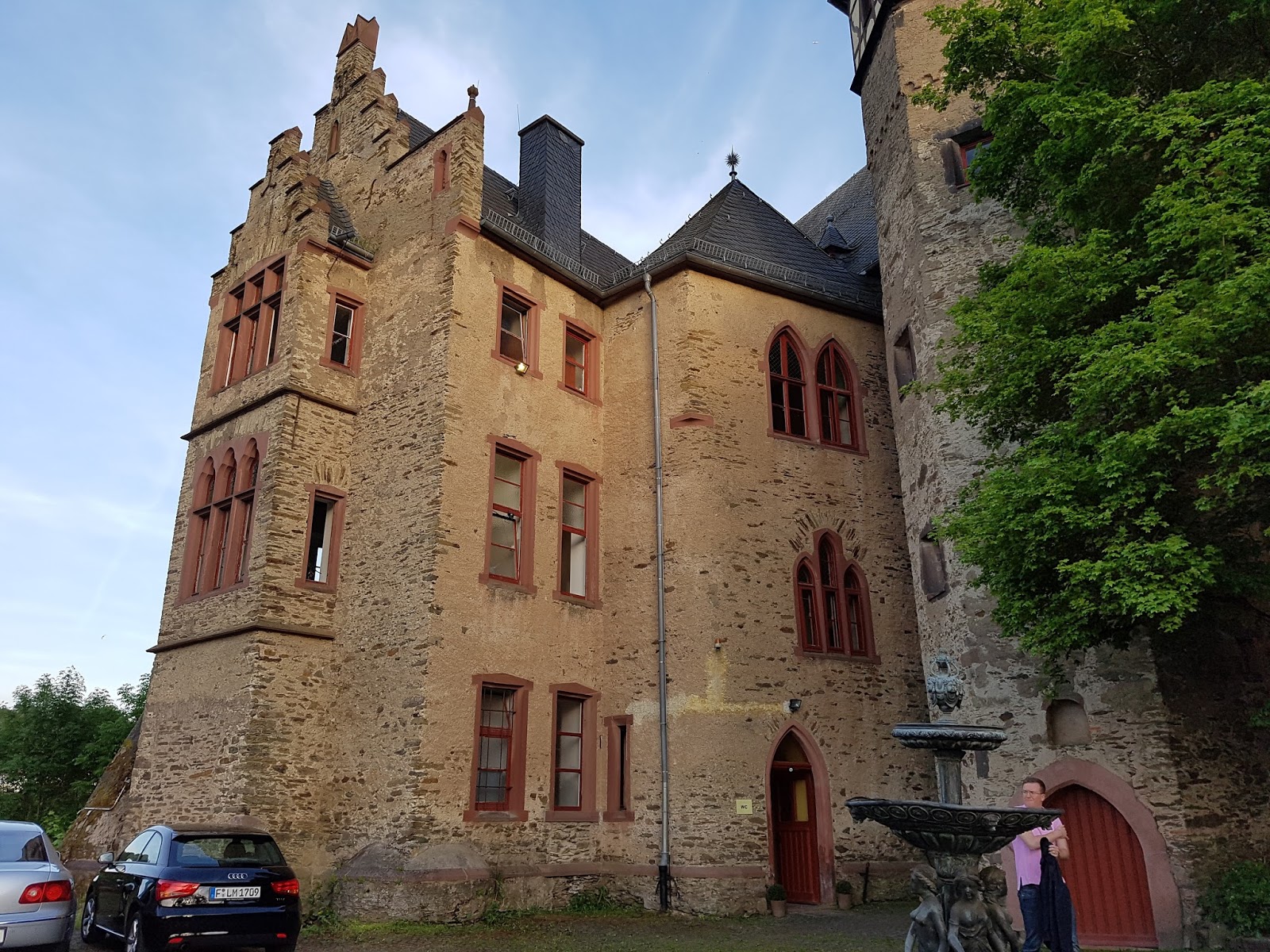 Schloss Kransberg has been many things, but its short history as Hitler and then the Luftwaffe’s headquarters during World W.a.r II have given it a thoroughly negative vibe. Known as Adlerhorst, an extensive bunker was added which linked between the rest of the complex and the castle. After the w.a.r, the tables were turned and it was used as a prison for Nazi w.a.r criminals.

In addition to this negative history, people have reported strange occurrences happening. Watch your step and keep your eyes open.

Where: Keansburg in the Taunus mountains in Hesse