Land of craggy coastlines sculpted by the waves, charming harbours, impressive mountains and national parks, Wales offers stunning scenery to explore. Green and wild medieval villages, studded with more than 600 castles, stand as silent witnesses of the history of this nation, an intense history rooted in myths and legends. The Culture Trip takes a look at some of the most fascinating castles Wales has to offer.

Located in the heart of southern Wales in a picturesque town, Caerphilly Castle is one of the most outstanding examples of a 13th-century fortress and the largest castle in Britain after Windsor. Built by the nobleman Gilbert ‘The Red’ de Claire, Lord of Glamorgan, to defend against the threat of Gruffydd ap Llywelyn (the Prince of Wales) Caerphilly Castle is the first concentric castle surrounded by two huge artificial lakes. In the 18th century, the Bute family acquired the property and undertook an extensive restoration, leaving the castle in good condition. The splendour of this iconic castle makes it a popular filming location for TV shows such as Doctor Who and Merlin. Enjoy long walks and picnics on the grass along with the beautiful view of the castle during the sunset, which will leave you breathless. 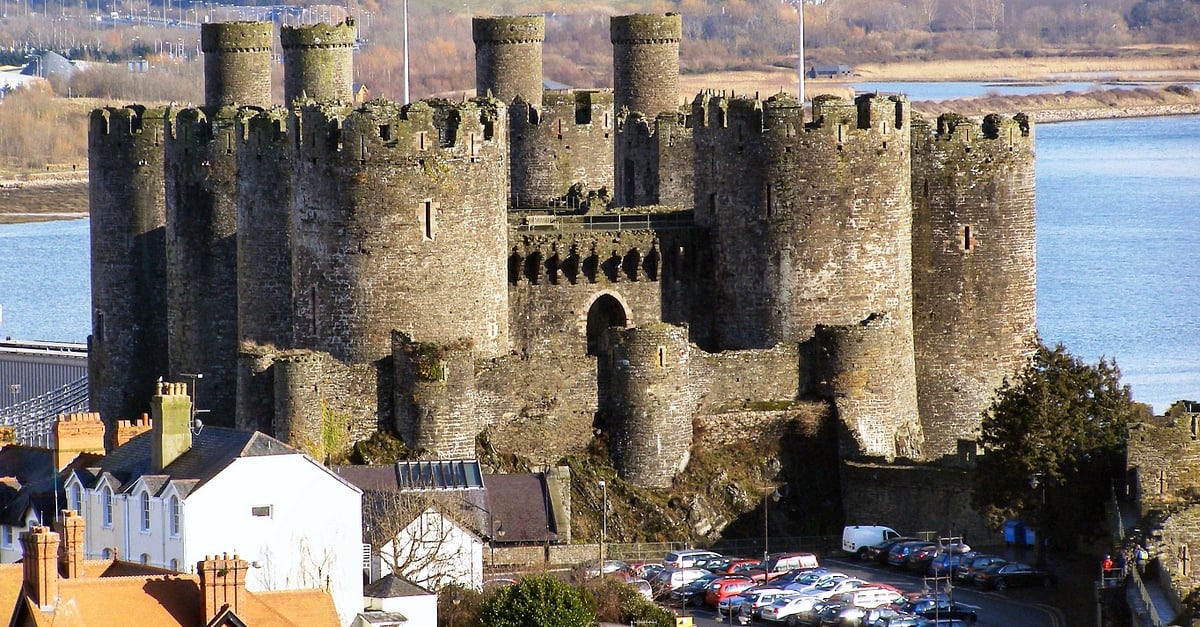 On the north coast of Wales lies one of the best preserved romantic medieval fortifications in Britain. Built in the 13th century by Edward I of England to dominate and intimidate the local population, the castle is a magnificent testament of the turbulent times of medieval Wales. After many attempts of the Welsh to retake this area, in the 15th century, the Welsh hero Owain Glyndwr led a revolt against the English, capturing Conwy Castle. Classed as a World Heritage Site, it was restored in the 20th century and is now open to the public throughout the year, attracting more than 150,000 visitors each year. Enjoy the stunning landscape of Conwy from the top of one of the eight towers and take a boat trip for a relaxing alternative view of the castle. 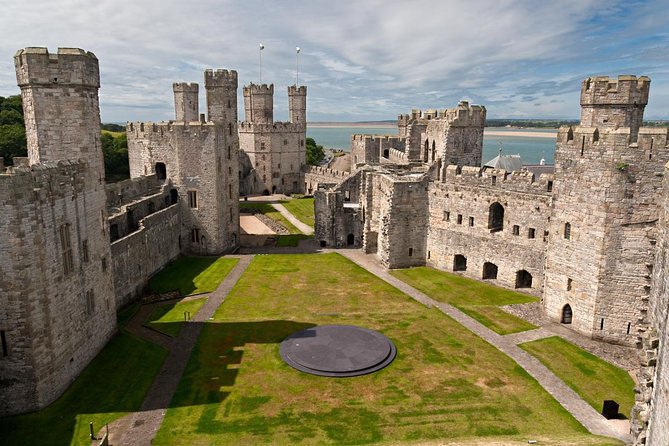 Caernarfon, a picturesque town on the banks on the Menai Strait, is the home of this romantic 13th-century castle. Built by Edward I of England, this majestic and intimidating fortress shows sophisticated curtain walls, polygonal towers instead of the ordinary round ones and two monumental gatehouses. If you are impressed by the outside, wait until you go inside; you will be amazed how the Museum of the Royal Welsh Fusiliers tells the story of more than 300 years of the regiment of the British Army through the exhibition of guns, medals and uniforms. Standing now as one of Wales’ most prized architectural treasures, Caernarfon Castle is where Prince Charles was crowned as Prince of Wales in 1969. The castle is open to the public during a large part of the year. 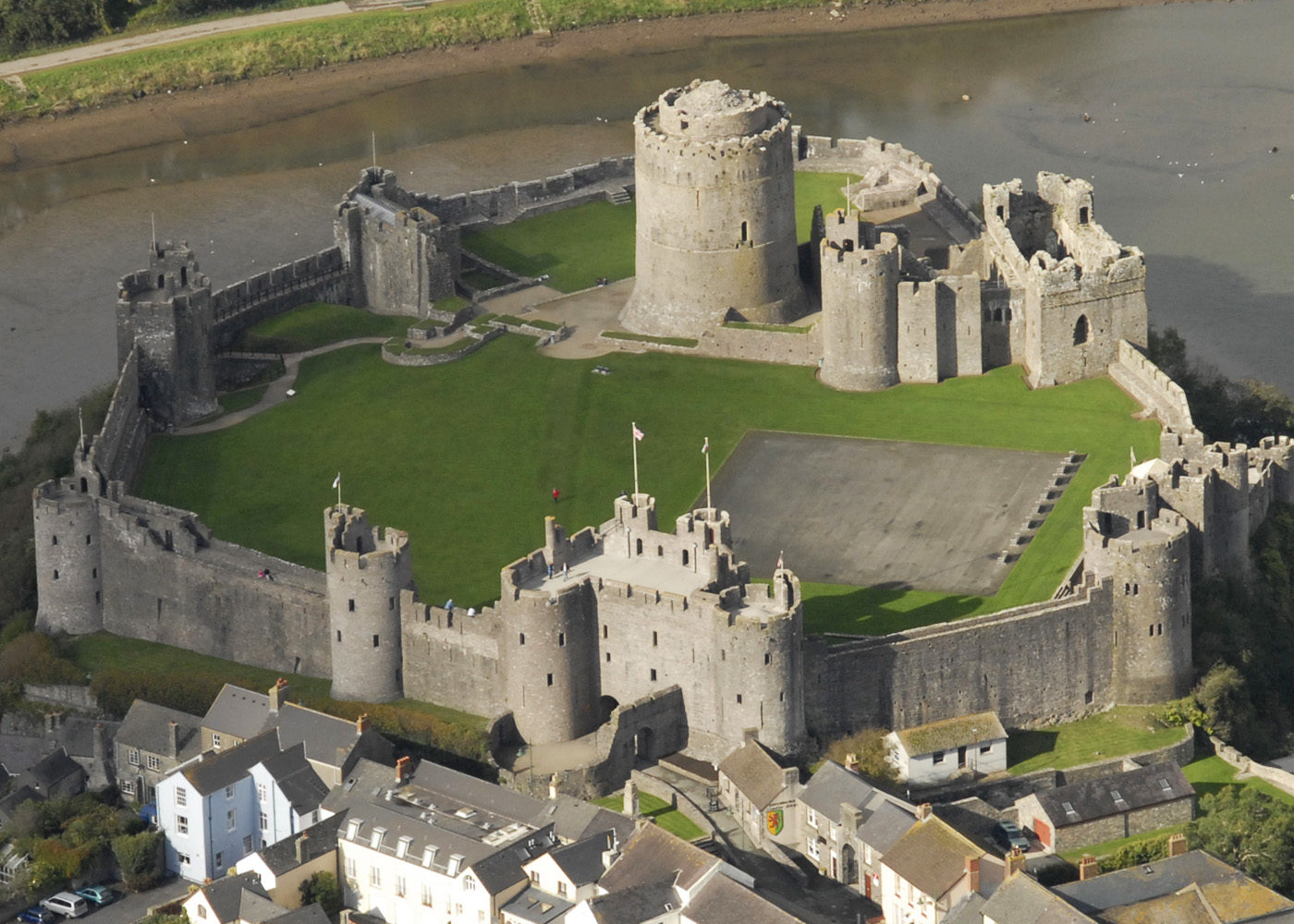 A must-see on any tour through Wales, Pembroke Castle was built by the Norman Roger of Montgomery in 1093 after taking command of the town. This magnificent castle and birthplace of Henry Tudor saw several military attacks by the Welsh population during the Civil War. In 1928, World War I veteran Major General Sir Ivor Philipps bought the castle before starting an extensive redevelopment. Its strategic position on a high rocky promontory offers an impressive panoramic view of the town. Don’t leave without having a look at the exhibition rooms, one of the best ways to explore Wales and its history through panels, sculpted figures and mural paintings. The castle is fully open to the public, and guided tours are also available. 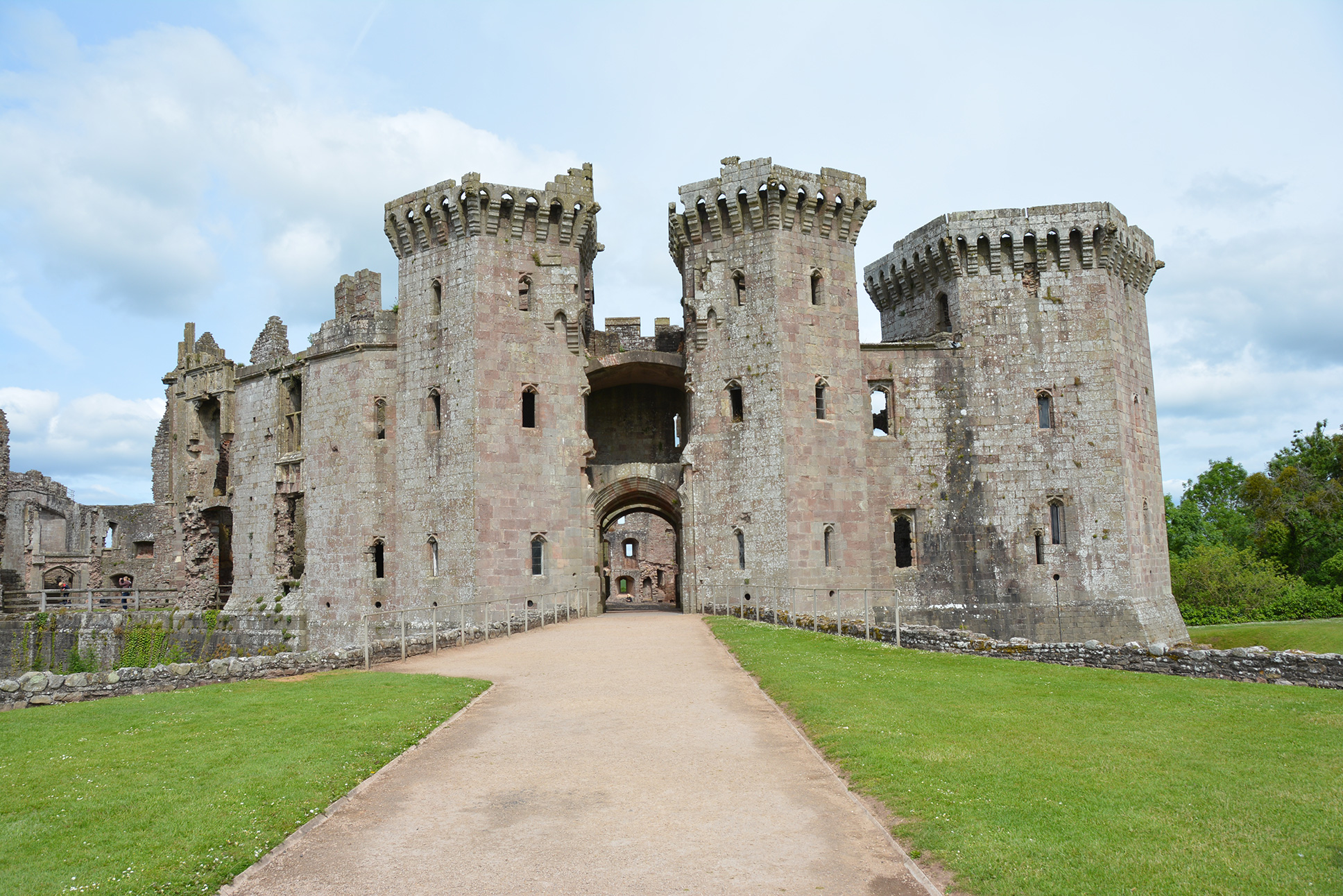 Dating back to the Tudor period, Raglan Castle was built as much as a declaration of wealth and power as of military defence. Begun by Sir William Thomas, who undertook the building of the Great Tower, it was continued by his son William Herbert who erected an imposing and stylish palace with luxurious rooms, a double-towered gatehouse and a fountain court. After the defeat of Herbert at the battle of Edgecote in 1469, which saw him executed by the Lancastrians, the castle passed to the Somerset family, Earls of Worcester, who altered the structure. In order to improve tourists’ experience, Bluetooth audio guides can be downloaded for free. Only for the bravest ones, walk up the 90 steps of the Great Tower to experience scenic views over the countryside.

A cute little foal’s first steps are the best gift for a joyful spring at the farm.

5 Reasons Why Switzerland is Best Explored on Trains