Climbing, to a select niche, is no sport or hobby; it’s a way of life ingrained into the soul, like jagged crags imprinted on sculpted mountains, and fueled by a ‘rucksack revolution’ inspired by Jack Kerouac — ‘Because in the end, you won’t remember the time you spent working in the office or mowing the lawn. Climb that goddamn mountain’. From the supposedly inaccessible to downright dangerous, here are the most difficult climbs in Scotland for those with Munros on the mind. Start scrambling! 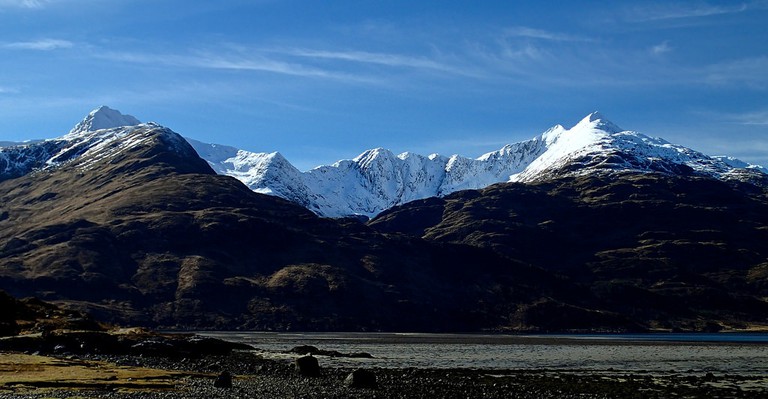 Perfectly positioned and dramatic in nature, Ladhar Bheinn is regarded as one of the most magnificent mountains in Scotland, along with being the most westerly Munro on the mainland. The highest mountain in the Knoydart area of the Highlands, precariously placed ridges, massive crags, countless summits and rough terrain punctuated with a few scrambling sessions here and there make Ladhar Bheinn one for the bucket list. The mountains and sea views make the challenge all the more worthwhile. 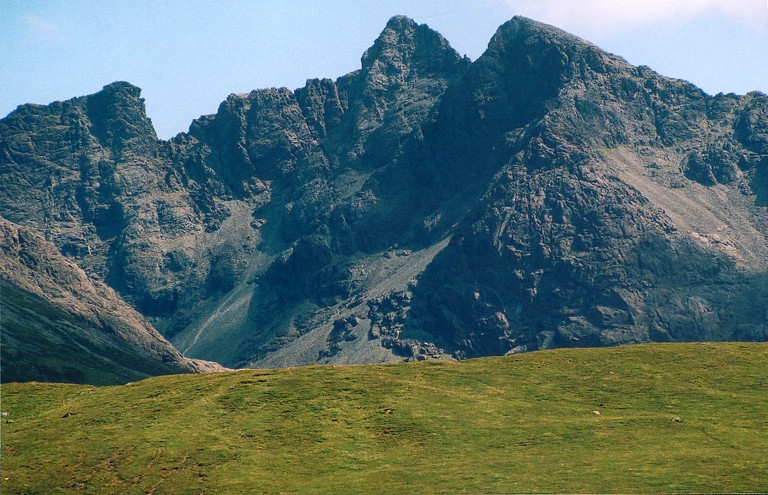 Mighty beyond belief and the epitome of vertigo-inducing, those in constant pursuit of gravity will find Sgurr Alasdair a climbing mecca. At a height of 3,225 feet, it’s no surprise that this beauty is the highest peak on Skye and the tallest UK island summit. Climbers with an air of insanity and sheer determination will embrace the arduous ascent to this compact summit, complete with a myriad of scree, boulders and undulating terrain. The gabbro rock works in climbers’ favor and allows for a reasonable grip. 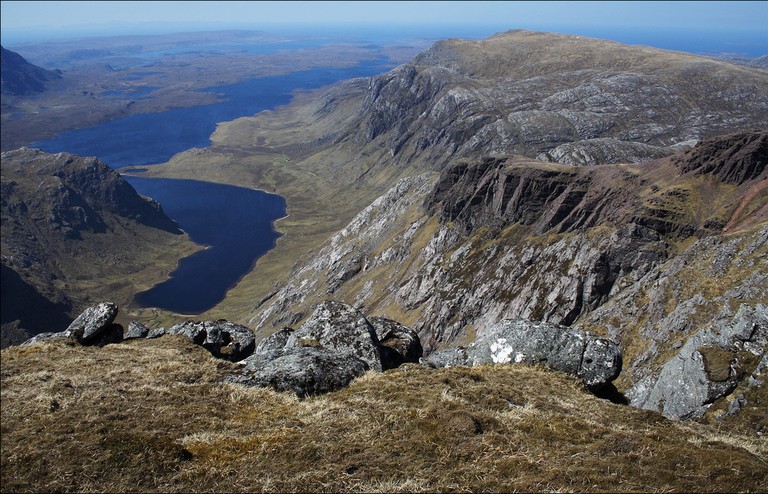 Perfectly remote and an ever-changing meditation, A’Mhaighdean, or ‘the maiden’ demands meticulous planning, as it’s one of the least accessible Munros in northern Scotland. From intensely tricky terrain and technical in nature, the main challenges with A’Mhaighdean are the overflowing lengthy routes. This is the kind of place that makes you want to climb forever. 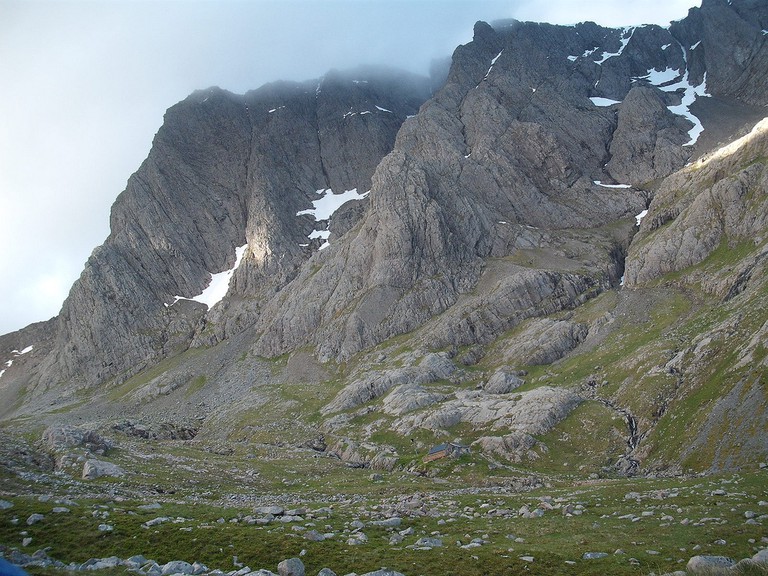 A mandatory pilgrimage for every climber, Tower Ridge on Ben Nevis, the highest mountain in the British Isles, is a symbolic rite of passage. Although regarded as a medium to hard climb, there’s no denying its little intricacies, especially during winter. A great number of vast walls, fear-mongering pinnacles, classic scrambles, and teetering ridges add to the thrill and should not be taken for granted. Once more, it is vastly exposed. This trusty ridge was one of the first spots in Scotland to garner attention from the climbing Kingpins — the earliest documented climbing expedition on Ben Nevis was a descent from Tower Ridge in 1892. 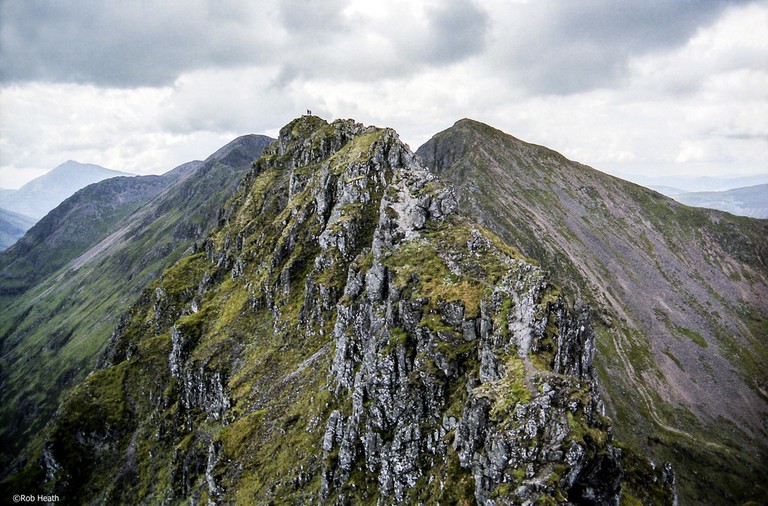 Famed as the most difficult horizontal scrambling ridge in mainland Scotland, Aonach Eagach is a playground for hardcore climbers looking to forge into the unknown. Situated north of Glen Coe in the Highlands and graced with two impressive Munro summits, this renowned 10-kilometer ridge extends from the Pap of Glencoe all the way to the Devil’s Staircase. Although the slopes are steep, swathes of scree and formidable cliffs are all part and parcel; Aonach Eagach makes dancing with the devil seem surprisingly tempting. 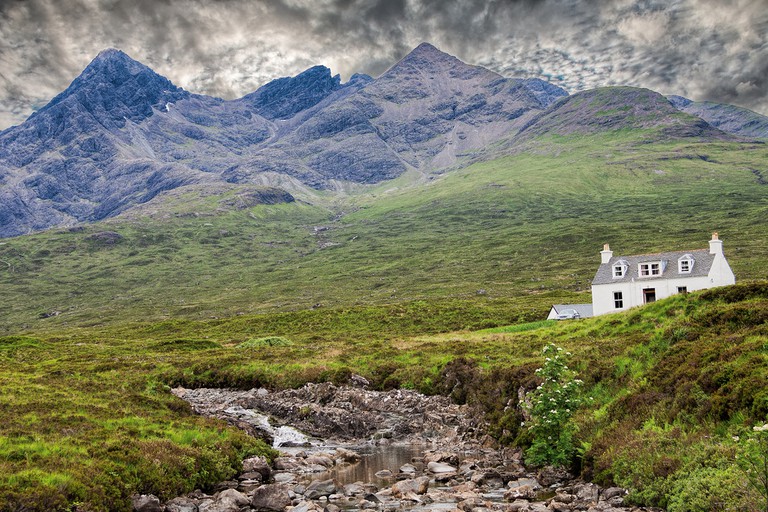 Those set on reaching the moon may want to start with Sgurr Dearg, or ‘red peak’, a momentous mountain in the Cuillin on Skye. The real treat waits atop in the form of the Inaccessible Pinnacle, or ‘In Pinn’ to seasoned mountaineers. This snippet of rock, which is the highest point on Sgurr Dearg, levitates at 3,235 feet. An adrenaline-sparking natural skyscraper, In Pinn, is composed of basalt, ensuring a slippery time when wet. Notably narrow and exposed, it’s the only Munro with a peak that demands rock climbing. That being said, it can be conquered. Climbers never fail to notice a heightened sense of being with this one.

Should You Stay in Edinburgh’s Old Town or New Town?