Visiting Porto? Discover a city of steep, cobbled streets, medieval spires and steel bridges that stretch over the Douro River. Days in Portugal‘s second-largest city are made for sipping port on the Ribeira beneath a skyline of red-roofed houses drenched in history. These are Porto’s most charming neighbourhoods to explore – be it coastal haunts, downtown nightlife hotspots or historic riverside communities.

tay in the heart of Porto, where cobbled streets lined with colourful houses shadow the Douro River. The Ribeira is one of the city’s oldest neighbourhoods, designated a Unesco World Heritage site for its historic architecture like the St Francis Church. Stop for drinks or a pastel de nata (Portuguese egg custard tart) at one of the waterfront restaurants and watch vintage rabelo boats cruise under the giant iron skeleton of Dom Luís I Bridge. When evening falls, the lights of port wine lodges flicker on the opposite bank. 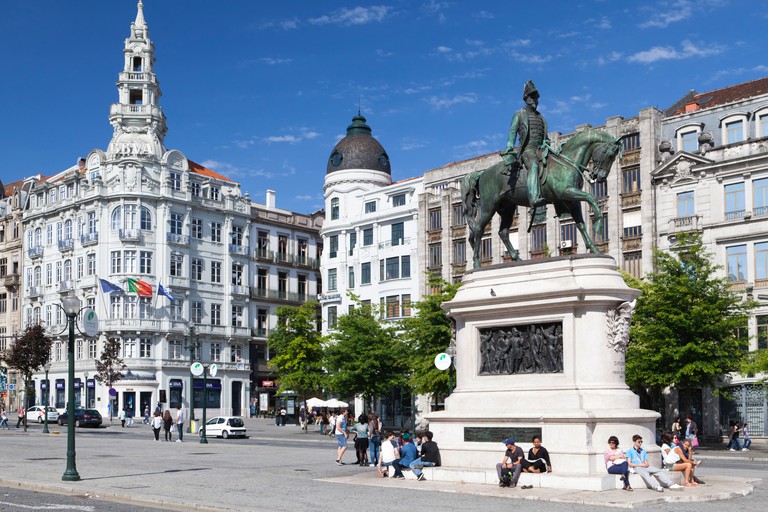 Porto’s buzzing centre, Baixa, is home to many of the city’s key landmarks. Visit the Romanesque Cathedral of Porto, climb 240 steps for sweeping skyline views from the Clérigos Tower and visit the ornate Lello Bookstore, which was a major inspiration for JK Rowling’s Harry Potter universe. In Baixa, trains whistle in and out of grand São Bento station, which is decorated with traditional Portuguese azulejo tiles. There’s also a thriving restaurant and bar scene in Baixa, mostly centred on Avenida dos Aliados.

Fancy a break from city sightseeing? Hop on the tram to Foz, Porto’s top coastal neighbourhood. Once a fishing village and upper-class holiday haunt, complete with lavish mansions, Foz lies just 20 minutes from the centre of Porto. Here, the remains of Fortress São João Baptista da Foz have stood guard over the mouth of the Douro since the 16th century. Wander along the Neoclassical Pergola da Foz promenade, try some fresh local seafood or bask on the long stretch of golden-sand beach. 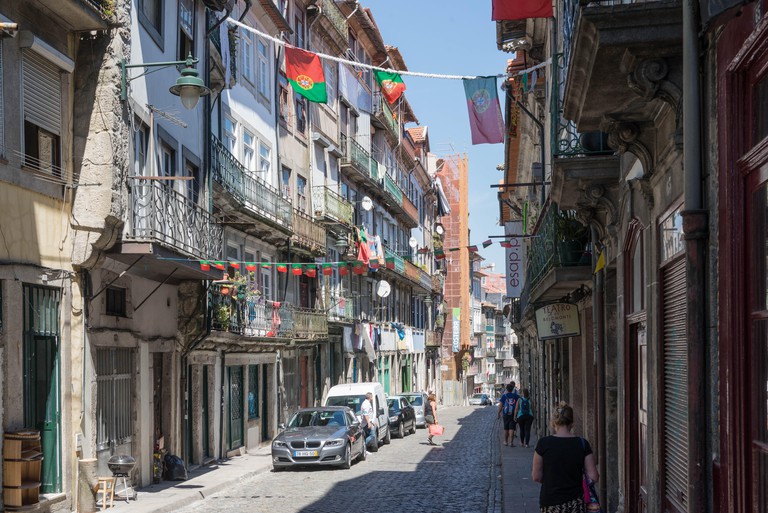 Head west of the city centre and you’ll find yourself in Miragaia, which was once set outside of Porto’s city walls. The neighbourhood feels like an extension of the Ribeira with its multi-coloured, shuttered houses and narrow streets strung with washing. Miragaia was once the heart of Porto’s Jewish and Armenian community, built on a former medieval shipyard. Today, you’ll find lively bars and restaurants complete with shimmering river views, as well as zany street art and the pretty São Pedro church. 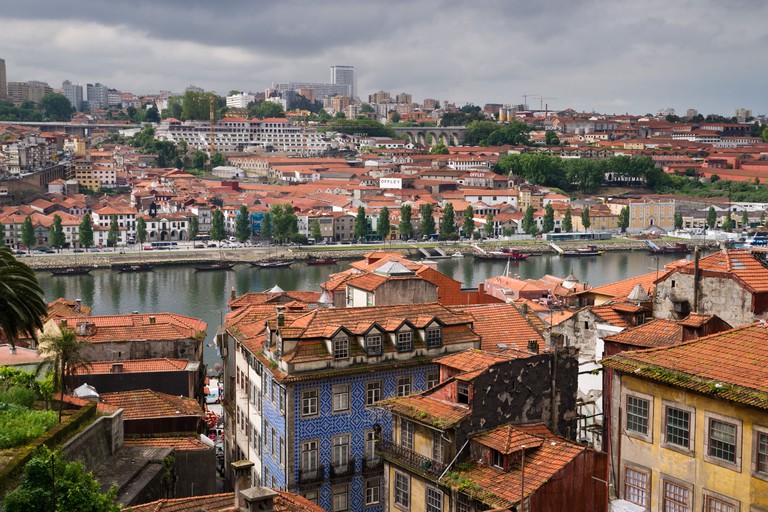 While Vila Nova de Gaia isn’t technically in Porto, it sits on the opposite riverbank and offers supreme Ribeira views. Walk across the Dom Luís I Bridge to hop from one port wine lodge to the next for tours and tastings. Moored rabelo boats, once used to transport barrels of wine, bob on the water’s surface while the cable car passes overhead. Vila Nova de Gaia’s steep streets spiral up to the hilltop Serra do Pilar church, which showcases sunset views over Porto.

Porto’s art district, Cedofeita, is a trendy hotbed of offbeat stores and street-side cafés within walking distance of Baixa. The main street, Rua Miguel Bombarda, boasts plenty of art galleries where you can browse for pieces, while the Saturday Porto Belo Market is the best place to snap up handcrafted souvenirs. Cedofeita’s most notable tourist sites are the peaceful Crystal Palace Gardens and Porto’s oldest church, São Martinho de Cedofeita.

If you want a break from Porto’s tourist crowds, head to Bonfim, which is connected to the riverbank by a funicular. This quiet residential area lies east of Porto’s liveliest neighbourhoods, Ribeira and Baixa, and is home to a mix of elderly residents and students who enjoy cheaper housing. Stay among locals in this slowly gentrifying district, where craft beer pubs and hipster coffee shops are just beginning to pop up.

The Best and Cheapest Times to Visit Portugal

10 Of The Best Places To Visit In Portugal, Chosen By Readers