An extraordinarily diverse country featuring lush countryside, wild shorelines, medieval towns and modern cities, the Netherlands is rich in both natural and cultural dynamism. Here, we check out the most beautiful Dutch towns that showcase the charm and wonder this country has to offer. 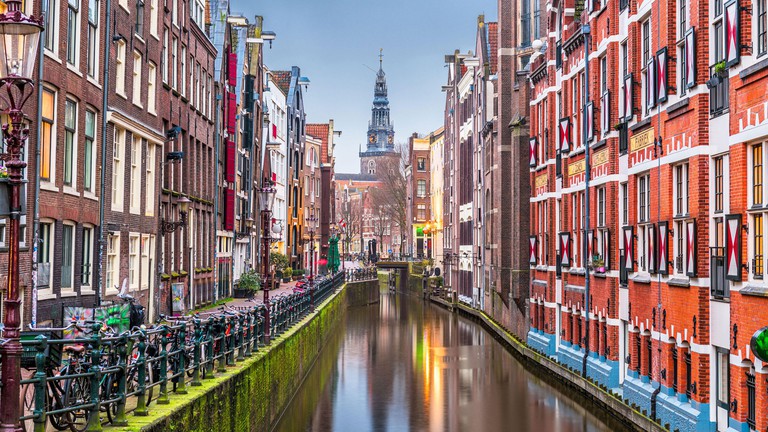 The capital of the Netherlands and the country’s most popular tourist destination, Amsterdam is a place of contrasts, a contemporary, laid-back city filled with unique and historical sites. The famous 17th-century canals which are found in the heart of the city are lined with charming houses, recognisable by their tall and narrow structure. Other architectural landmarks, such as the Gothic-inspired Rijksmuseum or the city’s many impressive medieval churches, add to Amsterdam’s beautiful cityscape and secure its place as one of the country’s most remarkable cities. 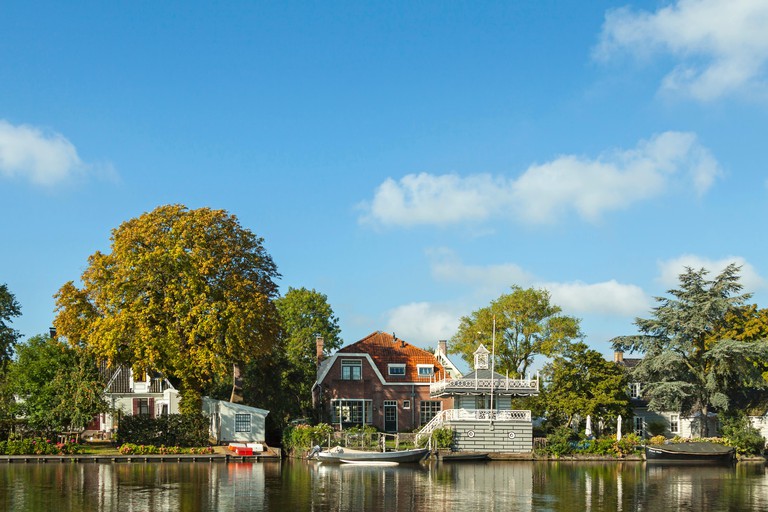 Broek in Waterland is located in the municipality of Waterland, an area of the Netherlands on the western shores of the Markermeer and characterised by its flat grass plains intersected by rivers, canals and dikes. The town is a picturesque village perfect for those searching for natural beauty and tranquillity. The streets are lined with typical Dutch houses painted in quaint pastel colours and centre around the charming village church which dates back to the 17th century. The town also features a large lake, which is the perfect spot for picnicking in summer and ice skating in winter. 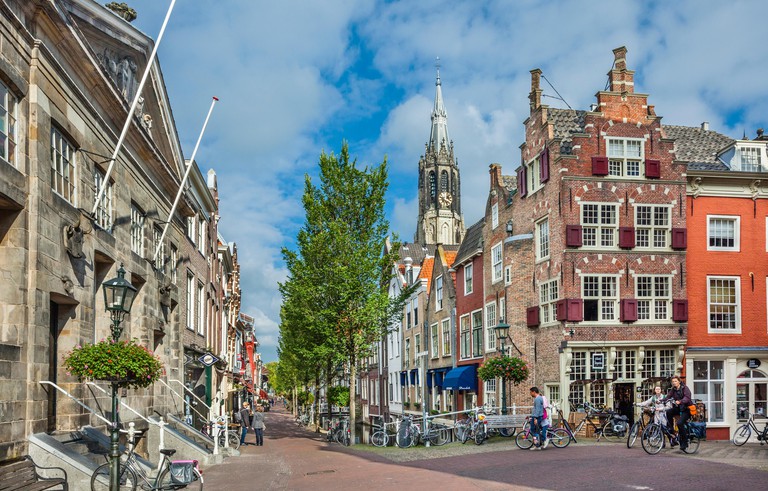 Known for its links with the great Dutch painter Vermeer, Delft is an astonishingly picturesque town worthy of its artistic heritage. The city centre has a number of monumental buildings, such as the impressive Renaissance-style town hall, or the Oude Kerk, a medieval church with an extraordinary 75m (246ft) church tower leaning at a slight angle. Delft is also home to dozens of beautiful, intersecting canals, including the Vrouwjuttenland, a canal dating back to 1432 and remarkable for its charming houses, cafés and the water lilies which float upon the surface. 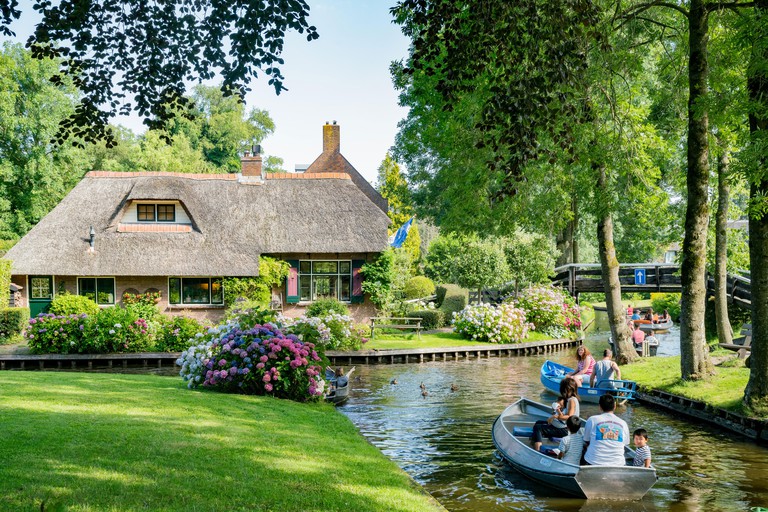 An idyllic little Dutch village, Giethoorn has often been termed the Venice of the Netherlands for its myriad canals and small bridges. There are no roads in the old quarter of the village, and all travel and transportation is carried out on the water. Giethoorn differs from Venice however in its innate peacefulness; around every corner are charming thatched-roof cottages, small, well-tended gardens and lush greenery. Visitors can take a boat out onto the canals and explore the nooks and crannies of this unique village, or wander the footpaths and the bridges, stopping at one of the village’s many cosy cafés. 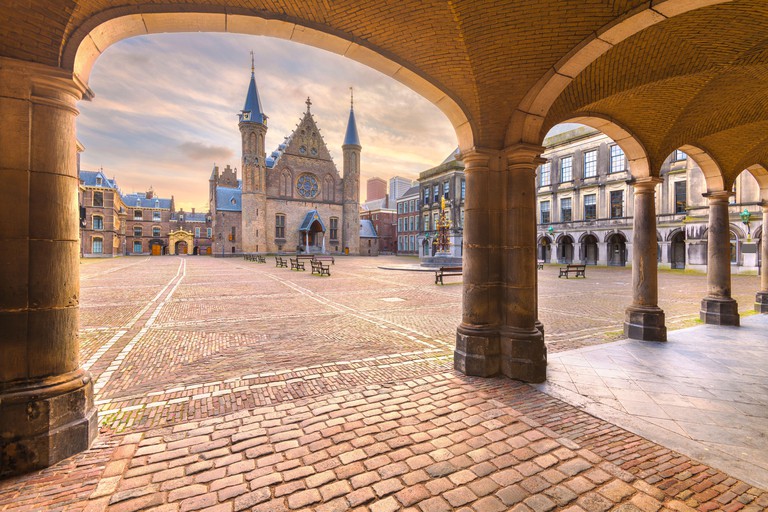 The political, administrative and legal capital of the Netherlands, the Hague is a beautiful city whose streets and buildings reflect both its impressive history and contemporary importance. Picturesque yet with an approachable charm, the city centre is a quirky mixture of architecture from medieval to modern and features the magnificent Binnenhof, the Netherlands’ seat of government. Nearby, the Noordeinde Palace, one of the Dutch royal family’s main residences, attracts plenty of visitors and their cameras. Towards the north of the city lies the area of Scheveningen, a wealthy beach resort complete with a pier, lighthouse and miles of sandy beaches. 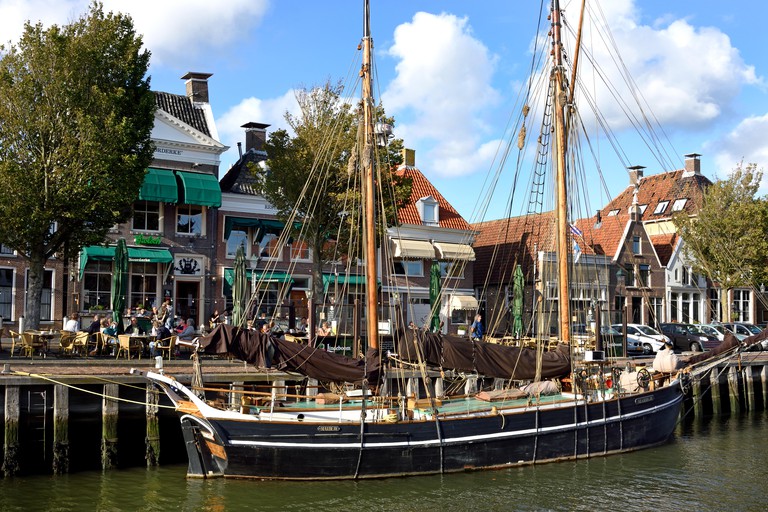 Located on the shores of the Wadden Sea in the northern Netherlands, Harlingen is a small town famous for its fishing industry that has become a popular tourist spot in recent years. Visitors can wander the quaint cobbled alleyways, admire the boats sailing from town to sea and take in the beautiful architecture. The town features a charming port filled with boats and ships, as well as numerous historic canal lines with attractive warehouses dating back to the 17th century and traditional houses. The old Harlingen lighthouse, built in the 1920s, still stands and has become the city’s most iconic landmark. 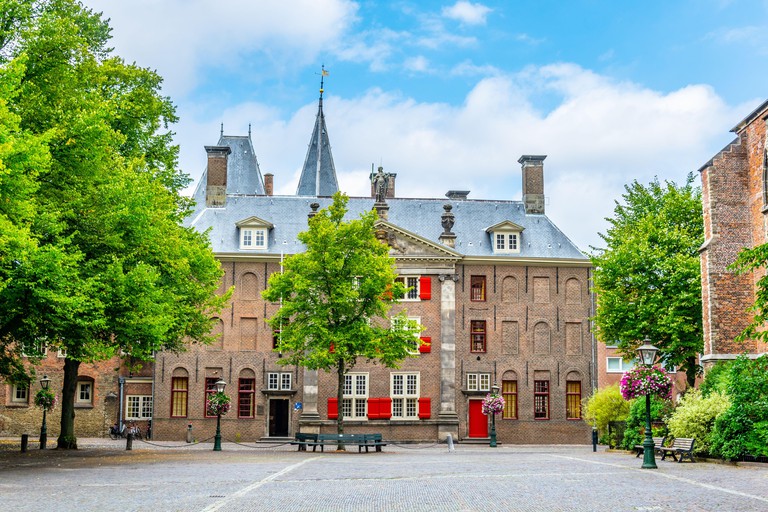 Home to Leiden University, the oldest university in the Netherlands, Leiden is known all over as one of the country’s main centres for history and culture. The birthplace of Rembrandt, this is an attractive city where traditional brick buildings cluster around the historic city, mingling with impressive university buildings. Like many Dutch cities, Leiden is located on the water; two branches of the Old Rhine enter the city and converge in the middle, with dozens of small canals branching off and winding throughout. Leiden also features an abundance of beautiful green spaces, including the Hortus Botanicus, one of the oldest botanical gardens in the world and the Leidse Hout, a small deer park on the edge of the city. 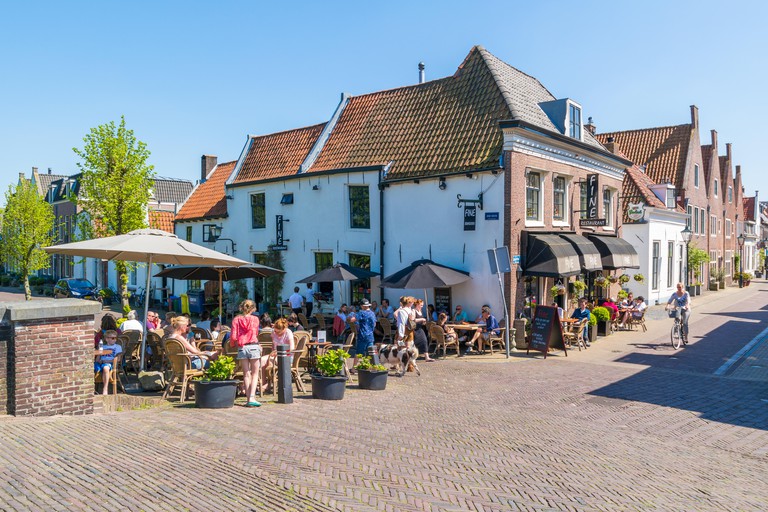 A stunning example of a star fort, Naarden is known as one of the best-preserved fortified towns in Europe. Star forts grew in popularity over the 15th century as a highly efficient form of defence and are visually arresting forms of architecture. The town of Naarden is located on the typical six-pointed star design and surrounded by a moat and lush green fields. The town is just as beautiful up close as it is from afar. The St Vitus Church, a 14th-century basilica, lies at the heart of the town, while the old town hall is a wonderful example of a traditional Dutch building, with intricate brickwork, charming green shutters and a peaked roof. 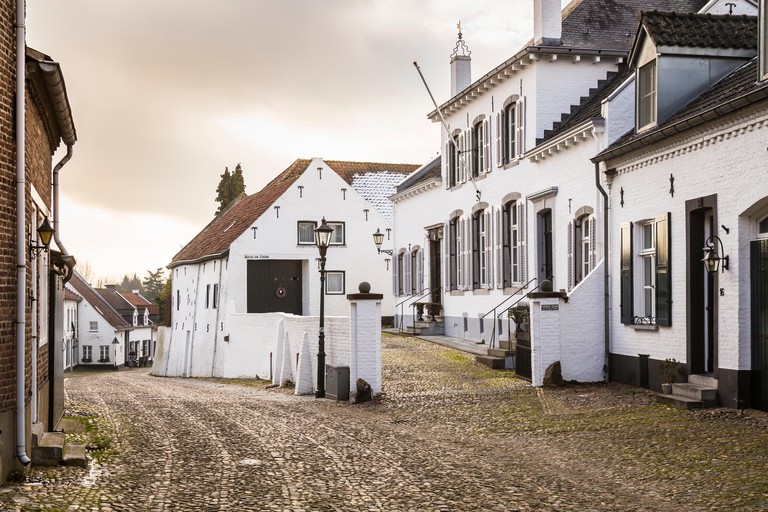 Thorn, also known as The White Village of Thorn, is a remarkable town with a remarkable history. The town began as a small settlement sprung up around an abbey, but in the 12th century became its own principality and was known as the smallest independent state in the Holy Roman Empire. Thorn is no less extraordinary today and has developed into a charming Dutch village with cobbled alleyways, small courtyards and the beautiful Gothic church. The town is notable for its characteristic, whitewashed brick houses, providing a contrast to the dark bricks typical of much Dutch architecture and lending the town a fresh, unique feel. 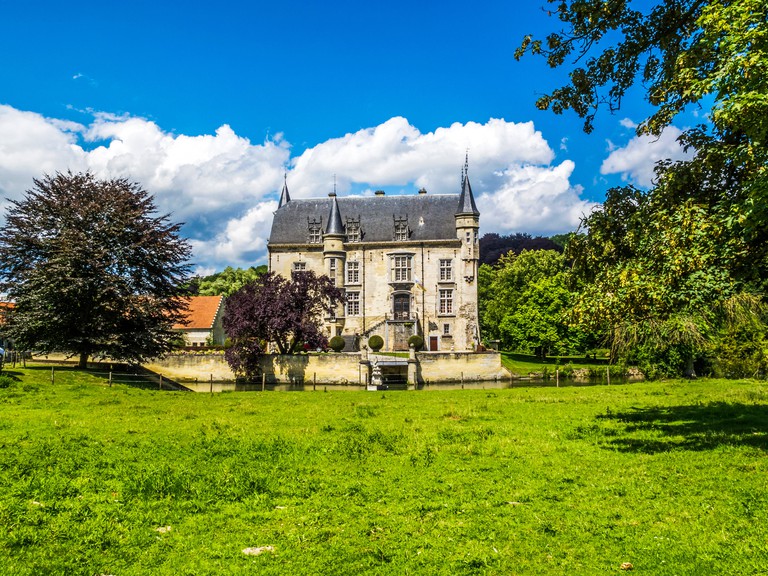 Visiting Valkenburg is like taking a step back in time. The city centre is filled with beautiful historic architecture, from the remnants of the city walls and gates to the Gothic Saint Nicholas and Saint Barbara Church featuring beautiful late medieval wood carvings. The ruins of Valkenburg Castle, dating back to the 14th century, are set on a hill above the town and are the highest castle ruins in the Netherlands. Valkenburg is also notable for what lies beneath its surface: a series of tunnels and caves, some man-made and previously used as mines and some natural. During the winter, they play host to a magical underground Christmas market.

Dutch remain on high alert for flooding of swollen rivers