Scotland is renowned for its historic towns, but it’s not just the famous sites such as Edinburgh and the university town of St Andrews that you should look out for when exploring Caledonia. Here’s a guide to the most charming towns that may be new to you. 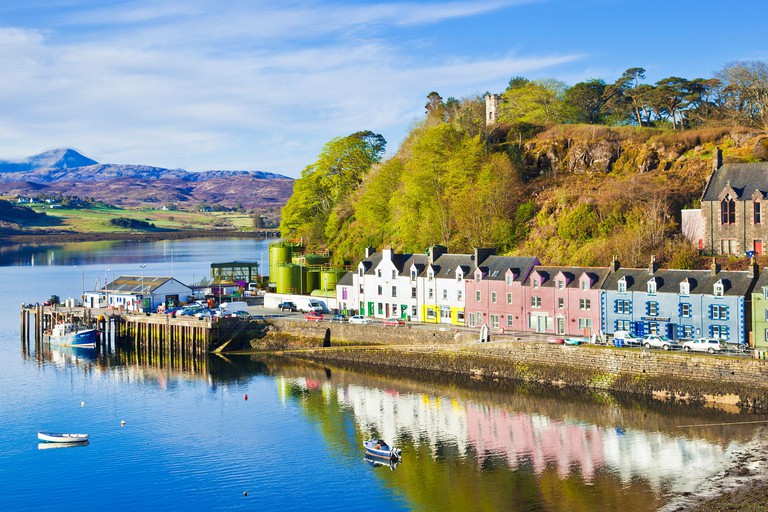 The Isle of Skye is famed for its natural beauty. Portree is the largest town on the island and makes for a superb view when seen from above on the cliffs that surround it, or looking back from the waters of Loch Portree. The town looks out across the loch and towards the Sound of Raasay, and it is the main cultural centre for Skye, with the Aros Centre hosting exhibitions of Gaelic culture. The name Portree comes from the Gaelic word Port Righ, meaning “king’s port”, and was named as such when James V visited with his fleet in 1540. Over the centuries the harbour has seen many highlanders and islanders leave Scotland for the New World, and in 1746 it was in Portree that Bonnie Prince Charlie took his leave of his protector, Flora MacDonald, as he fled the English. 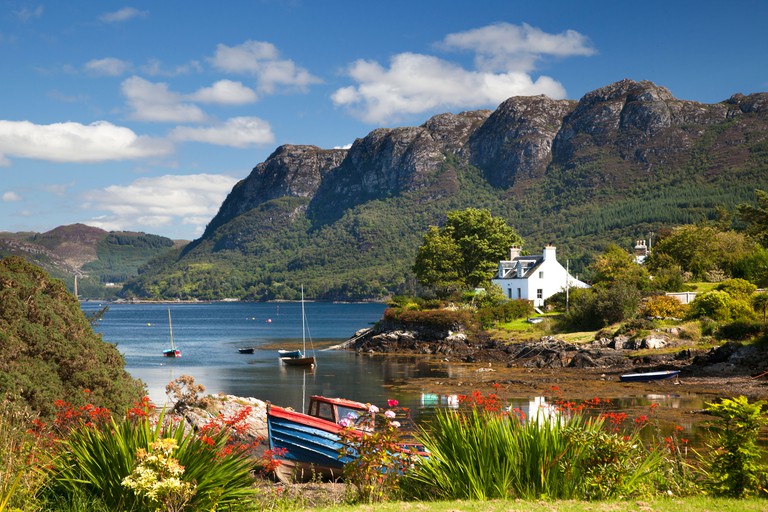 The picturesque harbour town of Plockton lies on the west coast in the Highlands, looking out onto Loch Carron. It has a unique appearance, with the North Atlantic Drift creating a mild climate. You’ll find cabbage palms growing on the harbour front, a tree normally found in tropical climes such as the Antipodes. The town grew in the 19th century as a fishing village established by highlanders who had been cleared from their lands. Just south of Plockton runs the Kyle of Lochalsh railway line, offering one of the most spectacular rail journeys in the UK. The town has been used as a location for TV shows and was also where the horror film The Wicker Man (1973) was made. 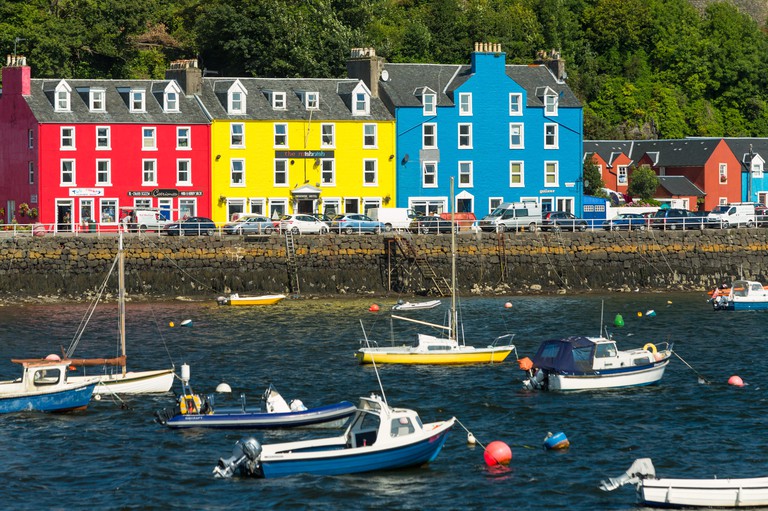 Tobermory, the main town on the Isle of Mull in the Inner Hebrides, is another beautiful harbour site. The aptly named Main Street faces out onto the Sound of Mull, with many of the shops and houses painted bright colours. If you recognise the town, it could be because the BBC children’s TV series Balamorywas filmed here. The name Tobermory comes from the Gaelic for “the well of the Virgin Mary”, and the town was founded in 1788 as a purpose-built fishing port designed by the great engineer Thomas Telford. There’s a local legend that a Spanish gold ship from the Armada lies sunk in the harbour, while the literary-minded among you may notice that Saki borrowed the name of his indiscreet talking cat from the name of this town. 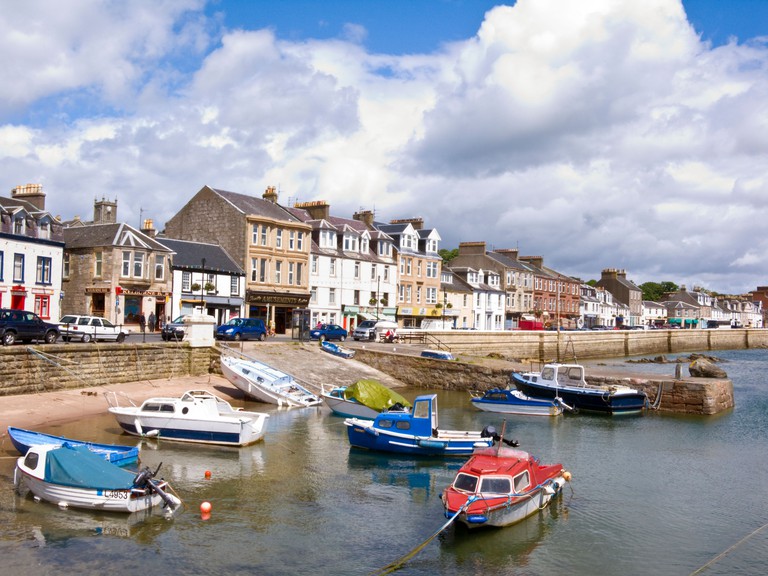 Millport is the sole town on the island of Great Cumbrae in the Firth of Clyde off the west coast, and close to the beautiful islands of Bute and Arran. It’s also home to the smallest cathedral in Britain, the Cathedral of the Isles, built in 1851 with money from the Earl of Glasgow and designed by William Butterfield, the great gothic revivalist famous for Rugby School and Keble College, Oxford. Millport lies on the south side of the island looking into Millport Bay, a settlement developed in the 18th century as a base for customs officers monitoring the passage of ships into the Clyde. Much of the town dates back to the Victorian era, a time when Millport became a popular tourist spot for visitors from Glasgow. 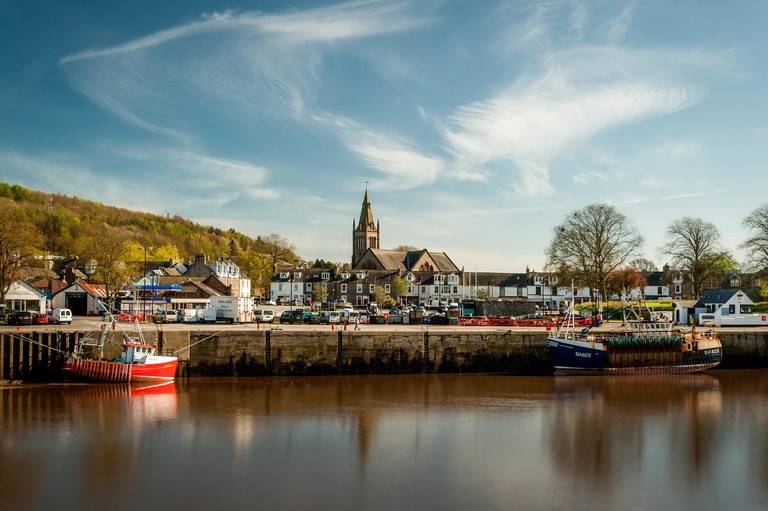 Kirkcudbright lies in Dumfries and Galloway in the Lowlands, close to Castle Douglas and Gatehouse of Fleet and overlooking the River Dee. Once the county town of Kirkcudbrightshire, it was home to the relics of St Cuthbert during the Anglo-Saxon period and became a royal burgh in the 15th century. The town today surrounds MacLellan’s Castle, built by Sir Thomas MacLellan in 1582. More recently, the town became famous in the first half of the last century as an artists’ colony to rival the likes of St Ives in Cornwall and Walberswick in Suffolk. Many of the Scottish Colourists spent time working in Kirkcudbright, including the likes of Samuel Peploe and Francis Cadell. 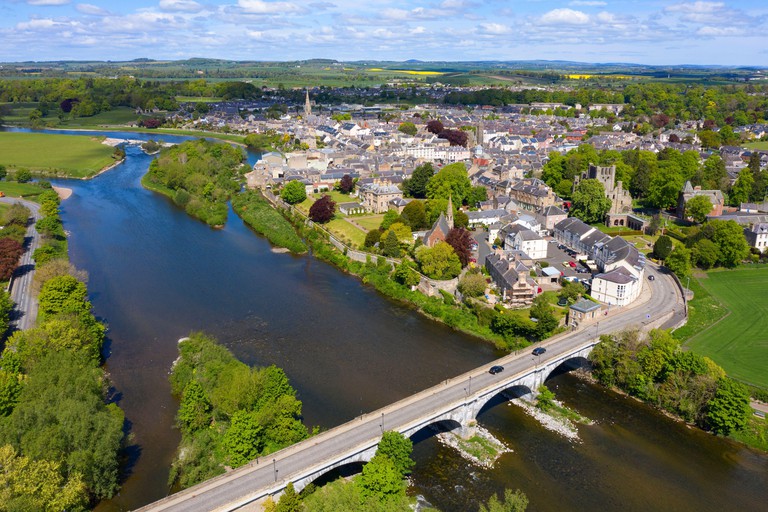 Kelso stands where the rivers Tweed and Teviot converge in the Border country. Sir Walter Scott thought the town the most beautiful in all of Scotland. It developed around the magnificent Kelso Abbey in the 12th century, once among the grandest monastic houses in Scotland and now a spectacular Romanesque ruin after it was destroyed during the Reformation. The town is also home to the Dukes of Roxburghe at the grand Floors Castle, built in the 18th century for the Kerr family just north of the town centre on the banks of the Tweed. Their original home, at Roxburghe, can be seen across the river in ruins, having once been one of the great royal centres for the Scottish kings in the Middle Ages. 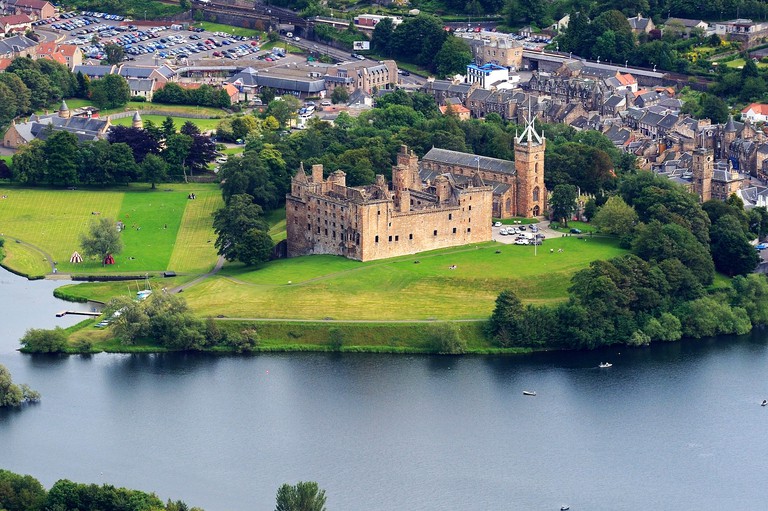 Linlithgow in West Lothian was once home to one of the great royal courts of Europe. Lying on the road between Edinburgh and Stirling, Linlithgow was a favourite haunt of the Stewart kings of the 15th and 16th centuries and a centre of political intrigue and faction until the Union of the Crowns of England and Scotland in 1603. That period left behind the vast Linlithgow Palace that rises spectacularly above the shores of Linlithgow Loch. When Bonnie Prince Charlie took the town during the Jacobite rebellion of 1745, it was said that the fountains ran with wine. The handsome town hall also dates back to the 17th century. 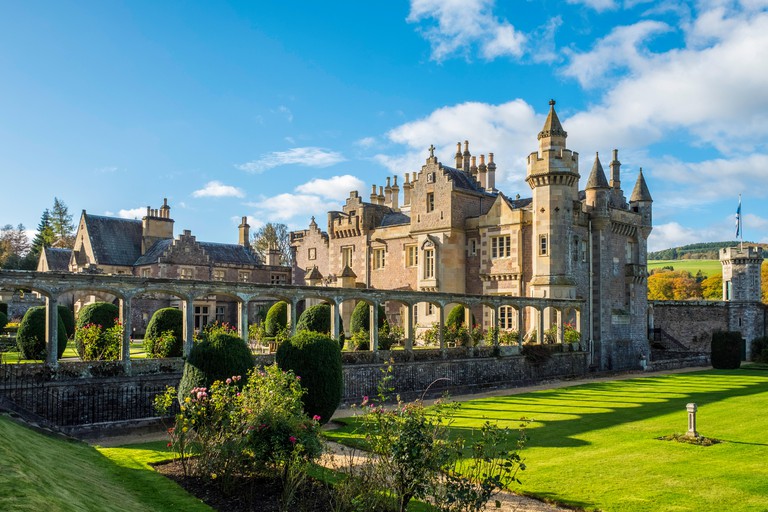 Melrose, in the Border country, is the site of one of the most picturesque monastic ruins in Britain. Melrose Abbey is the centrepiece of the town, built by Cistercians in the 12th century and the burial site of many kings of Scotland, and the heart of Robert the Bruce. The town is built around the ancient marketplace and cross and is surrounded by important and intriguing sites. To the south lie the rolling Eildon Hills; to the east are the remains of the Roman settlement of Trimontium and the ruins of Dryburgh Abbey; and to the west is Abbotsford, the home of the great romantic novelist Sir Walter Scott. Most curious is the Rhymer’s Stone, the site where the 13th-century poet Thomas the Rhymer is said to have fallen asleep and been taken by the Queen of Elfland, returning with the gift of prophecy. 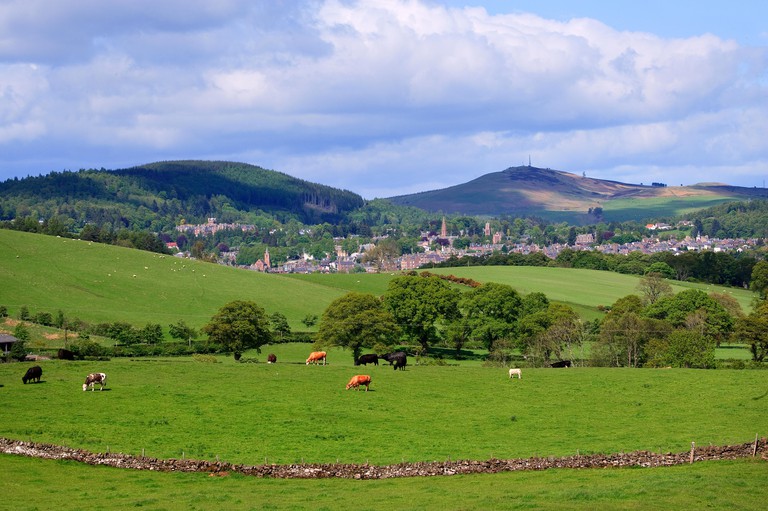 Crieff, in Perthshire, is famous for whisky, Victorian baths and its role as a key commercial centre for highlanders. Many brought their herds of cattle to Crieff in order to sell them to merchants and traders from the lowlands to feed the cities of Edinburgh and Glasgow. This made it a place where thieves and highland bandits rubbed shoulders, with countless feuds developing during market time in Crieff, and the famous outlaw Rob Roy MacGregor came to the markets many times. Today there is a strong Victorian feel to Crieff, with the Hydro Hotel opening in 1868 for wealthy convalescents. Other notable sites include the Glenturret Distillery, which claims to be the oldest in Scotland, dating back to 1717, and the Innerpeffray Library, the oldest lending library in Scotland, which opened around 1680 and is still free to visit. 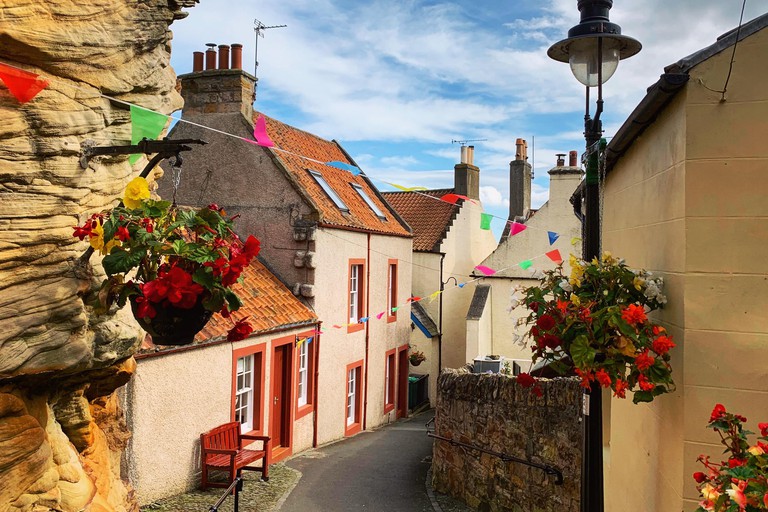 The small fishing town of Pittenweem is among the most unspoilt sites in Scotland and is located on the east coast in the East Neuk of Fife. The name Pittenweem comes from the ancient Pictish language and means “the place of the caves”. James V granted the town the status of royal burgh in 1541. Over the centuries there was considerable trade with merchants from the Low Countries who were sailing up the eastern coast of the UK. This is reflected in the red-and-white architecture and crow-stepped gables that are common in the town, as they are in Holland and Belgium.

Is Scotland Expensive? Trip To Scotland Cost Guide in 2021