Dramatic mountain scenery, ancient architecture, the odd ski resort – it should come as no surprise that Austria is jam-packed with gorgeous towns and villages. So whether you’re looking for a day-trip from Vienna or just want to see a different side to this European country, here are the most beautiful towns in Austria. 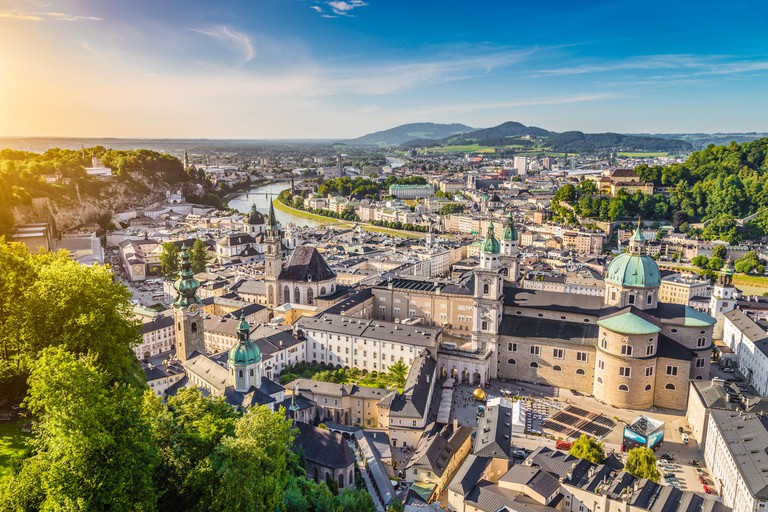 Widely agreed to be one of the most beautiful cities in central Europe, Salzburg easily makes this list. With about 12 centuries of history behind it, the city has had plenty of time to grow into the beauty it is now. The well-preserved Old Town is on the Unesco World Heritage list, and for lovers of baroque architecture, there’s no better place to come. There’s more, though – Salzburg was the birthplace of Wolfgang Amadeus Mozart, and it was also where The Sound of Music (1965) was filmed. 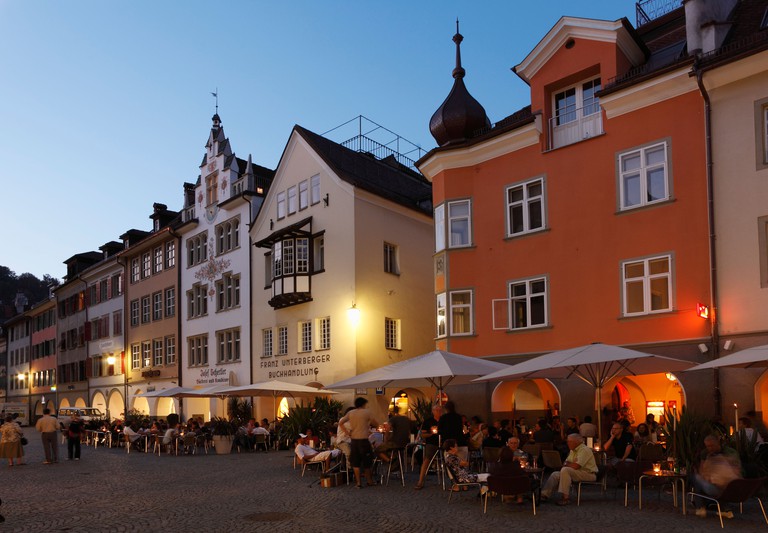 Sitting in the westernmost corner of Austria, Feldkirch borders on both Switzerland and Liechtenstein, but it’s well worth a visit for the impressive medieval centre. The mountains rising around it compound the effect, and it’s easy just to wander the old streets and feel jealous of the Austrians who were lucky enough to grow up in such a beautiful location. First mentioned in writing in 1218, Feldkirch is a great example of the sort of towns that used to be dotted all around the central European region. 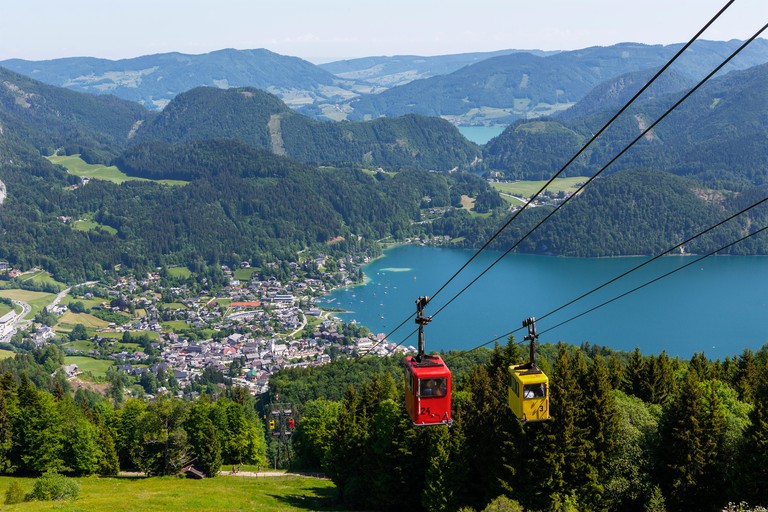 Located on the picturesque Wolfgangsee lake and surrounded by the Salzkammergut mountain range, St Gilgen has all the natural beauty you could desire. However, the fact it’s a medieval city full of colourful old buildings doesn’t hurt either. It started heating up as a tourist destination in the late 19th century, when wealthy inhabitants of Vienna began building their summer houses here. The city also has a connection to Mozart; although he never visited himself, the composer’s mother was born here and various other members of his family lived and worked here too. 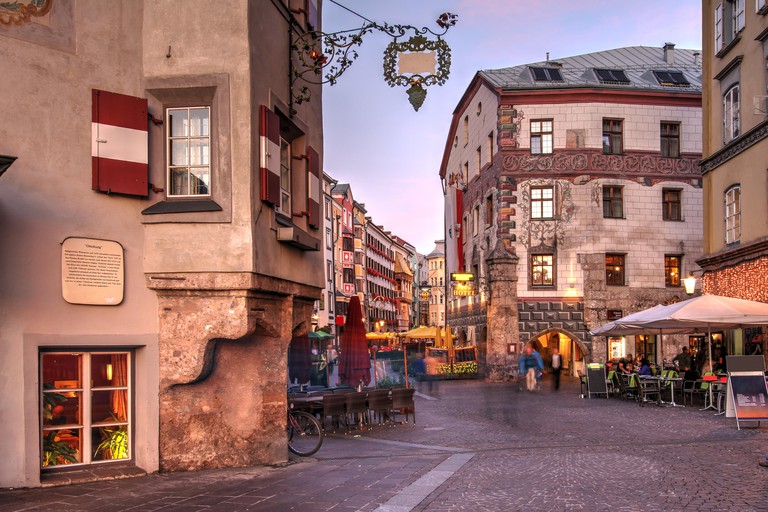 Innsbruck has a lot to offer. A position high in the Alps provides constant amazing views and great opportunities for winter sports; Innsbruck even hosted the Winter Olympics in 1964 and 1976. It’s the capital of the Austrian state of Tyrol, and it has a number of grand buildings in the centre and along the Sill river. However, after the Anschluss, in which Germany annexed Austria in the lead up to World War II, Innsbruck was heavily damaged by frequent bombings, so many of the buildings you see today are reconstructions. 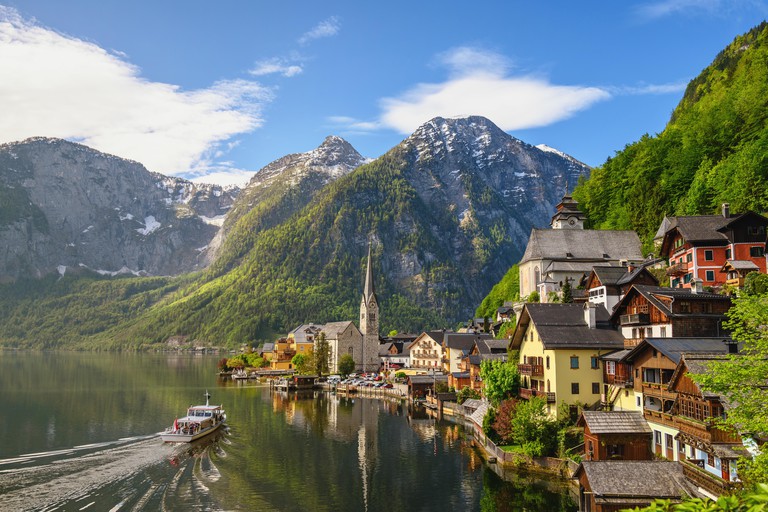 Another beneficiary of the beauty of the Salzkammergut mountains, Hallstatt has become a favourite destination for people from all over, thanks to a striking position on Lake Hallstatt. The town of Hallstatt is so beautiful, in fact, that a Chinese mining company developed a full-scale replica in Guangdong. But you’ll be much better off, and the schnitzel will surely taste better, if you go to the real thing. 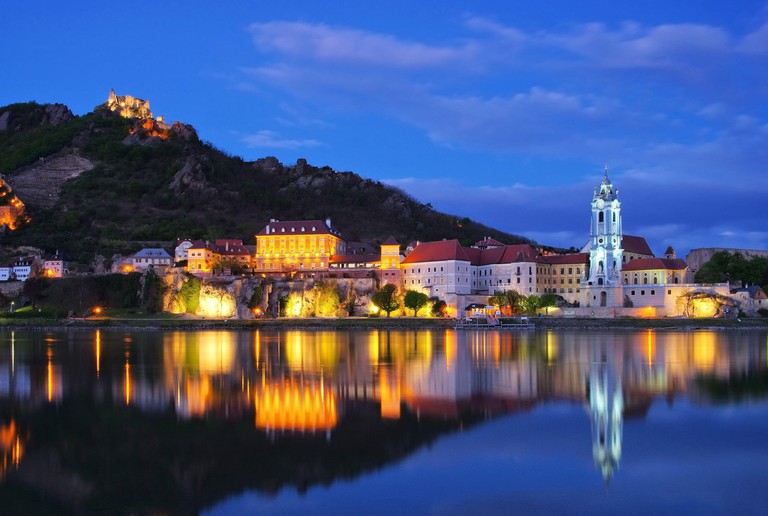 Dürnstein is one of the adorable small towns you’ll pass if you’re on a cruise down the Danube. There’s a medieval castle looming over the river, dating back to at least the 10th century, and the town centre is full of beautiful buildings from across all sorts of architectural styles. Dürnstein is also right in the middle of an important Austrian wine-growing region, so you’ll be able to try some of the local produce. The most famous varieties are dry white wines, particularly the grüner veltliner. 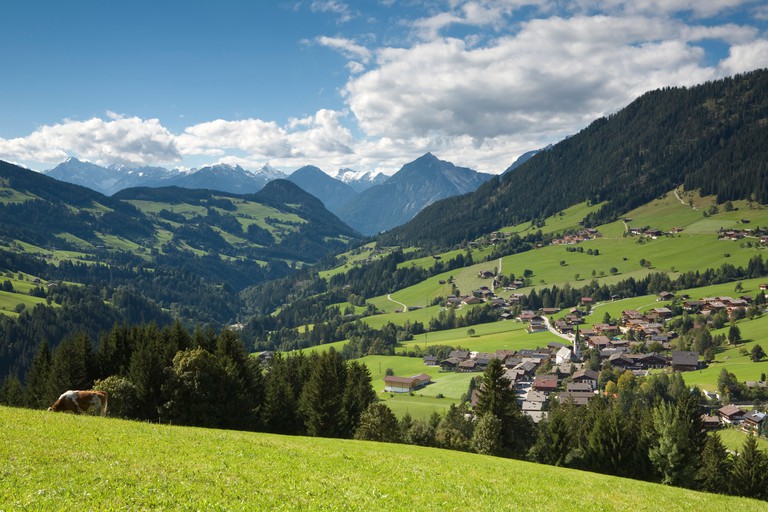 Alpbach was voted the most beautiful village in the country in 1983, and named the most beautiful floral village in Europe in 1993. Despite the fact that it’s fairly isolated up in the Alps, thousands of tourists come here every year to enjoy its charm. It’s also a ski resort – one of the best in Austria – and every year the Alpbach European Forum draws important people from the worlds of science, business, the arts and politics for two weeks to share ideas. And for those interested in science history, this is where theoretical physicist Erwin Schrodinger is buried. 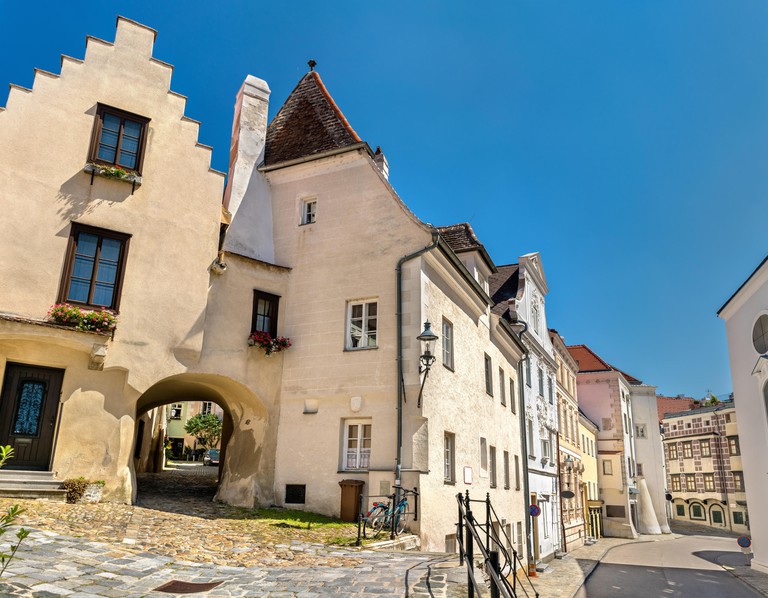 Krems an der Donau was first mentioned in writing in 996, but archaeological discoveries prove the area has been inhabited for many thousands of years before that. In its heyday, in the 11th and 12th centuries, Krems was almost as big as Vienna. Now it’s still worth visiting for its gorgeous old town. Krems is also in the wine region, so it’s perfect to visit for wine tasting, but it’s the locally produced marillenschnaps – an apricot brandy – that you should try first. 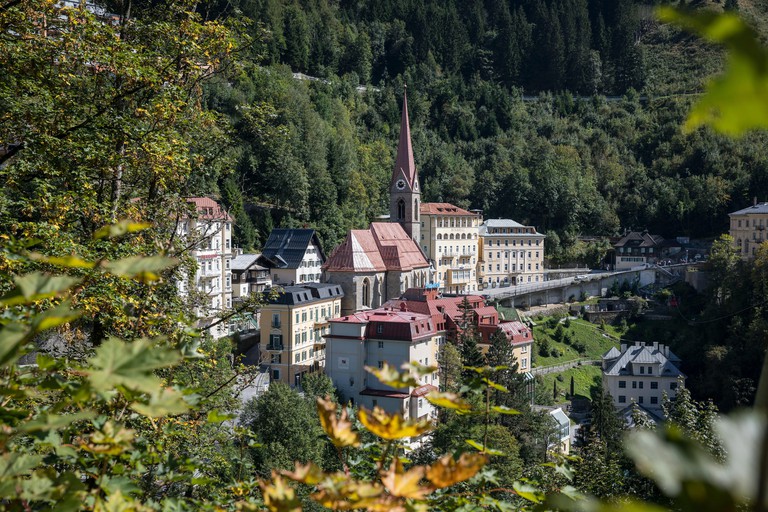 While the area of Bad Gastein has been inhabited for over a millennium, it came into fashion as a spa town in the late 19th century, when kings, queens, chancellors and tsars were attracted by the local hot springs. To please the royal guests, the city was built in the grandiose Belle Époque style, which can still be seen in the buildings. You can visit the baths today to get the spa treatments that monarchs enjoyed more than a century ago, or you can come in the winter for skiing and plenty of other winter sports. 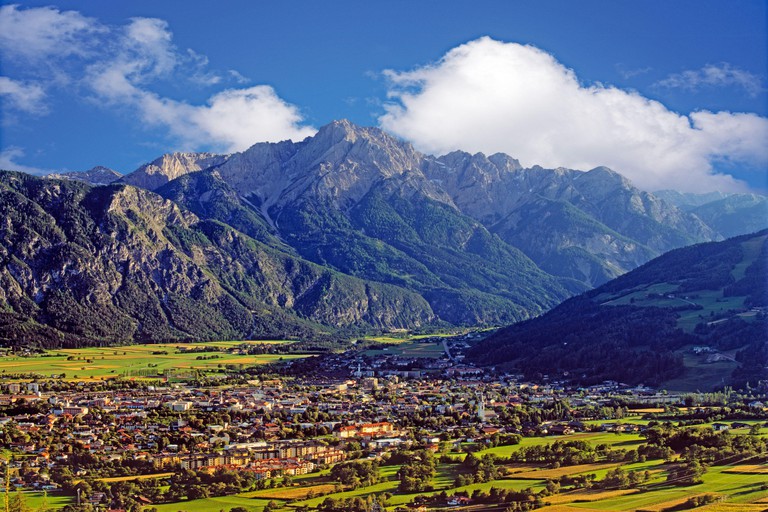 You know a city is going to be pretty when it calls itself the Sun Town. People have been living here since the Bronze Age about 4,000 years ago, and in that time, the land has changed hands many times. Throughout the ages, it’s been part of the Roman Empire, the Hapsburg Monarchy and Nazi Germany. Visiting it now, you can see architecture from across the ages that complements the natural beauty of the mountains and green landscapes surrounding it.

10 Reasons Why You Should Visit Innsbruck At Least Once