The road trip between Perth and Melbourne across the southern coast of Australia spans approximately 2,500 miles. Given three weeks – or even months. . . I’m fairly certain it would be a trip for the books. As it was, the trip was a race across the continent with no buffer to accommodate for unfavorable conditions, rest days, or Plan Bs. We did get the chance to visit some beautiful places though, and even checked a few experiences off our bucket list. If you ever get the opportunity to drive from Perth to Melbourne, take it! Just make sure you have the time. Below are my favorite destinations from our cross-country adventure.

Wave Rock is huge. Fifteen meters high and 110 meters long to be exact! It’s hard to really capture the scale in photos. Even though it has nothing to do with the ocean, water was still the major factor in its formation. Millions of years ago ground level was way up there at the top of the wave. When erosion finally lowered the surface level of the surrounding soil, it exposed the unmistakably wave-shaped slope we see today!

There’s no getting around the fact that The Wave is located in the middle of nowhere. Not really on the way to anything else. But if you are traveling through Western Australia then you should be pretty comfortable with the idea of large expanses of nothing punctuated by moments of sheer awe. 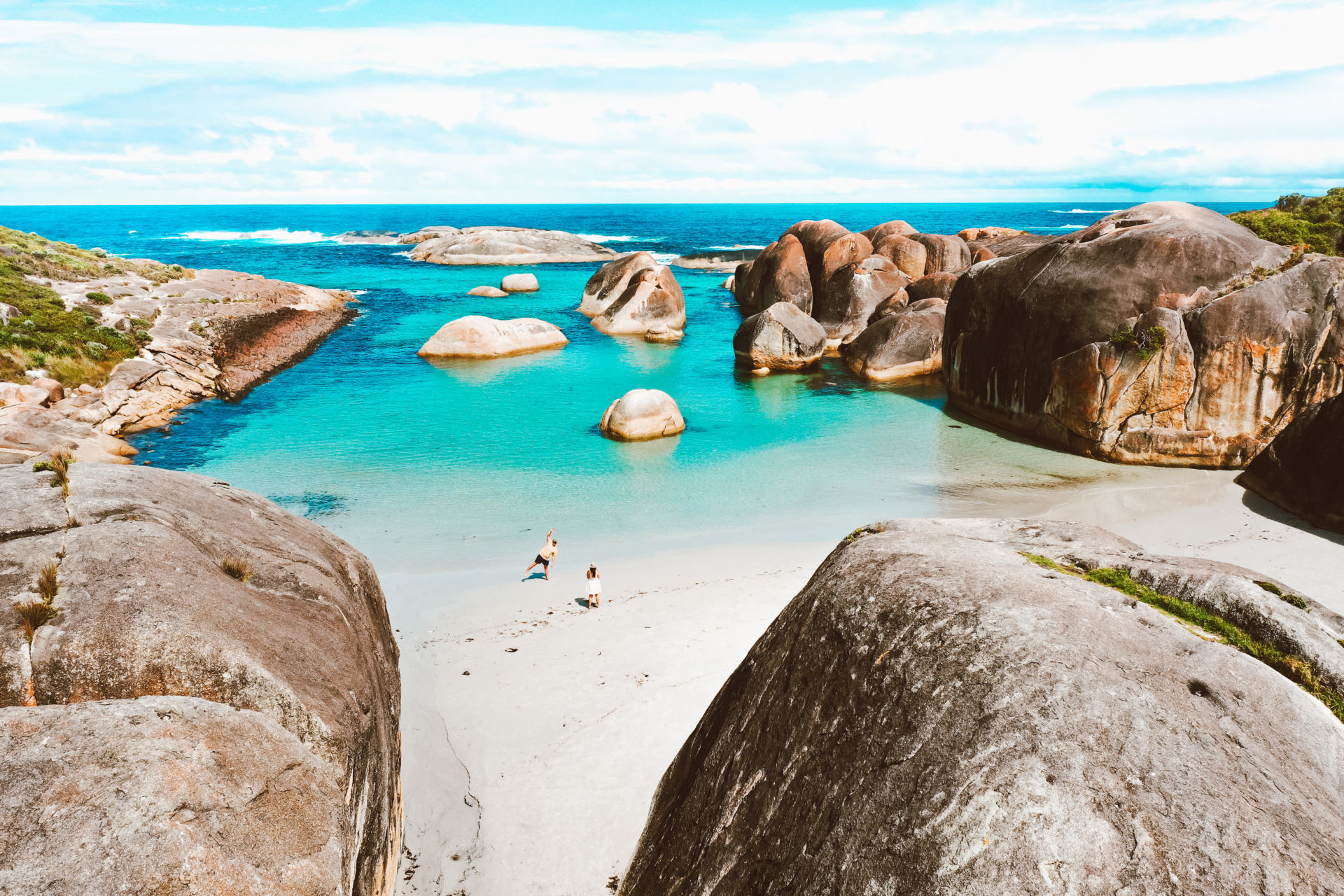 Denmark is a cute coastal town nestled on the southern cost of Western Australia. We happened to stop there simply because it was the closest town on the map to William Bay National Park – home to Elephant Rocks and Greens Pool. We arrived in the middle of the night, but the morning sun revealed a charming atmosphere with a lively mix of dread-headed backpacker types and retirees living out their golden years in coffee shops and holistic bakeries.

Famous for its large, elephant sized, rocks that appear to be cooling off in the shallow cove waters, Elephant Rocks, is beautiful. We spent the morning clamoring around on the boulders, strolling along the boardwalk, and photographing the wild ocean views. As the sun got higher we made the short walk over to Greens Pool. This stunning white sand beach is sheltered from the Great Southern Ocean by large boulders, and the result is a protected paradise perfect for sun worshiping, long beach walks, and some excellent snorkeling as well. You can get to Greens Pool from the same parking lot used for Elephant Rocks.

I’d always wanted to travel through Western Australia. Something about the extreme remoteness, long stretches of empty road, and pristine beaches has always appealed to me. But it wasn’t until I recently stumbled across some photographs taken near Esperance that I became determined to make the trip a reality. I was particularly captivated by a photo of the wild kangaroos at Lucky Bay Beach. I mean, does it get anymore Australian than that!

We spent two days exploring the beaches around Esperance and Cape Le Grand National Park, and it wasn’t nearly long enough! Of course that was kind of the story of the entire road trip. You could easily spend a week exploring Cape Le Grand National Park. There are endless stretches of empty white sand beaches, quiet, picturesque coves, and enough solitude to make you wonder which century you are in. I couldn’t get enough! 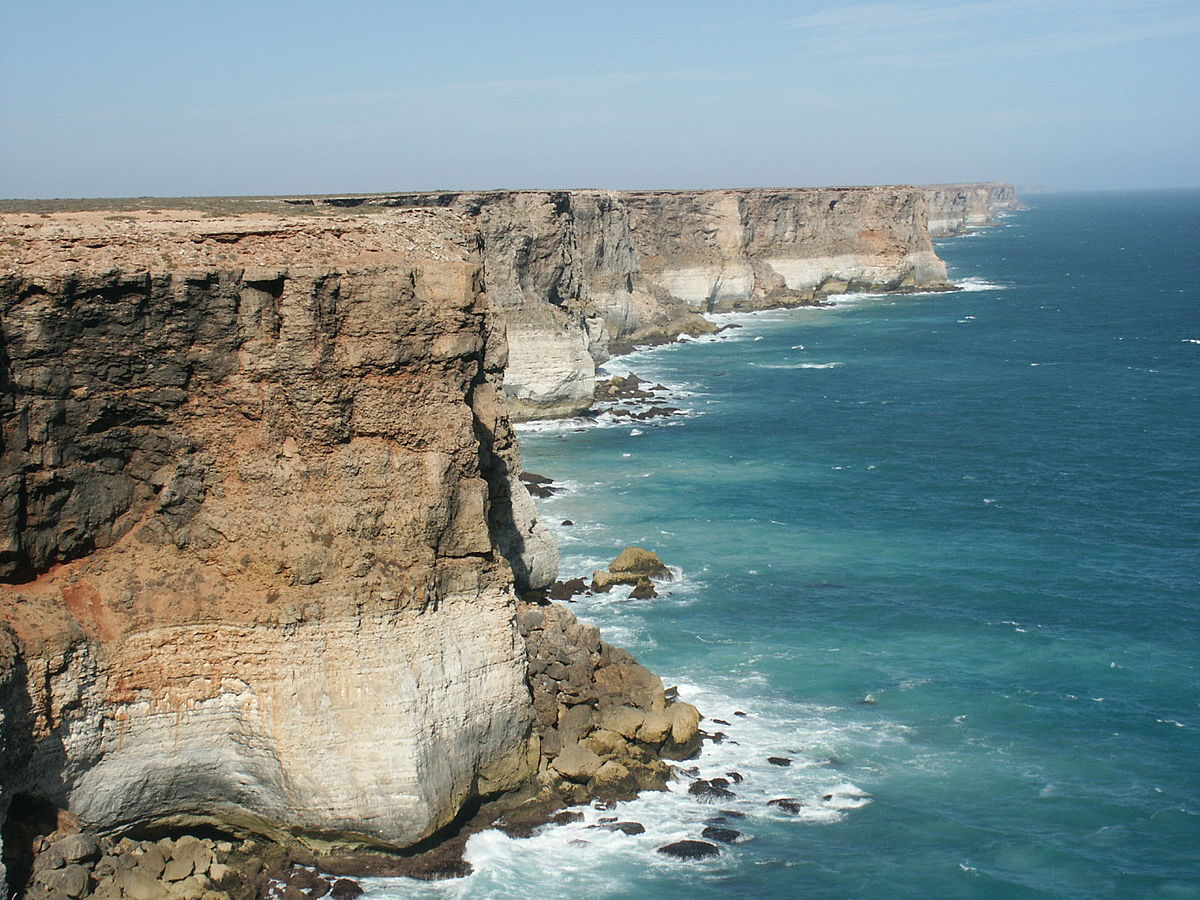 The outback is a strange and unfathomable place. There is something about all that emptiness that exerts a strange hold on people. It is an environment as inhospitable as any you will find on earth, yet it has a magnetic force that has beckoned people into its unforgiving depths for generations.

There is perhaps no better way to experience the hypnotizing emptiness of Australia than to drive across the Nullarbor. The Nullarbor is one of the most forbidding expanses on earth. No deviation. No respite from the monotonous black top, save for the decaying kangaroo carcasses that you’ll find yourself dodging every few hundred meters. Please avoid driving before sunrise or after sunset!

The few towns you will find could more accurately be called rest stops, and seem to exist solely for water and refueling. And yet, I found the experience surprisingly enjoyable. Therapeutic even. In fact, standing on the edge of the Nullarbor, looking out over The Great Australian Bight, with hundreds of miles of nothingness in every directions was one of the more memorable experiences of the trip.

The Eyre Peninsula is a spectacularly beautiful place bordered on the east by Spencer Gulf, the west by the Great Australian Bight, and the north by the Gawler Ranges. There are three reasons that the Eyre Peninsula was on our bucket list for this trip: 1) explore the rock pools, 2) swim with Australia’s endangered Sea Lions, and 3) cage dive with Great White Sharks. To our pretty huge disappointment, a stretch of bad weather and high surf that hit just as we arrived made all but 1 of these activities impossible. Next time!

Our original plan had been to stay in Baird Bay and swim with the Sea Lions there because we had heard that it was the best. Unfortunately all the Sea Lion tours were canceled that week in Baird Bay, so we decided to drive further south to Port Lincoln and try our luck there. In Port Lincoln we were able to find one company that was still running tours despite the weather- Calypso Star Charters. We booked with them, and never looked back. Snorkeling with Seal Lions was probably THE highlight of the trip. They are so curious, and the goofier you are with them, the friendlier they get.

Before we left Eyre we tried our luck with the rock pools at Whalers Way (you need to pick up a permit and key at the visitors center), and Greenly Beach, but the surf was too high and there were no pools to be found at either location. Both areas were beautiful though!

Twisting and turning its way along the southwest coast of Victoria for 151 miles, The Great Ocean Road is one of the worlds most iconic stretches of coastline. Every pullout offers a new breathtaking ocean view, often with an interesting arch or sea stack jetting out of the water into the horizon. It doesn’t matter how many photos you have seen of The Great Ocean Road – nothing can really prepare you for its beauty. That being said, unlike the vast majority of destinations proceeding this one, you will not be alone. Not even close. Depending on the time of day, you might be sharing the views with hundreds of other people! The best way to avoid the crowds is to arrive at the most popular lookouts for sunrise – before all the tour buses arrive from Melbourne.