A baby elephant has been spotted wandering around the plains of South Africa with a missing trunk.

Fears for the calf’s safety have grown after footage showed the baby animal walking among a herd of elephants in Kruger National Park without its critical body part.

Safari workers said they didn’t know exactly how it had lost its iconic appendage but it was likely r.i.p.p.e.d off by a predator. 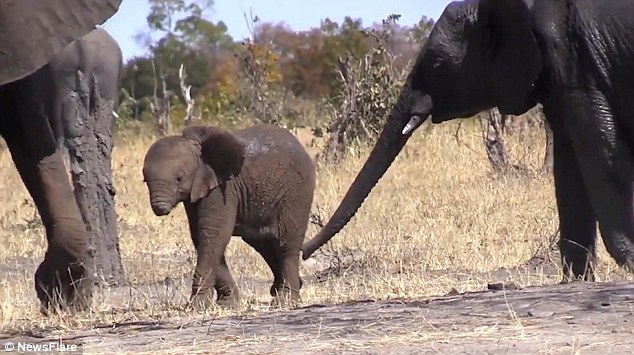 A young elephant has been spotted in Kruger National Park, South Africa, without a trunk 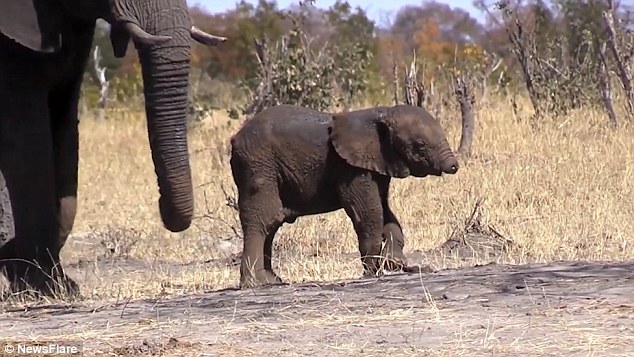 Its trunk was probably b.i.t.t.e.n off by a crocodile or a lion – or damaged in a snare, according to safari workers

They said there had been several cases of crocodiles grabbing baby elephants by their trunks as they sipped water from lakes.

Lions are also known to cling to the trunk when they a.t.t.a.c.k large animals.

Another explanation was that it could’ve been caught in a snare.

The body part is a fusion of an elephant’s upper lip and nose. Filled with more than 100,000 muscles, this huge appendage is both powerful and dexterous.

The animals use their trunks to pick plants and fruit from trees and eat grass from the ground.

They use the trunk to suck up as much as two gallons of water at a time for either drinking or cleaning itself.

Elephants also use their trunks to defend themselves against predators. Losing it is one of the most potentially life-threatening things that can happen to the animal. 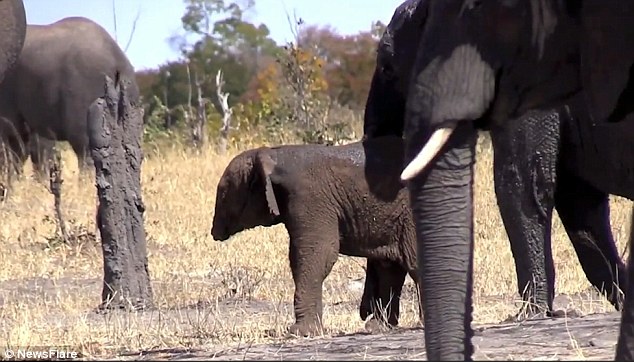 Filled with more than 100,000 muscles, an elephant trunk is both powerful and dexterous 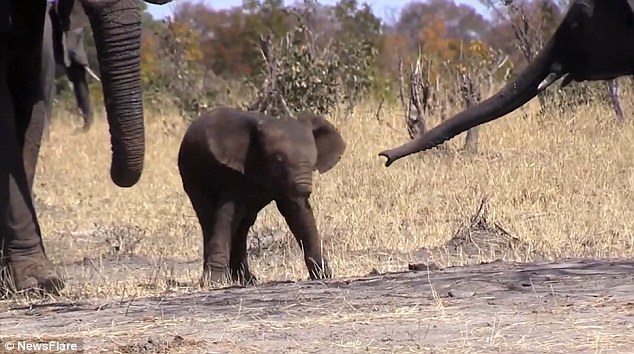 It’s essential in the animal’s survival. It’s used for eating, drinking, and even breathing properly

The chances of an adult elephant surviving in the wild without its trunk are slim.

Without a trunk, it would be near-impossible for the animal to consume that much food or water.

The trunk is also important for social interactions. Elephants use their trunks to hug, caress and comfort other elephants.

Without the tools to form bonds with fellow elephants, it may be ousted from its herd and v.u.l.n.e.r.a.b.l.e to predators.

Save Me, Mum! Clash Of The Titans As Mother Hippo Lunges At An Elephant To Stop It From Trampling Her Baby In Namibia

Fantastic Moments When the Herd of Elephant Celebrate Of Newborn Calf