During its lifetime its played its part in Viking invasions, Clan wars, and Jacobite uprisings.

With its beautiful island setting and weathered grey walls, it’s one of Scotland’s most instantly recognizable castles. 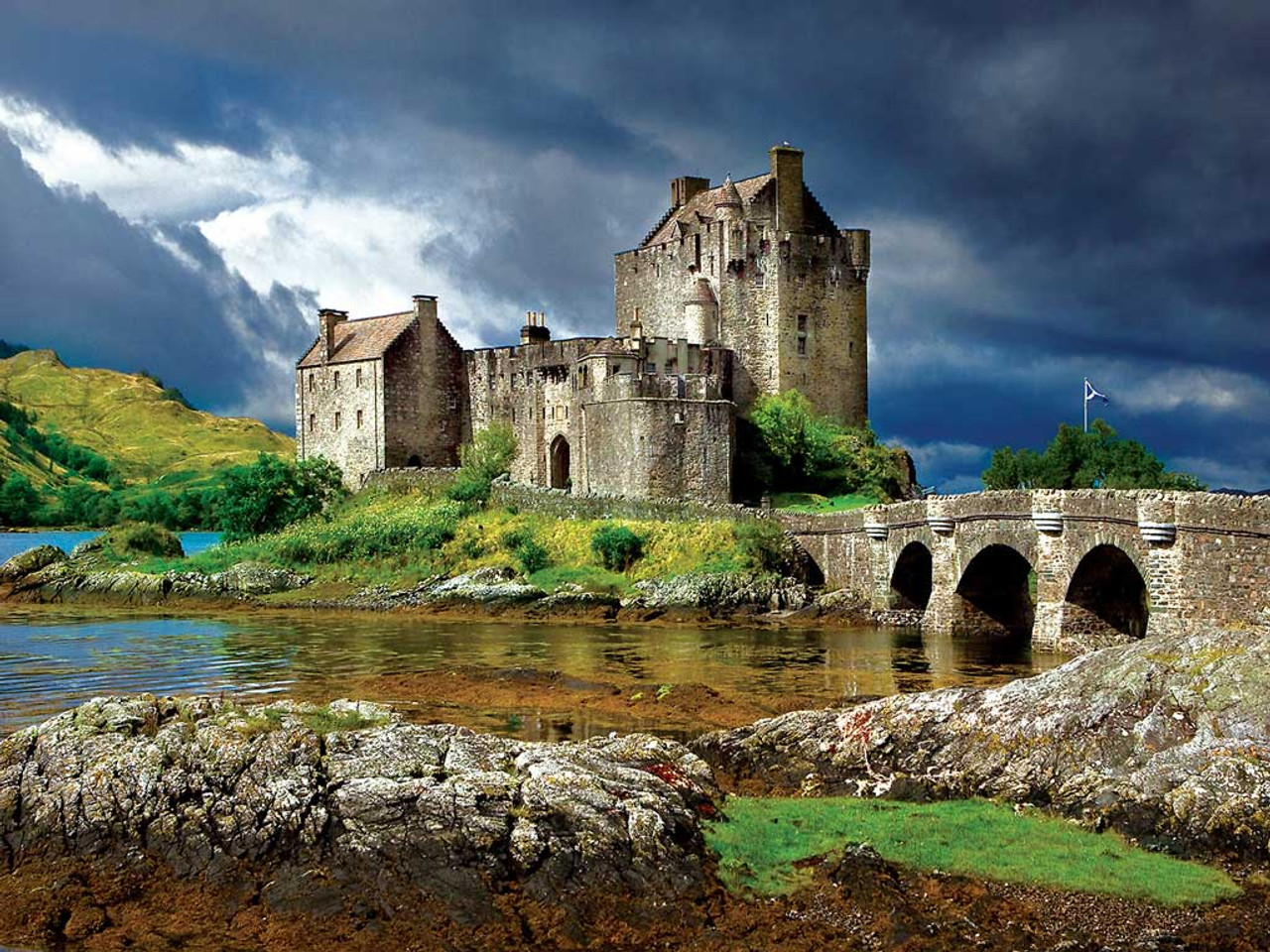 And during its lifetime, Eilean Donan Castle played its part in Viking invasions, Clan wars, and Jacobite uprisings.

Situated on an island at the point where three great sea lochs meet, the castle has held a strategically important place in the plans of Kings, Jarls, and Clan Chiefs.

One of the most visited landmarks in the Scottish highlands, the first fortified stronghold to be built at the site was in the mid 13th century. Named after the island that it stands on, Eilean (Island of) Donan, it was more than likely built to protect the lands of Kintail from the roving warbands of Vikings who controlled many of the western islands of Scotland.

From there it would then have then been used as a seat of power for the Lord of the Isles, a powerful regent in his own right, who for a time-challenged the rule of the Kings of Scotland. 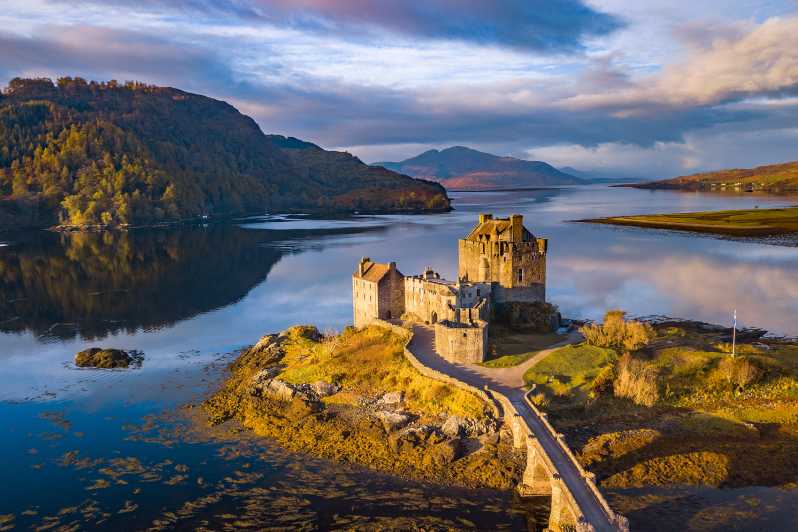 The Clan MacDonald, the ruling clan of the “Sea Kingdom” eventually submitted to the rule of the royal family of Scotland but it was to be an uneasy alliance.

Over the centuries of many clan feuds and kingdom wars, the castle was rebuilt or altered in size several times. 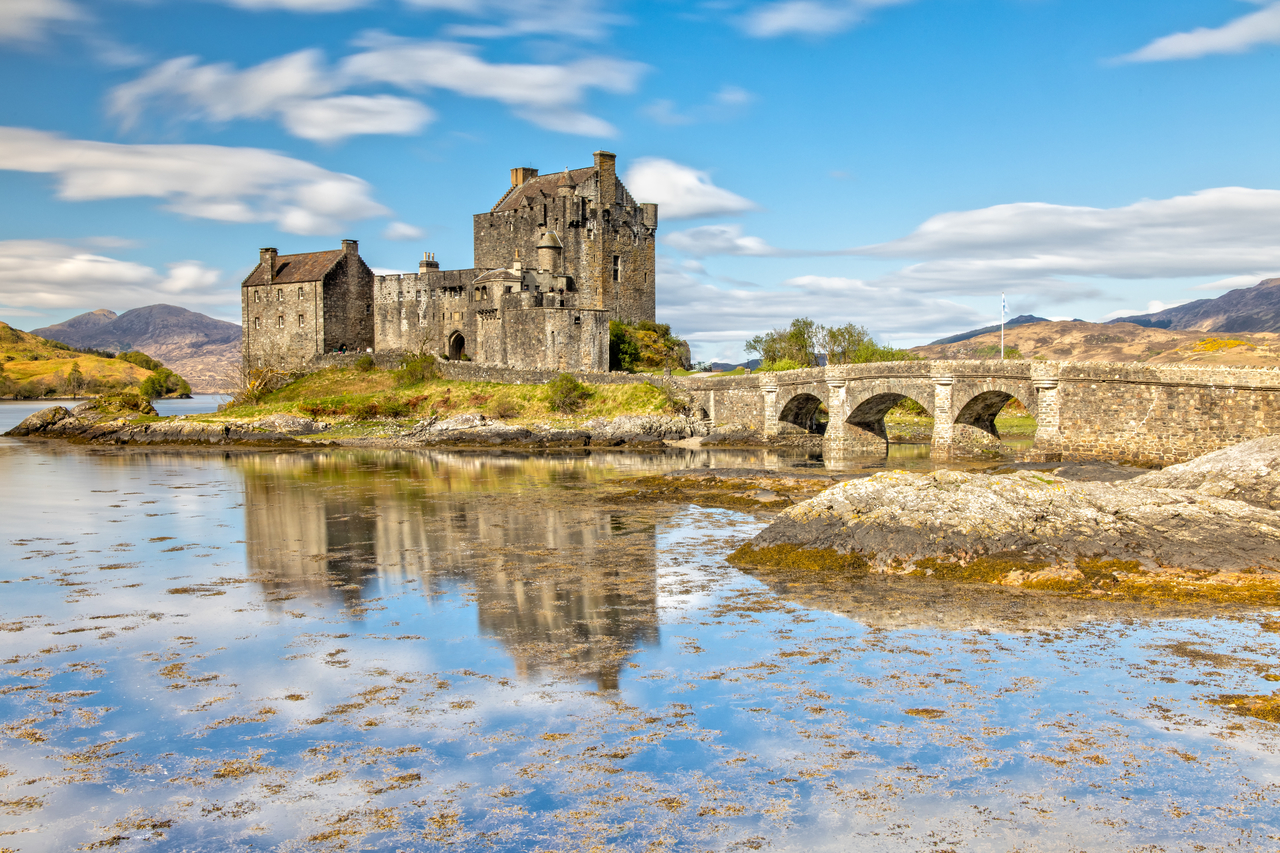 The largest change was to come during the Jacobite rebellion when in 1719 a garrison of Spanish soldiers who supported the cause were eventually overwhelmed by a British Government naval force who ignited stores of gunpowder destroying large parts of the castle.

It wasn’t until almost two centuries later after the ruins of the castle had lain neglected that the island was bought by Lt Colonel John Macrae-Gilstrap who dedicated two decades of his life to restoring this once-proud stronghold. 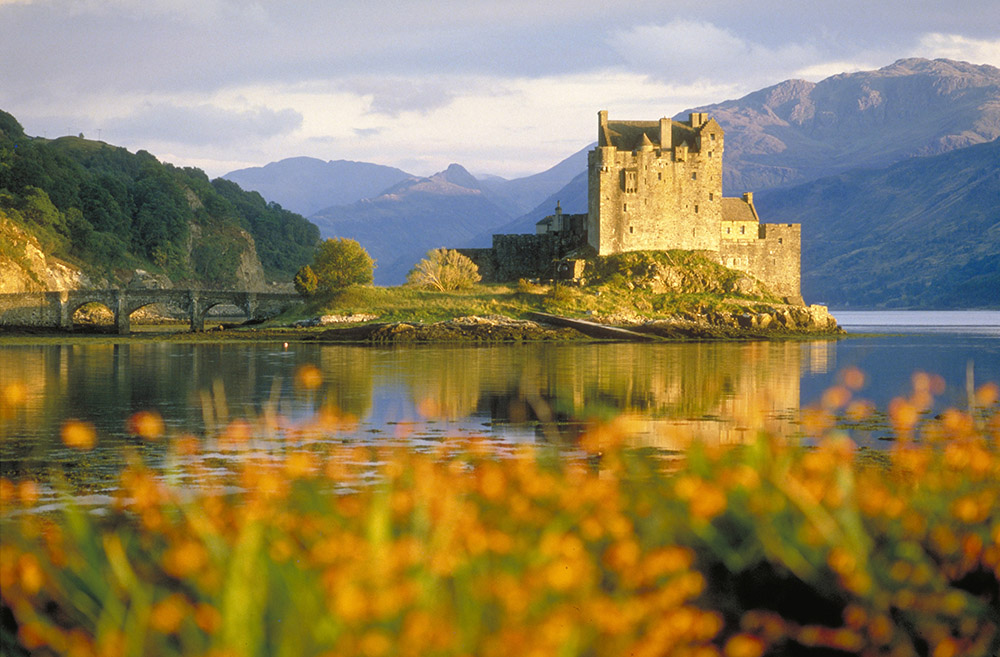 Rebuilt to a surviving ground plan of earlier phases, the restoration was finally completed in the summer of 1932.

Still, under the stewardship of the Macrae Family, the castle is owned by the Conchra Charitable Trust.

First opened to the public it now has a Visitor Centre, coffee shop, and gift shop.