When the Berlin Wall came down on November 9, 1989, there went on one of the most prominent landmarks of the Cold War. Several slabs of the Wall remain (in Berlin and elsewhere), along with plenty of markers in the city that trace the history of the former German Democratic Republic. But the Wall was just one piece of architecture in a country that essentially had to rebuild from scratch in the wake of World War II, and with the country divided between the capitalist West and the communist East, there was a sense of competition over who could build the better Germany. As a satellite of the USSR, the GDR became a hybrid of its former Prussian aesthetics and Soviet modernism, with each construction telling one side of the story of this onetime state. And while the Wall has largely become a museum piece, there are still plenty of buildings in Berlin and beyond that still function as both a form of history and a depiction of daily life in the former East. Here are seven to check out. 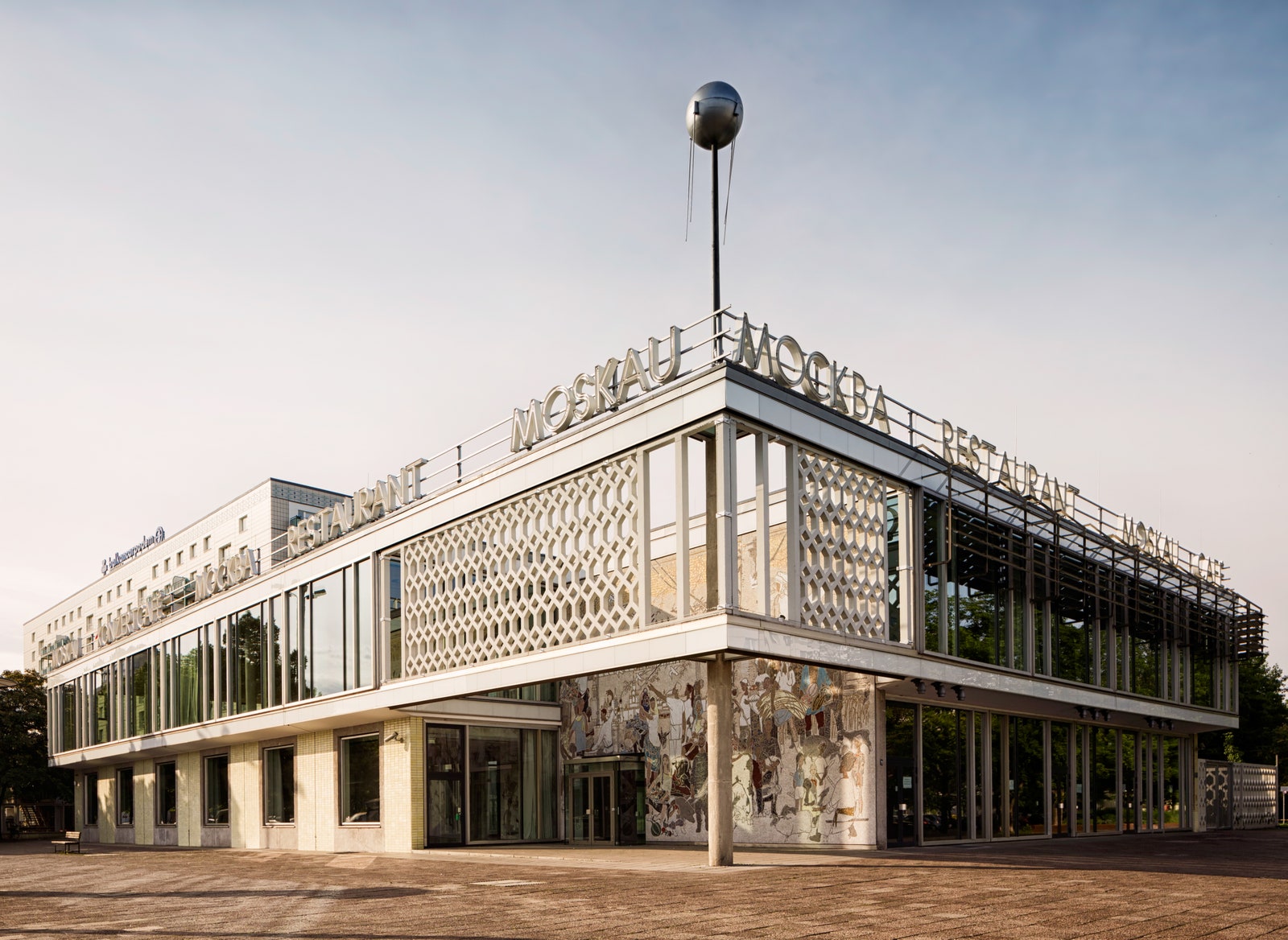 GDR author Brigitte Reimann captured the postwar reconstruction of Berlin in her novel Franziska Linkerhand: “We don’t have time for shenanigans. We have only one task: to build apartments for the workers, as many, as fast, as cheap as possible.” In Berlin, communism came to life with the construction of Karl-Marx-Allee, which is still lined with these cheap apartments (known locally as Plattenbauen) that epitomize the thrilling architecture of Soviet sameness. Yet Karl-Marx-Allee also boasts a few gems from architect Josef Kaiser, including Cafe Moskau. Representing the friendship between Moscow and Berlin, this event space is topped by a sputnik (gifted by the USSR). Its facade also features a mosaic commemorating the workers of the Soviet Union. 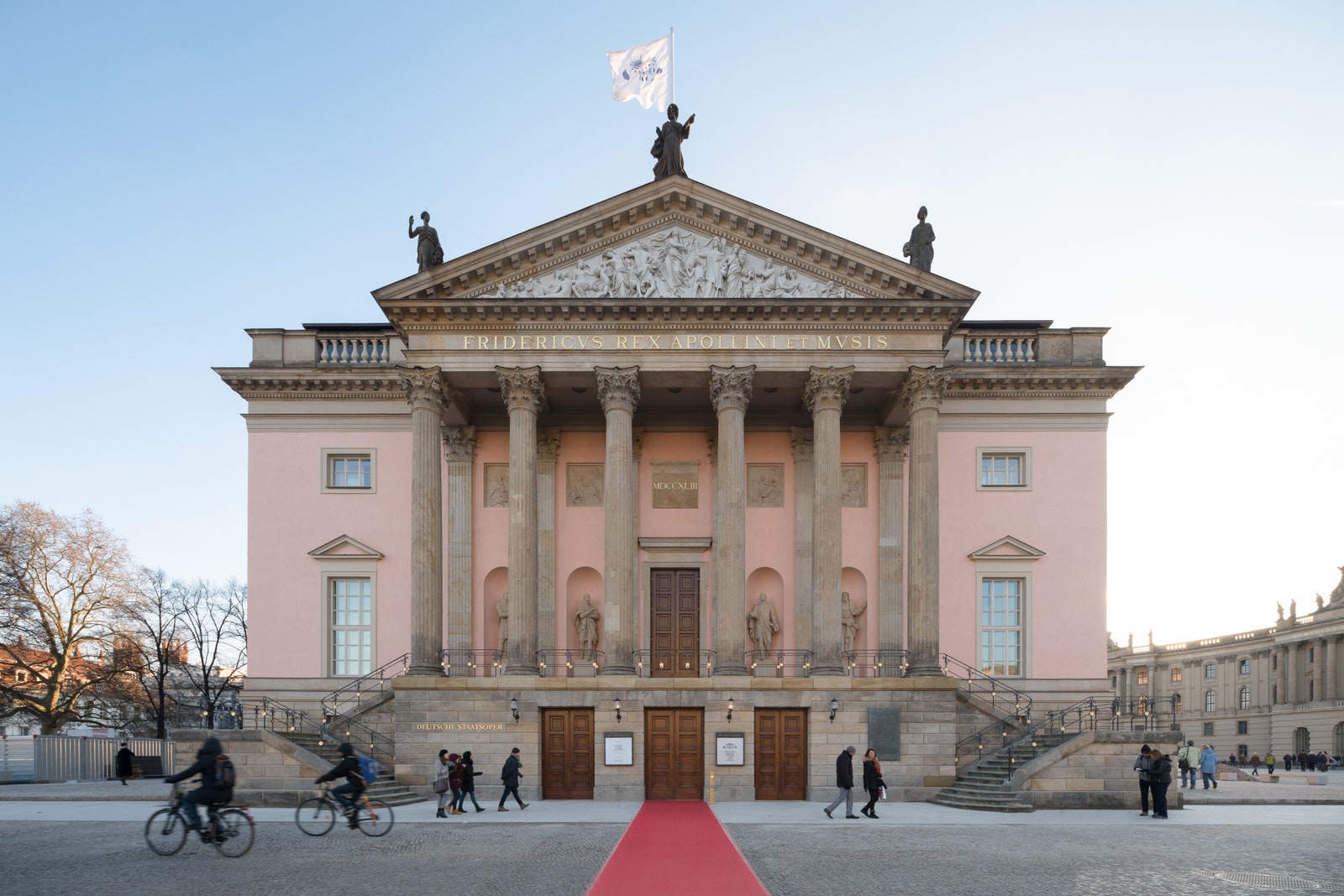 The arts were a source of pride for both East Germans and Russians, as well as a political tool. East Berlin’s cultural reconstruction culminated in the 1955 reopening of the city’s State Opera on Unter den Linden boulevard. A faithful restoration of the 18th-century design featured one change: The decidedly un-socialist original inscription, dedicated to King Frederick II, Apollo, and the Muses, was omitted. This prompted the Staatsoper’s music director, Erich Kleiber, to resign in protest of the “sad but sure sign that politics and propaganda will not stop at the gates of this temple.” Since the end of the GDR, the inscription has since been restored. 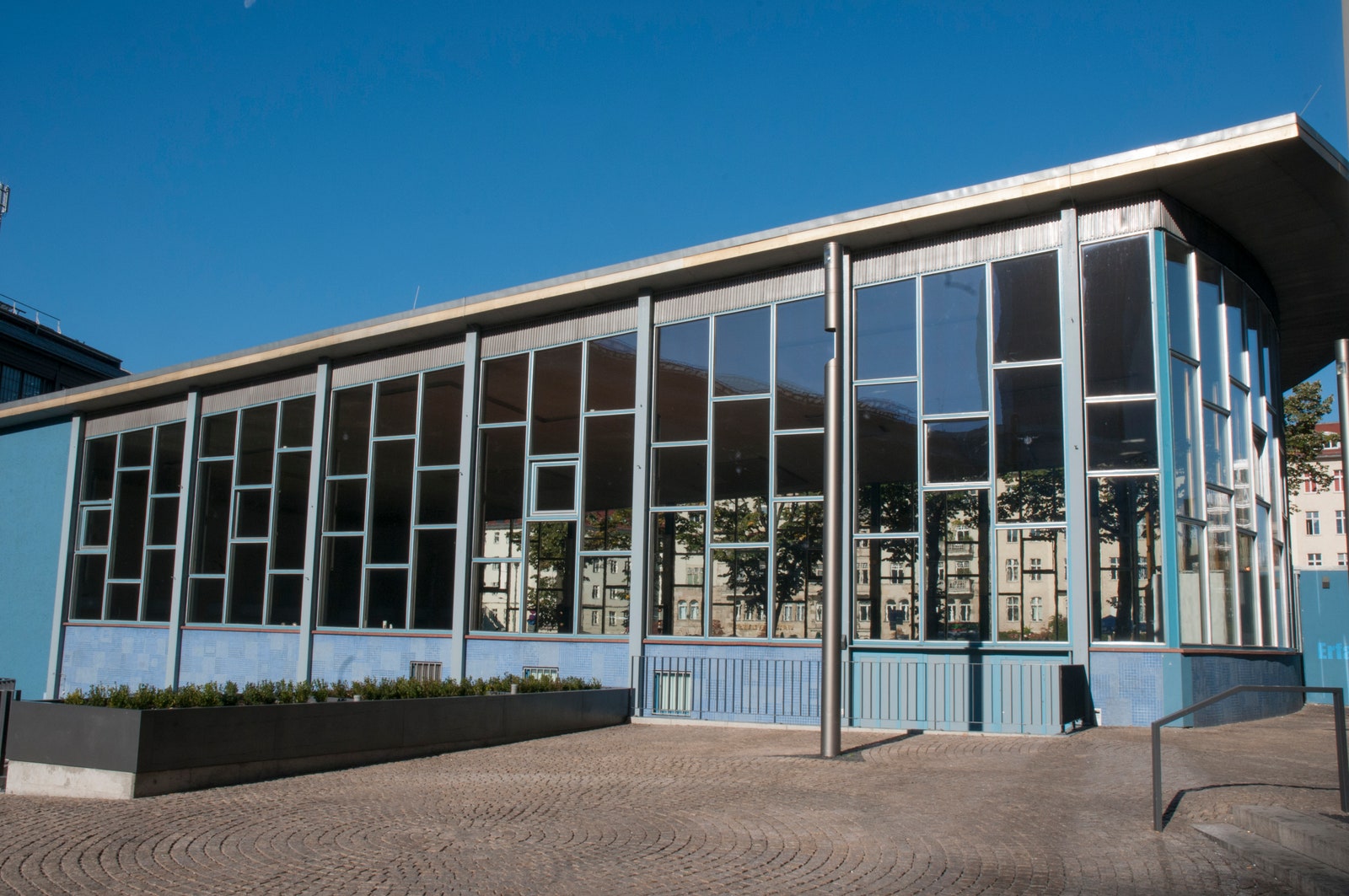 Prior to the Wall, Berliners traveled relatively freely across the city’s border checkpoints. When the Wall made a surprise appearance in August of 1961, East Germans were suddenly prevented from traveling to the West. This made the Friedrichstrasse metro station, whose trains passed through both sectors, a complicated crossing point, and the so-called Palace of Tear’s departure hall became the scene for countless emotional goodbyes between visiting Wessis and their Ossi loved ones. While Friedrichstrasse is still an active station (with the trains once again running both ways), the steel-and-glass departure hall has been converted into a museum documenting the GDR’s busiest border crossing. 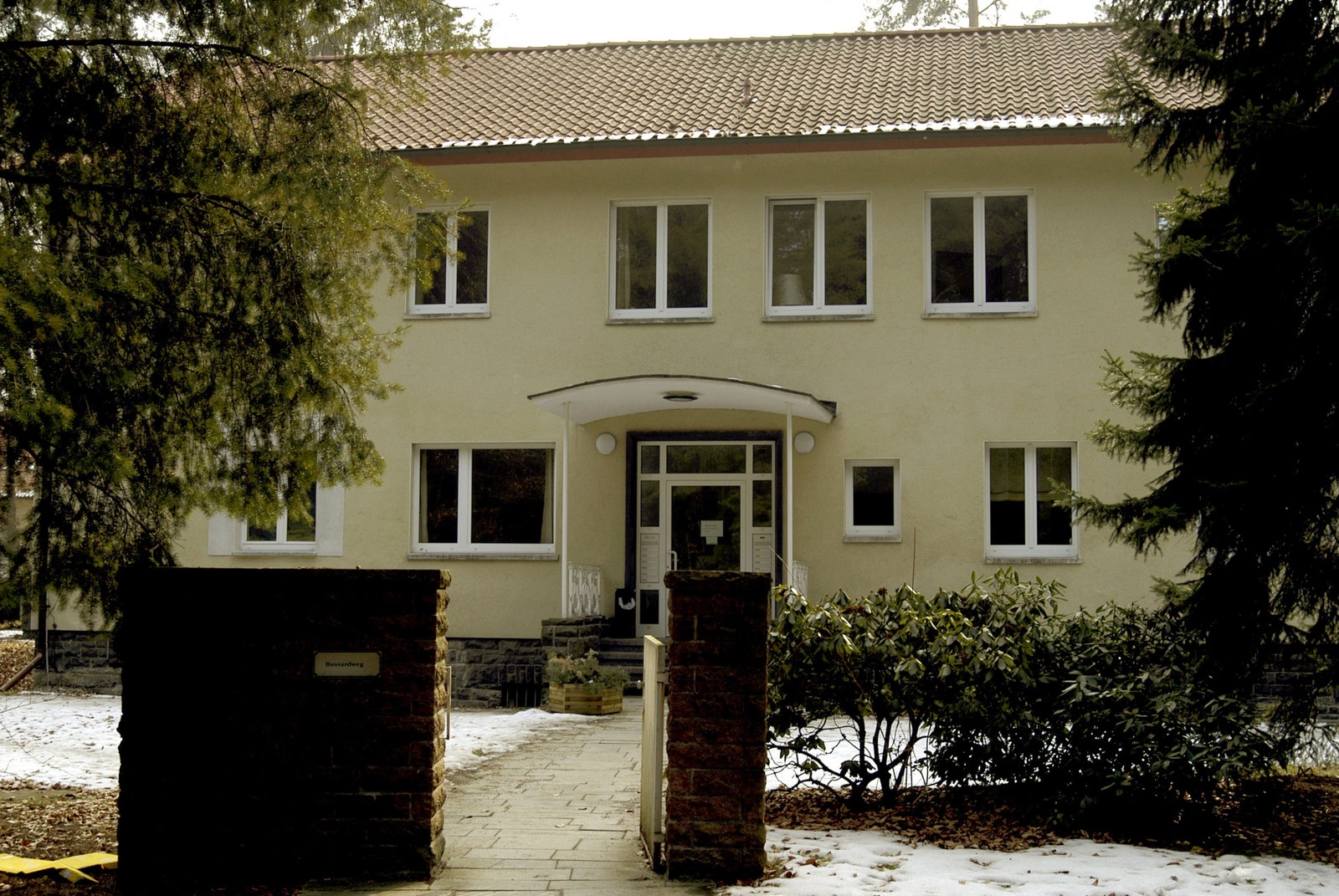 Although the GDR preached equality, some members of its government were more equal than others. This shows in the gated community of Waldsiedlung (literally the “Forest Settlement”), a secure housing complex near the village of Wandlitz where the elite members of the Socialist Unity Party took up residence, 20 minutes north of Berlin. Seen today, the houses seem simple compared to the mansions many politicians live in, but they were the height of luxury in the GDR—and foreshadowed the inequity that compromised socialist ideals. 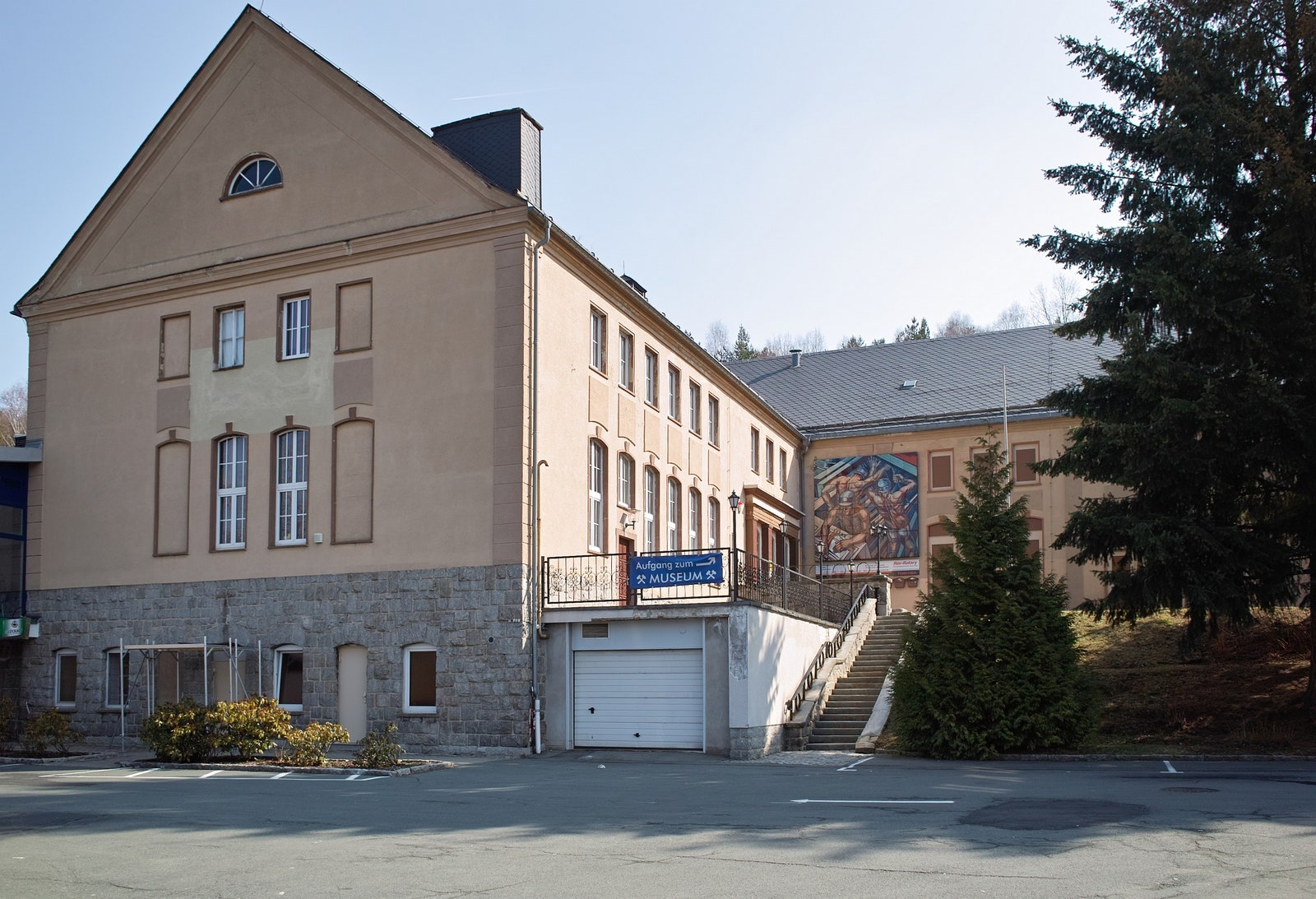 While party bigwigs lived in a forest retreat, many of the “true” heroes of the socialist state—the workers—lived and worked in mining towns. This included even public figures like Brigitte Reimann. By the end of the GDR, more than 30 mining sites had supplied over 200,000 metric tons of uranium to the USSR’s nuclear efforts (an ecological tax that Germany is still paying off). Earlier this year, UNESCO designated the Erzgebirge Mining Region a World Heritage Site, which includes the erstwhile spa town of Bad Schlema. The city’s former workers’ assembly hall is now a museum. 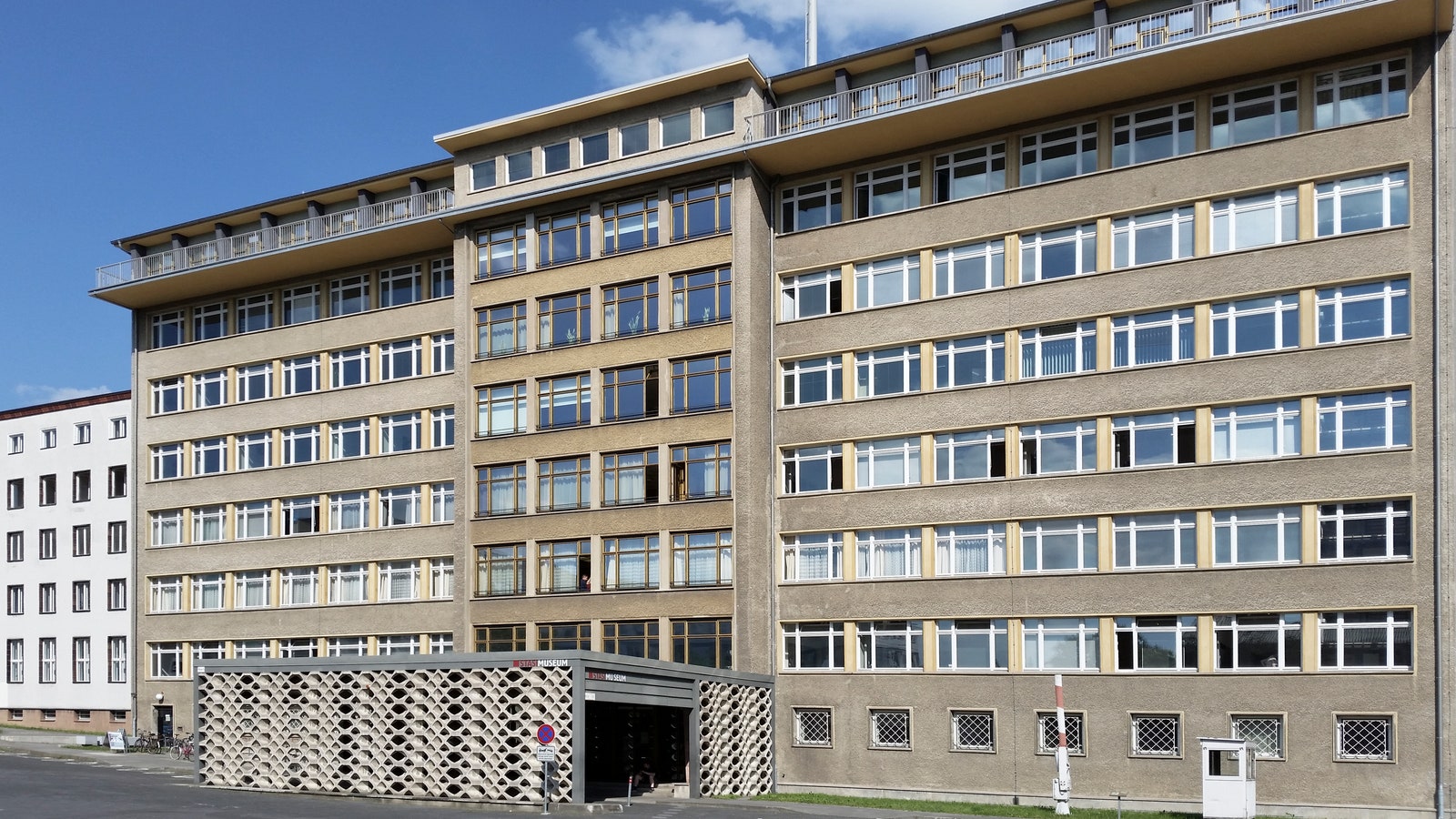 The administrative center of the Ministry for State Security (more commonly known as the Stasi) is a fitting example of Stalinist architecture combined with East German modernism. Within these walls, the nation’s secret police carried out one of the most comprehensive statewide surveillance operations in history. Some estimates suggest that there was one Stasi informant for every 6.5 citizens. Less than a year after the Wall fell, the building was reborn as a museum, memorial, and research center. 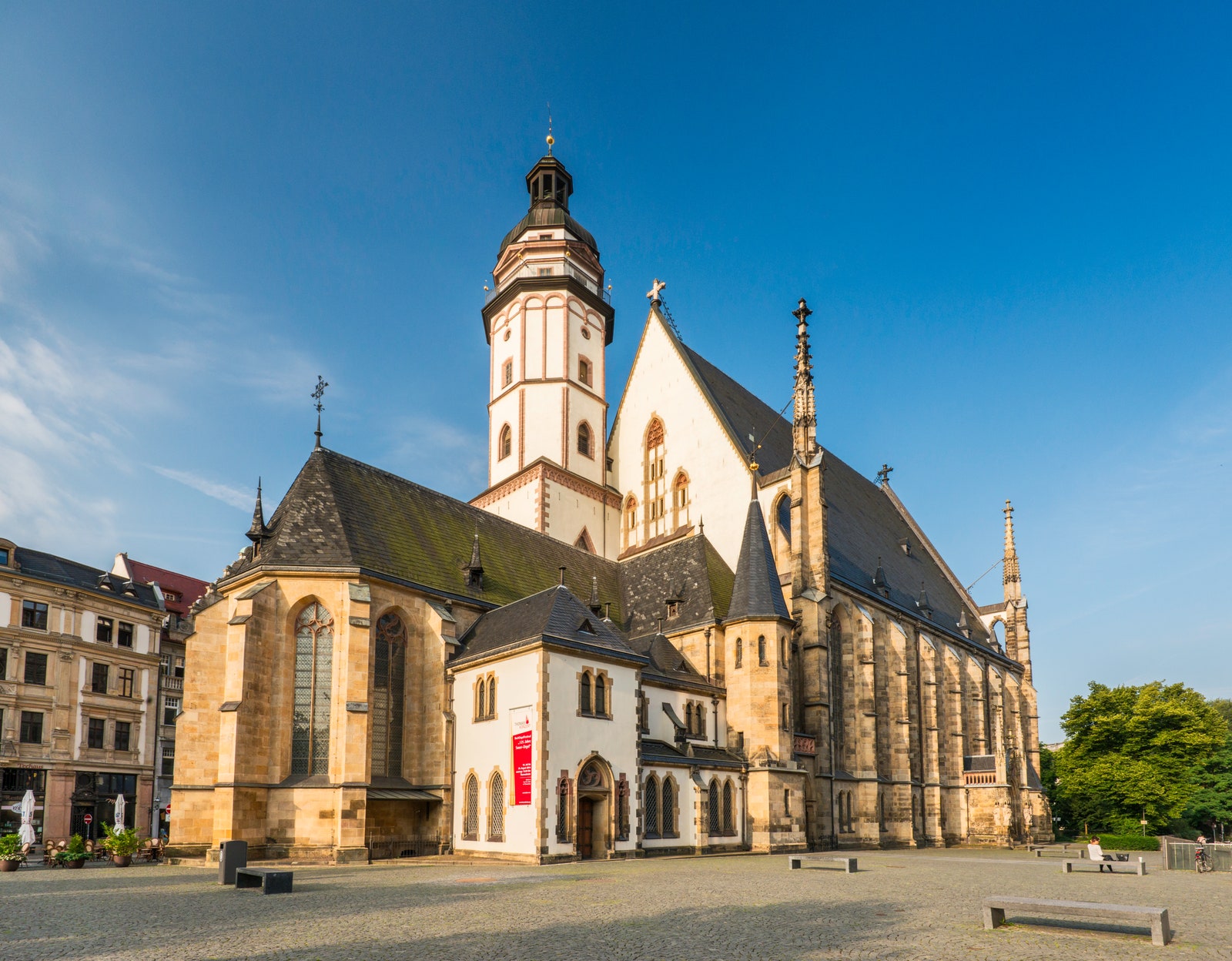 East Germany’s cultural legacy included claims on Bach and Martin Luther, both of whom spent much of their careers in Leipzig’s St. Thomas Church (which was restored to its late-Gothic style after World War II). While GDR churches weren’t immune to Stasi influence, they were also regarded as one of the few safe spaces for expressing opinions and discontent. This came to a head in September 1989, when the Thomaskirche’s Monday prayer meetings morphed into peaceful citizen protests. On October 9, the protest included more than 70,000 people. The following Monday, 120,000 showed up, and the week after that, 320,000—over 60% of the city’s population. Two weeks later, the Wall came down.