These photographs perfectly capture a baby bear’s pure, unadulterated joy as he gets to play with its mother in an animal park in Sweden.

The cub appears to shriek with laughter in its mother’s embrace, as she playfully bites her young ones neck before rolling around with him in the grass and tickling him with her huge paws.

German photographer Sven-Erik Arndt was lucky enough to witness this cuteness overload in a captive area in northern Sweden.

Mr Arndt , 39, said: ‘It’s wonderful to see a big predator like a brown bear in such a cute situation and how a huge animal can take care of its cubs.

‘I travelled to Sweden especially for the bears. I spent three days trying to get pictures of the playing mother and the cub.’ 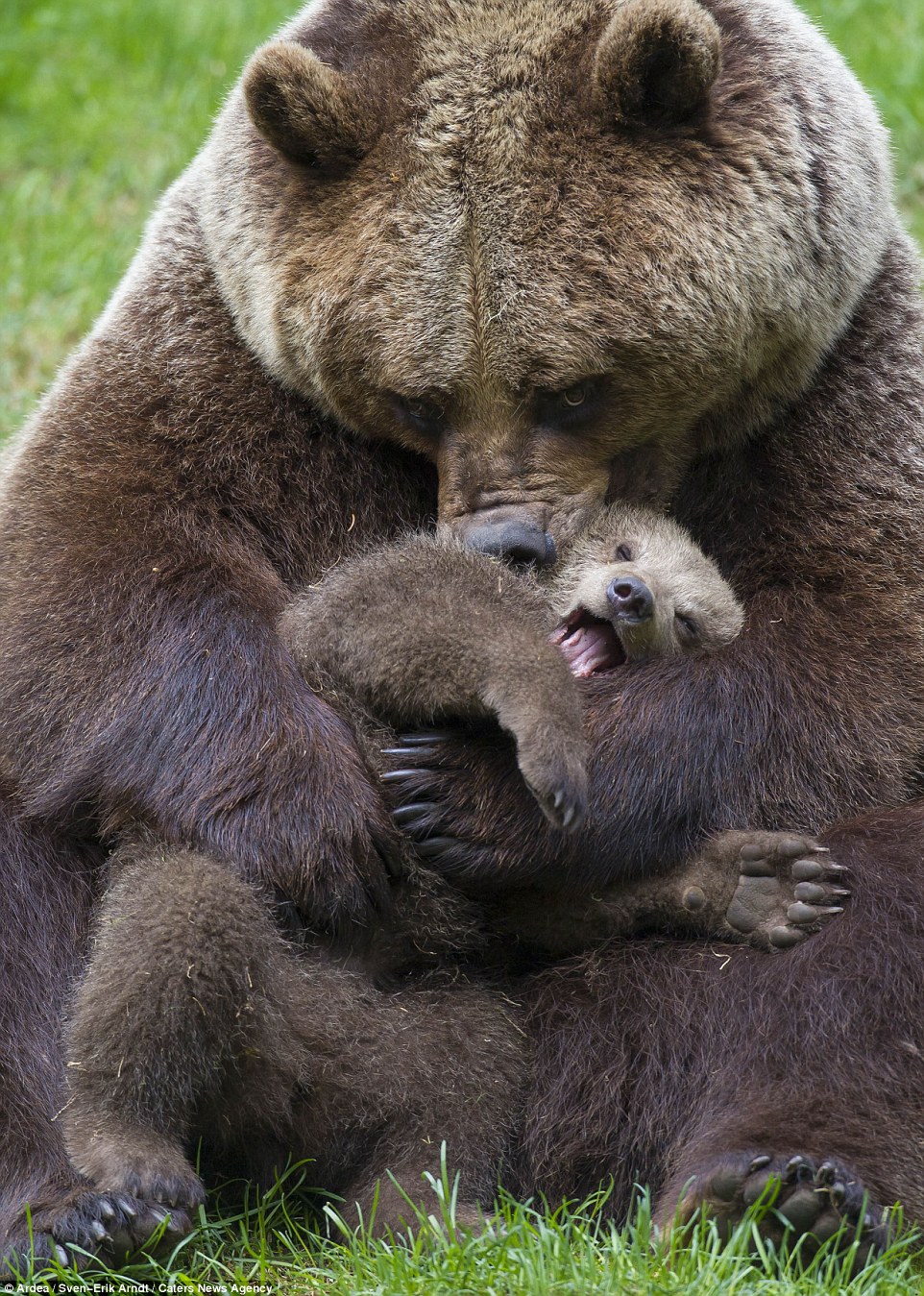 Mama’s boy: The young baby bear appears to squeal with delight as its mother gives it a hug and a cheeky nibble 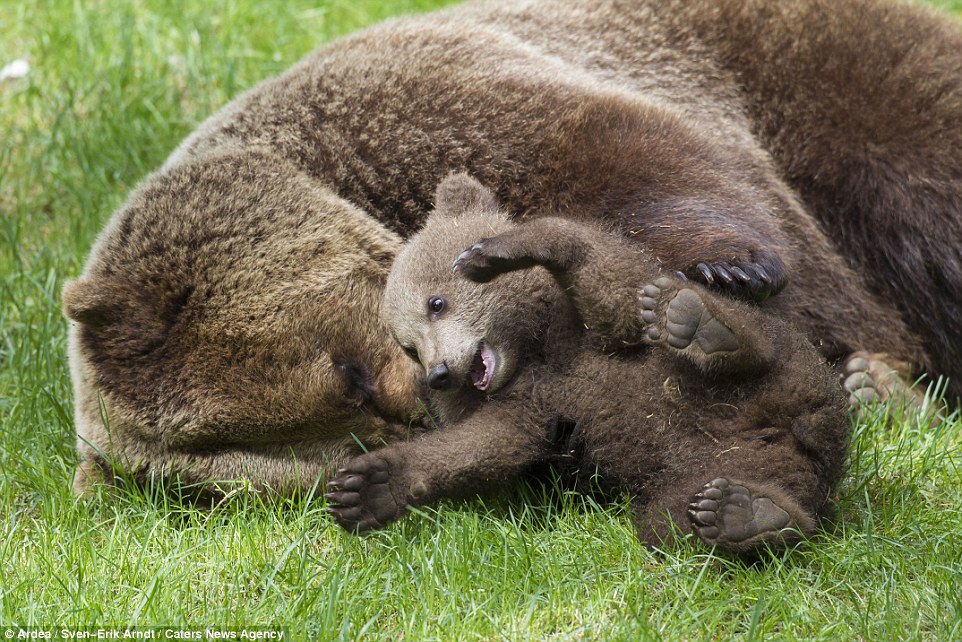 Loving tussle: The mother and baby could be seen rolling around on the grass in an animal park in Sweden 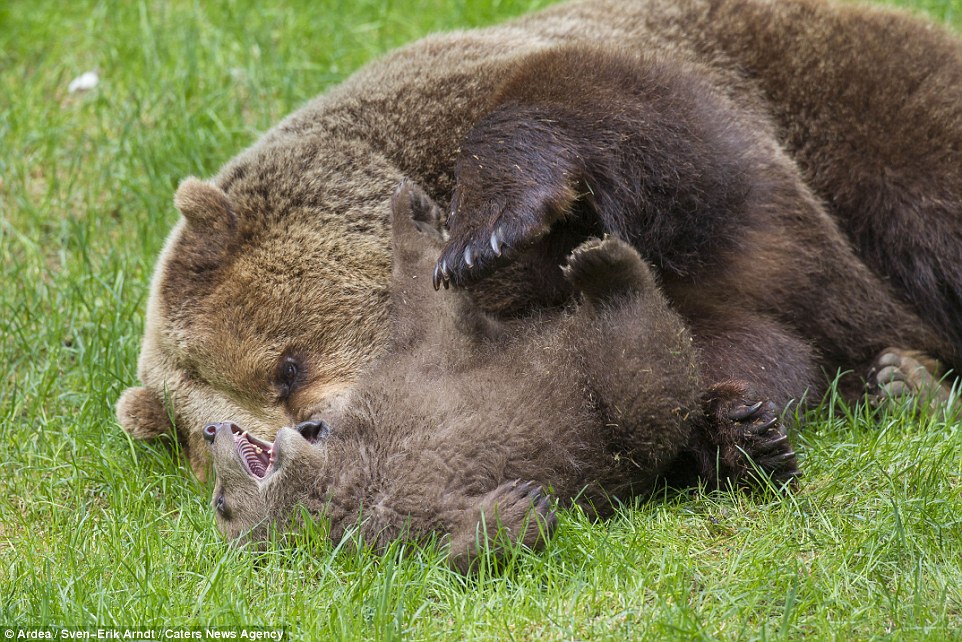 Pure joy: The pair have a tussle on the ground as the mother appears to tickle her clearly overjoyed young cub 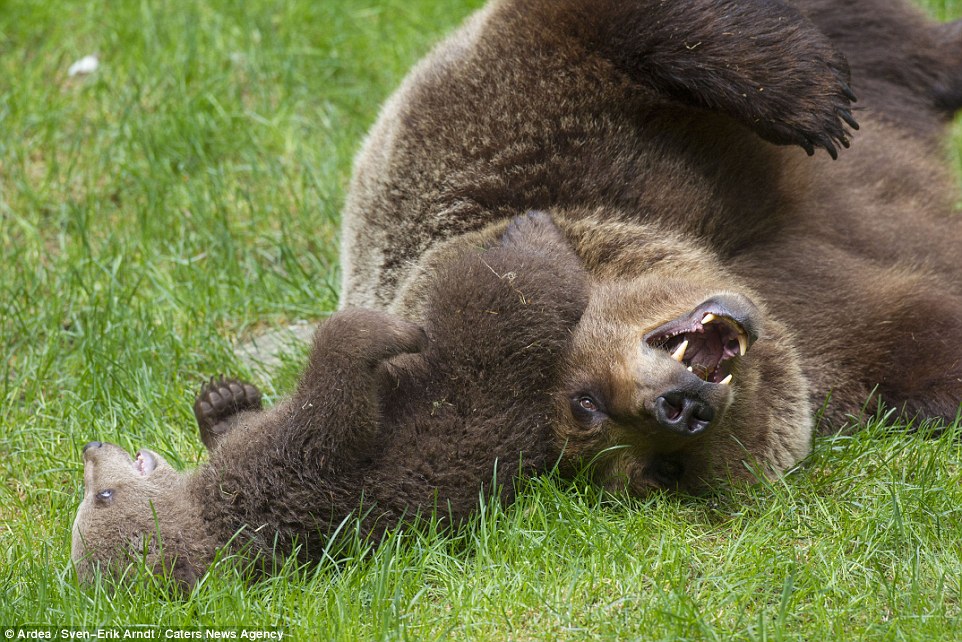 You and me: The mother bear seems just as delighted as her baby in these adorable photographs 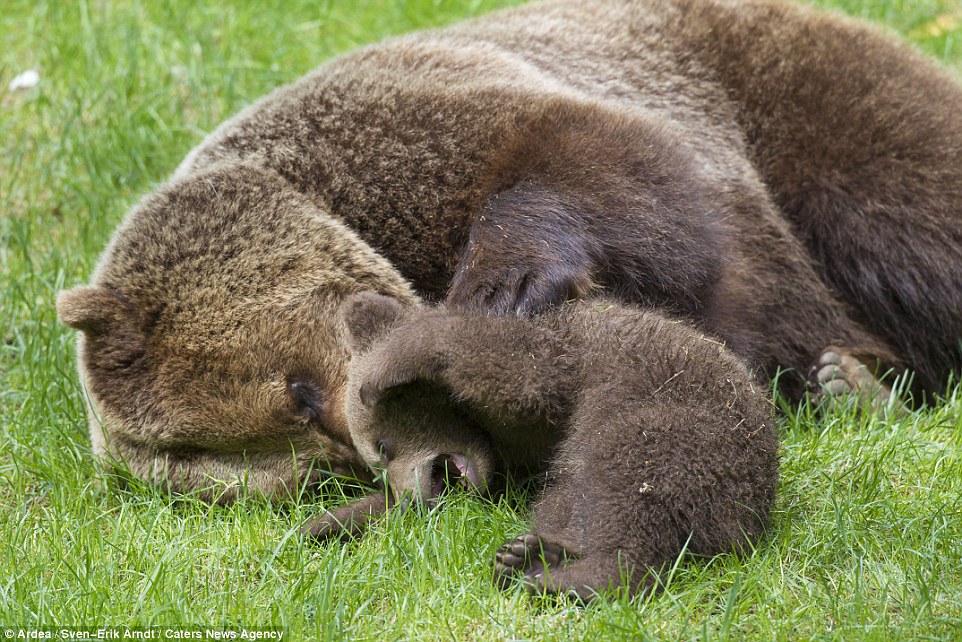 Lucky shot: The heartwarming moment was captured by German photographer Sven-Erik Arndt, who had travelled to Sweden particularly to see the mother and baby bear