The late Israel Kamakawiwoʻole was a native Hawaiian musician best known for his rendition of the beloved classic “Somewhere Over the Rainbow” (performed in a medley with “What a Wonderful World”). The song has since been featured in a multitude of television shows and commercials, films, radio programs, and magazine articles. The younger generation may not even know it’s actually a cover!

Yet there’s more to Israel “Iz” Kaʻanoʻi Kamakawiwoʻole than the iconic song, which he performed using a Martin T1 tenor ukulele. Let us share with you his story.

Israel Kamakawiwoʻole was born on May 20, 1959. He learned to play the ukulele at age 6, and at age 11 he began performing in public with his older brother and their cousin on Waikiki tourist catamarans.

Musician Del Beazley, who grew up with Kamakawiwoʻole, recalls how his friend simply awed everyone at a graduation party when they were teens. He says that as soon as Kamakawiwoʻole opened his mouth and sang, the whole place went quiet, and everybody stopped in their tracks.

Soon after that, Kamakawiwoʻole formed a group called the Makaha Sons of Niʻihau with Skippy and three other local folks. The band achieved success with their blend of contemporary and traditional Hawaiian music. The group’s top-selling album is Hoʻoluana, released in 1991. 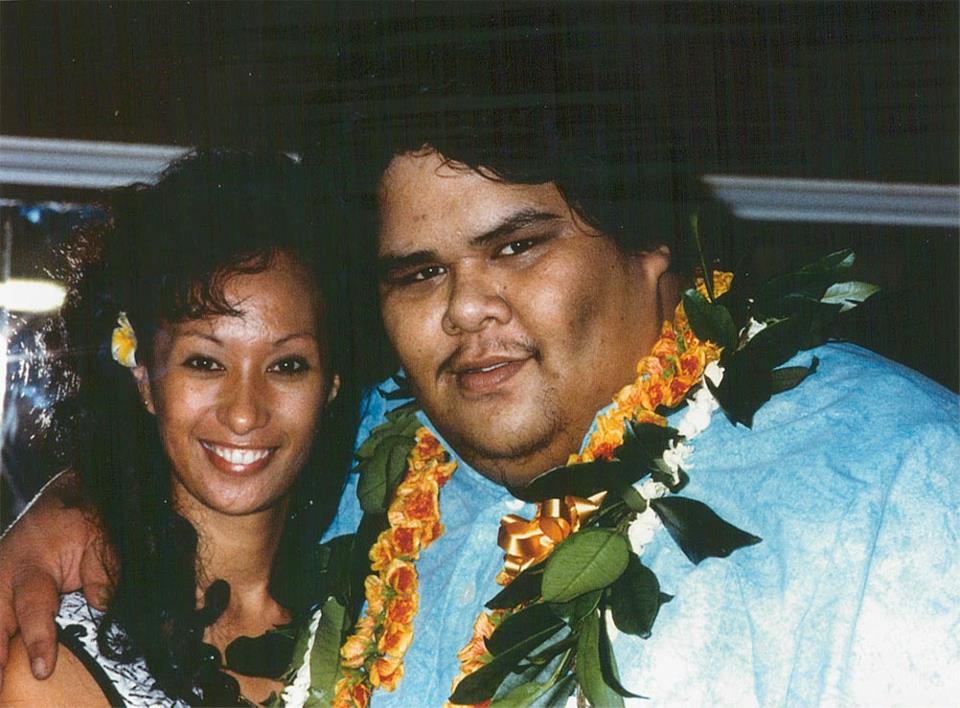 In 1982, the year his older brother died obesity-related heart attack, Kamakawiwoʻole married Marlene, the love of his life from childhood. The following year, their daughter Ceslieanne, nicknamed “Wehi” was born.

Fun fact: The two main characters–both volcanoes–in the 2014 Pixar short film “Lava” are based on Kamakawiwoʻole and Marlene. If you listen closely, you’ll notice that the style of the music used in the film is reminiscent of Kamakawiwoʻole’s cover of “Somewhere Over the Rainbow.”

Kamakawiwoʻole started to build his solo career in 1990 with his first solo album titled Ka ʻAnoʻi. Three years later, he released Facing Future, which featured the medley “Somewhere Over the Rainbow/What a Wonderful World.” The cover is actually a last-minute addition to the album, suggested by Milan Bertoia, for whom Kamakawiwoʻole performed the song in the wee hours of the morning one day in 1988. Bertoia played his recording for producer Jon de Mello, and the rest was history.

The album debuted at No. 25 on the Billboard Top Pop Catalogue chart and has become the best-selling Hawaiian album in the world.

Kamakawiwoʻole received awards for his work, including Favorite Entertainer of the Year, Island Contemporary Album of the Year, Male Vocalist of the Year, and Album of the Year from the Hawaiʻi Academy of Recording Arts. Sadly, he watched the 1997 awards ceremony from his hospital room. By then he was in and out of the hospital because of medical conditions related to obesity.

Obesity was in Kamakawiwoʻole’s family, and most of his immediate family members died from complications through obesity.

At one point in his life, Kamakawiwoʻole, who stood 6 feet and 2 inches tall, weighed 757 pounds with a body mass index of 97.2. He had respiratory, heart, and other medical condition

On June 26, 1997, at the age of 38, Kamakawiwoʻole died of respiratory failure. It’s been said that when he died, he cradled his little ukulele one last time.

On July 10, the day of his funeral, the state flag of Hawaii flew at half-staff. He was cremated, along with his Martin ukulele, a few days later. On July 12, thousands of Hawaiians gathered and honked their horns to pay him tribute as his ashes were scattered into the Pacific Ocean.

We honor the great Israel Kamakawiwoʻole today by listening to his songs and playing our ukuleles in the happy and carefree way that Kamakawiwoʻole played.

Visit Waipio Beach In Hawaii, A Hidden Gem Beach That Has Its Very Own