This is the adorable moment two elephants help each other climb out of a muddy ditch in Thailand.

The pair of wild elephants found themselves stuck in a dried-out pond in the Thai province of Rayong.

Unable to find their way out, the elephants teamed up to find the best way out of their sticky situation.

One of the elephants perches his front legs on the edge of the slippery slope and onto the grass above before his female friend gives him a gentle push in the backside to try and help him out of the ditch.

But the big elephant slides back down to where he began, their efforts futile.

The two elephants were spotted in a deserted garden on February 27 by onlooker Tanat Pitiporntapin, who filmed the pair scramble out the ditch.

The larger male elephant struggles to find the best technique to help him and his friend out of the ditch.

He tries clambering over the slippery ridge again, shifting and adjusting his heavy body before his legs buckle and he slips back down.

After finding footing, the male elephant has a big push and stretches over the ditch’s ridge, and places his front legs on the solid ground above. 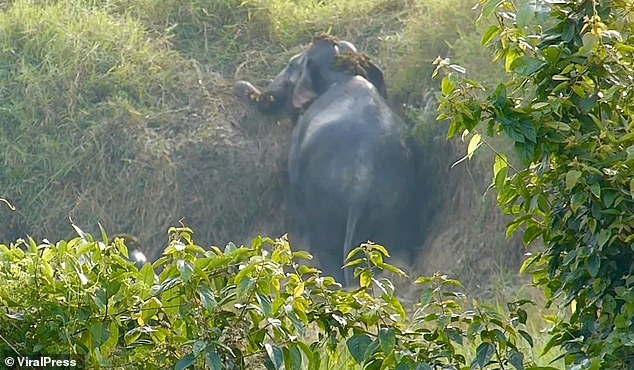 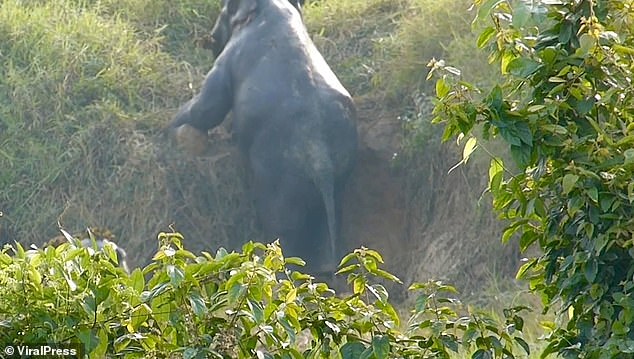 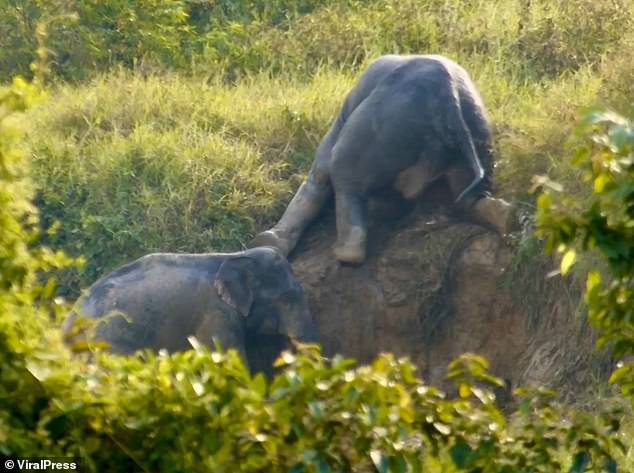 The elephant precariously places himself atop the slippery ridge, though is not able to fully get out without a little help from his friend. The pair spent over an hour attempting to get out

His friend below nudges closer and places herself supportively below the male elephant, allowing him to precariously climb over the ditch in a desperate attempt to get out.

The pair took almost an hour to find a way out of the slippery ditch.

The female elephant below gives her friend a nudge in the bum as he pushes himself off his hind legs and up over the ditch, finally managing to fully climb out. 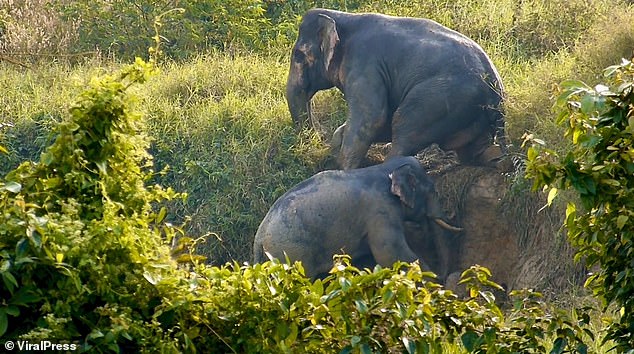 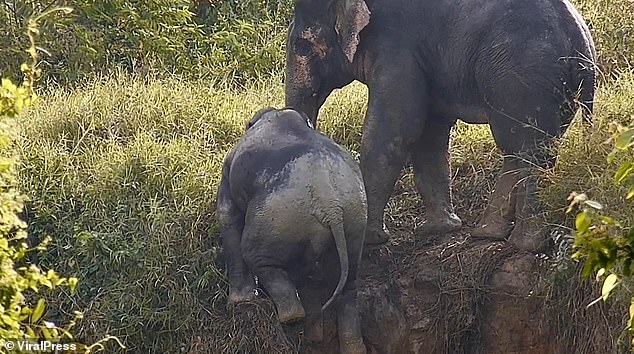 The female elephant then followed suit, clambering up the path left by her friend and perching herself at the top of the ditch before the male elephant gave her a helpful tug to pull her over 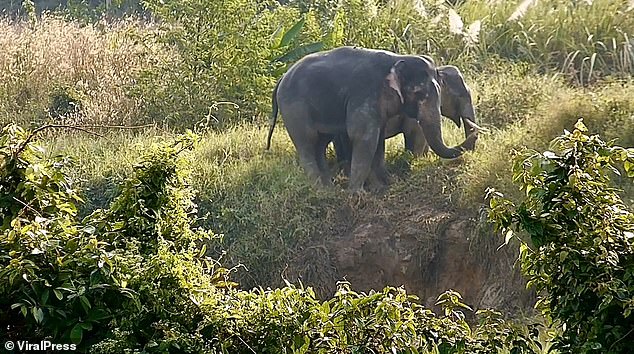 Success! After their collective efforts and problem solving, the two wild elephants overcame their obstacle and were able to roam free once again

The smaller female elephant copies his technique and climbs over the exit route created by her bumbling friend.

Perched on the ridge of the ditch, the male elephant atop helps her up and out with some crafty trunk work and both manage to get themselves out and back to safety.

Pitiporntapin said: ‘These two elephants used to play around in this garden, I watched them help each other for almost an hour. It was amazing how the two elephants were communicating, it looked almost like they were telling each other the best way to climb out.