Forget kartoffel and bratwurst (well, don’t, they’re delicious…) when it comes to German cuisine there’s plenty to delight in beyond potatoes and sausages and vinegary cabbage. The country has made a fine art out of comfort foods, filling, warm and nutritious. On top of that, German food can also be elegant. Here is a rundown of the best foodstuffs Germany has to offer; from the best street food to fine dining and the rest. 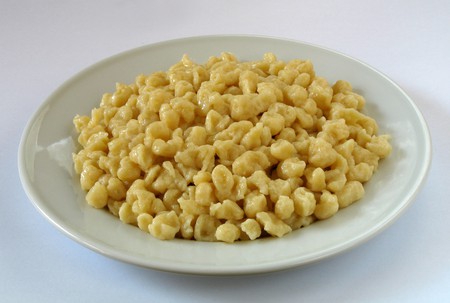 Spätzle are handmade noodles that are fried up and served with a number of traditional dishes, including Käsespätzle, Spätzle mixed with grated cheese (typically Emmenthal) and fried onion and sweet dishes like Apfelspätzle, Spätzle with grated apples in the dough, dressed with clarified, browned butter, sugar, and cinnamon. In the Allgäu, this is served as a one-dish supper in autumn. 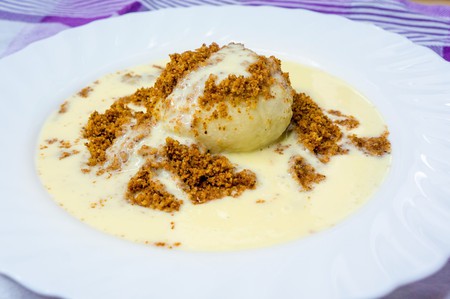 A delightfully light steamed dumpling that can be served sweet or savory. Dampfnudels are typically served as a main dish with savory accompaniment such as cabbage, salad, gherkins, potato soup, lentil soup, or mushrooms in white sauce. They can also be served as a dessert with vanilla custard, jam, or boiled fruit. 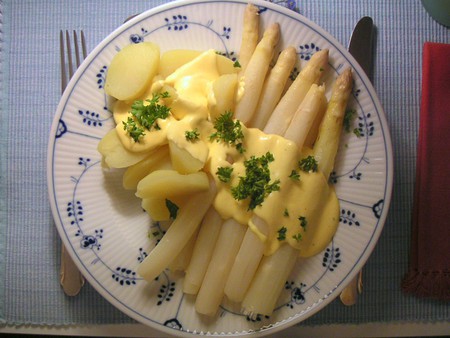 Spargel, the German word for asparagus isn’t exactly a German food, but the way it is served here is distinctly German. Spargelzeit (aparagus time), a six week period in which Germany consumes nothing but spargel (served with Hollandaise sauce and ham), is close to being a religious festival in Germany. 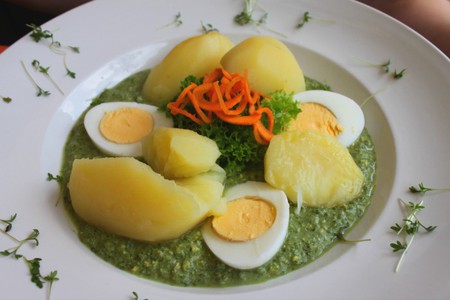 Literally, ‘green sauce’, this condiment is native to the German federal state of Hessen. Enormously popular in the region, this blend of herbs is traditionally consumed with hard boiled eggs. Such is the fascination with green sauce that Frankfurt am Main hosts an annual festival in its honor. 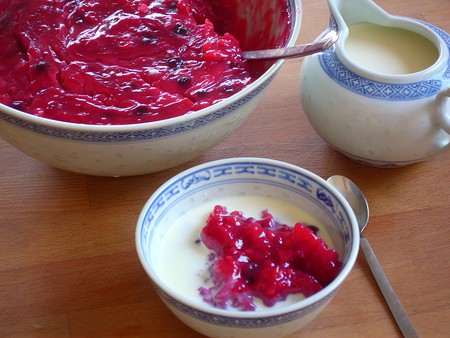 For reasons best known to the people of its native Hamburg, this sweet jam-like substance translates as ‘red groats’. Rote grütze is a blend of potato starch, red summer berries, black cherries and a very generous portion of sugar. This is a typical topping for grieß (a German desert similar to rice pudding) or for dampfen. 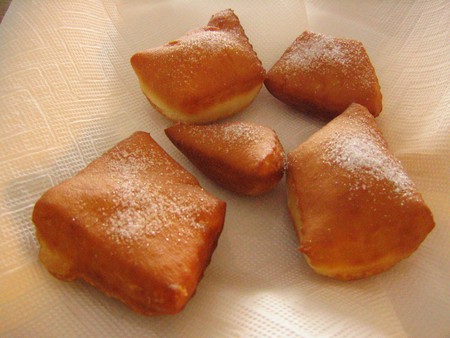 Not to be confused with a traditional doughnut, a Magdeburg Schmalzkuchen is a fried pastry treat. Made up of fried pastry made from yeast dough, topped with confectioner’s sugar and usually consumed for carnival, this is a classic treat from the Saxon-Anhalt region. 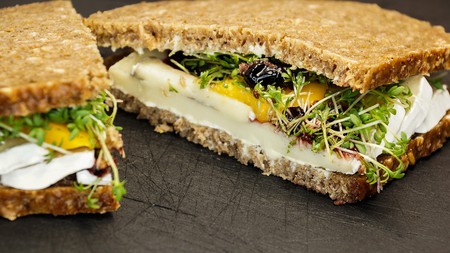 Germans love their bread. In fact, the most common complaint for most Germans living abroad is that they miss the bread of home. Pumpernickel is extremely unusual anywhere else in the world, it is a hearty, heavy bread that turns black when baked as the sugar becomes caramel.

Fairytale In Germany: Enchanting Castles You Can Stay In

5 Waterfalls In Germany To Witness The Charismatic Beauty Of Nature