Whatever the weather, Scotland is a smorgasbord of scenic splendour, colourful histories and culture-rich activities. And with each month comes a brand new set of adventures. From the ebb and flow of the Scottish seasons to the uncanny buzz of local festivities, fulfill all wanderlust fantasies and explore our monthly guide to visiting Scotland.

A month tarred with bleak spirits and broken New Year’s resolutions? No, January isn’t all bad! Admittedly, icy winds, freezing temperatures and long nights dominate, but no chilly spell could ever detract from Scotland’s romantic nature. The snow-capped mountains, crispy terrain and frosted lochs are a dreamy canvas for winter sports. Although Hogmanay celebrations light up the land, cheap flights are relatively easy to find after the Christmas rush. Burns Night festivities are infused with poetry, parties and food, just as Shetland’s Up Helly Aa is a magnificent cultural affair. 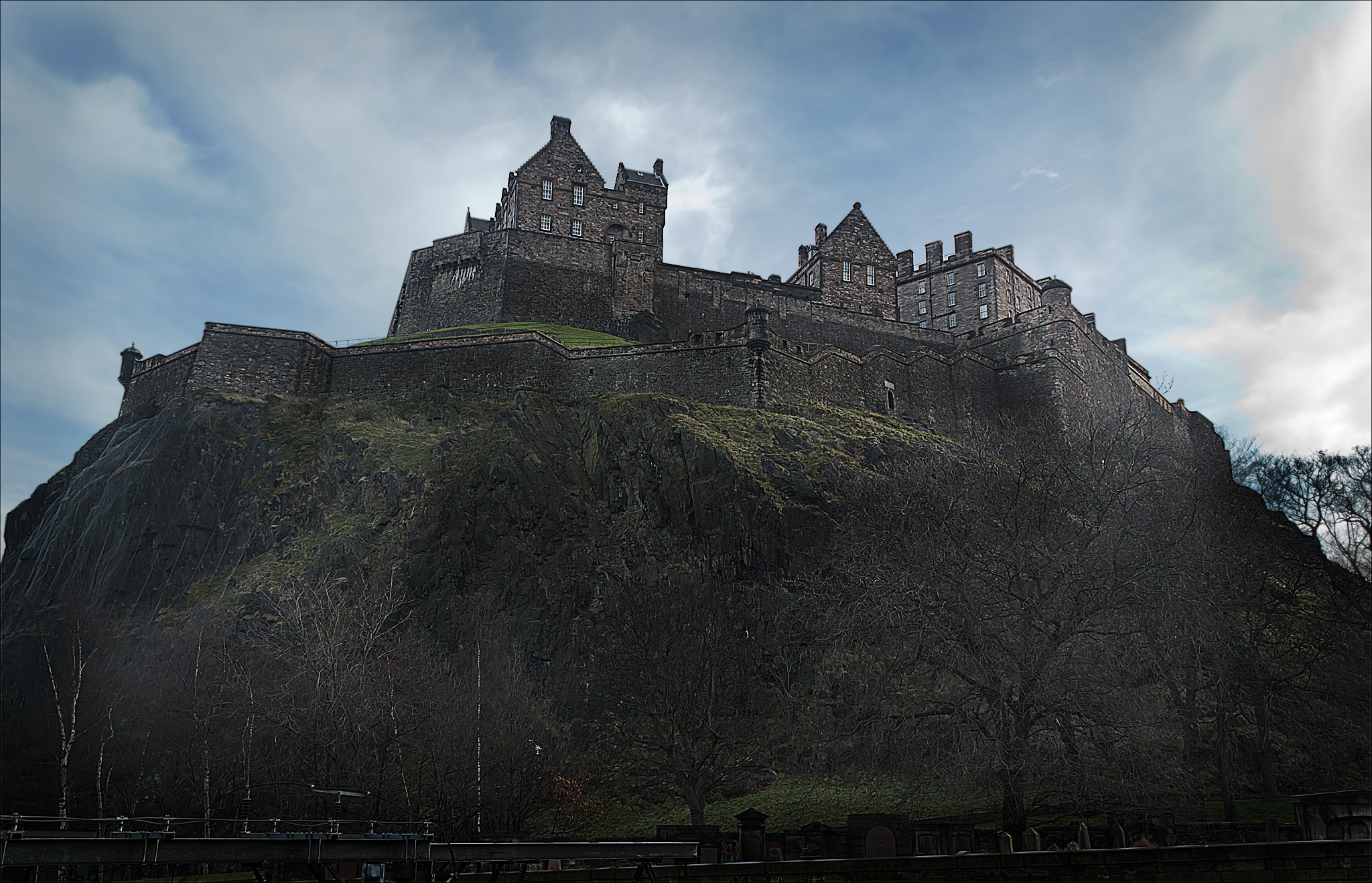 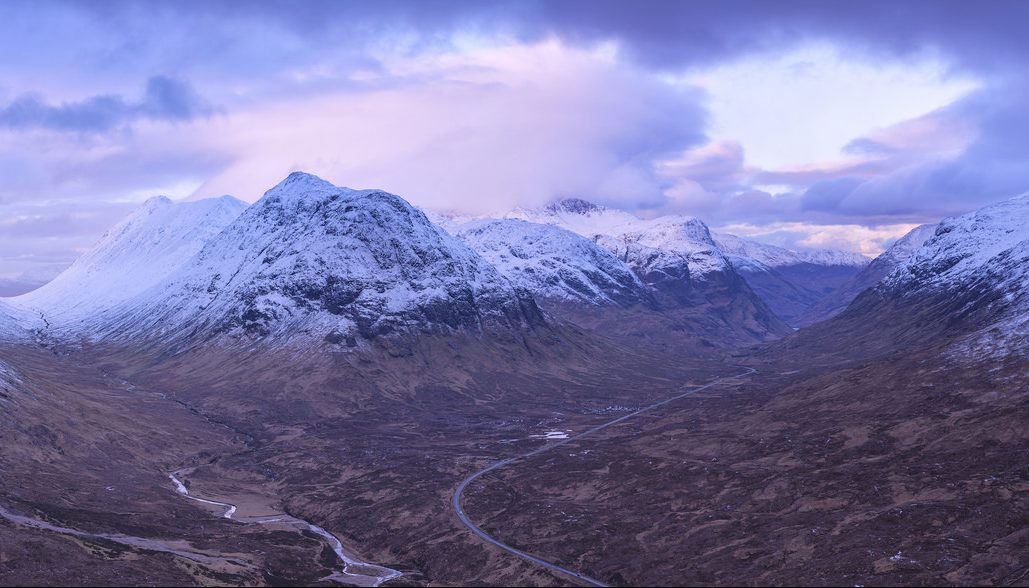 With March comes a spring in Scotland’s step! The persistent winter temperatures start to subside a little (apart from the mountain peaks lining the Highlands and Cairngorms), while pockets of flowers start to make themselves known. Free from crowds of tourists, March offers brighter weather and a wonderful opportunity to investigate cultural hotspots and historic attractions like the many museums of Glasgow. 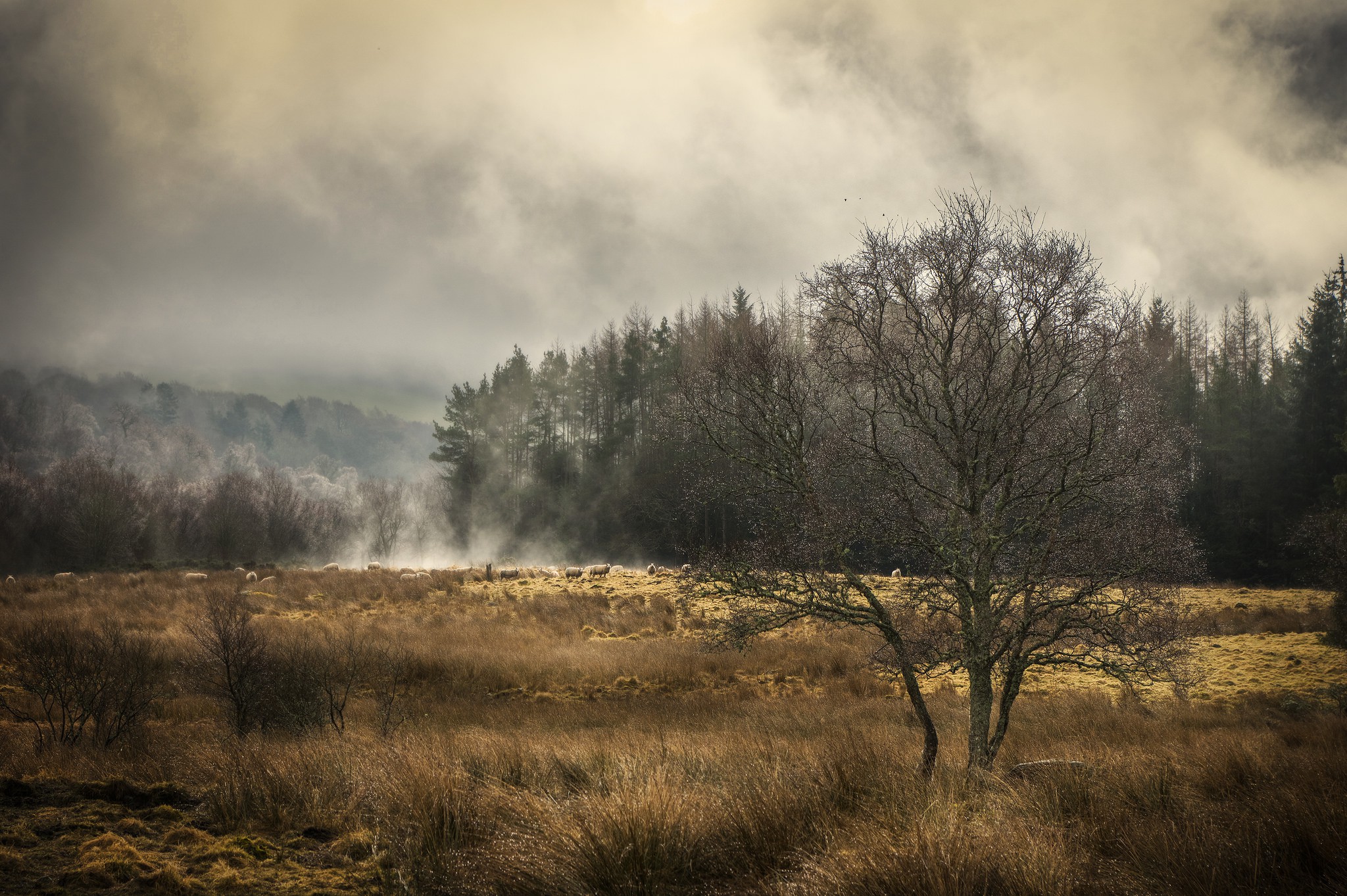 By late April, much of Scotland is awash with friendly snowdrops and budding colonies of daffodils, making adventuring particularly pretty. The warmer weather marks the closure of many ski areas and although spring showers are inevitable, it tends to be Edinburgh’s driest month. Fueled by flames and ancient Pagan traditions, the Beltane Fire Festival is celebrated in Edinburgh and afar. Other notable events include the Scottish Grand National, Spirit of Speyside Whisky Festival, Glasgow’s Aye Write! book festival and the annual Edinburgh International Science Festival. 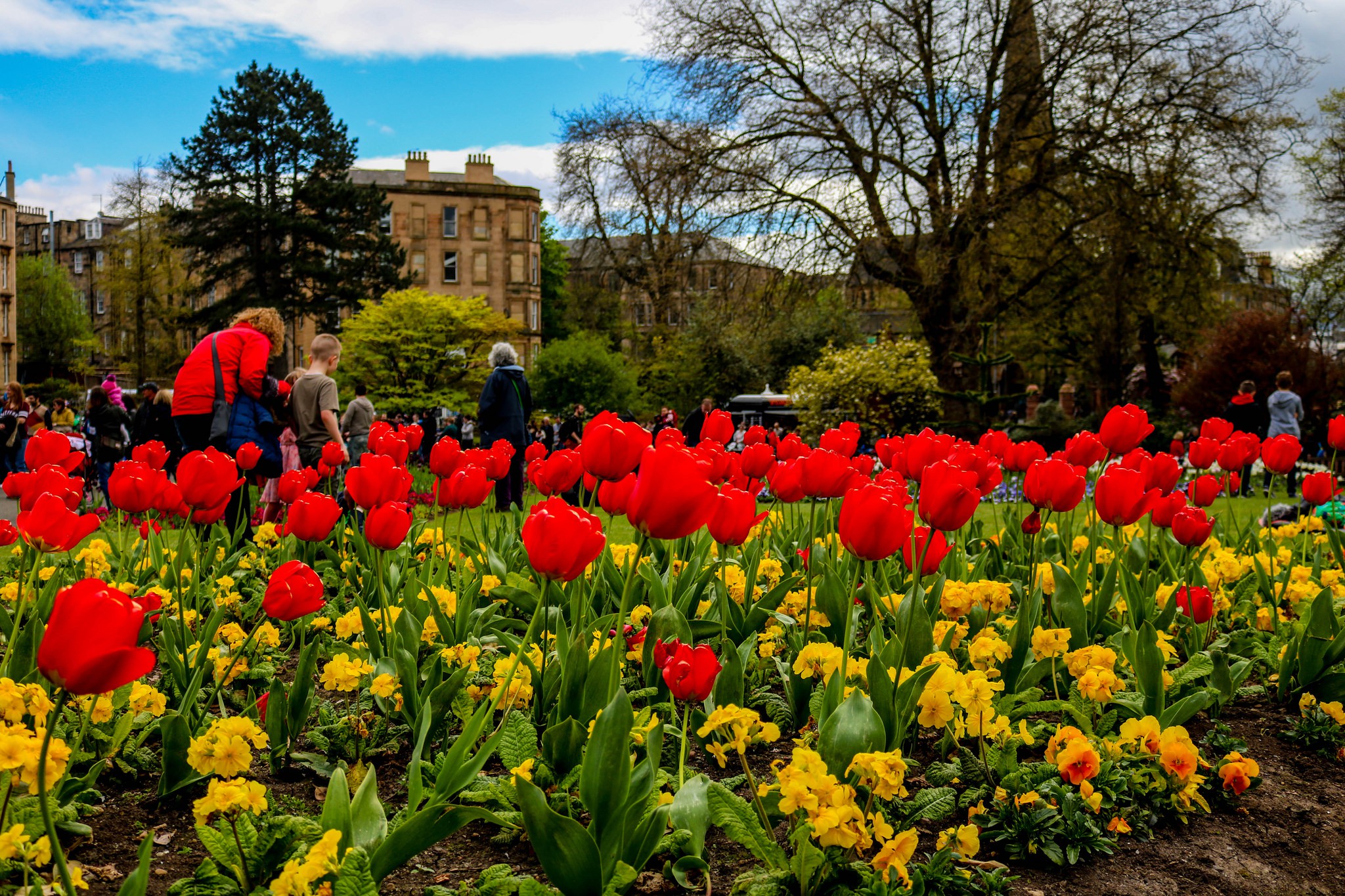 May’s foliage resembles an artist’s palette showcasing every shade of green, as Scotland’s cities start to welcome more people-traffic due to the number of public holidays. May also marks the start of Highland Games season, a must-see spectacle attached with years of heritage, tartan, pipe bands, Highland dancing and numerous Highland sporting events. TradFest in Edinburgh is a celebration of Scotland’s traditional arts. Oh, and don’t forget — World Whisky Day is May 19th! 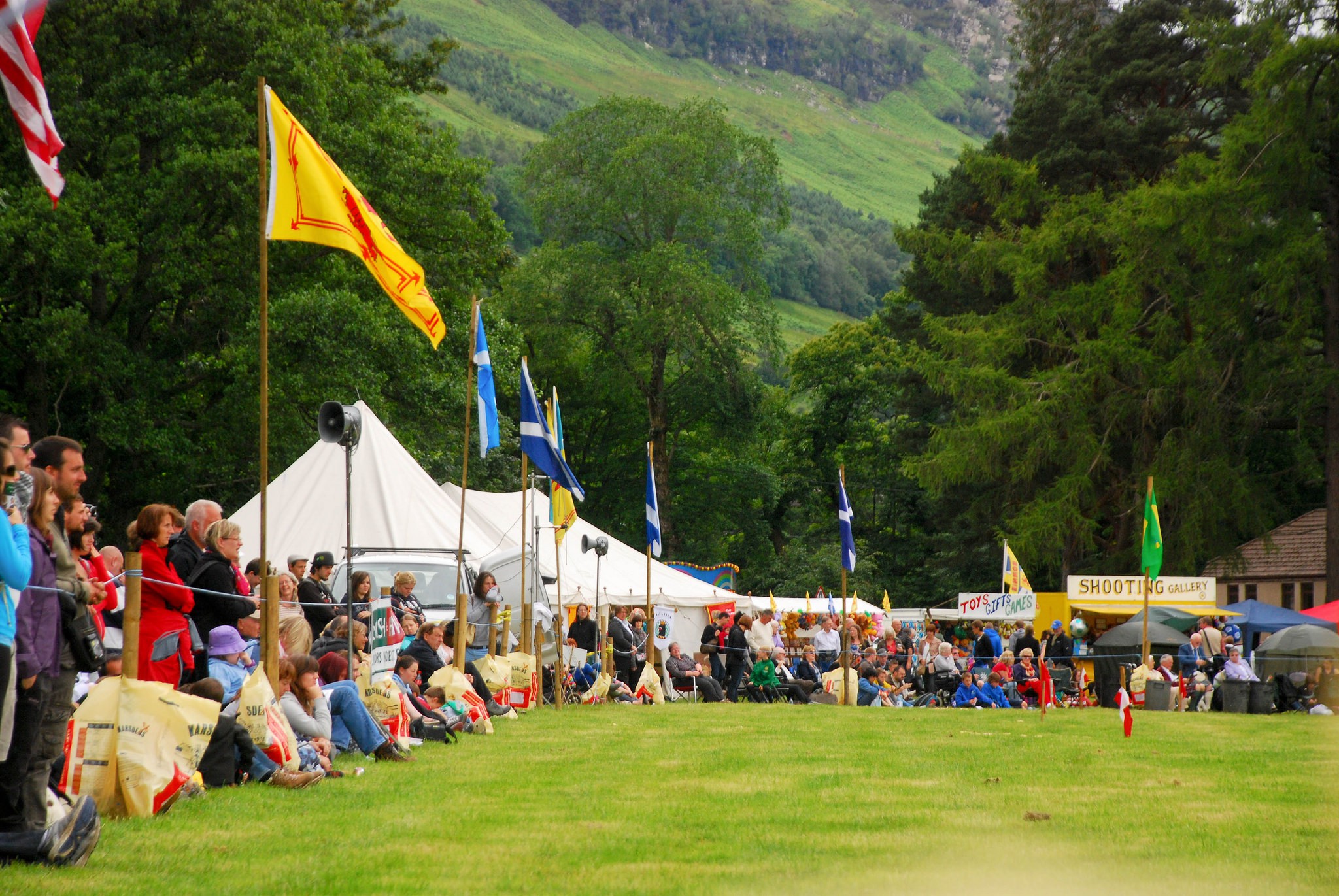 June boasts longer daylight hours — central Scotland is known to welcome approximately 17 and a half around this time. Just as every rose has its thorn, it also kicks off the start of Scotland’s midge season (June – September). These pesky Scottish midges appear in inconvenient clouds, especially in the Highlands, but are totally harmless. Adopt the necessary paraphernalia (Smidge repellent and hats) and all will not be lost! This joyous month is a key time to buy flights before costs sky-rocket. June also marks the Edinburgh International Film Festival – a hotbed of innovation and epiphanies. 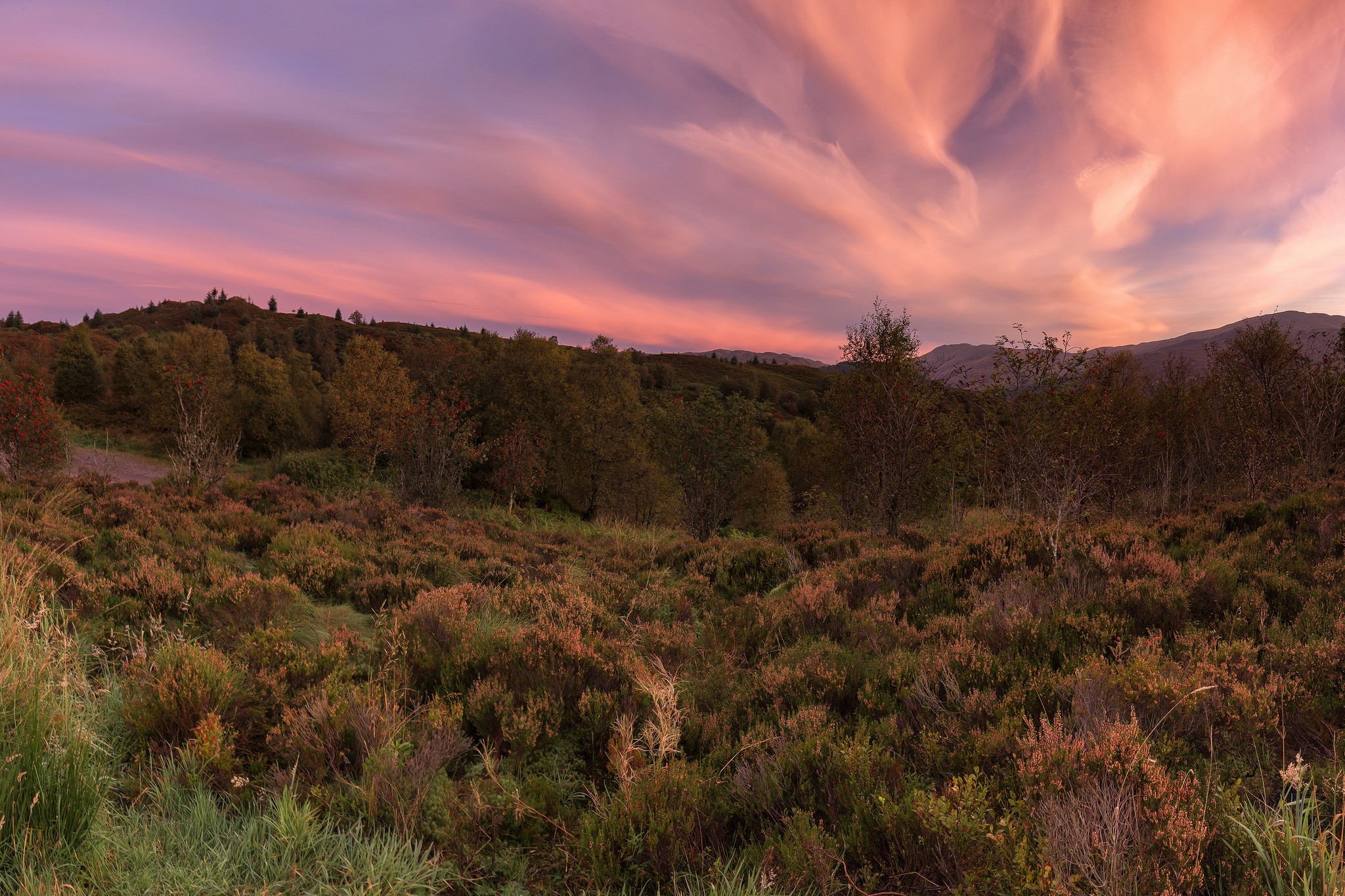 By the time July comes, Scottish schools are in summer holiday mode, the days are significantly longer and the atmosphere brighter than ever. Although temperatures are generally warmer, it helps to embrace the inevitability of multiple seasons in just one day! Between the plethora of Highland Games gatherings, the Edinburgh International Jazz & Blues Festival, the Edinburgh Art Festival and the Scottish Open Championship (a bucket list event for golf fans), expect a whirlwind of fun things to do. 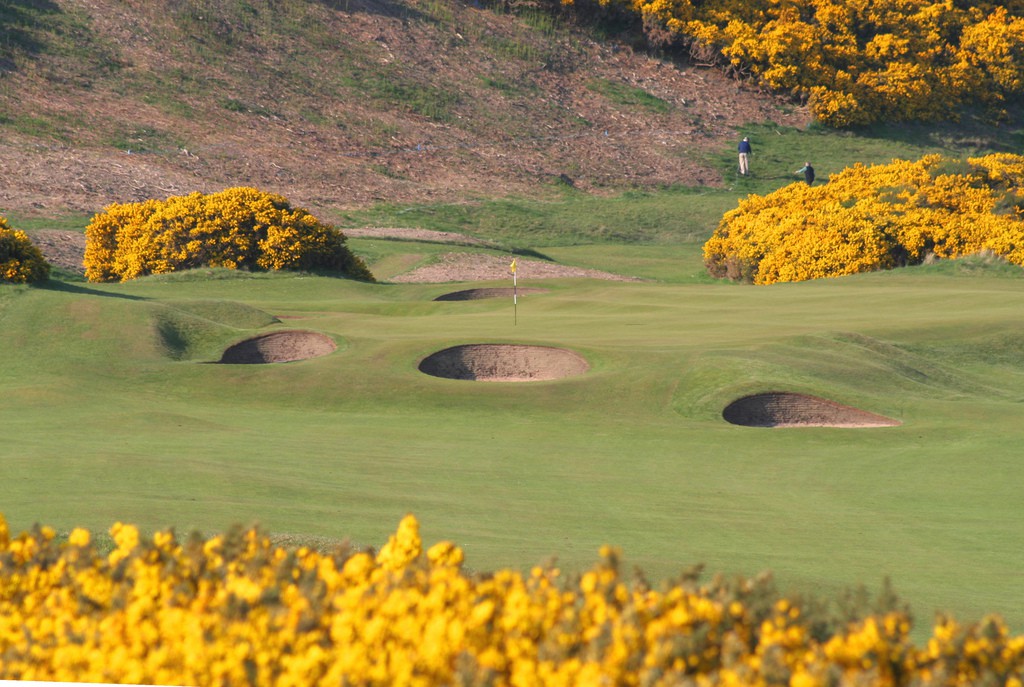 August is Edinburgh’s month! Every year, Scotland’s capital ushers in reels of festival-seekers bursting with Fringe anticipation. As the world’s biggest arts festival, the Fringe is a cultural beacon of theatre, comedy, music, cabaret, and everything in between. Running alongside the Fringe is the Edinburgh International Festival, the Edinburgh International Book Festival and the Edinburgh Military tattoo, each a gem in its own right. August is no stranger to the odd heat wave either. It’s best to book way in advance, as flights are especially high and all modes of accommodation booked out. 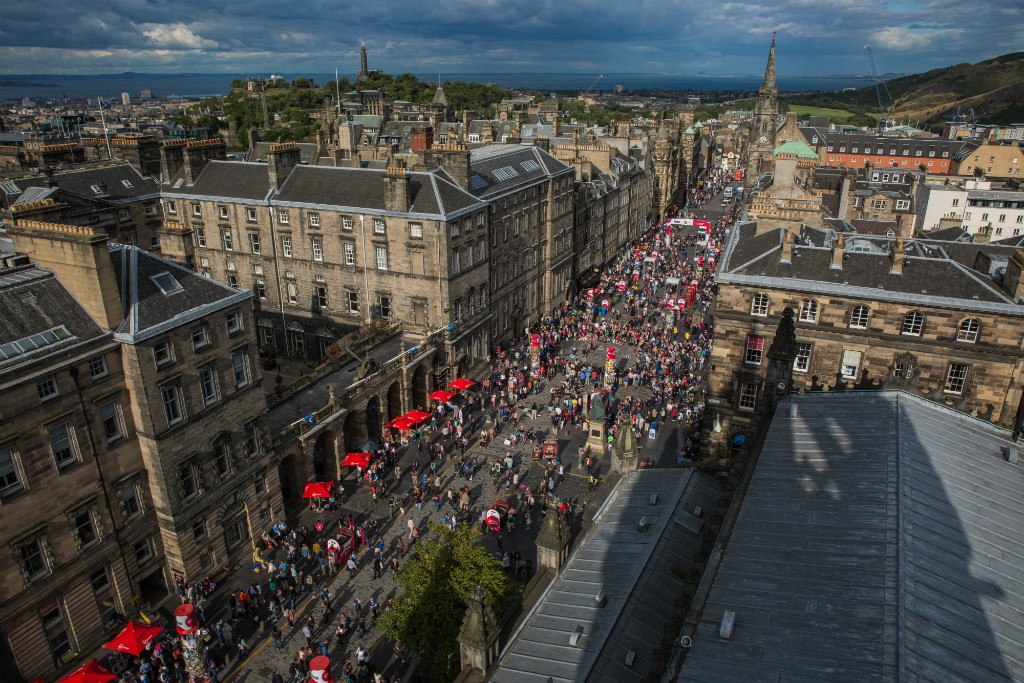 September is a fine time to head for Scotland and catch the last of the summer sun, minus the festival flight prices. Thanks to schools reconvening after the summer shenanigans, all the main attractions are less busy. Those interested in experiencing true Scottish culture should visit the Braemar Gathering, the most famous Highland Games event. The end of September kicks off Scottish surf season (September to April) and provides the excuse to catch some gnarly waves embellishing the many Scottish surfing beaches, particularly Thurso. 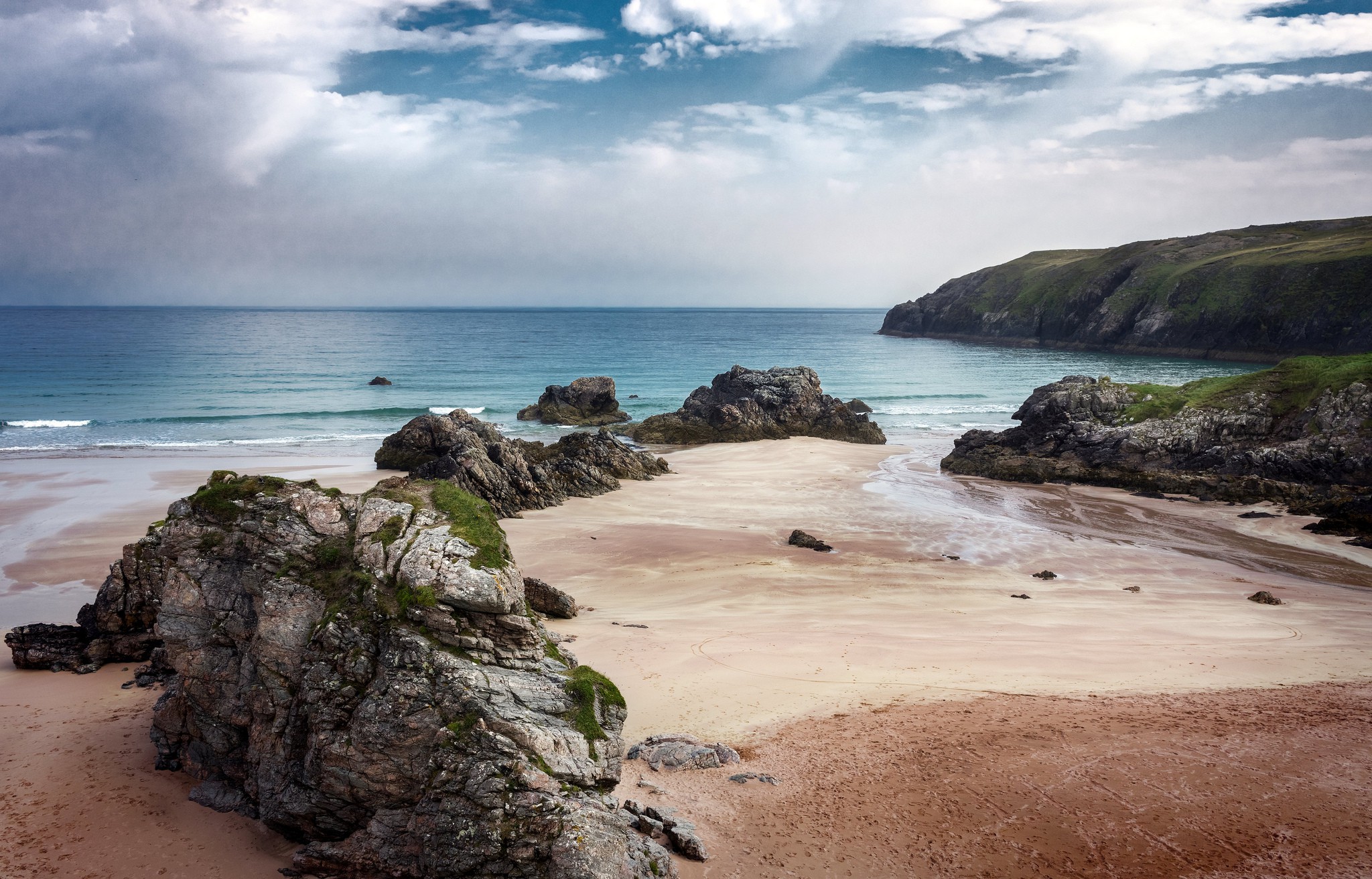 With October comes cooler days and drier times, as well as a spellbinding potion of autumnal colours caressing the foliage and falling leaves. It’s worth noting that many remote hotels, resorts and sites may close around this time due to the quieter season. Still, it also means cosy log fires, decadent hot chocolates and whisky galore. Plus, it’s a prime time for visiting the Islands and Highlands. Edinburgh’s Scottish International Storytelling Festival attracts storytellers from far and near and is an important tool for cultural preservation.

November is when the shorter nights become more apparent and that all too familiar winter chill sets in, especially in the north and east of Scotland. Still, that’s all part of that magical Scottish charm. Apart from St Andrew’s Day on November 30th, this month is one of the quieter ones. It’s also a brilliant time to frequent the myriad castles, museums and shopping spots dotted across the country. Don’t be surprised to witness the year’s first droplet of snow. 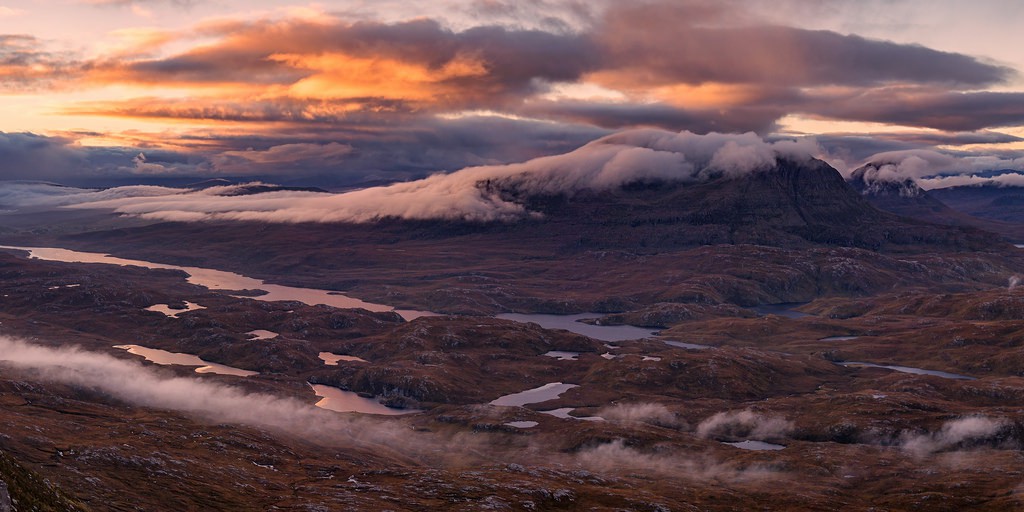 As the most wonderful time of the year to visit, December is chock-full of enticing Christmas markets and fairy lights punctuating every town, village and city. From outdoor ice rinks and festive tree lighting ceremonies, to Christmas theatre shows and seasonal produce, Scotland in December is one for the bucket list. Flight prices are generally not too overwhelming, spirits are high and the days crisp.