Since my first trip to Portugal in 2014, I’ve returned two more times, and that’s because this stunning Western European country has so much to offer travelers, from Porto in the north to its cliffside beaches in the south and everything in between.

Lisbon, referred to by Lisbonites as Lisboa, is Portugal’s capital city and center for cultural experiences, sightseeing, nightlife and history.

With the sun shining 290 days out of the year, there truly isn’t a bad time to visit this exceptional city. There are so many amazing things to do in Lisboa, but the 9 listed below can’t be missed.

Lisbon in Portugal is a beautiful city. It has an amazing history and an incredible ambience. For a European city, it is still quite affordable. We highly recommend taking a sidecar motorcycle tour which will take you to some excellent viewpoints overlooking the city and through the winding streets of the Alfama District.
— Simon Collins, travel writer, Free Two Roam

A UNESCO World Heritage SIte, Belém tower, otherwise referred to as the “Tower of St. Vincent” is a fortified tower situated in the civil parish of Santa Maria de Belém.

Belém Tower sits at the edge of the Port of Lisbon, a monument to the great maritime discoveries that laid the foundation of the modern world. Constructed around 1514 by Francisco de Arruda, the tower remains a reminder of Portuguese power during the Age of Discovery. 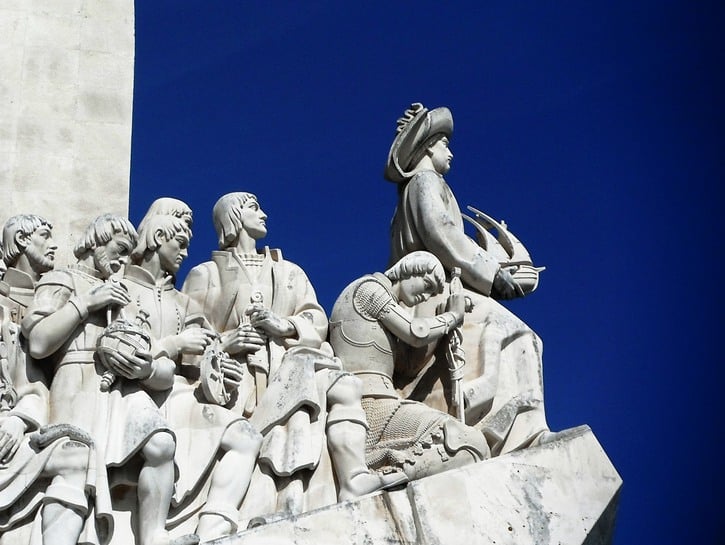 Characterized by its steep hills, cobblestone streets and stunning views of the Port of Lisbon where the River Tagus and the Atlantic Ocean meet, Alfama is Lisbon’s oldest district.

Alfama district is filled with tiny plazas, unique boutique shops, funky cafes and unparalleled viewpoints, like the one in the image below. Alfama is a popular hangout area buzzing both with Lisbonites and international tourists. The district’s old reputation as a poverty-stricken area has been shed, and it’s now one of the city’s bustling hotspots.

One of the best cultural experiences any traveler can indulge in while visiting Portugal is attending a fado performance.

Fado is a popular urban genre of music dating back to the 1820s that originated in Lisbon — though it likely dates back much further. Fado was considered folk music, meaning it was transmitted orally and there are no written examples of fado music from earlier than the 1800s.

Fado music is typified by its mournful tunes and lyrics, often about the sea and living a life of poverty while incorporating sentiments of fate and gloom. This powerful and emotional music is similar to Spanish flamenco music, and in 2011, fado was added to the UNESCO Intangible Cultural Heritage Lists. 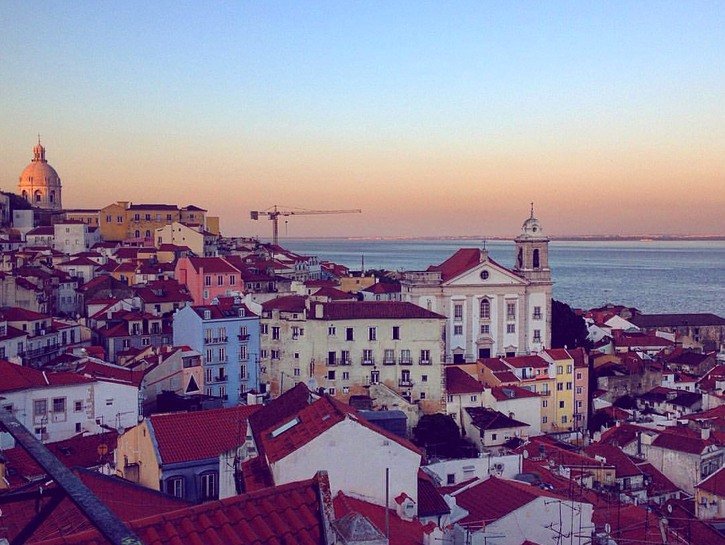 Undoubtedly Lisbon’s most lively area, Rossio Square is overflowing with some of the city’s most famous bars, shops, and restaurants. It’s a great spot to spend the day people-watching, soaking up the sun and inhaling Lisbon’s fresh sea breeze.

5. Visit the quaint nearby town of Sintra

If you take a short 30-minute drive just northwest of Lisbon, you’ll find yourself in one of the most romantic and fairytale-like towns in all of Europe that many people have never even heard of.

Sintra is a quaint town in the foothills of the country’s Sintra Mountains, with hilly cobblestone streets, colorful gardens, historic estates, villas, royal palaces and castles, and 19th-century Romanticist architecture. In 1995, the town of Sintra and its historic passage was deemed a UNESCO World Heritage Site.

While in Sintra, check out the town’s top attraction, Pena Palace. This striking Romantic castle overlooks the pine-covered hills of Serra de Sintra and is open daily from 9:30 a.m. to 7:00 p.m. 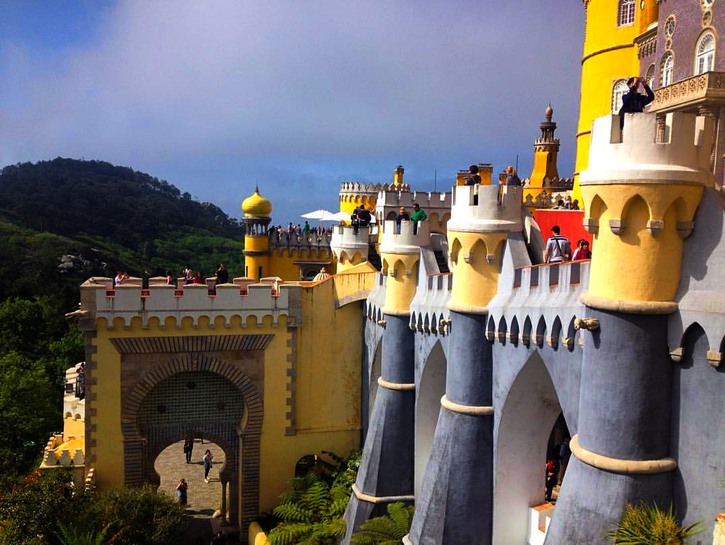 An imperative exemplification of Portuguese art, Jerónimos Monastery was constructed in 1502 after King Manuel I had the idea of erecting a monastery close to the site where Prince Henry the Navigator had built a church.

In its five centuries of existence, Jerónimos Monastery has been attracting artists, chroniclers and travelers alike. The monastery is situated just a 15-minute walk from Bélem Tower and, similar to the tower, is symbolically linked to the Age of Discovery. Jerónimos Monastery still contains many of its original structures, including its 16th-century cloister, the friars’ former refectory and the library.

When visiting this prominent Lisbon castle, travelers can check out the Black Chamber, an optical system of lenses and mirrors that provides 360-degree views of the city in real time.

São Jorge Castle also features a permanent exhibit consisting of objects that depict culture and lifestyles from the 7th century B.C. to the 18th century, with a particular emphasis on the Moorish period from the 11th to 12th centuries.

At the end of the day, after several hours of non-stop sightseeing, head to Miradouro da Graca to unwind and watch the sunset with the best views of Lisboa.

A great place to take photos, sip a glass of Portugal’s renowned vinho verde, or have a light snack, called a merenda, Miradouro da Graca is situated in a less-touristy area of the city and shouldn’t be missed when visiting Portugal’s capital . 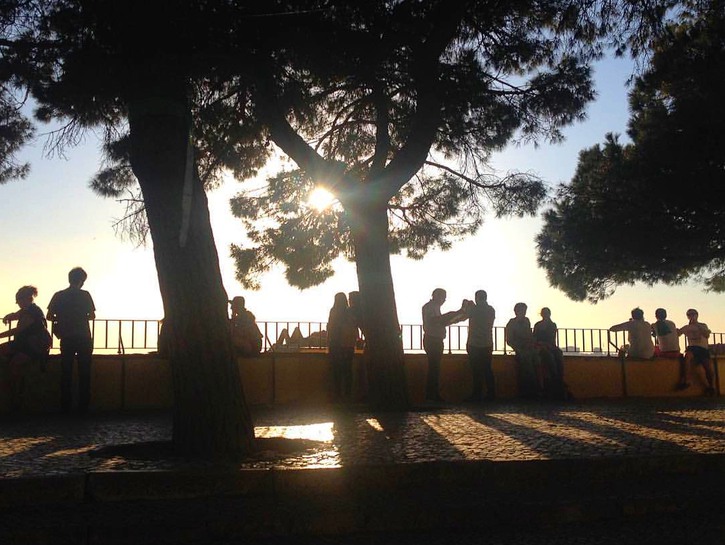 9. Take a ride on one of Lisbon’s historic Romodelado trams

In operation since 1873, the Lisbon tramway can be seen throughout any corner of the city, one of the capital’s most apparent and quirky features.

Lisboa’s Romodelado trams are quaint yellow trams, rattling and screeching their way through the city. The Romodelados’ most scenic route is the E28, passing through the Alfama district.

If you’re visiting Lisbon, be sure to hop on one of these trams at least once for an authentic and local Portuguese experience.