Thanks to Ponta da Piedade’s stunning rock formations, pristine beaches like Praia do Camilo and the vibrant nightlife found in beachside bars, restaurants and hotels, Lagos is one of the Algarve’s most popular tourist towns.

Lagos, in Portugal’s popular Algarve region, isn’t left wanting when it comes to tourist-friendly attractions. Within 16th-century walls, the old town is made up of cobbled streets, seafood restaurants and Baroque churches, while some of the coastline’s best beaches, kayaking spots and surf schools are a short drive or walk away. 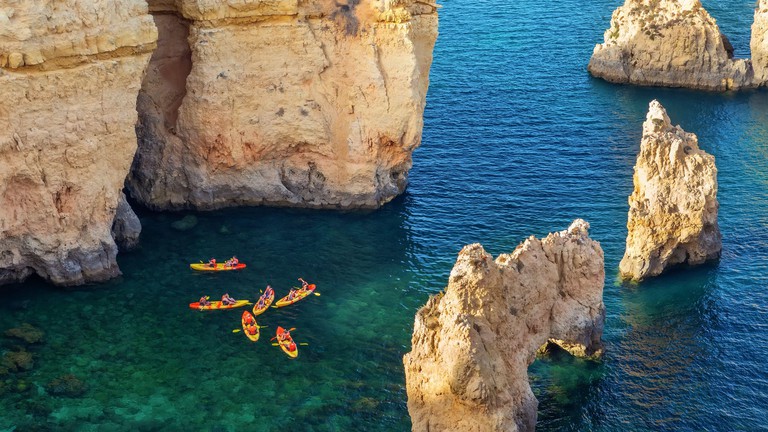 Just a 10-minute drive south of Lagos are the rust-coloured limestone cliffs of the Ponta da Piedade (Piety Point), one of the Algarve’s most striking natural attractions. The craggy headland of caves, grottos, sea pillars and rock arches has been carved out by winter storms over the ages and is best explored by kayak. Head to one of a handful of cliff-top stores for gear rental and/or to book a place on a guided excursion. You can also walk the area via a series of boardwalks, descending to the coves on stone staircases.

Sunbathe on Praia do Camilo 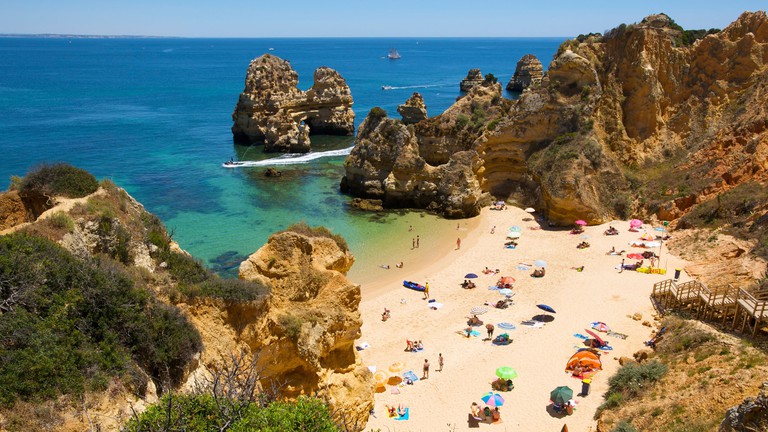 Arrive early to get a spot on Praia do Camilo, a small strip of sand backed by towering orange cliffs. Situated 2km (1.2mi) south of the town centre, it’s accessed by a wooden staircase and a man-made tunnel through ochre limestone rocks. Visit during spring, when the cliffs are carpeted in brightly coloured Mediterranean saltbush and saltwort, and sea birds such as great cormorants, herring gulls and black-headed gulls flock to the rocky ledges. 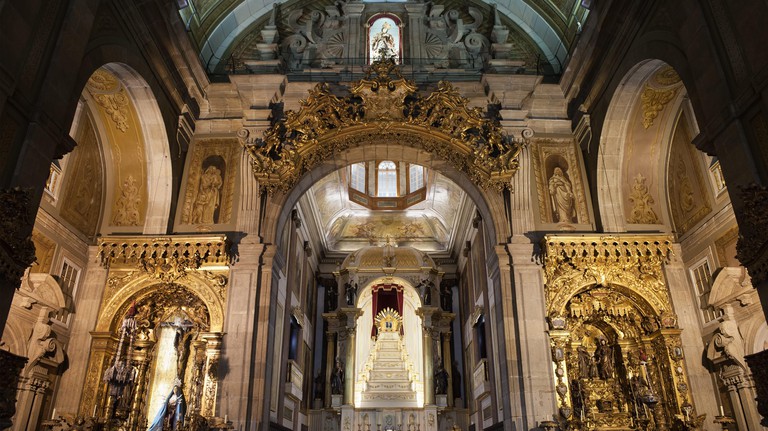 Registered as a National Monument, Lagos’s Saint Anthony Church boasts one of the finest Baroque interiors in Portugal. Initially constructed in 1707, it was rebuilt after the earthquake of 1755 and is named after one of the country’s most popular saints, a Lisbon-born follower of Saint Francis of Assisi, whose life is depicted in six oil paintings around the church. The walls surrounding them are adorned with richly carved, gold-plated woodwork, with lower sections decorated in traditional blue-and-white tiles. 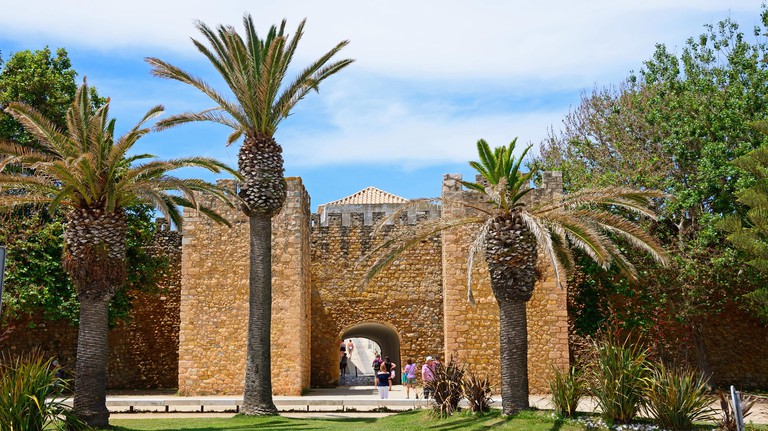 Owing to Lagos’s strategic coastal position, it’s been protected by fortifications for millennia. The structure that now stands at the tip of the harbour dates mainly from the 16th century. Sections of the defensive walls, which once encircled the entire town, still remain – as does an arched entrance flanked by chunky watchtowers. Walk around the walls, or admire them from the neighbouring park, which runs in between the castle and the ocean and offers plenty of shady rest spots. 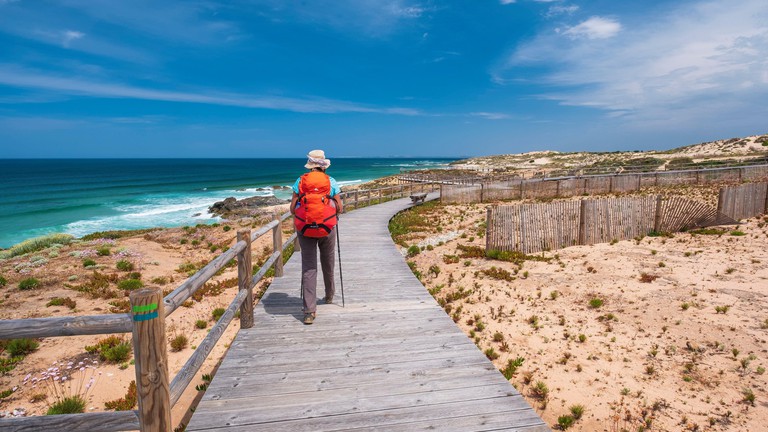 The 13km (8mi) hike from Praia da Luz to Lagos, via Ponta da Piedade, is the final section of the Fisherman’s Trail – a 263km (163mi) coastal route that starts in Porto Covo. After leaving the beach at Praia da Luz, the trail climbs into a steep incline, providing views over the Atlantic, the Algarve coastline and the village of Luz. Follow the blue-and-green way markers along the clifftops, stopping at Praia do Porto de Mós, Lagos’s second-largest beach, before arriving at Ponta da Piedade after about two hours of walking.

Stop for a beer at the Garden

Call in for a local craft beer or cocktail at this bohemian, verdant courtyard, in the centre of the old town. Packed with foliage, sofas and shade-giving trees and roamed by friendly resident cats, the Garden is also sought out for its barbecued meats (order the ribs) and fish, all of which are served with summer salads, coleslaw and boiled new potatoes. If beer’s not your thing, there’s always sangria, another of the speciality house tipples. Book in advance to secure a drinking spot.

Mar d’Estórias sells high-quality Portuguese products and souvenirs, homeware, books and music in a carefully restored Renaissance church. Items in the main shop are displayed beneath a beautiful vaulted ceiling, which mercifully survived the earthquake of 1755, and range from locally sourced honey and olive oil to handmade ceramics and baskets. Once you’re done browsing, head to the roof terrace for a glass of Portuguese wine accompanied by ocean views. 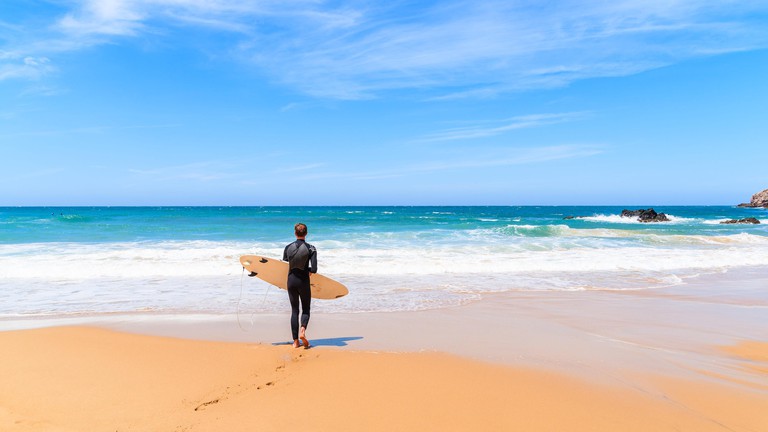 There are three surf beaches in Lagos: Praia da Luz (beach, point and reef breaks), Praia do Porto de Mós (beach and reef breaks) and, nearest to the town itself, Meia Praia (beach break). Beginners have several surfing academies to choose from, offering everything from gear rental and group and private lessons, to all-inclusive, surf-oriented holidays. Check out the day trips and week-long packages offered by the team at Surf Experience, which also include yoga sessions on the beach, skating and visits to historical sites. 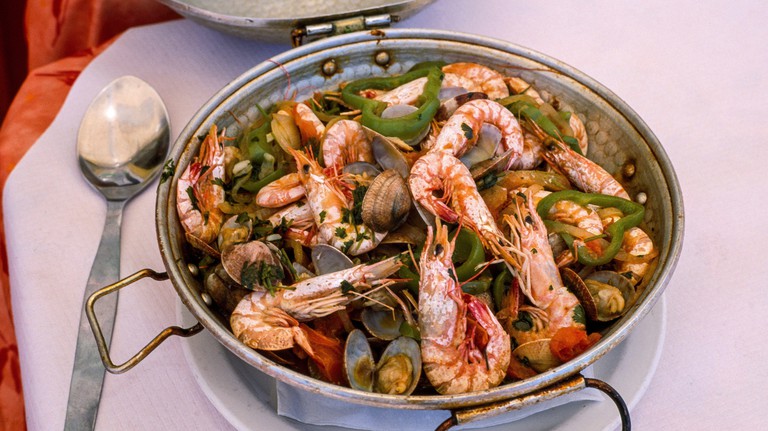 Seafood specialist Marisqueira O Perceve is a 15-minute walk from Lagos’s old town, but it’s worth the detour (and the slightly above-average price-point) for its net-fresh crabs, lobsters, clams, mussels and prawns. Top choices include the seafood platter – a seven-shellfish combo that comes with the restaurant’s own mayonnaise – or the mildly spiced lobster curry. Get fries or a simple salad on the side, plus a local Dory white wine or a cold draft beer.

Most nights out in Lagos end up in Ray’s, a grungy live-music joint down the road from the castle. Jazz, blues, rock ‘n’ roll and pop acts appear most evenings of the week, usually taking to the stage at about 11pm and playing into the early hours of the morning. Beers and cocktails are decently priced, so the place fills up quickly on show nights. Arrive before the music starts to get a good standing spot.