Travellers often head to Scotland‘s capital of Edinburgh, or Athens of the North, for its culture and architecture. The city’s namesake castle and medieval Old Town rank high on itineraries – but natural landscapes like Arthur’s Seat and the Pentland Hills shouldn’t be overlooked. Pack a pair of sturdy walking boots and plan to hike in and around Edinburgh on your next visit. 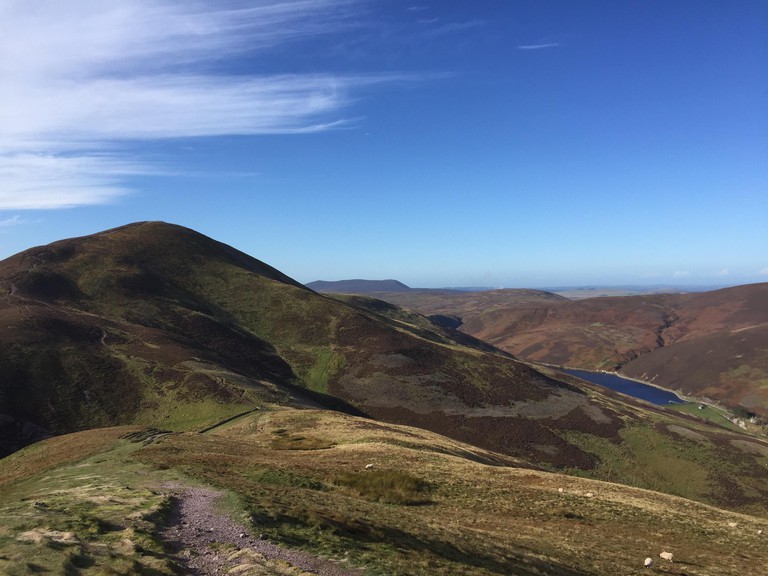 The Pentlands, south of Edinburgh, are just a hop, skip, and jump away from the centre of the city – make that an hour in the car. Those who like to challenge themselves by ridge walking should take on Carnethy Hill, Scald Law and the Kips. Meanwhile, in order to fully appreciate the panoramic views, head to Allermuir Hill, which isn’t the highest peak but a brilliant walk. Those who like to get lost and venture off the map can pick, well, any place on the Pentlands. 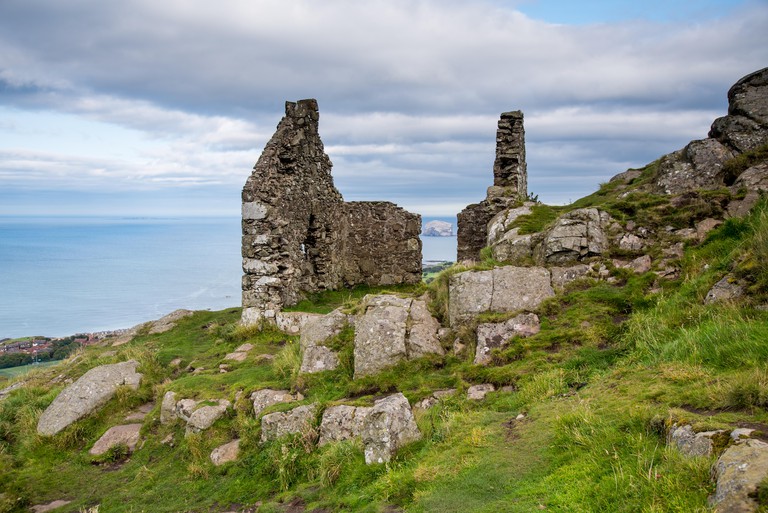 Take the train to the picturesque seaside town of North Berwick and don’t stop walking until you reach North Berwick Law – a striking hill and volcanic plug of hard rock, which endured erosion from Ice Age glaciers. As far as terrain is concerned, the ground is relatively clear with a rather steep climb, and a few boggy areas here and there. Set your sights on the Bass Rock (a famous seabird sanctuary in the middle of the sea) and catch a glimpse of Edinburgh and the Pentlands from a different perspective – the replica whale jawbones offer a unique Kodak moment.

Anticipate a somewhat arduous trek at Arthur’s Seat, where the ascent is approximately 280m (920ft). Many areas are incredibly rocky, steep and rough, but the summit is sensational. Hikers often find themselves meandering off in all sorts of directions: choose from multiple routes and consider exploring the Salisbury Crags, the hard dolerite rocks on the south side. James Hutton, the father of geology, used these beauties for his theory of an ancient Earth.

Cockleroy Hill, which stands 278m (912ft) above sea level, is ideal for those who want the feeling of a hike without a military-style workout. The terrain is very manageable, with some forest paths and grassy areas. Start at the car park, wander through the woods and begin the ascent of Cockleroy; venture to West Lothian and you’ll come across Beecraigs Country Park and the Bathgate Hills. 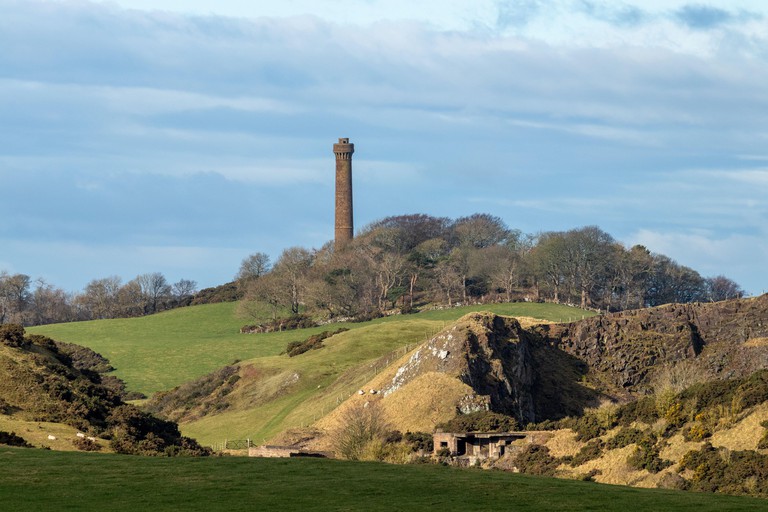 The Garleton Hills, nearby to Gullane and North Berwick, is a great option for a brief hike. Start at the car park to embark on this steep ascent and follow the clear path. Once at the summit, marvel at the Hopetoun Monument (or Garleton Monument as it is known to locals), which was erected in memory of the fourth Earl of Hopetoun, John Hope, in 1824. Those who are unfazed by heights or pokey spaces can climb the 132 stone steps to reach 360-degree views at the top.

The 221m (725ft) high Traprain Law, on the outskirts of Edinburgh in East Lothian, is the site of an oppidum (an Iron Age settlement). Many archaeological excavations have taken place on this hill, unearthing treasures like sliced-up Roman-era silver. The climb is short, and the summit, like every other in and around this area, offers magnificent views – expect grassy earth paths with the occasional rocky outcrop here and there. 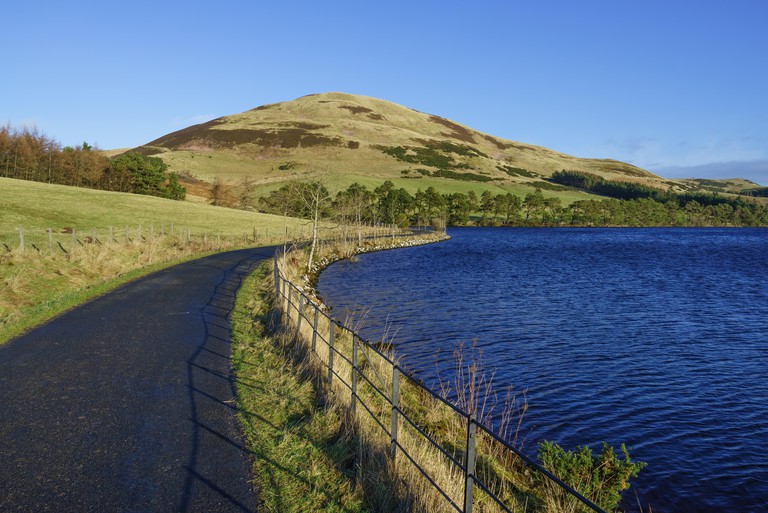 Fancy a spot of wild swimming? Head to the Pentland Hills National Park, a 40-minute drive south of Edinburgh, where you’ll find the Threipmuir Reservoir Circular. This moderate 19.2km (12mi) loop trail near Juniper Green passes by the Threipmuir Reservoir, which was designed by civil engineer James Jardine and constructed between 1843 and 1848. The water contains high levels of peat, so the water is often warmer than expected, and has been known to reach 22C (72F) in summer. It also takes in the smaller Glencorse Reservoir (more below), which is popular for swimming and fishing.

At 579m (1,900ft), Scald Law is the tallest peak in the Pentland Hills National Park – combine it with Turnhouse Hill, Carnethy Hill and East and West Kip and you’ve got a 16km (10mi) circuit that takes in the Five Peaks of the Pentlands. The walk begins in the car park behind the Flotterstone Inn and takes around five hours to complete, offering expansive views over the surrounding countryside and the reservoirs. East and West Kip are the steepest hills on the route and can be challenging even for experienced walkers – by approaching West Kip from the east, you’ll avoid the steepest ascent. 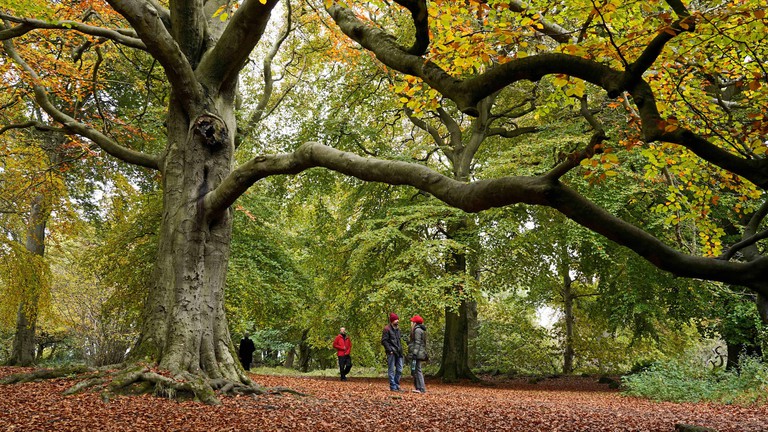 According to local legend, Edinburgh is built on seven hills (in reality there are a few more), and an annual race offers competitors the opportunity to take them all on. The route combines road- and hill-running, cross-country and urban orienteering, covering just over 22km (14mi) and around 670m (2,200ft) of ascent and descent. The start and finish point is at Calton Hill, and runners have to make their way through six checkpoints: the Castle, Corstorphine Hill, Craiglockhart Hill, Braid Hill, Blackford Hill and the famous Arthur’s Seat. The race attracts all ages and abilities, with some taking up to four hours to complete the loop – though the winning time sits around an impressive one hour, 40 minutes.

Did You Know? 13 Fun Facts About Scotland