Although Sydney is the magnet for many travellers venturing to Australia, New South Wales has much more to offer than the Harbour Bridge and Opera House (as amazing as they are). So do yourself a favour–hire a car, grab some snacks and hit the roads to see some of the best countryside in Australia. 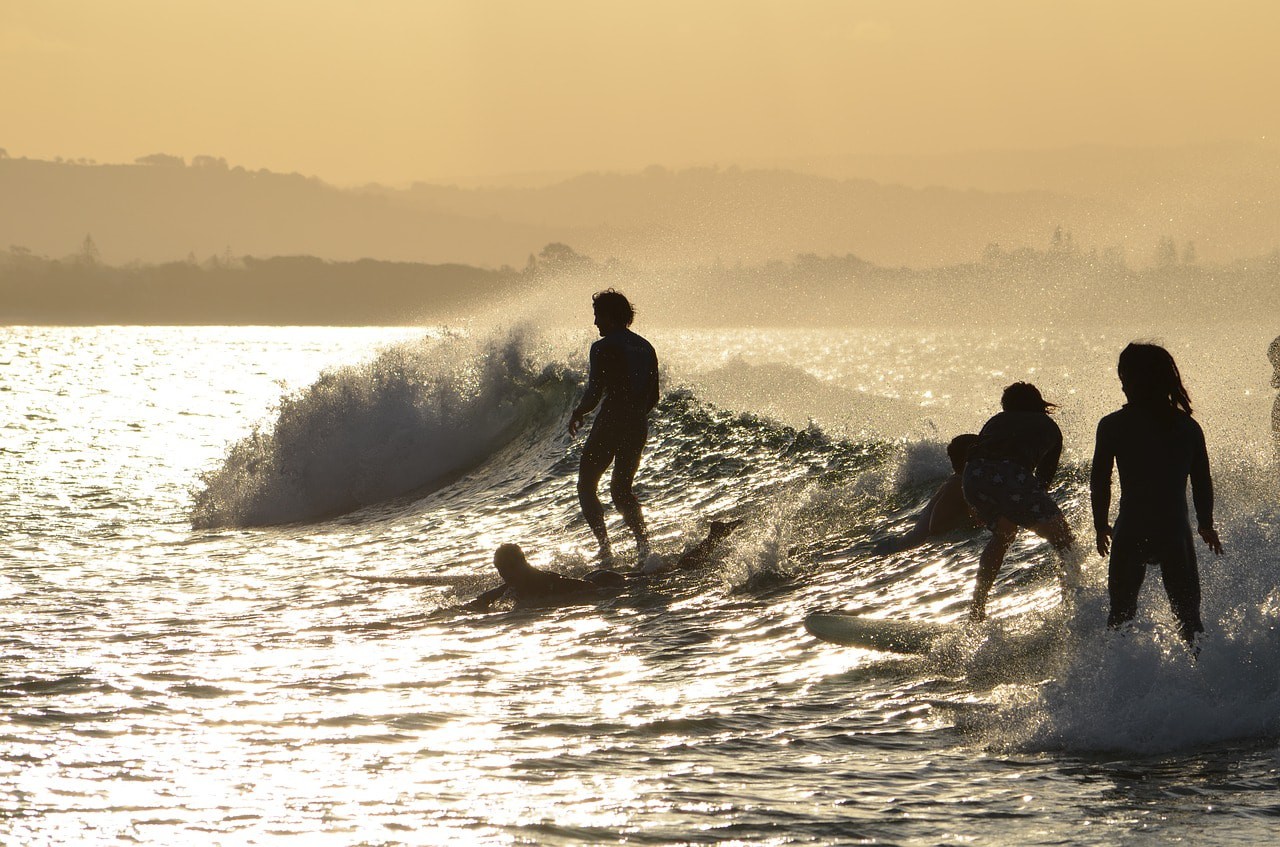 Although it’s become more populated with travellers in recent years, there is a reason why backpackers come to Byron Bay to stay the week and never leave. The crashing waves and the smell of coffee permeate the ambient atmosphere, and the evenings host a hearty live music scene among the fresh restaurants and laidback bars. There are nine beaches surrounding Cape Byron, and there’s something for every level of surfer, whether you’re just learning to balance or already deep in the barrels. The shops lining the streets sell everything from healing crystals to organic produce and excellent wines, so get up to Byron Bay for good looks, great waves and free spirits. 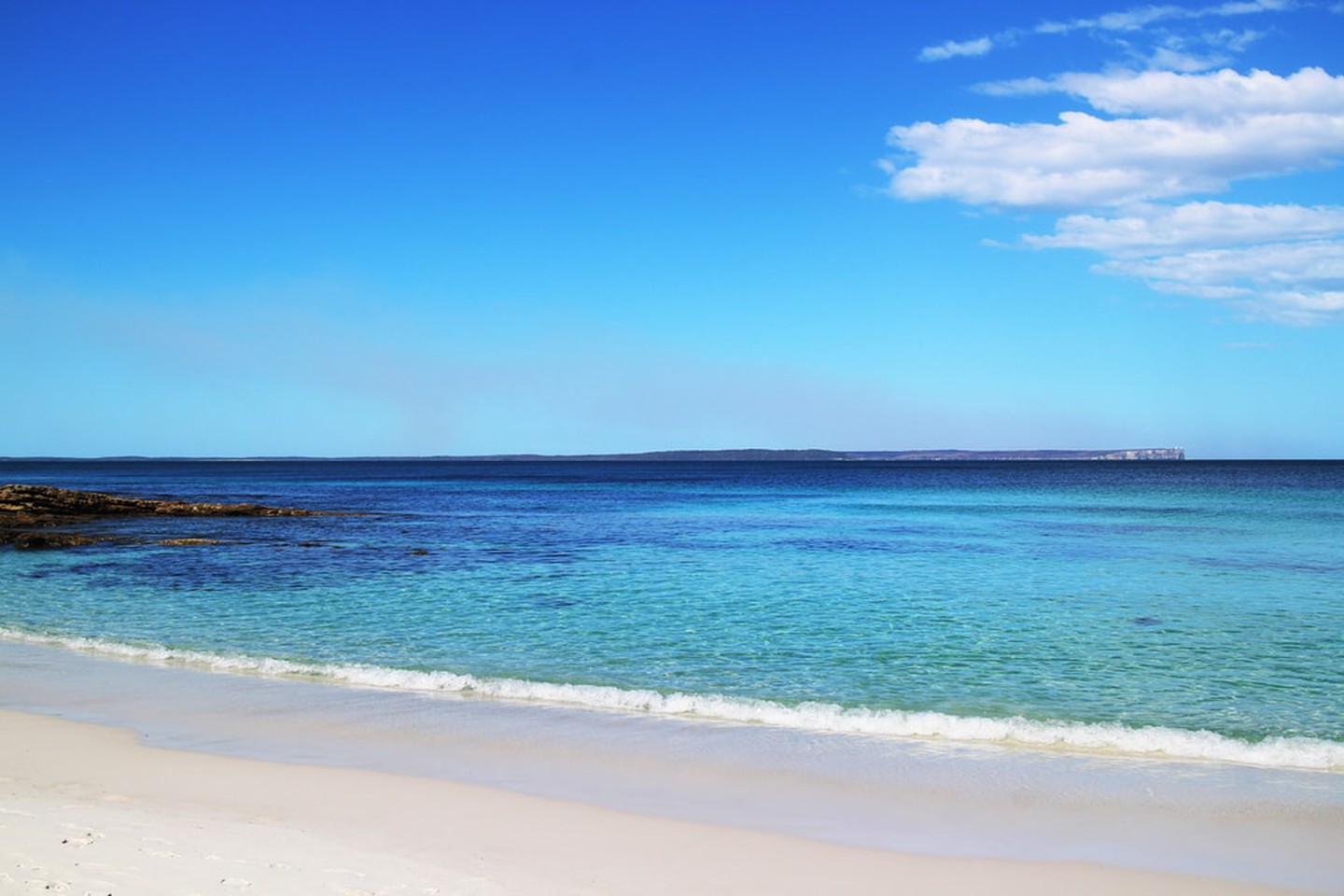 There is only one word to describe the shoreline that stretches before the turquoise waters of Hyam’s Beach in Jervis Bay, and that’s pristine. With sand so purely, translucently white it was awarded a place in the Guinness World Records, the beach is what you dream of when you’re chained to your desk at your office job. Just three hours south of Sydney on the southern shores of the Jervis Bay Marine Park, there’s only one road leading in and out to the charming General Store, and five minutes from there lies Booderee National Park, teeming with some of the tamest kangaroos Australia has to offer. It’s the perfect location to pack a tent and bulk-buy the sausages and cold beers. 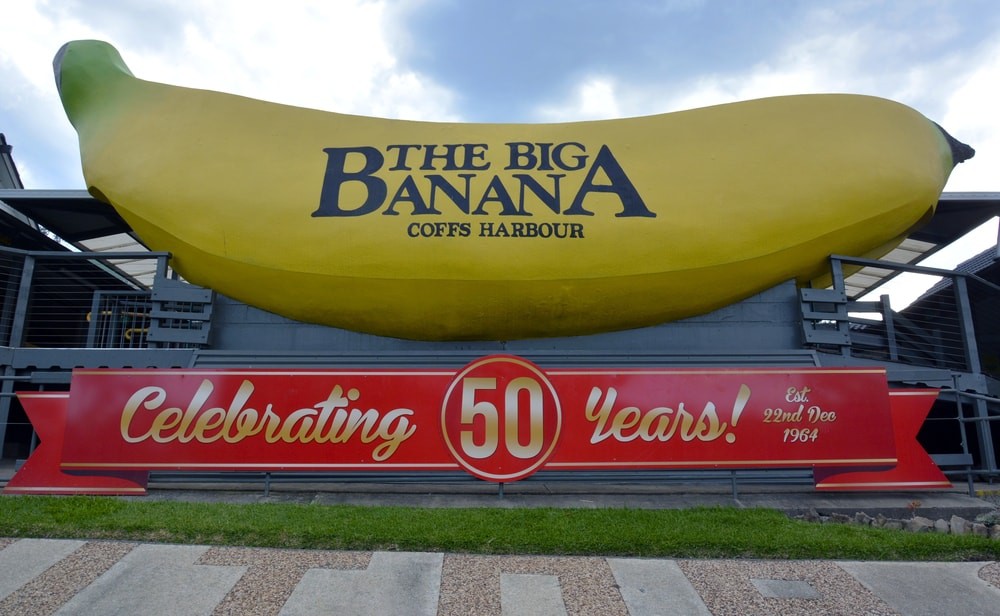 A beach holiday that won’t delay retirement? Head to Coffs Harbour on the mid-north coast for more than just a beach–it’s home to the Big Banana, the most bizarre yet highly entertaining landmark of northern NSW. Go for a toboggan, visit the hard candy workshop, go ice skating or take a class in the cheesemaking workshop (if that isn’t incentive, I don’t know what is). For the nature lovers, whales often pass through the marina in season and there are beautiful reserves just a short drive from the town centre. The striking landscapes of Sherwood Nature Reserve are perfect for bushwalking, birdwatching, or just taking a nice picnic. Be prepared to share the reserve with the 50 species of wildlife that call it home, such as brush-tailed rock wallabies and leaf-tailed geckos. 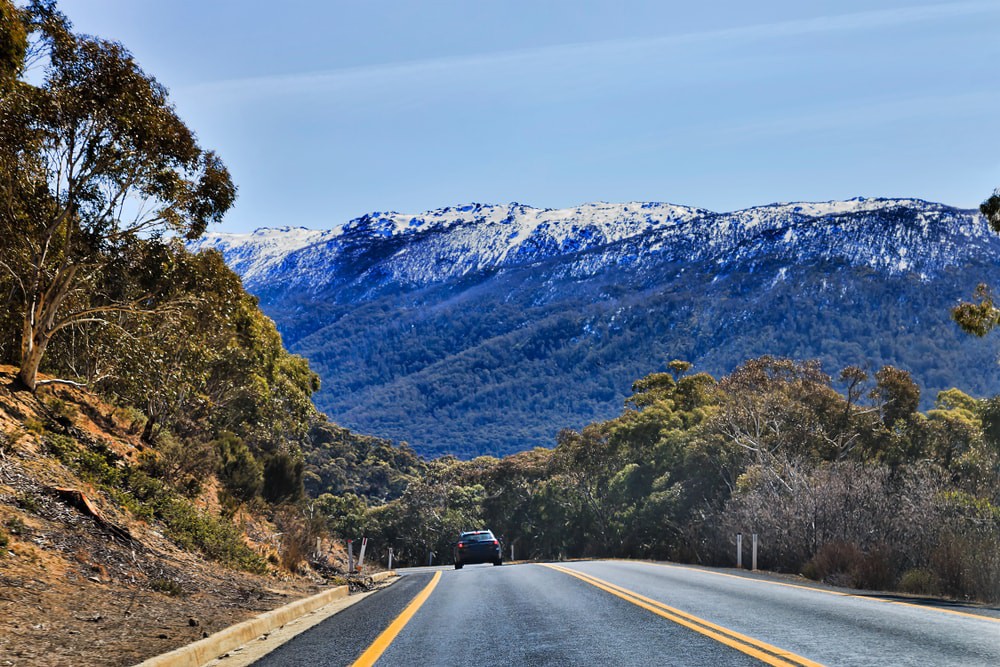 While winter-missing travellers head to Thredbo during the snow season to remember what the cold feels like (I’m looking at you, Canadians) what a lot of people don’t know is that Thredbo is just as beautiful in the warmer months. In winter, Thredbo village teems with activity, with runs for the most inexperienced novice to the winter Olympian. Summer brings picture-perfect hiking and mountain bike riding, dotted with wildflowers and crisp with fresh mountain air, Thredbo also boasts Australia’s highest mountain, Mount Kosciuszko. It isn’t exactly Sir Edmund Hillary material, but there are exquisite views from the peak. 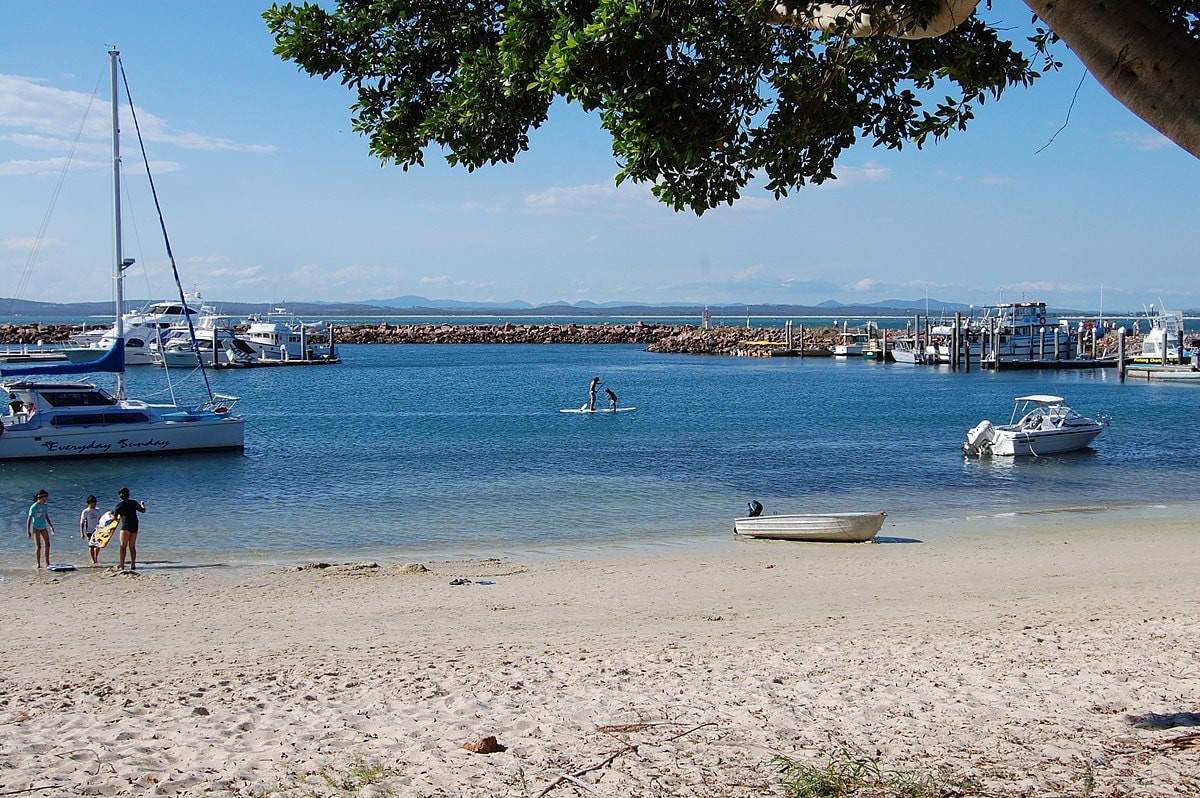 Nelson’s Bay is just a hop and a skip from Sydney, but you’ll feel as if you’ve stepped into tranquillity. Nestled inside the large natural harbour of Port Stephens, the bay is frequented by pods of wild dolphins. To get up and close to these beautiful creatures, hop on one of many boat tours that can take you on a half-day cruise to their hangouts. To get even closer, you can even don a wetsuit and swim alongside them. Diving and snorkelling here is exceptional, and will cost you a fraction of the price as it would in Sydney or tropical Queensland. You won’t be short of any beautiful lookouts–try the Nelson Bay Heritage Lighthouse or the Gan Gan lookout for views, and better still, take up some fresh fish and chips and watch the sun go down. 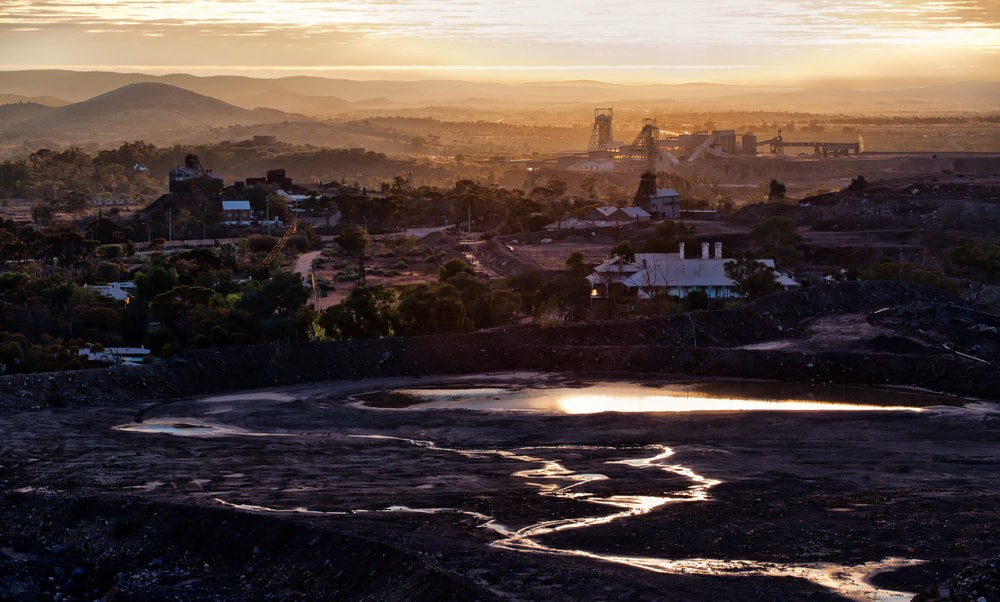 Broken Hill is a legendary working-class town on the edge of the desert, famously named Broken Hill when the discovery of silver led to a mining rush and mines opened all over the mountainous terrain. Although it’s remote, the facilities that have popped up in the last decade makes it feel like an oasis in the rugged outback. Nearby Mutawintji National Park is rich with Aboriginal culture, so take a hike for a look at the old carvings in the red stone, and take some binoculars for a spot of birdwatching. Back in town, familiarise yourself with the history by taking the Broken Hill Heritage Walk, which visits the oldest art gallery in NSW, the hands-on Albert Kersten Mining and Mineral Museum (our favourite kind) and watch the sun go down over the Living Desert Sculptures looking over the town. Finish the day off with a drink at the ye-olde Palace Hotel, which will take you back to those mining-rush days. 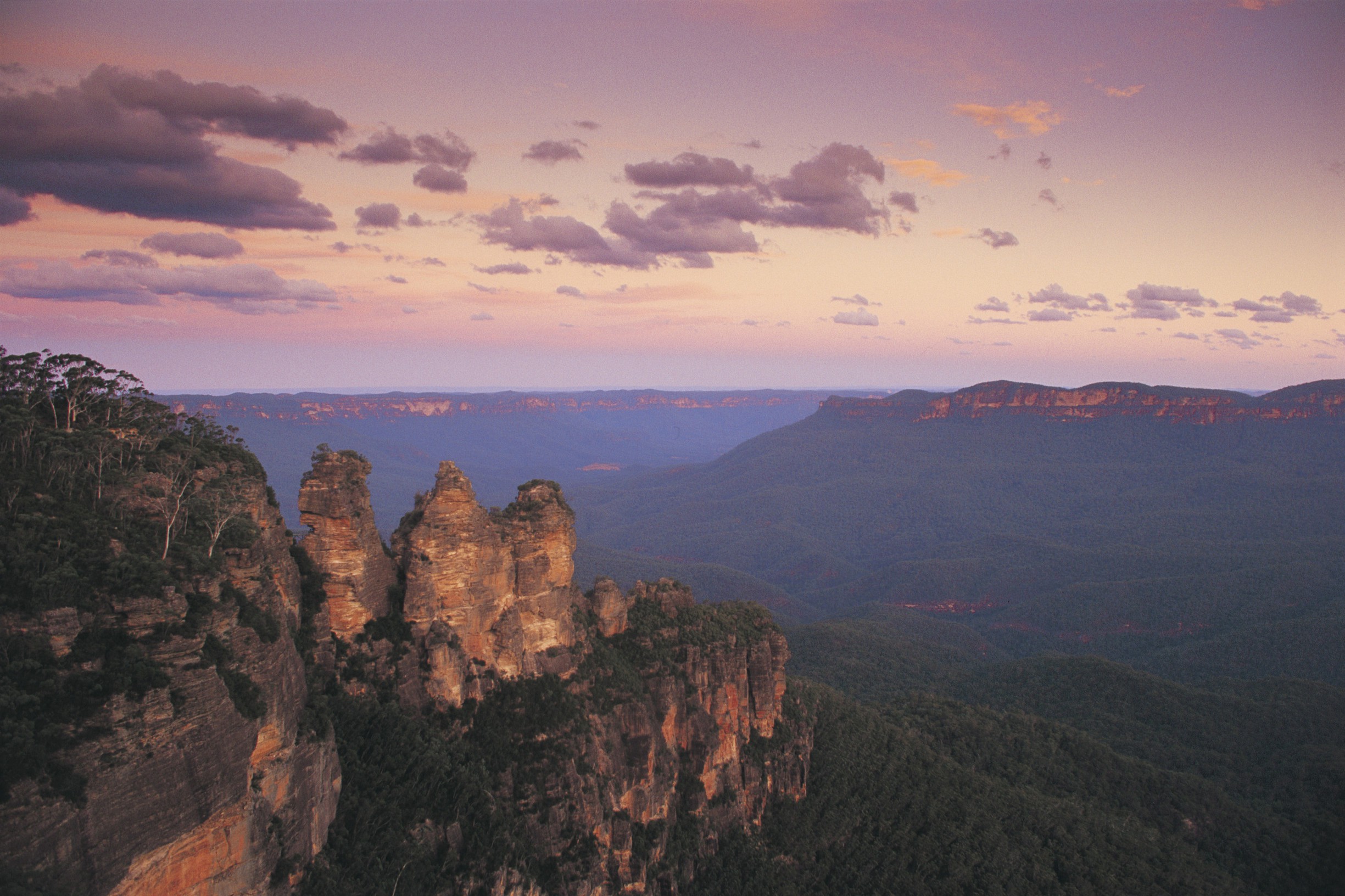 If you’ve spent too long in the city and you’re craving fresh mountain air and a stretch of the legs, just a 90-minute drive west of Sydney is Katoomba, the buzzing hub of the Blue Mountains. With numerous hikes stretching into the blue-tinged valleys combined with historical buildings and boutique cafes and restaurants, this scenic village has everything you could possibly want. Scenic World is a short drive from Katoomba Village, and the must-do Scenic Railway takes you down a near-vertical decline down into Jamieson Valley. The railway gives you the best seat for breathtaking views of the World Heritage listed sites, such as Katoomba Falls and Jamison Valley. Echo Point is the dramatic viewing point of the Three Sisters, and then walk up the hill to Lilianfels, a historic country mansion-turned-hotel, for a spot of high tea.

A Guide to Travelling Sustainably in Australia

Best National Parks in Australia To Set Foot On

Australia is Home to the World’s Oldest Surviving Civilisation