Calgary has the best of both worlds. It is home to the city life many people crave, but it’s also close to both the Alberta Badlands and Canadian Rockies — two very different Canadian landscapes. Keep reading to discover the 10 best day trips from Calgary in Alberta. 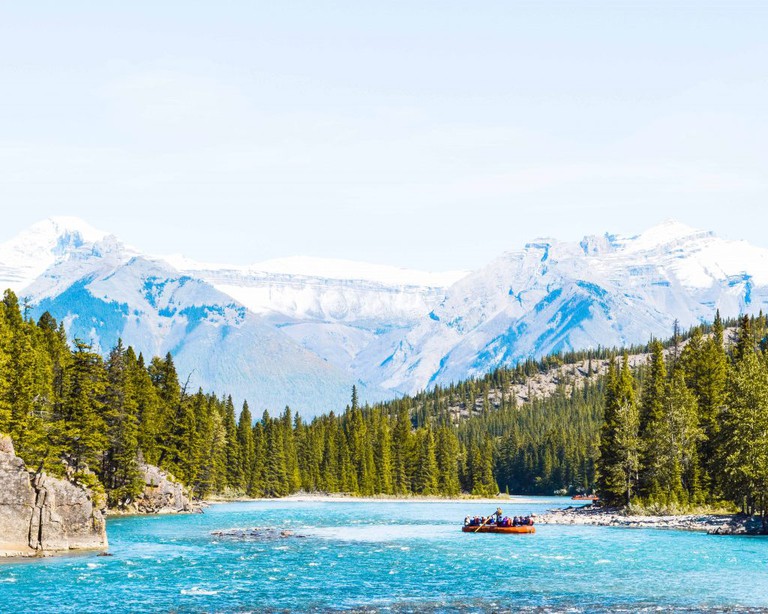 Banff is undeniably one of the world’s most picturesque ski villages, and it’s only a 1.5-hour drive from Calgary. The small township is literally surrounded by the Canadian Rockies. Visitors don’t have to venture far to enjoy the best of Banff. Highlights include walking along Bow River, staying in or simply admiring Fairmont Banff Springs, taking the gondola up Sulphur Mountain, visiting the Vermilion Lakes, and relaxing at Banff Upper Hot Springs. Hiking, biking, canoeing, rafting, and skiing are all adventures awaiting you in Banff.

Just under two hours south of Calgary is the Head-Smashed-In Buffalo Jump. This UNESCO World Heritage Site is one of the world’s oldest, largest, and best-preserved buffalo jumps. “The Jump bears witness to a method of hunting practiced by native people of the North American plains for nearly 6,000 years.” Natives would hunt bison by stampeding them over the cliff. Step back in time and learn about Alberta’s past at this historic site. 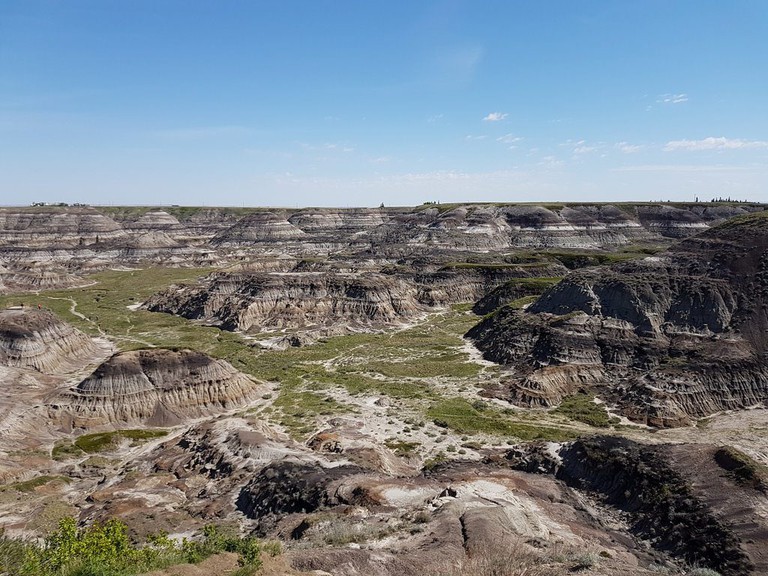 Heading east of Calgary, visitors will find the Alberta Badlands and Drumheller, the world’s dinosaur capital. Learn more about its past at the world-renowned Royal Tyrrell Museum of Paleontology, and the Fossil World Dinosaur Discovery Centre. Explore the Badlands at Drumheller’s nearby natural attractions, such as Horsethief Canyon, the Hoodoos, Horseshoe Canyon, and Midland Provincial Park. Don’t leave Drumheller without getting a selfie with the world’s largest dinosaur too!

Three hours north of Calgary is Alberta’s capital, Edmonton. Wake up early and be in Edmonton in time for breakfast. One of the city’s biggest attractions is West Edmonton Mall, which is North America’s largest mall. Inside visitors will find the Marine Life aquarium, World Waterpark, mini-golf, and Galaxyland amusement park, plus 800 stores and services. To make the most of your day trip, do a fun city tour to see as much as possible in a limited time. 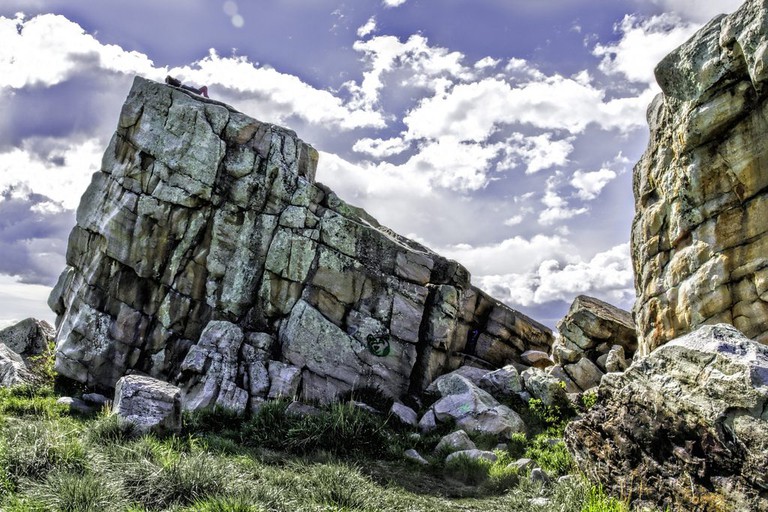 Okotoks is a small town just 18 kilometers (11 miles) south of Calgary. Its landmark is Big Rock, a glacial erratic, which means it’s “a rock transported far from its place of origin by glacial ice.” This was the inspiration behind Big Rock Brewery’s name, one of Canada’s more popular craft brews. There are also plenty of restaurants, art galleries, boutiques, and annual festivals to keep you occupied in the Okotoks.

Located less than an hour’s drive south of Calgary, Eau Claire Distillery was Alberta’s first craft distillery. Housed in Turner Valley’s former Movie Theatre and Dance Hall, the distillery has certainly made a name for itself. Their award-winning spirits are made farm-to-glass using traditional methods. Eau Claire is also a certified farm distillery, so customers can be assured they’re sipping the best spirits. Visit by yourself, or do the Spirit of Alberta Tasting Tour, where it’s the final stop. 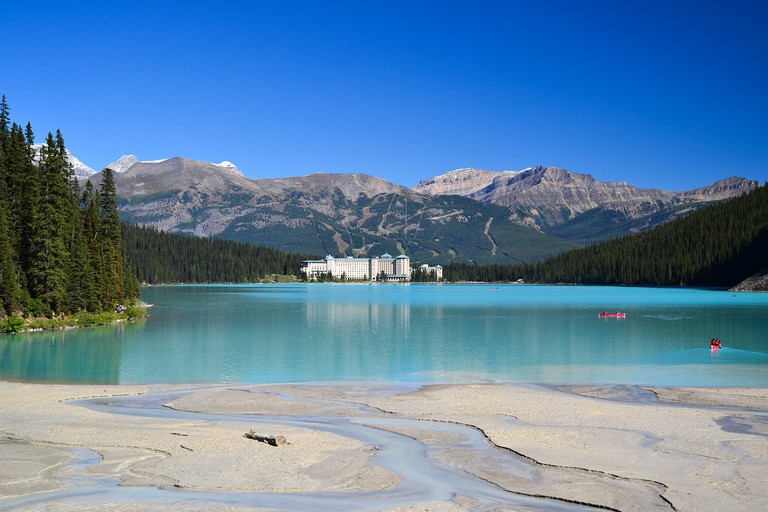 Lake Louise is a world-renowned destination in Banff National Park. Although the turquoise, glacial-fed lake is stunning and worth the visit alone, there’s so much more to this little hamlet. Firstly, Fairmont Château Lake Louise and its castle-like exterior is located directly on the lakefront. Most rooms, and the exquisite restaurant, include lake views. Lake Louise Ski Resort is also one of North America’s largest ski areas. Nearby you will find Moraine Lake too, which is known for its intense turquoise color. 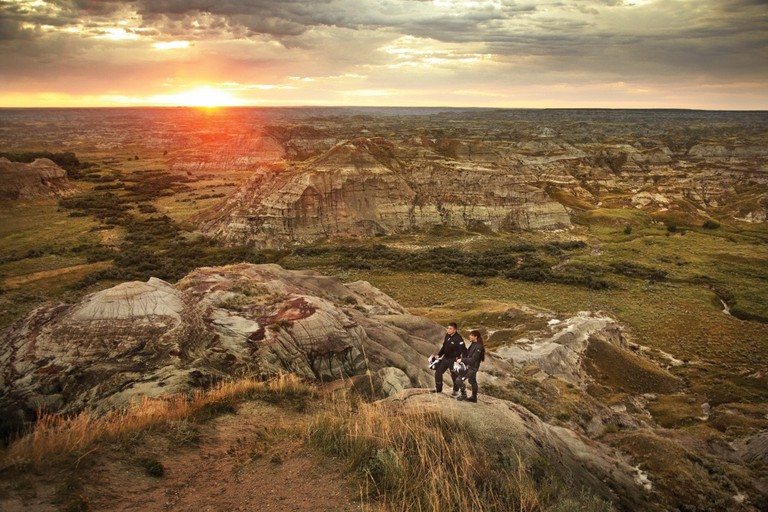 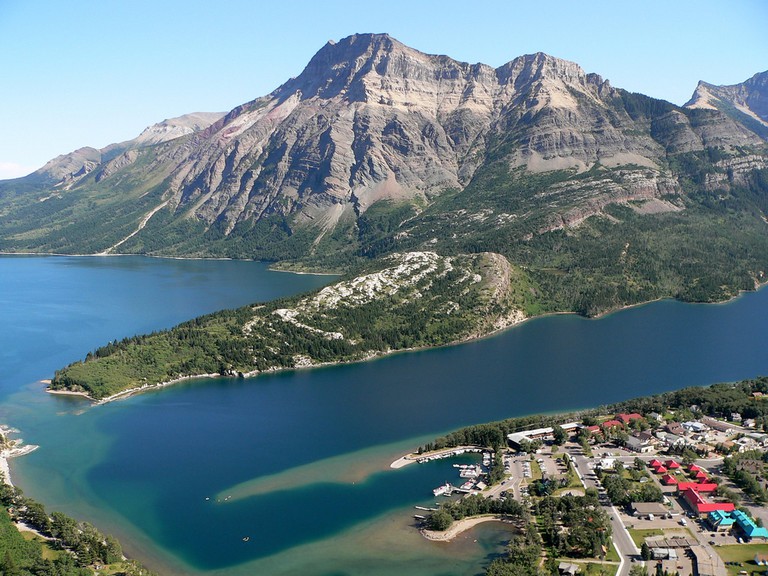 A slightly longer day trip from Calgary, Waterton Lakes National Park is definitely worth the early wake-up call. It’s the world’s only park to be a UNESCO World Heritage Site, Biosphere Reserve, and International Peace Park. Spend your day participating in a water-based activity on the lake; hike up to Bear’s Hump for a terrific view over the Waterton township; chase some waterfalls, and visit the Prince of Wales Hotel (the park’s most recognized landmark today).

Located 81 kilometers (50 miles) from Calgary, Canmore is sometimes overlooked for the more popular Banff. However, its location within the Canadian Rockies means it offers the same adventurous activities as its northern counterpart. Explore the picturesque downtown area and enjoy a brewery or walking food tour, or venture outside of Canmore to Kananaskis Country and beyond. Hiking, biking, shopping, horseback riding, golfing, rafting, and cross country skiing are all activities to be enjoyed in Canmore.

9 Cool Things to do in Vancouver, Canada