Canada is a vast and diverse country, with a multicultural culinary landscape. Due to the sprawling landmass of the country, Canadian cuisine is quite regional and has strong influences from its Anglophone, Francophone, indigenous and immigrant populations. No matter where you are, there will be plenty of good pastries, comforting warm desserts and of course, the flavor of maple syrup used in creative ways. These are some absolutely delicious and distinctly Canadian desserts.

You may have heard of poutine, but if not, every Canadian will tell you it’s the national dish. Originating from Quebec but found everywhere, poutine is a dish made of fries, cheese curds and gravy. Today you can find all sorts of jazzed-up poutine with different meat toppings and styles, and you can also find super-tasty dessert poutine made up of churro “fries” laced with caramel sauce instead of the gravy, and marshmallow bites in place of cheese curds. It’s crispy, sweet and perfect for sharing. Try the recipe here.

Beavertails are a type of fried dough flattened into a long shape resembling, yes, you guessed it… a beaver’s tail. Beavers are the national animal of Canada so the sweet treats are essential eating to pay homage to the resourceful rodents. They come with all sorts of variations, from banana-topped Nutella to the classic cinnamon and sugar combination. Think doughnut with more surface area, which means more crisp texture and more room for toppings. Choose your own tasty accompaniment, and give this recipe a go. 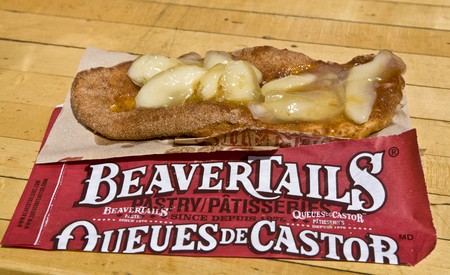 These miniature tarts are a staple Canadian dessert. They have a flaky, crisp base and a filling made of sugar, butter, eggs and sometimes walnuts, raisins or maple syrup. The center can be either solid or runny, depending on the length of cooking. These bite-sized pastries are incredibly moreish, so you best get baking. 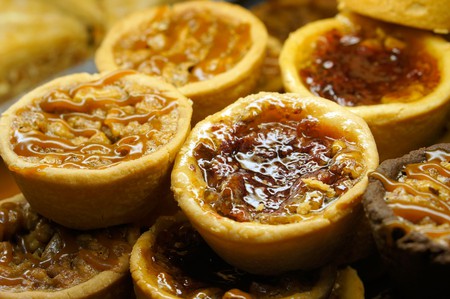 Sugarpie is a bigger cousin to the butter tart but comes in a full-sized pie that you can slice. It resembles the French Tarte au sucre but has maple syrup as the dominant flavor. Although eaten all year round, it has a special place on the table during the holidays, especially among French Canadians. Served with a dollop of cream, it’s a slice of heaven. Head to Our Happy Mess for the recipe.

This delicious pastry has its origins in the cuisines of the indigenous people of Canada and can be eaten sweet with cinnamon and sugar or other sweet additions like condensed milk. A type of fried bread made into round flat shapes from a base of flour, lard and water, it was created to last in harsh conditions and on long trips. Follow this quick and easy recipe.

Named after the city it originates from, this fridge cake has become an iconic Canadian treat. Made with three layers, this no-bake dessert consists of a base of coconut and graham crackers, topped with custard, topped with chocolate ganache. And although the classic is still a firm favorite, there are many unique twists and takes on this dessert, from the forms it can take – such as ice cream and cupcakes – to different flavors like mint, peanut butter, matcha and many others. Try it here. 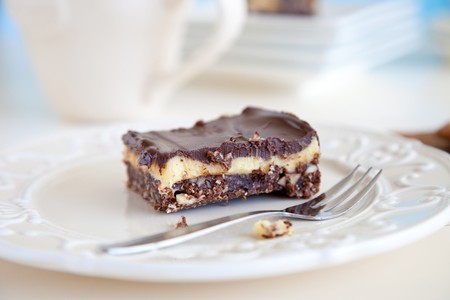 Saskatoons are berries native to Western Canada and they even have a city named after them. They are similar to blueberries, but have a sweeter and nuttier taste and are nutrient-rich. Baked into a pie with a thin crust, Saskatoons make a light and satisfying dessert ideally served with a scoop of ice cream or whipped cream. Try this easy and traditional recipe. 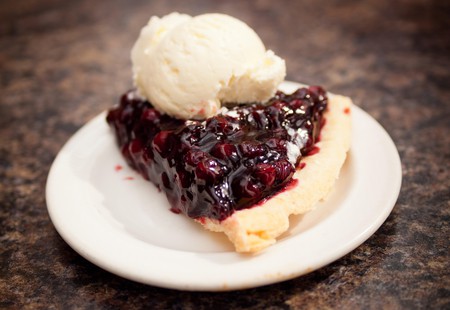 Taffy may be a simple confection but the pure taste of maple in a maple taffy is irresistible. This chewy sweet may get stuck to your teeth, but it’s all part of the fun. Traditionally, maple taffy is made using snow: maple syrup is poured onto the snow and pulled out with a stick, making a taffy popsicle loved by kids and adults of all ages. Try Martha Stewart’s version, without the real snow, here. 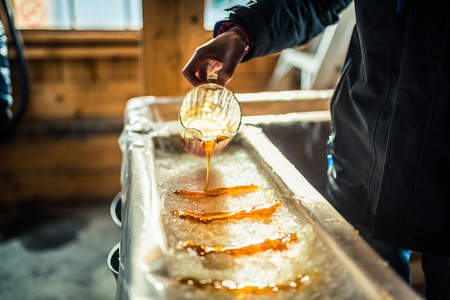