Looking at these photos, you would be excused for thinking that you have had one too many, but this really is a pink elephant.

The baby albino elephant was spotted in a herd in the Kruger National Park in South Africa, as it went to drink from a river with its mother.

Albino African elephants are an extremely rare phenomenon – even more so than among their smaller Asian cousins. 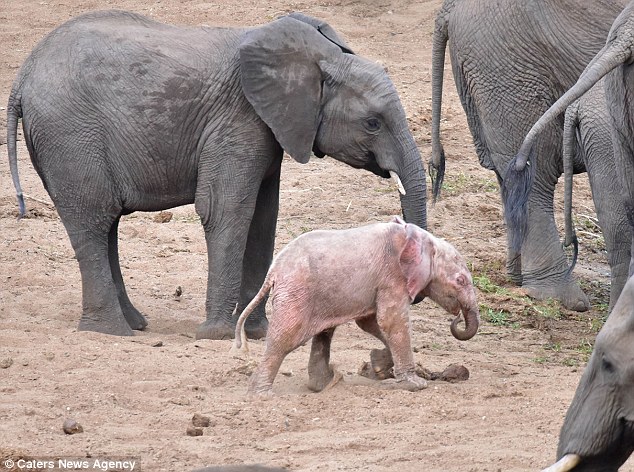 Little pinky: The calf stands out from the rest of its herd – but that may encourage others to attack it

The adorable baby albino was seen flapping its ears and playing around by the edge of the river, surrounded by its family in the herd.

The little albino calf is set to face many risks, despite being in a fairly safe environment of the national park, which may help protect it from poachers.

The lack of pigment in its skin is likely to cause skin problems due to exposure to the blazing African sun.

As within albinism in humans and other animals, it may suffer blindness later in life as its eyes are sensitive to sunlight. 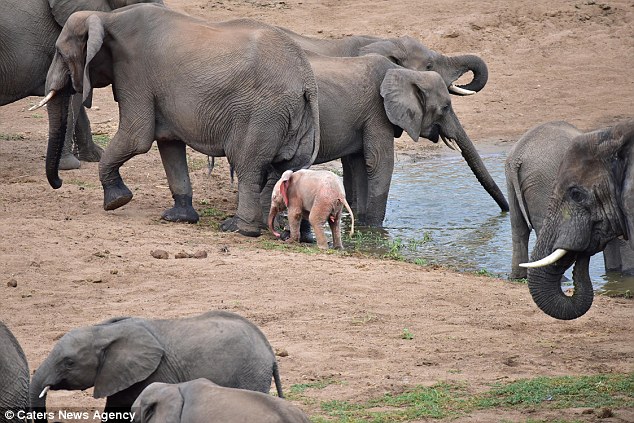 Family time: The baby stayed close to its mother while the herd drank in the Shingwedzi river 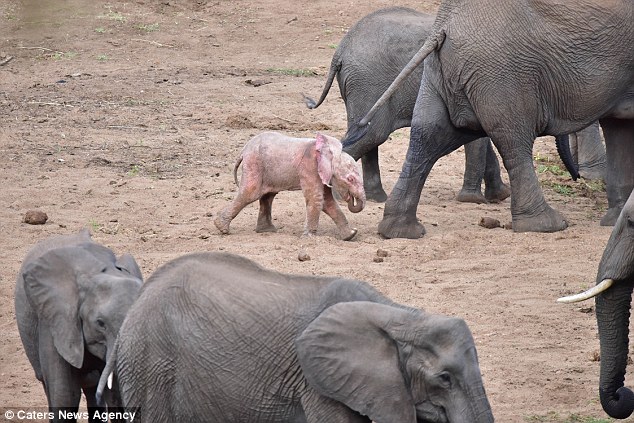 A fun day out: The adorable baby albino was seen flapping its ears and playing around by the edge of the river, surrounded by its family in the herd 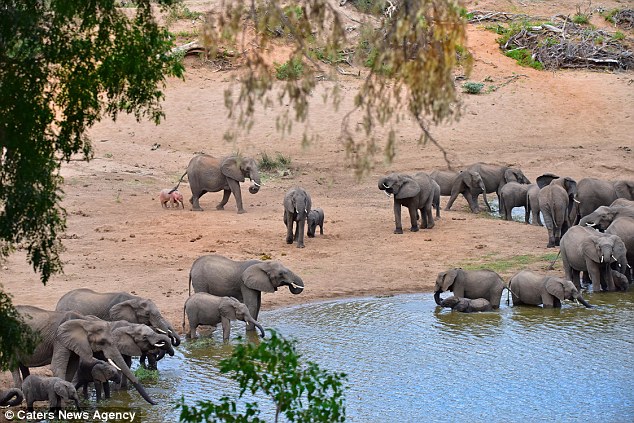 Risk: The albino will be seen as a top prize by poachers, but may be safe thanks to its surroundings, living in the Kruger National Park

The rare sighting was made by tourist Nicki Coertze, 58, while on safari with his family in Shingwedzi.

Mr. Coertze, from Polokwane, South Africa, said: ‘We were watching the elephants drinking at the Shingwedsi River when we noticed the albino elephant calf.

‘We took pictures of the elephant through the car window, I was trying to keep super still in spite of the excitement of the others in the car.

‘I was really hoping the pink elephant would play in the water a bit, and wash all the dirt off, so we could see him in all his pinkness. 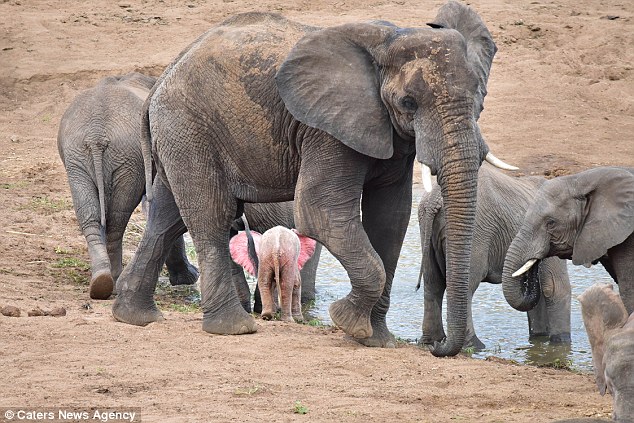 Risky life: The lack of pigment in its skin is likely to cause skin problems due to exposure to the blazing sun 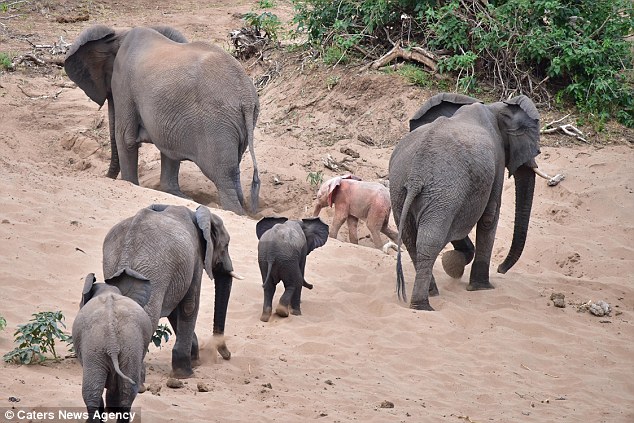 Proud Mr. Coertze, who visits the park every year, said it was the first time he had ever seen a pink elephant 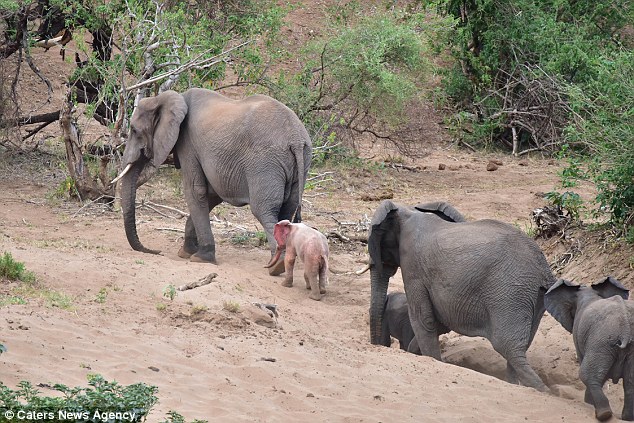 No help in sight: As within albinism in humans and other animals, it may suffer blindness later in life as its eyes are sensitive to sunlight

‘I took some lovely shots of the pink elephant. Some of the shots show is framed by the legs of another elephant, you can really see the contrast in color between the two as the calf shows off its unique pinkness beautifully.

‘I have been visiting Kruger since my early childhood, and have over the last many years being spent at least 20 to 30 days in Kruger every year.

‘I have never seen an albino elephant before.

‘And then, none of my many friends have either. So bearing that in mind, I have an idea that this is a once-in-a-lifetime sighting for me.

‘As far as the rest of the herd was concerned they seemed to just accept him in their stride.’

By: SARA MALM FOR MAILONLINE

The little elephant that lost its trunk: Fears for survival of calf spotted in the wild without a trunk