Images of Amsterdam’s much loved narrow and wonky canal houses have shaped the world’s perception of Dutch architecture. So how did we end up with the classic design of the canal house?

Even if you’ve never set foot in the Netherlands, you probably have an idea of what classic Dutch architecture looks like. That’s because along with bicycles, weed, and tulips, the image of the Dutch canal house is probably one of the first things that come to mind in association with the Netherlands.

Indeed, Dutch architecture is one reason why so many tourists flood to Amsterdam. From the extremely narrow structure to the death-defying staircases, why are these classic buildings so wonderfully weird? Here are the answers to all the questions you never knew you had.

Why are Amsterdam’s canal houses so narrow? 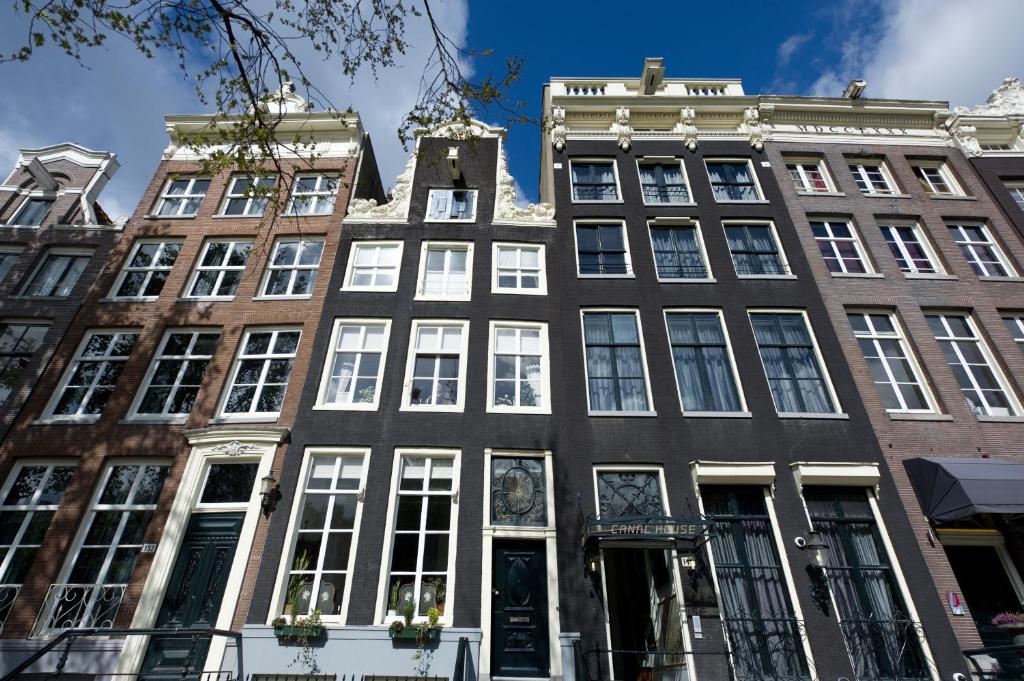 Perhaps the most striking feature of the classical Amsterdam canal house is the strangely narrow facade (front of the building). Anyone new to the Netherlands may wonder how it is that you can carry out your day in an abode the width of a Volkswagen. However, if you’re lucky enough to be invited in, you’ll find that to make up for their narrowness, the houses are usually very deep.

So why is it that the Dutch went about creating such oddly-proportioned houses? The answer is simple: they were cheaper to build. Back in the 16th century, Dutch citizens were taxed for many things, including the width of their houses. Perhaps this feeds into the stereotype of the Dutch always looking for a bargain! Architects found a solution to the issue of taxation and simply made narrow but deep houses.

Dutch staircases: the price that must be paid

However, an extremely narrow house resulted in another architectural phenomenon that is often found in Dutch households: the narrow staircase.

In my experience, the first time I faced culture shock wasn’t hearing the Dutch language, but when I found myself standing at the bottom of a very narrow and steep staircase with a heavy suitcase. My brain couldn’t comprehend how both myself and my belongings could make it to the top unscathed.

However, for many Dutchies the journey up and down such a treacherous feat of architecture is second nature because they start climbing narrow staircases from birth. It makes sense, if you are to make your house narrow and tall, you have to make the staircase proportionately thin and steep. I’m sure Dutch staircases have taken many victims throughout history, but it goes hand in hand with the awkwardly beautiful Dutch canal houses, so we can’t be too mad at it.

The hoisting hook: quintessential to the Amsterdam experience 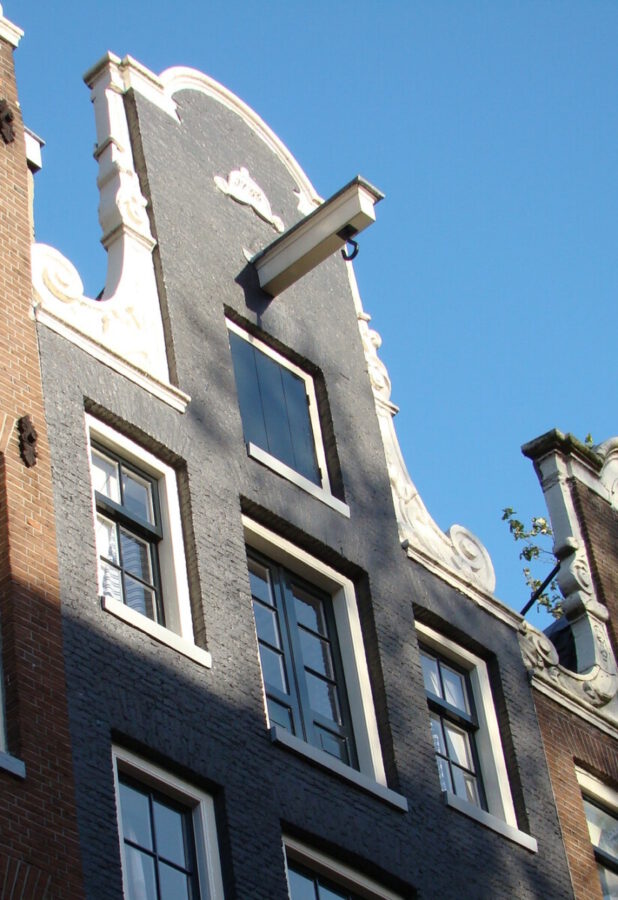 Apart from its hazardous nature, the second issue that many people have with narrow and steep staircases is when they are trying to move furniture in or out of the building. Those of us who have lived in these houses know the struggle of finding furniture that is nice, cheap and most importantly — transportable. Sometimes, the only way an item of furniture is making it up the stairs is in pieces.

How did the Dutch manage in a time when furniture couldn’t be bought in flatpack form from Ikea? The answer is the hoisting hook.

You may have noticed these hooks on the side of Dutch houses during a stroll along the Amsterdam canals. “What on earth could this be for?” you may have wondered. Well, the answer is tied to the narrow nature of these houses. If furniture or goods can’t fit up the stairs, they can be hoisted up from the outside of the building and brought in through the windows. It’s believed that this is also why Dutch windows are so large.

Why are Dutch canal houses so crooked? 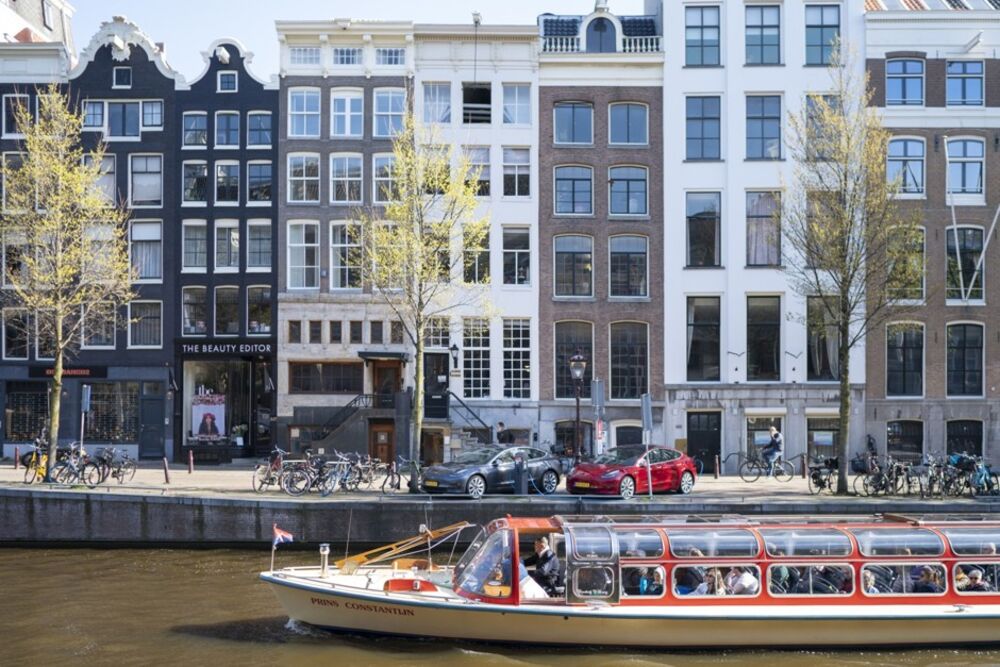 You may have noticed that some buildings have a characteristic tilt to them. While it is certainly charming you might be wondering what this could mean for their structural integrity. Believe it or not, if the house is leaning forward (Pisa style), this was completely intentional (unlike Pisa).

This relates back to the hoisting hook. As you can imagine, the act of heaving furniture up into a building is an awkward affair, so the buildings were made tilting forward to avoid structural damage during the process of lifting heavy furniture (no one wants a sofa crashing through the bedroom window). Another advantage to a forward-leaning facade is that it allows for more space inside the house, thus making up for the narrow structure.

However, if you noticed that certain houses appear to be leaning on each other for balance…that’s not intentional. Many historic Dutch houses, especially those in Amsterdam, were built on wooden poles that were sunk deep into the sandy marsh that od the Dutch landscape. Over time, due to changes in water levels and general ageing, some of these poles began to rot, leading to some of the houses tilting sideways. When the metro line was built, houses on a particular street in Amsterdam began to sink due to its construction.

Renovations also play a role in this quirky tilting. If one house in a row undergoes structural changes, the supporting poles shift which causes some canal houses to lean against each. This is why you may see poor corner houses struggling the most as they don’t have a neighbour to lean on!

Amsterdam canal houses: a thing of beauty? Or highly impractical?

For example, a canal house may not age well in the future given its wooden support beams, unless you’re willing to invest in a new foundation. The ever-increasingly hot summers make people aware of the issue of heat control. That being said, I can’t quite imagine the Netherlands without these wonky wonders. Check out some stunning photos of Amsterdam and bask in their beauty!

Why Amsterdam Is Ashamed of Its Budget Tourists