The Netherlands is full of stunning forests, perfect to get into some Dutch nature. A leisurely walk around a forest in Holland is the ideal way to relax, breathe, and see insects, birds, and animals.

Better still, forests in the Netherlands can be experienced all year round. Visit in the summer to cool down, in the autumn to see the stunning foliage change, in the winter when there is frost (or snow!), and in the spring to hear the birds.

In this article, we’ve selected our eight favorite forests in the Netherlands. They’re all worth a visit, but for different reasons. You might fancy a long hike through the woods one day, or a relaxing afternoon sitting by a pond in the middle of a forest another day: either way, this article has something for every forest lover.

8. Veluwe National Park: the largest forest in the Netherlands 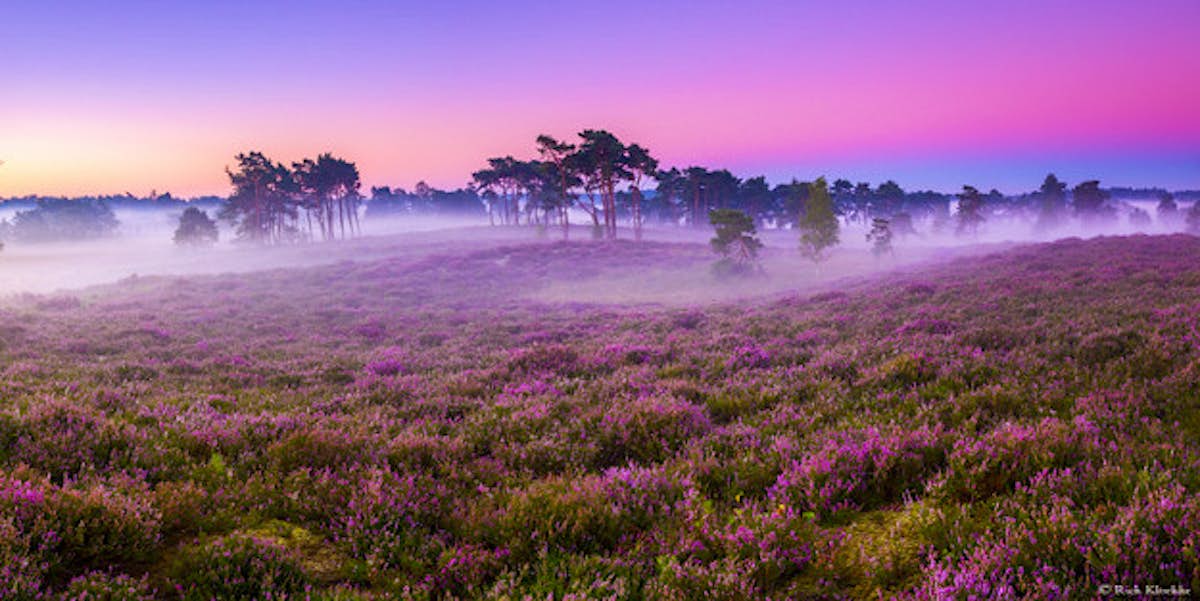 This is the oldest national park in the Netherlands, and honestly, also the best. It’s located in Gelderland and was formed during the last ice age, so its landscapes have been created by glaciers.

It’s a haven for wildlife, the type of place you wouldn’t really believe could exist in the Netherlands. Not only can you find your usual fungi, insects, and birds, but also wild horses and deer. There are lots of trees here, but also open spaces, so you really get variety. The park is big enough for you to take day-long hikes in it. 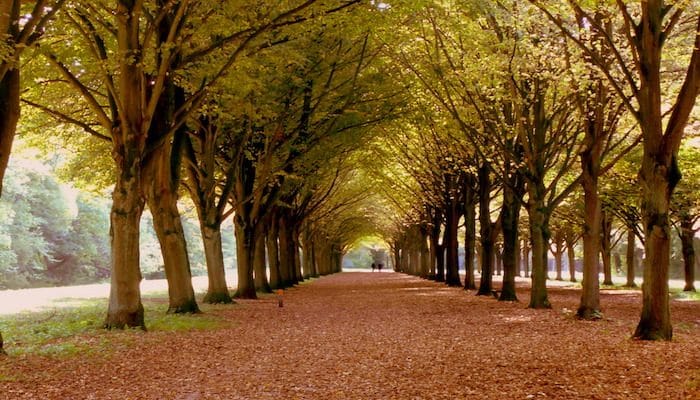 The Amsterdamse Bos is one of the largest city parks in Europe, covering almost 1000 hectares. As the name would suggest, it’s situated just a bit south of Amsterdam Centraal, and can be easily reached from the city centre by bike, tram or metro.

It has a huge amount of wildlife, as well as over 150 species of indigenous trees. I think a lot of us forget what Dutch nature looks like, as so much of the country is urbanised. But heading over to the Amsterdam Bos after a day in the city is, both literally and figuratively, a breath of fresh air. 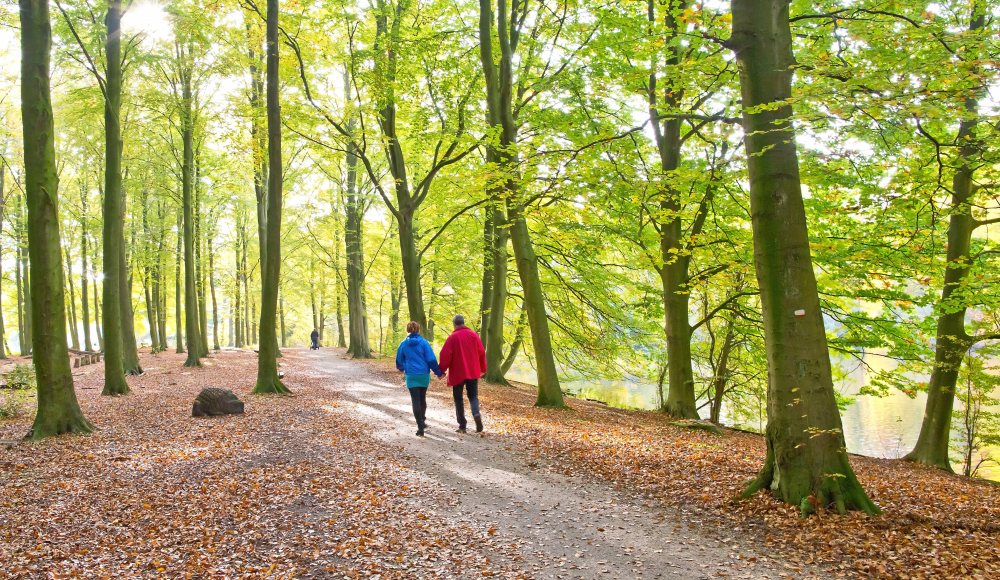 Again, you wouldn’t expect a forest slap-bang in the middle of a city, but the Haagse Bos is right in the centre of The Hague, and stretches from Den Haag Centraal almost to the seafront. It’s a very historic place: during WWII, the Germans used it to launch their V1 and V2 rockets. The Allies tried to bomb the forest but accidentally got the nearby Bezuidenhout instead.

The forest is perfect to walk, jog or cycle in, and it also has lots of nice spots where you can sit down and have a picnic, or read a book. It also has some big ponds that are crisscrossed by bridges.

Right between the centre of Tilburg and the Reeshof lies the gorgeous Wandelbos. Tilburg has loads of nature on offer, but if we had to choose, the Wandelbos would have to be our favourite wooded spot in this area. This is the perfect family location, with picnic benches for an outdoor lunch, and hiking trails of varying lengths. There’s also plenty of waterside spots to relax, which as you may have noticed, we have quite the soft spot for.

4. The Mastbos: Breda’s forest with a backstory

Stepping again outside of the Randstad, the Mastbos is situated in Brabant, near the pretty city of Breda. This forest is 500 years old, with loads of beautiful mature trees. Like the Haagse Bos, this woodland has lots of little lakes for you to relax by. It also has a nearby castle called Bouvigne, so if you’re planning on visiting this forest, then you might as well plan in a little castle trip as well.

Oh, and if you’re wondering where the name “Mastbos” comes from, here’s the story: the tallest trees in this forest used to be used to build masts for ships. 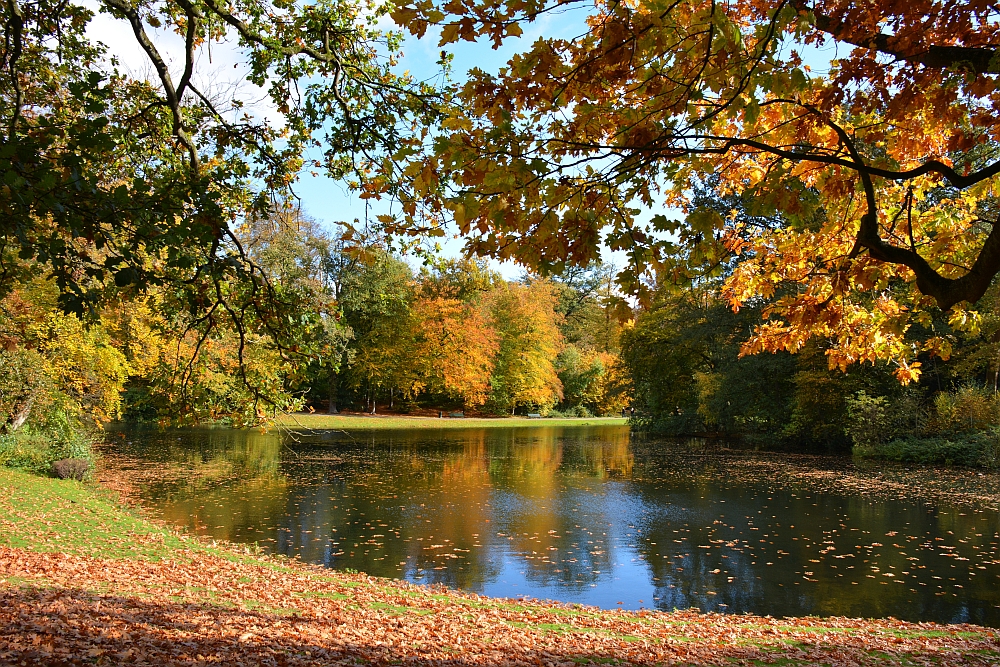 All forests are magical, but Park Sonsbeek feels like something straight out of a fairytale. As the Netherlands is pretty flat, waterfalls are few and far between in this country. But Park Sonsbeek has a beautiful meandering stream that bubbles over several waterfalls.

It’s also quite near to Veluwe National Park, so if you’re looking for a nature-centered holiday, then finding a spot near these two parks is definitely not a bad idea. There are often art exhibits in Park Sonsbeek, so keep your eyes open for those while you visit as well.

2. Utrechtse Heuvelrug National Park: the natural landscape of the Netherlands

The Utrechtse Heuvelrug is another stunning landscape created by glaciers about 150,000 years ago. The glaciers deposited sand as they moved across the landscape, and that sand became the rolling hills we can see at the Utrechtse Heuvelrug park today. Heuvelrug translates to “hill ridge”, so if you’re craving a (gentle) uphill hike, then this is the spot to head to. If you’re from a country with actual mountains, these hills probably won’t look like much to you, but once you’ve lived in the Netherlands for a few years, you’ll take what you can get. 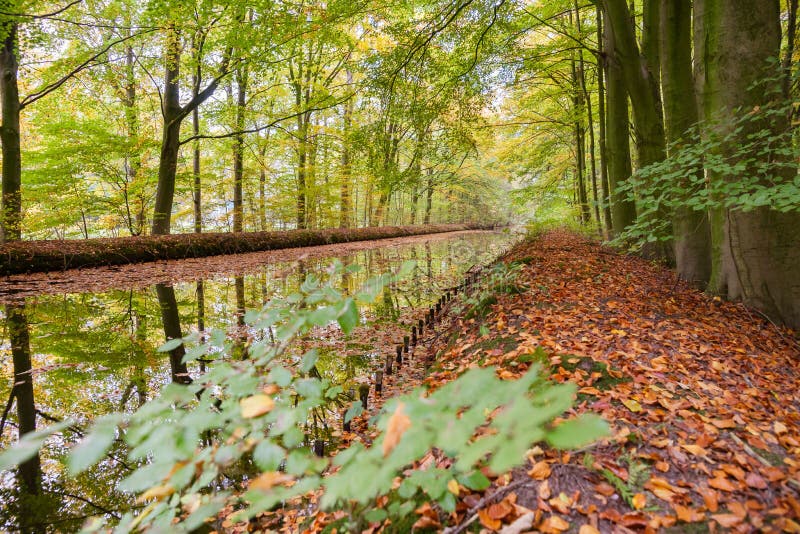 The Waterloopbos is a stunning forest, but like the Haagse Bos, it’s also worth visiting for its history. Between the 1950s and the 1990s, the Waterloopbos was actually the location of the Dutch water laboratory. The laboratory used scale models to figure out the effects of water currents and the best place for a port or a harbour.

Now, the laboratory is gone, but the models remain. They’re magically overgrown with plants, and the mix of shadow from the trees and running water makes this an excellent spot to go dragonfly watching in the summer months.