New Zealand is consistently voted as one of the most beautiful, varied and dramatic places in the world when it comes to scenery and landscapes. This accounts for the numerous camper-vans you’ll see zipping through scenic roads, pulling up every now and again to take in some spectacular vista. However, there’s another great way to see the country and that is by rail. Here is our guide to the five most beautiful train journeys in Aotearoa. 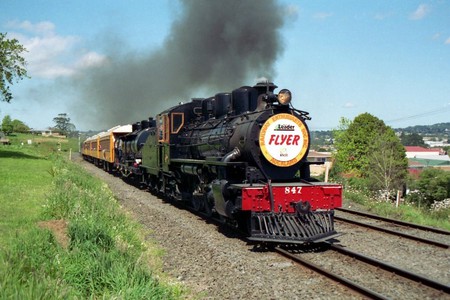 Convenience-wise you’re going to find it hard to beat the Marlborough Flyer for pure ease of transport. This trail starts off in Picton at the top of the South Island, the port of which is connected to Wellington by the Interislander ferry service. So if you’re tripping through New Zealand from top to bottom, this train is the easy and logical next step if you want to cruise in comfort. It actually leaves from the ferry terminal, meaning stress is kept to an absolute minimum. A new steam-hauled service began in December 2017 over the 19 miles (30km) to Blenheim – a lovely little city that is very much worth exploring. The train uses historic carriages and a 1915-built locomotive to reach Blenheim for wine tours and the Omaka Aviation Heritage Centre. This contains the collection of First World War aircraft set up by Lord of the Rings trilogy director Sir Peter Jackson as well as a Second World War collection with the only flyable Avro Anson and a Griffon-powered Spitfire. 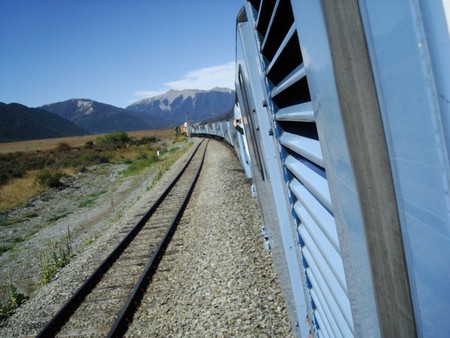 This is an east-to-west journey by rail, linking the eastern city of Christchurch with western Greymouth. You already know that a railway that crosses the Southern Alps is going to have the sort of scenery that’ll leave your battery in your camera depleted in a matter of seconds. The section through the Waimakariri Gorge is the highlight of the journey, as the train burrows through 16 tunnels and crosses five viaducts with snow-covered mountains in the distance. This journey is a 10-hour return trip so it’s perfect if you want to head over to Greymouth and the stunning West Coast for a few days and then return to Christchurch and its international airport. If you’re worried about sustenance on the journey then fear not, there is a splendid buffet car to keep you happily fed and watered. 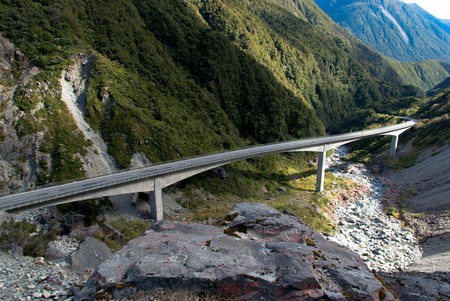 This is just the rail journey that anyone who counts themselves as a keen photographer needs to take. The Twenties carriages have open balconies so photographers can take unobstructed pictures of the landscape, and there is a buffet car and shop on board for when you need a rest from clicking away on that shutter button. And you will be doing a lot of that because this train runs through some pretty awe-inspiring country. For most of its length, it twists and turns through a spectacularly deep gorge, leaping across vertiginous defiles on lattice viaducts and clinging to ledges in the hillsides. Most trains run as far as Pukerangi, but on certain days they reach Middlemarch, the eastern end of the Rail Trail. The northern end of the Rail Trail is also one of New Zealand‘s most popular long-distance cycle routes. 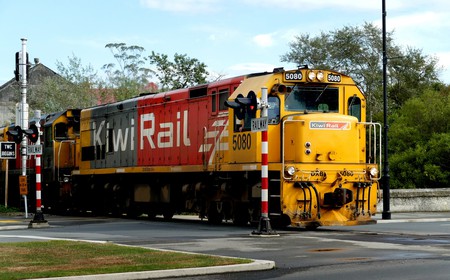 This is probably the most modern and comfortable rail journey in New Zealand. The Northern Explorer carriages have an advanced airbag suspension system for quieter and smoother travel as well as un-tinted, non-reflective, panoramic side and roof windows to capture the dramatic coastal and mountain views of the magnificent North Island. It also features GPS-triggered journey commentary in five languages at your seat via headphones, information displays and overhead HD video, plus central heating and air conditioning for passenger comfort. This is scenic rail travel for the 21st century. This 10-hour ride between Auckland and Wellington will see you take in the sights of New Zealand farmland and rugged bush landscapes. You’ll then ascend up the world-famous Raurimu Spiral to the volcanic plateau, passing the majestic volcanoes of Mt Tongariro, Mt Ngauruhoe, and Mt Ruapehu – home of the North Island ski fields – then descend again through stunning river gorges to the farming landscapes and rocky seascapes of the lower North Island. 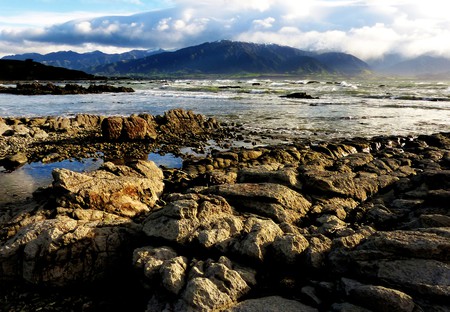 However, it will be back, so if you’re a railway nut or like the idea of seeing a bit of the South Island by rail, then don’t despair and consider this journey as it’s a thumping good one. The Coastal Pacific train operates between the delightful port of Picton, the gateway to the beautiful Marlborough Sounds, and Kaikoura, the home of whale watching, as well as onto Christchurch, the South Island’s largest city. This means that, if you’re feeling like life on the rails is for you, you can hop straight on the train at Christchurch and catch the TranzAlpine as described above. The Coastal Pacific takes you through the wine-growing region of Blenheim and through to the rugged Kaikoura mountain ranges on one side of your train. The Pacific Ocean coastline is on the other side with views of marine wildlife such as seals and penguins. You’ll also get to see some of New Zealand’s finest horticultural and farmland areas of the Canterbury Plains – all from the comfort of your carriage.