The 7.7 million square kilometers of the Australian continent have been home to 600 Aboriginal and Torres Strait Islander nations over the past 60,000 years, meaning the territory is covered with places that carry enormous significance in Indigenous folklore. Here are 11 of the most important.

‘The Rock’ is, without doubt, the most sacred site in Aboriginal folklore. So sacred, in fact, that the government is banning visitors from climbing Uluru as of October next year. The hulking sandstone monolith has hosted Indigenous ceremonies for more than 10,000 years and the local Anangu community believes ancestral beings continue to live on at the site. 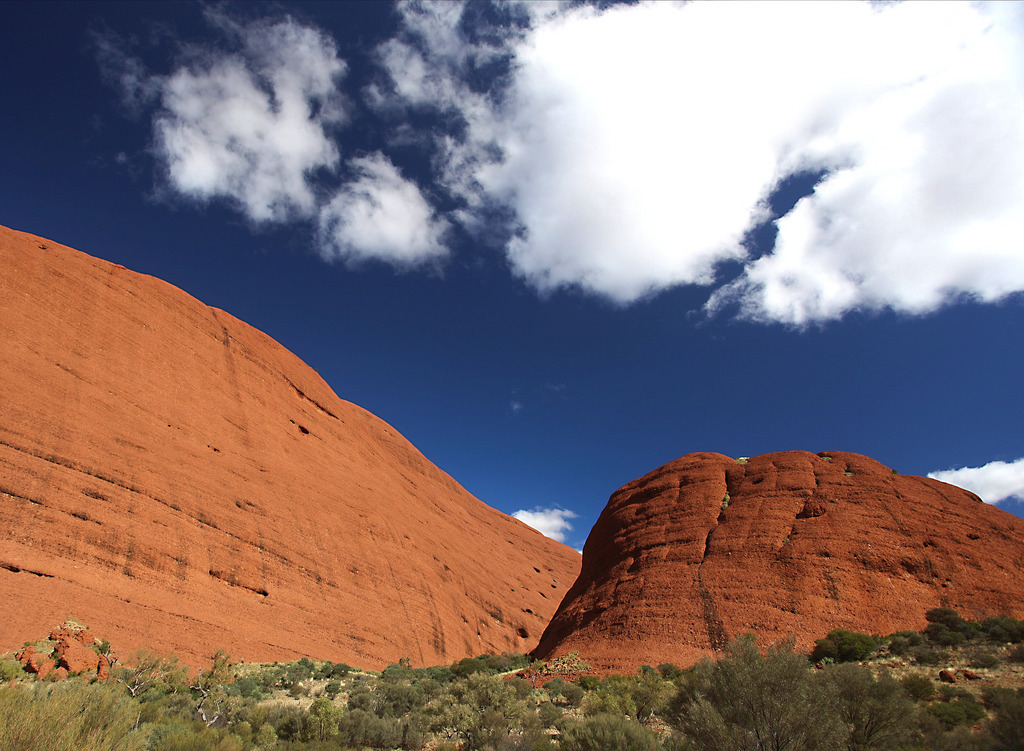 Also situated within the Uluru-Kata Tjuta National Park is another rock formation that carries spiritual significance for Indigenous people. Kata Tjuta – sometimes known by their English name, the Olgas – is a series of 36 boulders dotted across the ochre-red Central Australian landscape. The domes are shrouded in mysterious Aboriginal myths, including one Dreaming legend about a snake king named Wanambi who lived on the summit of Mount Olga. 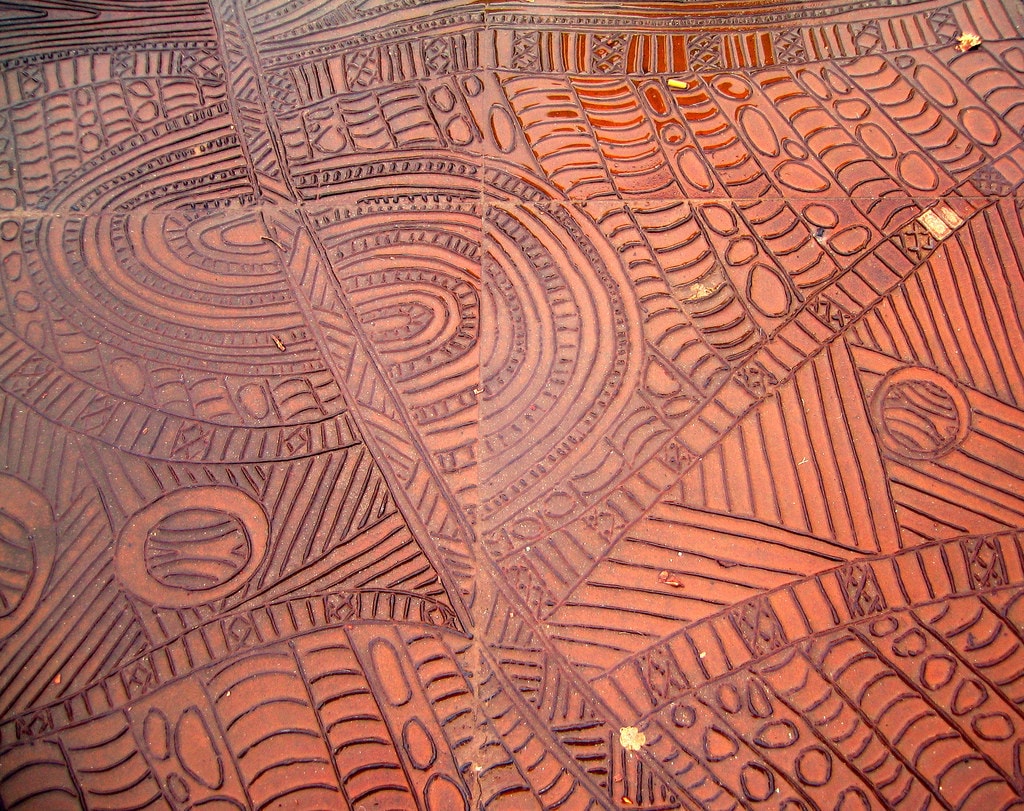 Not all sacred places in Indigenous folklore are situated way out in the Australian outback, as proved by this traditional meeting place in the heart of Melbourne’s inner city. Birrarung Marr on the banks of the Yarra River is a significant ceremonial site for the resident Indigenous population. ‘Many Victorian Aboriginal language groups came together when the eels were migrating and also to perform Tanderrum, a large gathering of celebration’, explained Wurundjeri woman Mandy Nicholson. 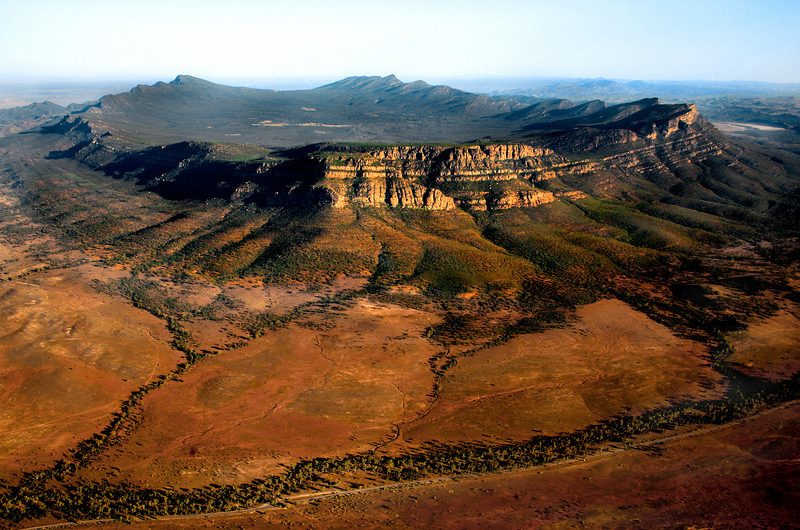 Called ‘meeting place’ in the regional Adnyamathanha language, Yura Muda folklore believes that Wilpena Pound was created by two Dreaming serpents who ate so many people during a celebration that they became unable to move, their stricken bodies forming this vast mountain range. This 800-million-year-old natural amphitheatre is the highlight of South Australia’s Flinders Ranges, about five hours drive north of Adelaide. 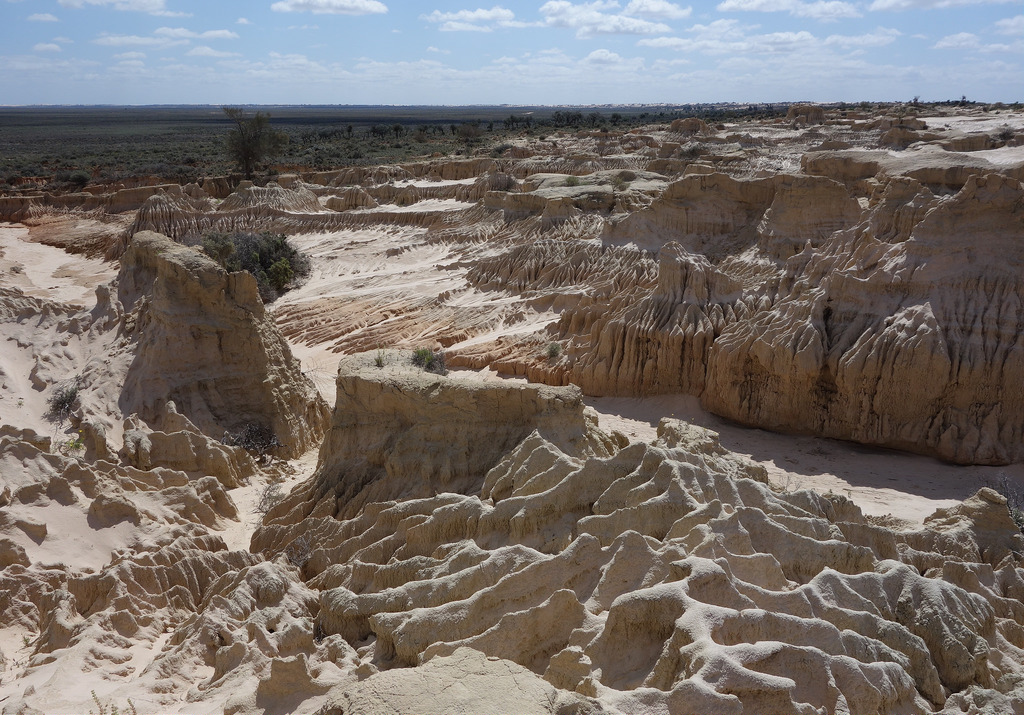 The cremated remains of the Mungo Lady and the Mungo Man 50 years ago were a landmark archaeological discovery, proving that Indigenous people had inhabited the Australian continent for more than 40,000 years. The oldest ritual burial site on the face of the Earth, the UNESCO Heritage Listed dunes of Lake Mungo dried up millennia ago, fossilizing evidence of ancient Aboriginal civilisation in the remote southwest of New South Wales.

This swimming hole near Cairns owes its name to an Aboriginal legend about a young lady named Oolana, a runaway bride who leapt to her death at this sacred site when she was stopped from marrying her, one true love. The story goes that she’s seduced men into a watery grave ever since – the pool has claimed 17 lives since 1959, and bears the eerie epitaph ‘He came for a visit… and stayed forever’. 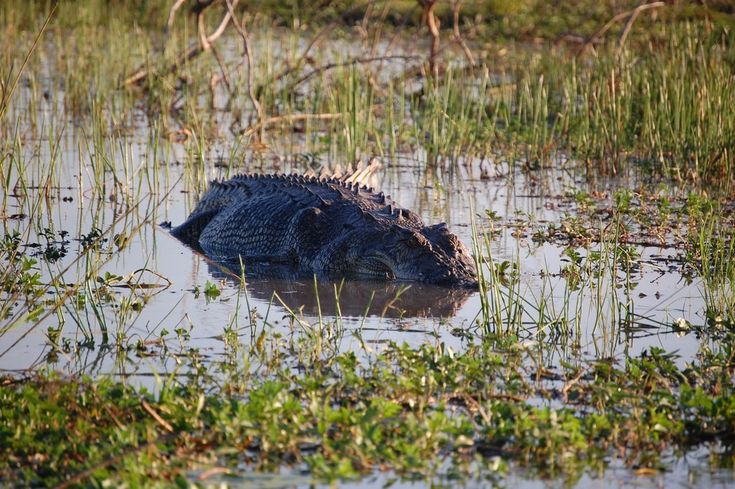 The Yolngu people have called this northeast corner of the Northern Territory home for more than 60,000 years, so there’s rich Indigenous history all across this untamed terrain. Importantly, Arnhem Land is the birthplace of the didgeridoo and is also brimming with Dreaming stories, including one about a family feud that ended up with the creation of the jabiru (stork) and the emu. 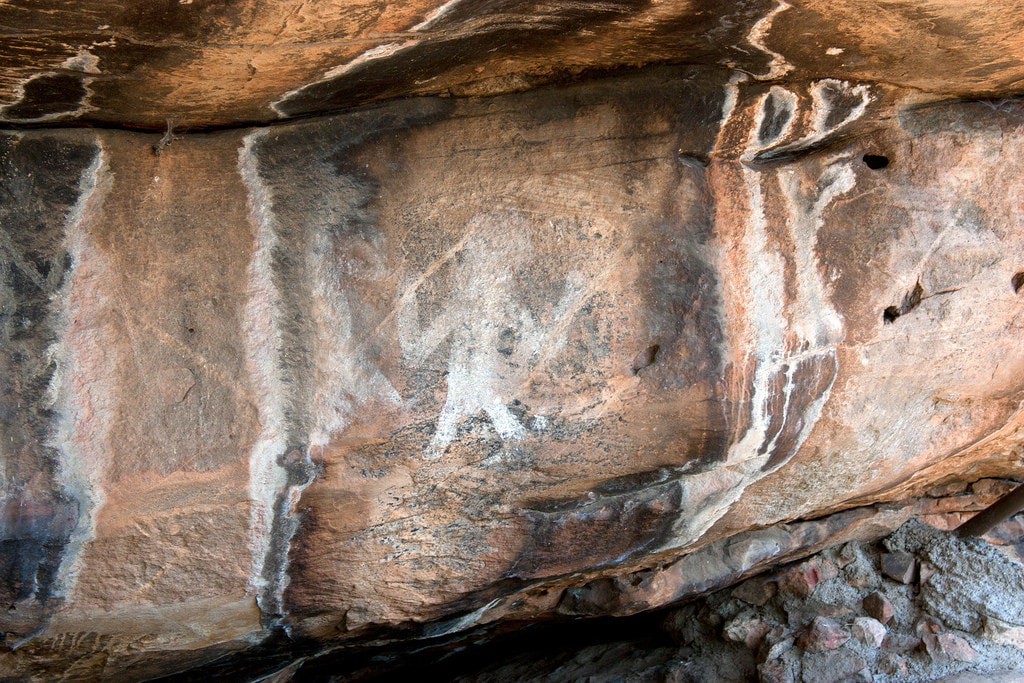 90% of all the Aboriginal rock art in the entire state of Victoria is located in the Grampians, a leafy national park three hours’ drive west of Melbourne. Learn a little more about Indigenous folklore at the Brambuk Cultural Centre in Halls Gap before bushwalking your way around the Grampians’ colourful rock art sites, including the Manja and Billimina shelters in the Western Grampians and Ngamadjidj and 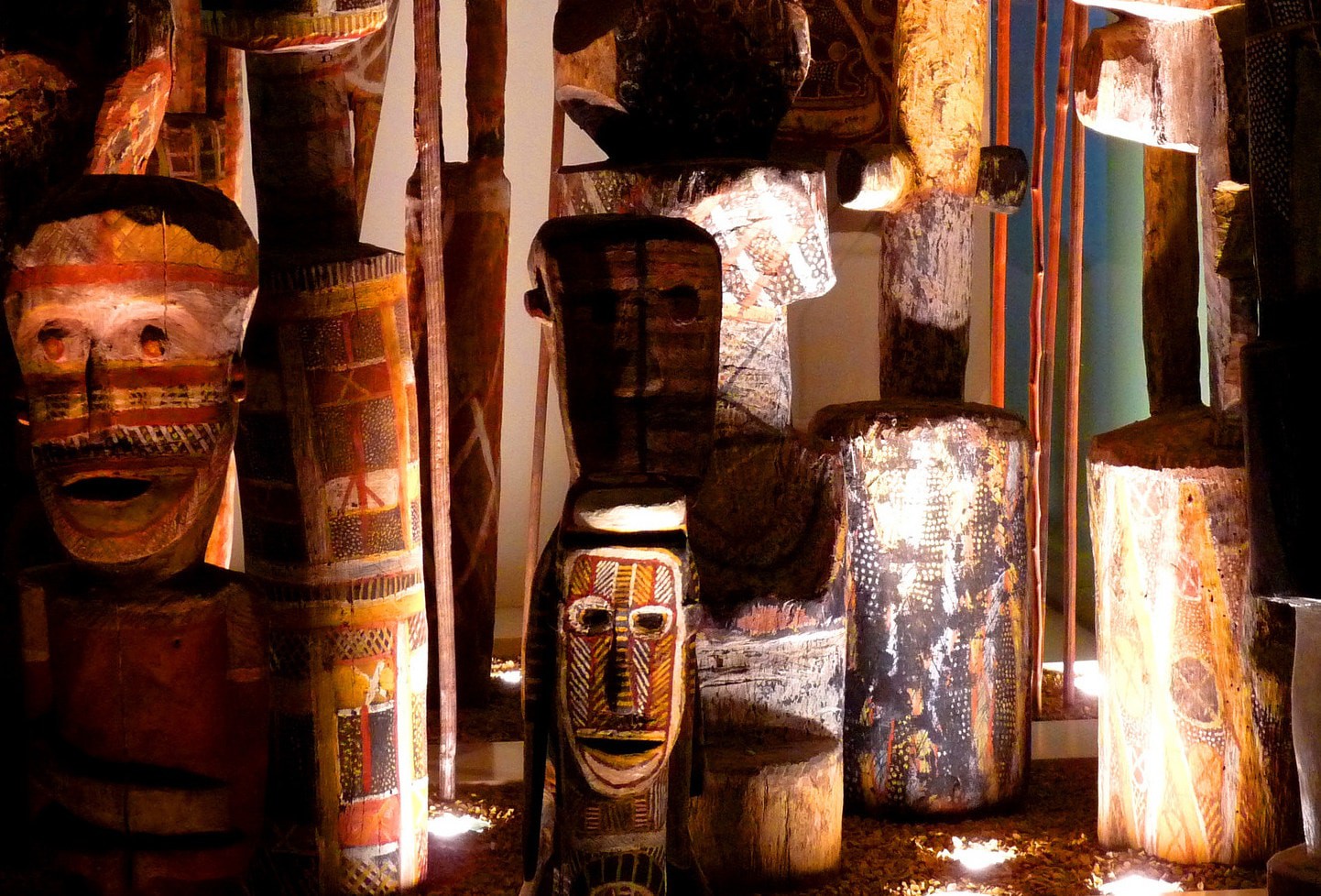 While many Indigenous artefacts are found in the Australian bush, the South Australian Museum preserves plenty within their four walls in the middle of Adelaide. The museum curates the largest collection of Aboriginal cultural items anywhere in the country, with paintings, boomerangs, shields, weapons, and even the only surviving intact bark canoe dotted across the five floors of exhibition space. 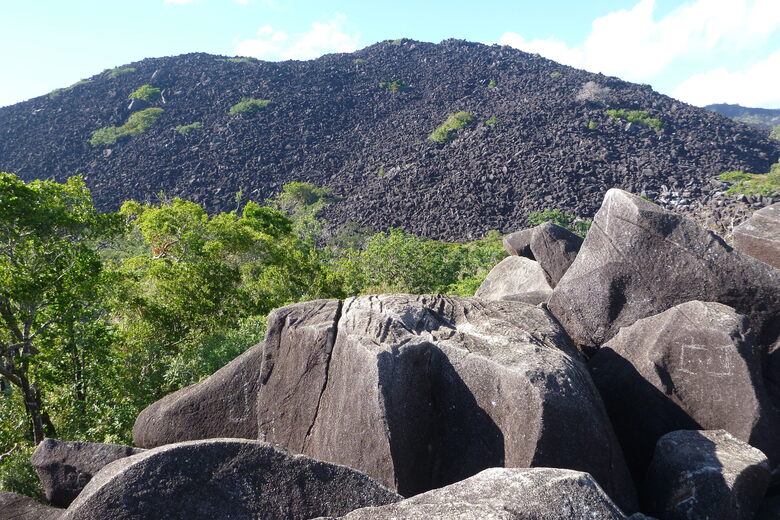 As if the name ‘Black Mountain’ wasn’t ominous enough, the Aboriginal name Kalkajaka translates to ‘place of the spear’ in English. This otherworldly mound of black granite boulders in tropical North Queensland includes four sites of religious significance to the Kuku Nyungkal people: Kambi (a cave where flying foxes are found), Julbanu (a rock shaped like a kangaroo), Birmba (stone cockatoos call home), and the spooky taboo place of Yirrmbal. 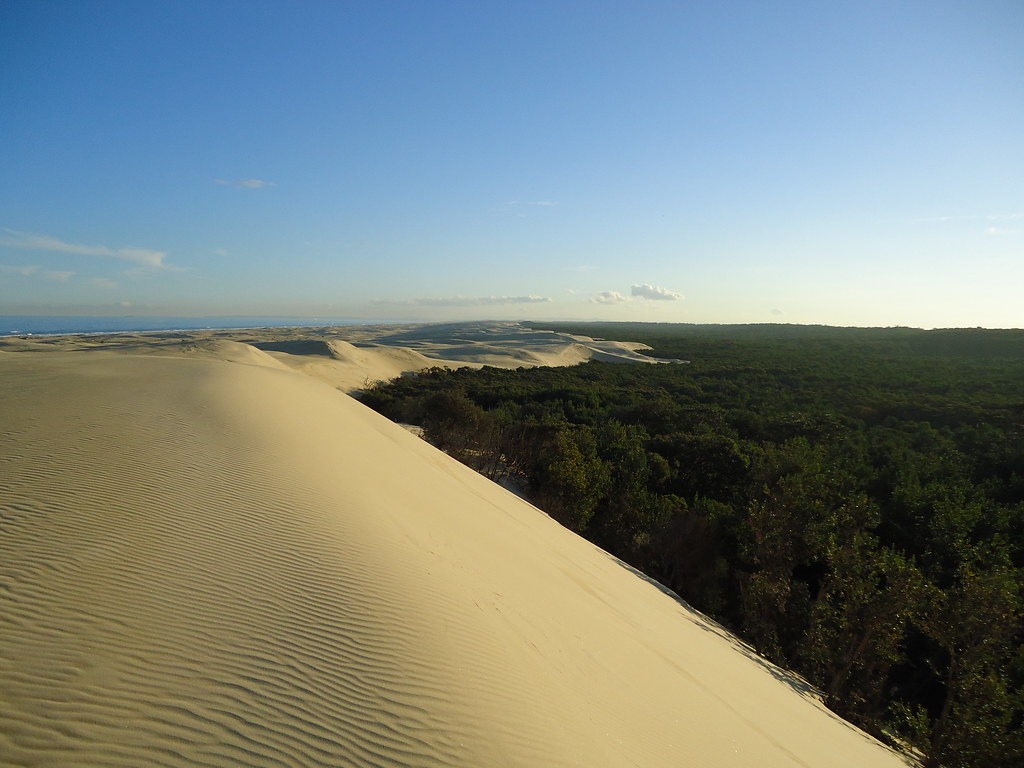 Stockton Beach across the harbour from Newcastle boasts the largest sand dunes in the Southern Hemisphere, towering 40 metres high. But the significance to Aboriginal folklore lies in the 12,000-year-old shell middens, rich in cultural artefacts. Hop on an Indigenous tour of the sacred site to learn more about the Worimi Conservation Lands.

22 Natural Wonders in Australia That Will Take Your Breath Away