There are some truly stunning towns, villages, and cities in Friesland, ranging from charming coastal communities like West-Terschelling or Wierum, to larger, architecturally stunning settlements like Sneek, or the province’s capital Leeuwarden. We’ve rounded up 10 of the most beautiful towns in the province to explore. 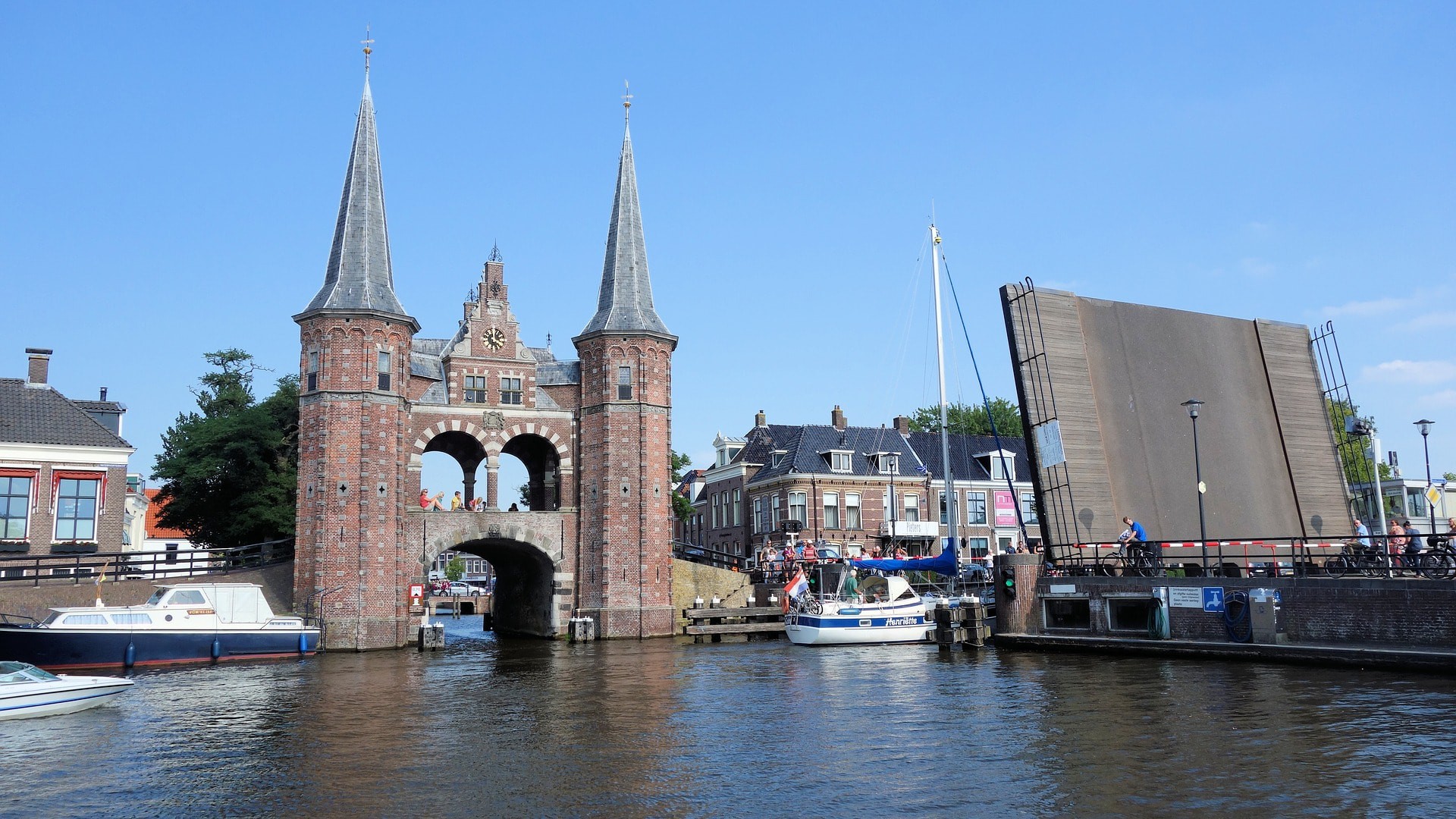 Sneek was founded in the 10th century and served as an important trading hub for many years. Like other mercantile cities in the Netherlands, Sneek features a canal belt that was built in order to facilitate water traffic flowing through the city. These waterways lead onto Sneek’s most iconic landmark: the Waterpoort, a Mannerist-style gatehouse with two pointed turrets. 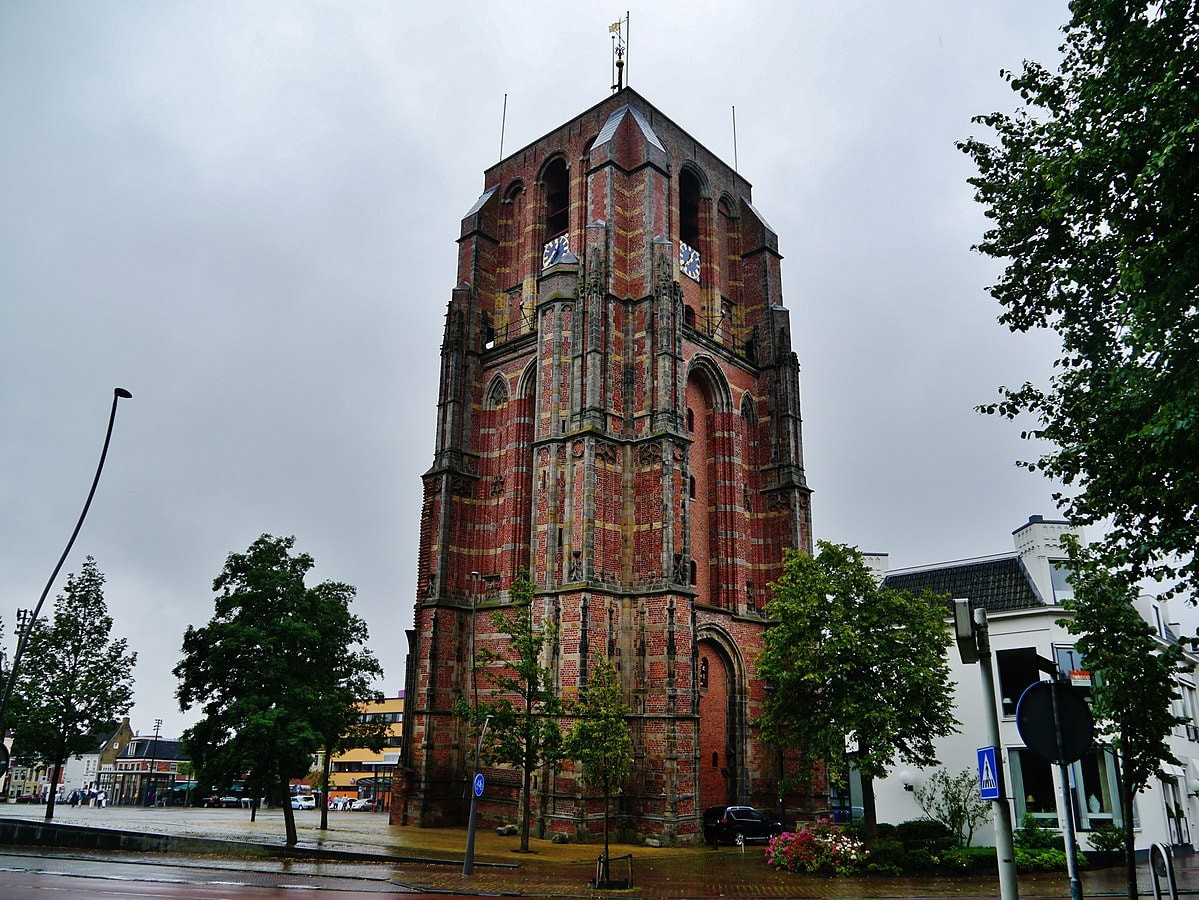 Friesland’s provincial capital, Leeuwarden has been inhabited for well over a millennium and contains numerous architectural gems created during the Middle Ages, Renaissance, and Modernity. Its ancient city center features many iconic buildings that reflect Leeuwarden’s long history, including the Oldehove Tower, which was completed in the 16th century, and more modern landmarks, like the 19th-century (former) gaol Blokhuispoort, or the Art Deco pharmacy Centraal Apotheek. 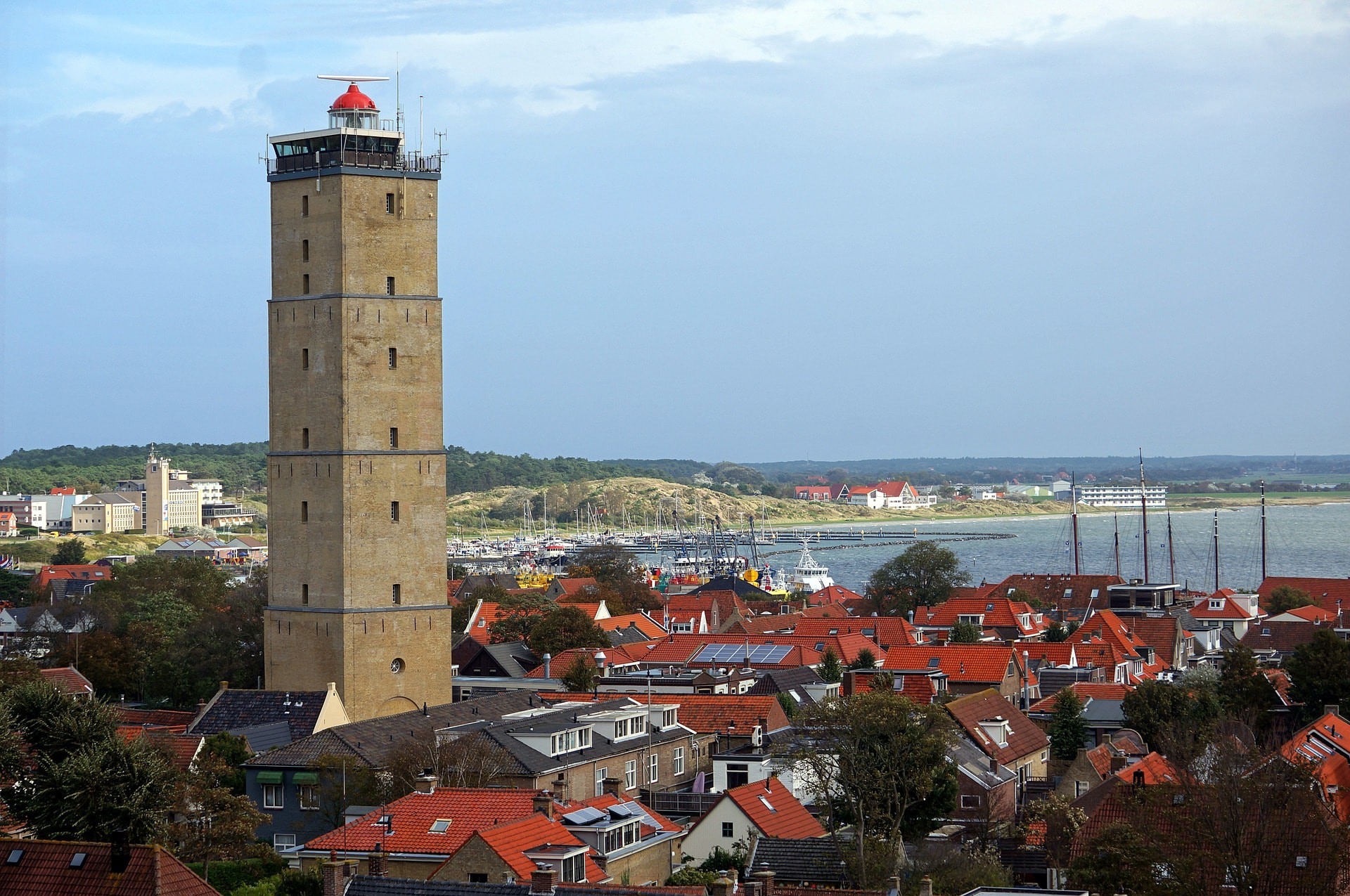 This picturesque, coastal village serves as the county seat of Terschelling Island. A stunning, multi-tiered lighthouse called Brandaris stands in the center of the village and has watched over Terschelling’s shores since the 16th century. The village is surrounded by grassy dune lands and looks out onto the Wadden Sea – an area that’s protected by UNESCO as a World Heritage Site. 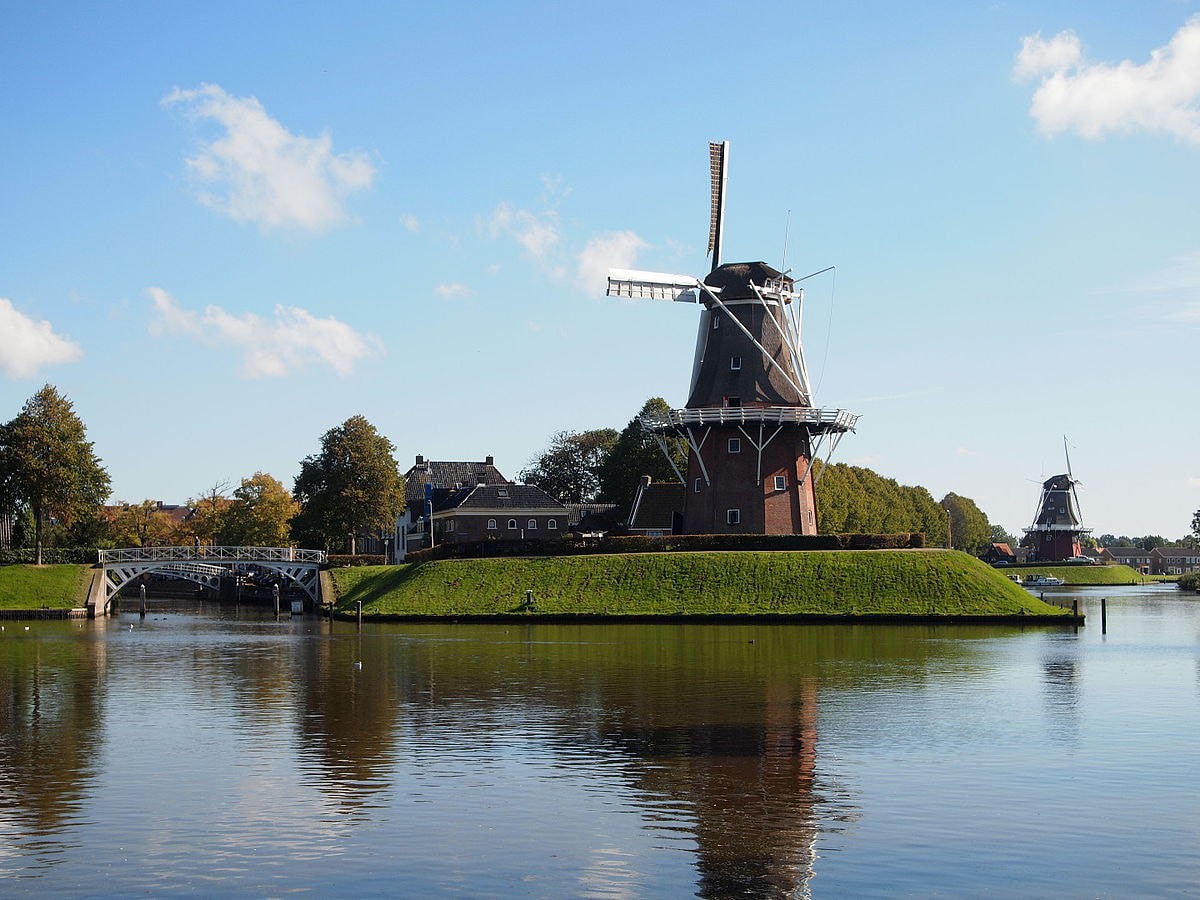 Dokkum’s fortified town walls are among the most well-preserved structures of their kind in the Netherlands and follow a star-shaped canal that circles the city’s historic centre. In springtime, thousands of tulips burst into full bloom in gardens along with these defenses, creating a stunning walking route that flows through the city. Dokkum also features two working windmills that stand on the western side of its bulwarks. 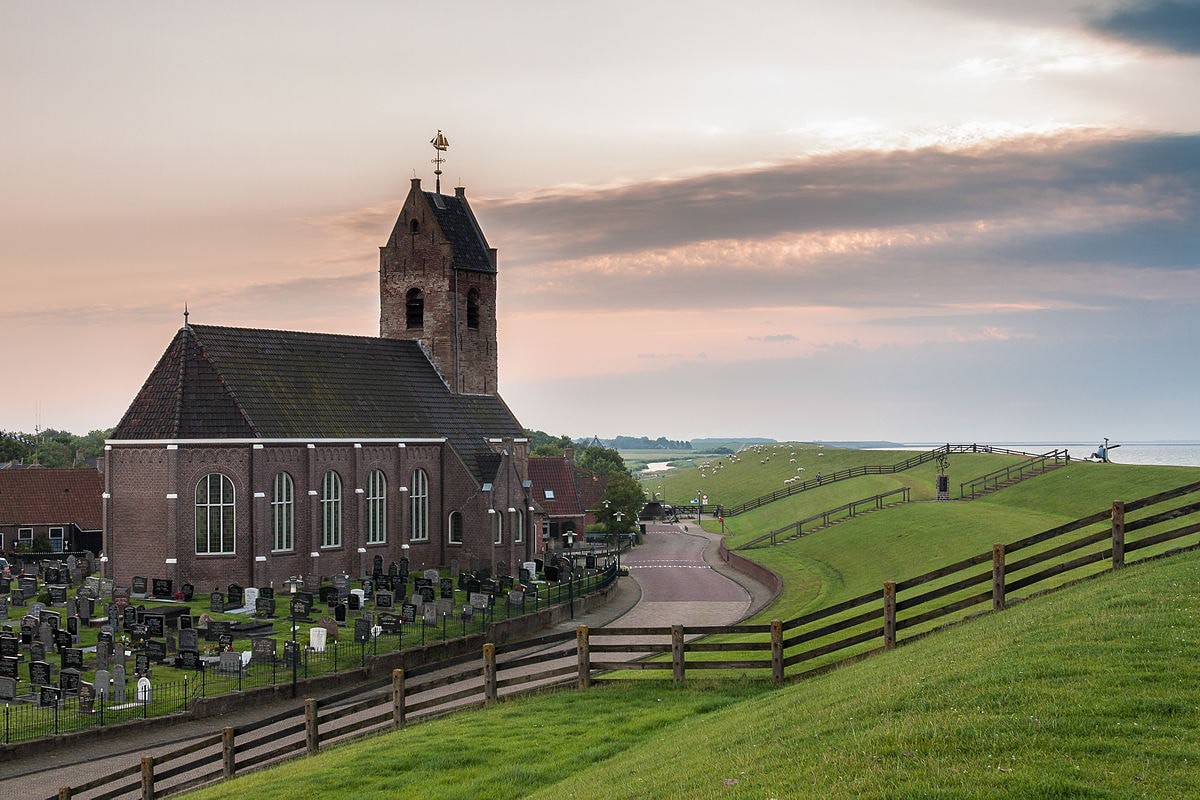 This coastal village developed around an ancient church called Mariakerk that was built on an artificial mound in the 13th century. Although the church originally stood inland, it currently overlooks Wierum’s shoreline due to floods and coastal erosion. For most of its history, Wierum’s economy revolved around fishing and there are many monuments in the village dedicated to the trade, including Mariakerk’s ship-shaped weather vane and a memorial on Wierum’s seawall honoring the memory of 22 fishermen who died at sea during a severe storm in 1893. 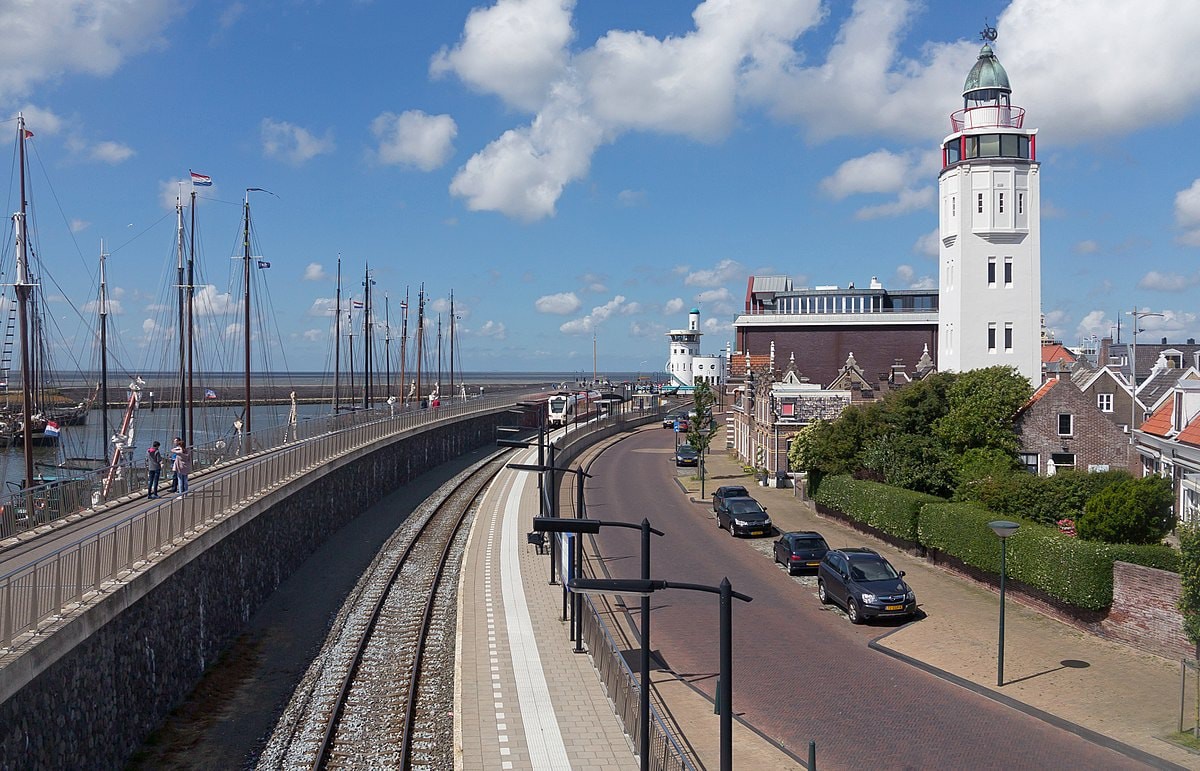 Harlingen was among the first settlements in the Netherlands to obtain city rights (1234 AD) and served as an important naval, fishing and trading hub for most of its history due to its strategic location on Friesland’s western coast. Although other Dutch port towns like Amsterdam or Rotterdam eventually became much larger than Harlingen, its docks still receive considerable trade and feature many stunning buildings that attest to Harlingen’s seafaring heritage, including a white, stone Art Deco lighthouse. 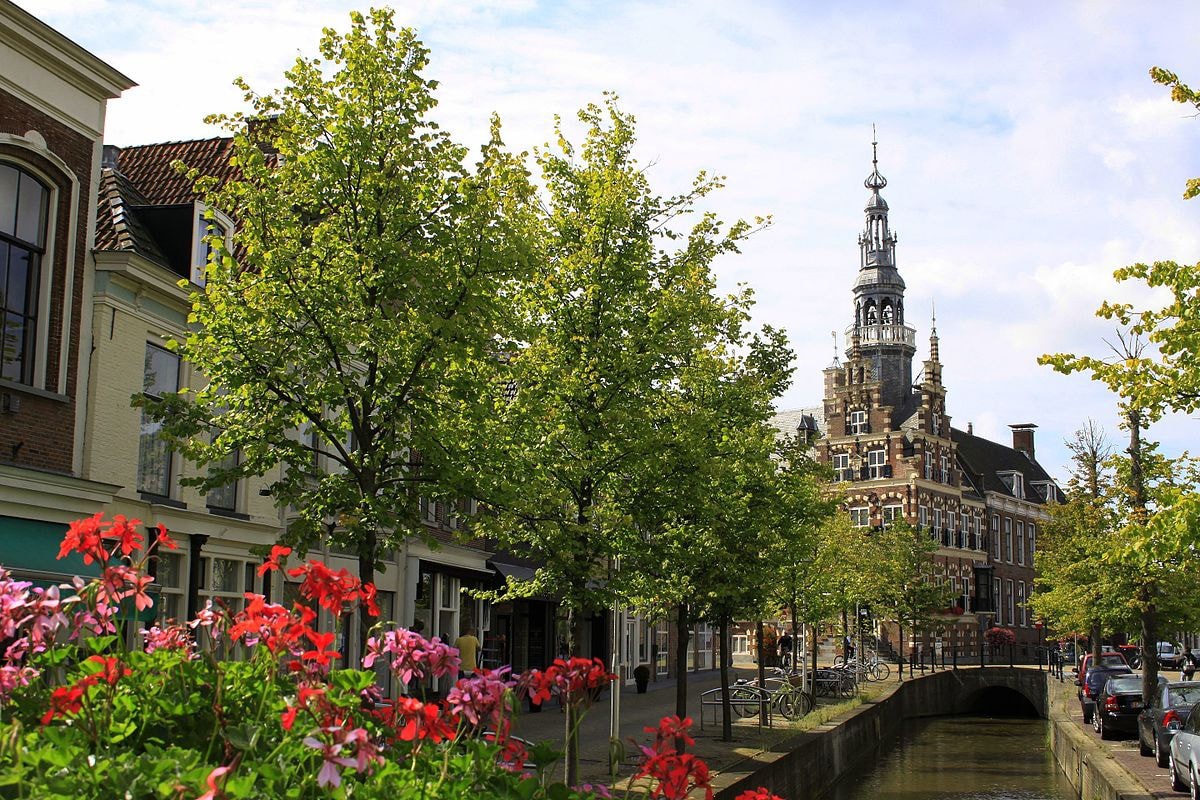 View of the Town Hall in Franeker | © Jan dijkstra / WikiCommons

Franeker was the second city in the Netherlands to establish a university, which welcomed many famous students during its existence, including French philosopher René Descartes and Prince Willem IV of Orange. Although this institute was disbanded in 1811, Franeker still features several buildings associated with the university, such as the oldest working orrery in the world, the Eise Eisinga Planetarium, and Museum Martena, which houses a large collection of academic artifacts.

Makkum lies just beneath the Afsluitdijk causeway, which connects Friesland with North Holland. Like many other towns in Friesland, Makkum grew around an ancient, artificial hill that was built in order to safeguard against the frequent floods that plagued the area until the 20th century. Over the last few decades, this seafaring town has developed into a major beach resort, due to its stunning coastline. 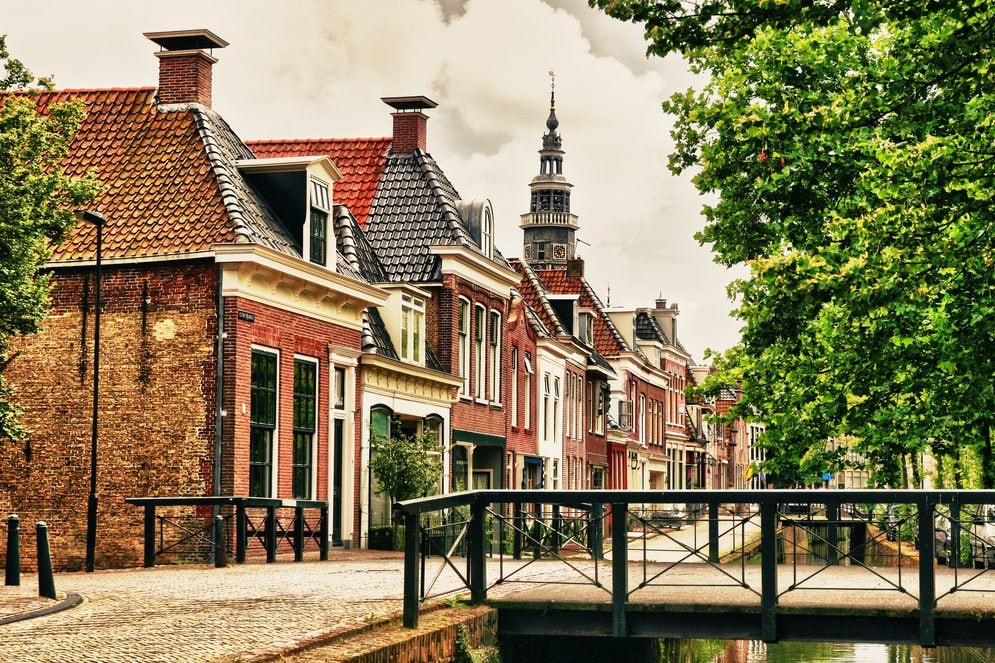 Due to its proximity to waterways that flowed between the North Sea and Zuiderzee, this former Hanseatic city was one of the most influential trading centers in Friesland for several centuries. Many buildings from this time have survived until the present day, including Bolsward’s stately town hall that’s recognized as one of the most complete examples of Frisian Renaissance architecture. 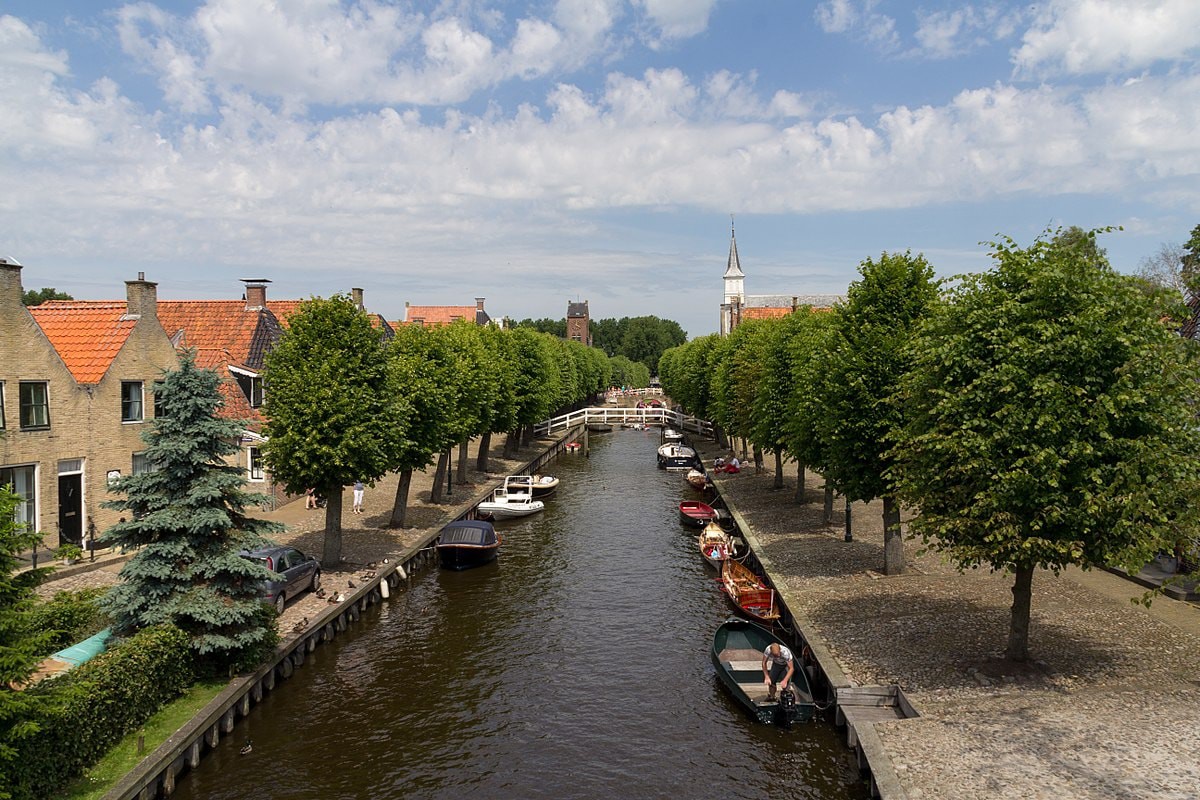 Sloten is the smallest city in Friesland and currently houses around 760 inhabitants. Its small population mainly lives inside Sloten’s historic town walls, which are surrounded by a wide moat that feeds into a nearby lake. Aside from its historic fortifications, the city features several other points of interest, including an 18th-century windmill and rows of charming, waterside houses complete with pointed gables.

Friet or Patat? The ultimate guide to Dutch fries

1 thought on “The 10 Most Beautiful Towns in Friesland, the Netherlands”