We’re pining over Portugal and its world-class myriad beaches. And to a tourist’s utter delight – most of the country’s popular towns are settled by the seaside. With spectacular scenery around every coastal cove and cranny, here are our picks of Portugal’s most beautiful seaside towns. 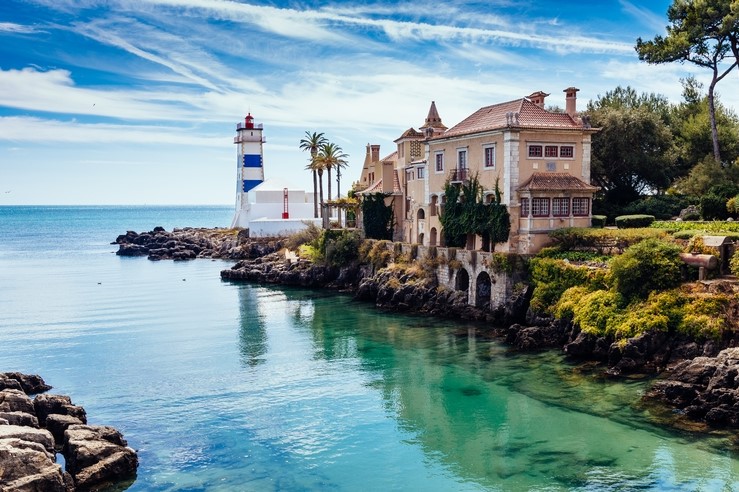 Cascais has a touch of class. It is both a quintessential fishing town with a thriving marina, but then if you look out to sea, you’ll discover a dramatic coastline dotted with awe-inspiring rock formations. Just a day trip from lively Lisbon, this off-the-beaten-track destination is just the ticket for anyone wanting to escape the hustle and bustle. 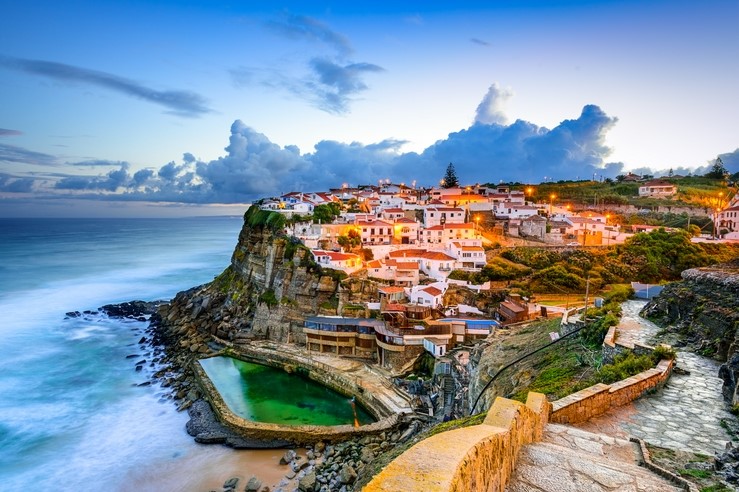 Close to Sintra, Azenhas do Mar is the perfect place to get away from it all. Just 30km from Lisbon, this magical cliffside destination is uniquely nestled in the cliff-face, so have your cameras at the ready! This sleepy fishing town also offers a sandy beach, jaw-to-the-floor vistas and lip-smackingly scrummy seafood. 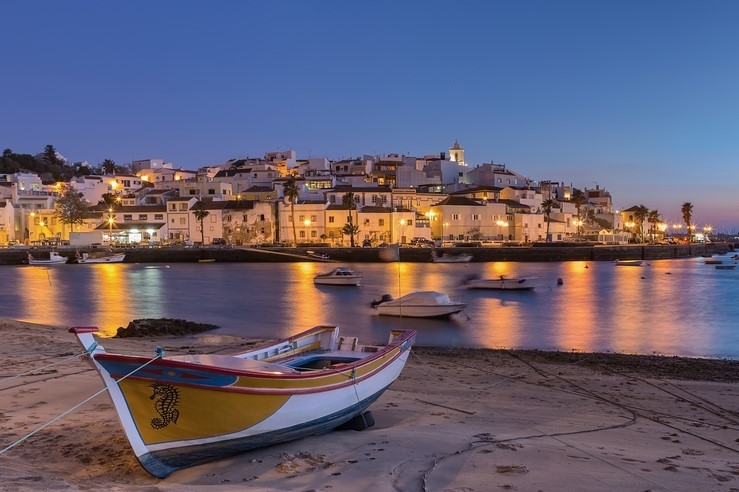 All about the Algarve but without the crowds? Ferragudo is close to some of the Algarve’s best beaches. However, the captivating fishing village enjoys a more laidback vibe, with its white-washed homes and boat adorned shores. It is also home to the medieval fort of São João de Arade, which used to be the area’s watchtower. 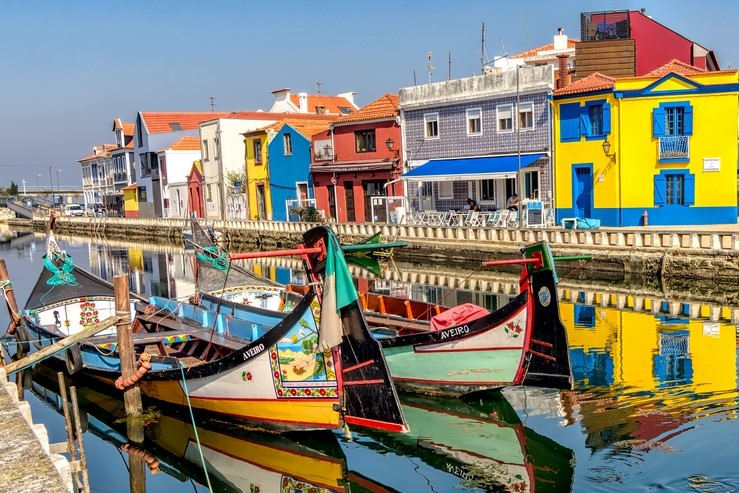 Commonly referred to as the ‘Venice of Portugal’, eye-catching Aveiro is a romantic and enchanting waterborne town. It boasts a charming series of canals, dotted with many-hued gondola-style boats. Sat just 70km south of Porto, Aveiro would make a great place to stay, or alternatively, a colourful day trip idea. 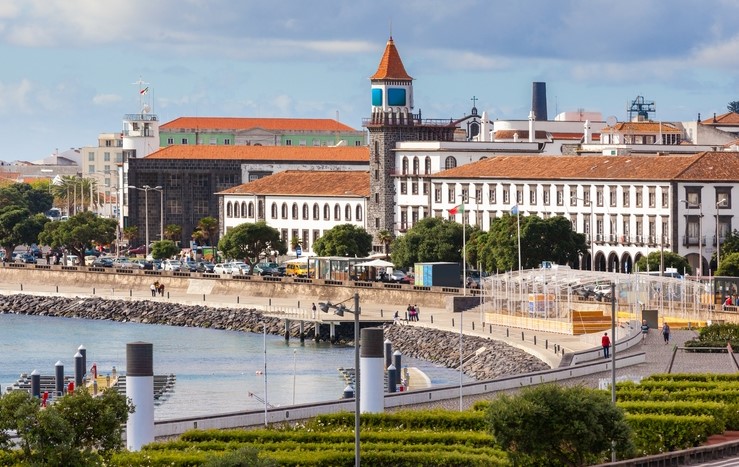 The striking capital of the Azores archipelago deserves a shoutout. Ponta Delgada on São Miguel is the starting point for breaks on the volcanic islands, but the city itself boasts an alluring mix of tourist attractions that you should check out. Our recommendations – the mystical Sao Bra Fortress and the iconic Portas da Cidade. 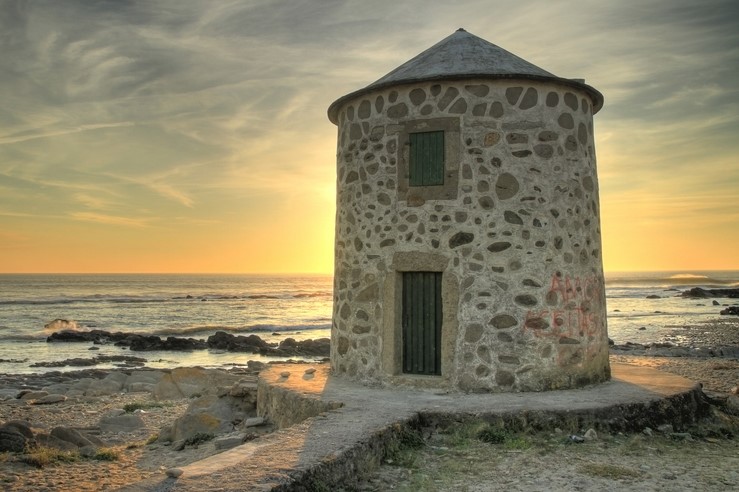 Viana do Castelo is blessed with medieval charms and breathtaking beaches. Not to mention, this old-worldly spot is absolutely brimming with spectacular architecture, including Praça de República, Santuário de Santa Luzia and the Santa Casa da Misericórdia. 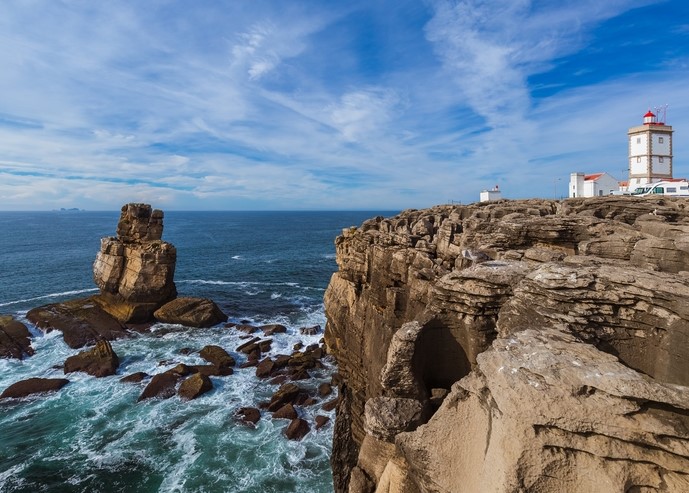 Peniche is a tourist hub; home to sand, sea and surfing. However, the other side of this popular seaside town is its working fishing port. In terms of things to do, start by mooching around the walled historic centre, then head to the seaside fort slash former prisoner detention centre, for a glimpse into Portuguese history. 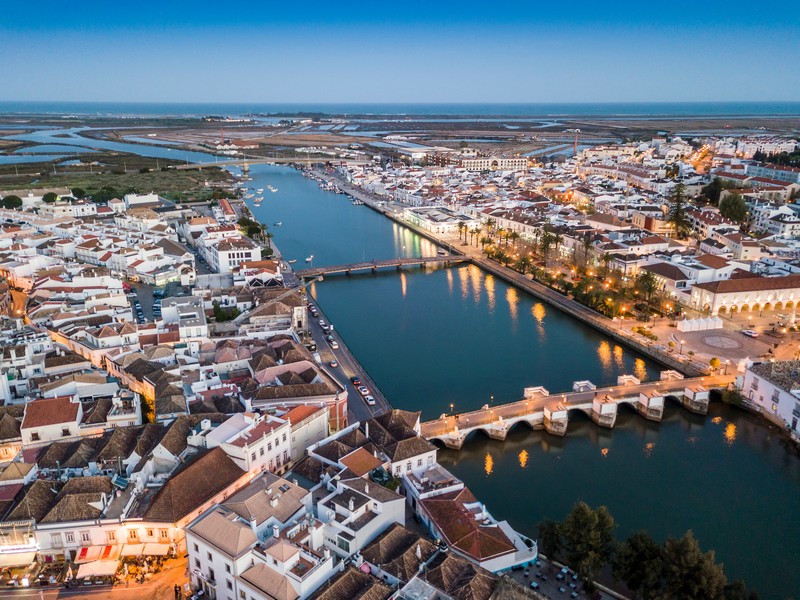 Tavira is an old-school Algarve town, home to some of the nation’s most under-the-radar golden blanketed beaches. The town’s pretty cobbled streets are steeped in ancient churches, Moorish influenced architecture and remnants of medieval castle ruins. 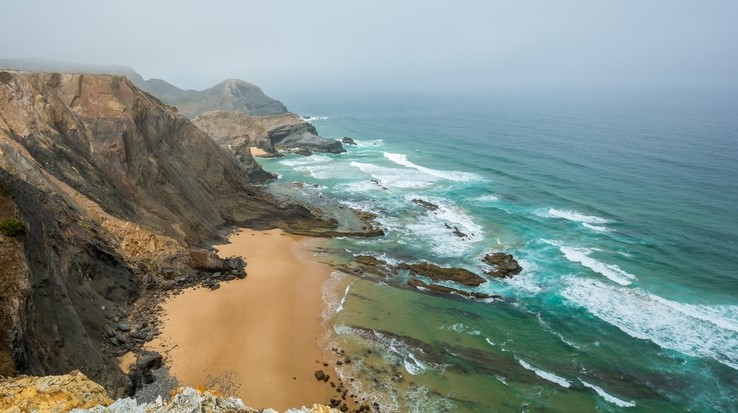 Aljezur is a beguiling village favoured by locals. The charming west Algarvan village is one of the region’s best-kept secrets in the beautiful beach department, mainly as it boasts stretches which cater to both sunbathing and surfing respectively. Beaches that do it all? SIGN US UP. 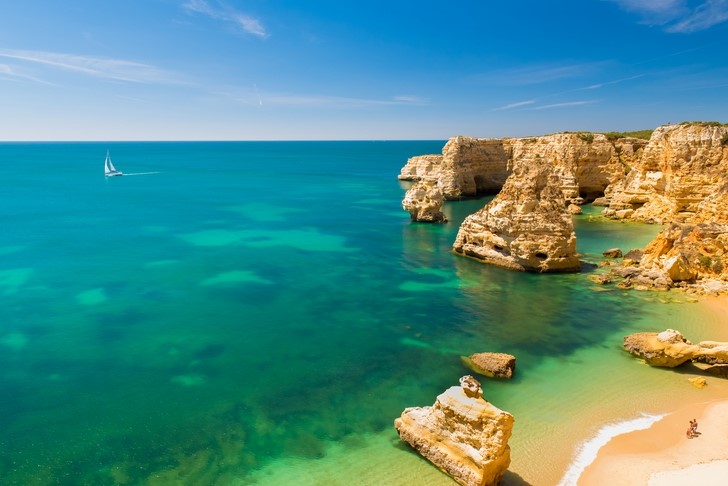 It would be rude not to mention Albufeira in our line up of seaside spots. As after all, it is the place that put the Algarve on the map. The old town is chocka with pavement cafes, churches and restaurants, as opposed to the modern resort, which hosts the lively main strip. Two very different sides of the city, but one thing they both have in common? Beaches as pretty as this one, and more…