Flat, peaceful and pretty as a picture, the Netherlands is the perfect place to get on your bike and start exploring – no matter your fitness level or riding experience. Famous for its cyclist-friendly infrastructure, with more than 32,000 kilometers of bicycle paths throughout the country, there’s so much to discover on a Dutch cycling holiday: from historic cities and Golden Age art to world-class architecture and bucolic landscapes. Soak up the variety of tours and get inspired by our picks of the best organized bicycle holidays in the Netherlands. 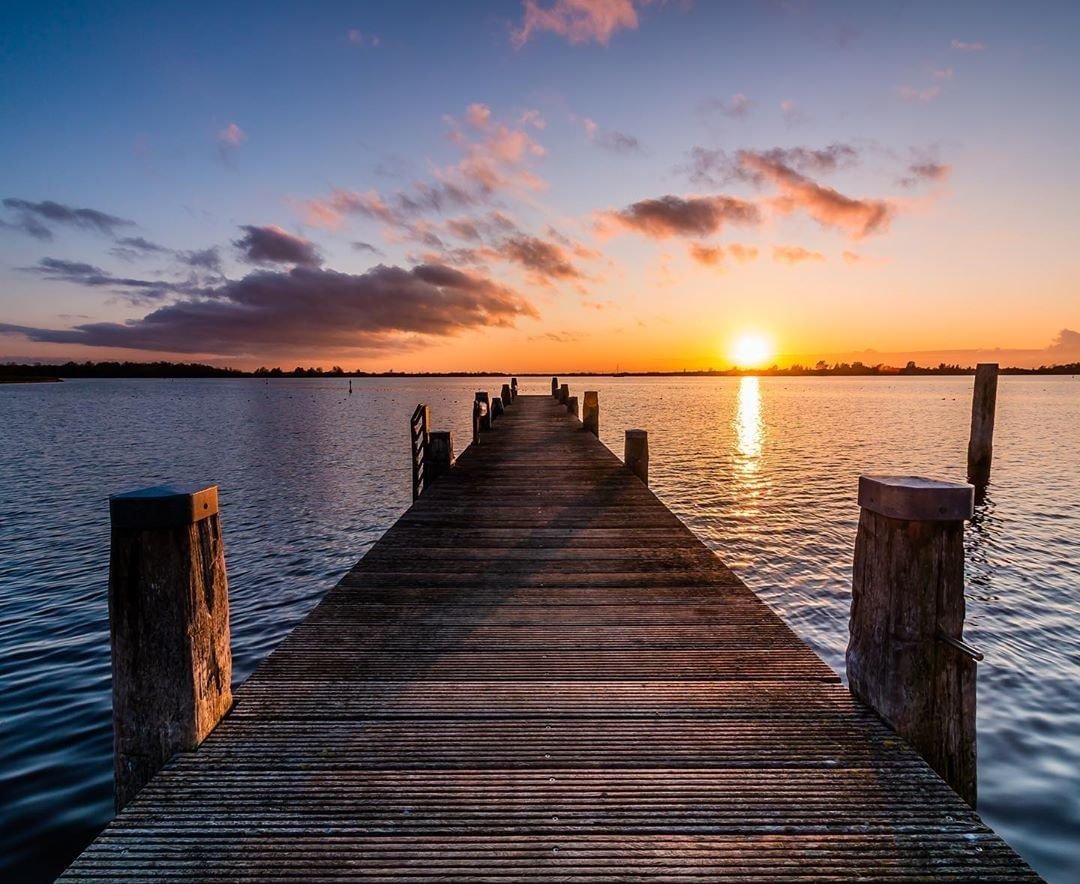 Island hopping adventures await on this eight-day sailing and cycling trip. Hop aboard a grand sailing ship and head out to explore the Wadden Sea, a UNESCO World Heritage biosphere reserve. As well as your time on the water, you’ll stop at fishing villages and old trading harbor towns along the beautiful coastline of the IJsselmeer. Expect to see seagrass meadows, mussel beds, sandbanks, salt marshes, seals, porpoises and a variety of rare birds. As well as the beautiful Wadden Islands of Texel and Terschelling, you’ll cycle through rural villages and the beautiful countryside of Friesland and Noord-Holland.

2. Discover the province of Zeeland Tour the islands and peninsulas of Zeeland, a paradise of flora and fauna. Paired with a barge so that you can rest comfortably, this eight-day cycling trip takes you from the bustling city of Rotterdam to the historic towns of Zierikzee and Middelburg. Cycle through storybook villages, sample local delicacies – think fresh mussels and steamed lobsters – and explore the dams, sluices, and storm-surge barriers of the Dutch Delta Works.

3. Adventure through the ‘Green Heart’ of Holland

Experience the Randstad: a region steeped in history, natural attractions, world-famous cities and beautiful surroundings. Aboard the charming barge ‘Flora’ you’ll visit the historic cities of Haarlem, Rotterdam, Leiden and Gouda, as well as the Dutch capital Amsterdam. There’s plenty of opportunities to experience local culture during this eight-day tour: discover world-famous art in the Rijksmuseum, admire a vista of traditional windmills at the Zaanse Schans and visit a porcelain studio in Delft, home of the iconic blue Delftware pottery. You’ll also have the chance to spend your evenings relaxing in the charming cafés and restaurants of your latest destination.

4. Step back in time to the Dutch Golden Age 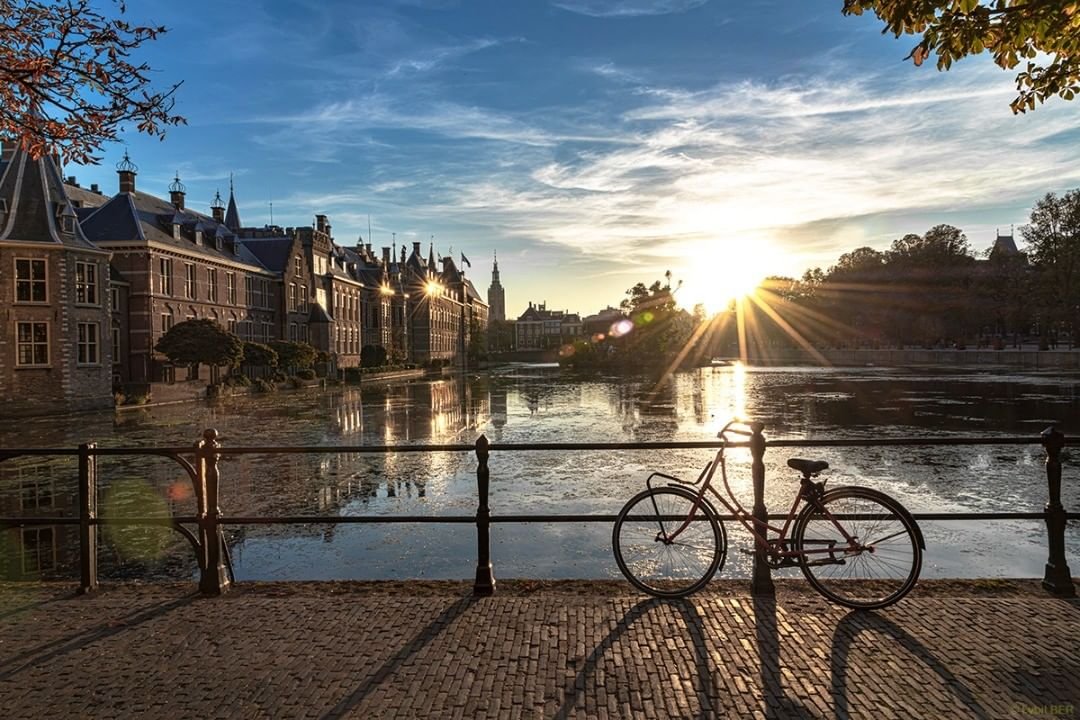 Step (or cycle) back in time to the 17th century during this six-day tour. The Dutch Golden Age was a period when the country’s trade, science and art were among the most acclaimed in the world. See the remnants of this age of prosperity as you travel on this looping tour from the sprawling palaces, coastal views and rich history of The Hague, to the port city of Rotterdam, all the way to the iconic cheese-making city of Gouda. It’s the perfect way to immerse yourself in Dutch tradition, sample local delicacies and see some of the Netherlands’ most scenic landscapes. 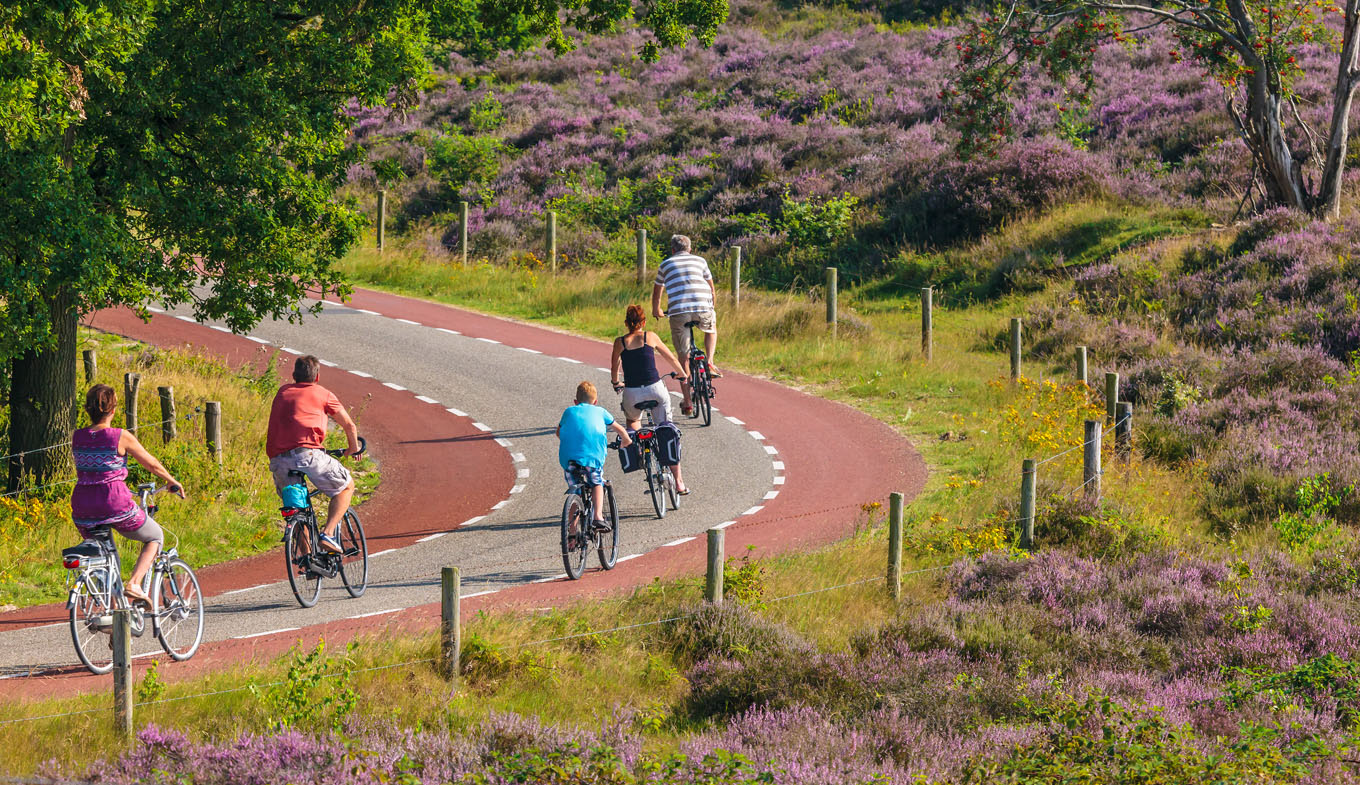 Vincent van Gogh’s masterpieces can be found throughout the world, but their roots are firmly in the Dutch province of Brabant, where he was born and raised. As you experience the vivid blue skies and blooming flower fields of his childhood, you’ll see why Van Gogh was so inspired by nature. Admire a selection of the artist’s works at the Noordbrabants Museum, pedal down the enchanting glow-in-the-dark Van Gogh-Roosegaarde Bicycle Path and spot buildings that feature in some of his famous works. This tour allows you to spend seven days with one of the greatest painters to have ever lived.

This bike tour follows the route of the legendary ‘Elfstedentocht’, known in English as the Eleven Cities Tour, an open-air skating competition which covers more than 200 kilometers and tours all Friesland’s 11 cities. Highlights include: The Frisian Lake District, said to be the largest lake district in western Europe; canals, lakes and nature reserves; the Royal Eise Eisinga Planetarium, the oldest working planetarium in the country; and Leeuwarden, Friesland’s vibrant capital. It’s the perfect way to discover the province’s unique culture.

7. Uncover the importance of the New Dutch Water Line 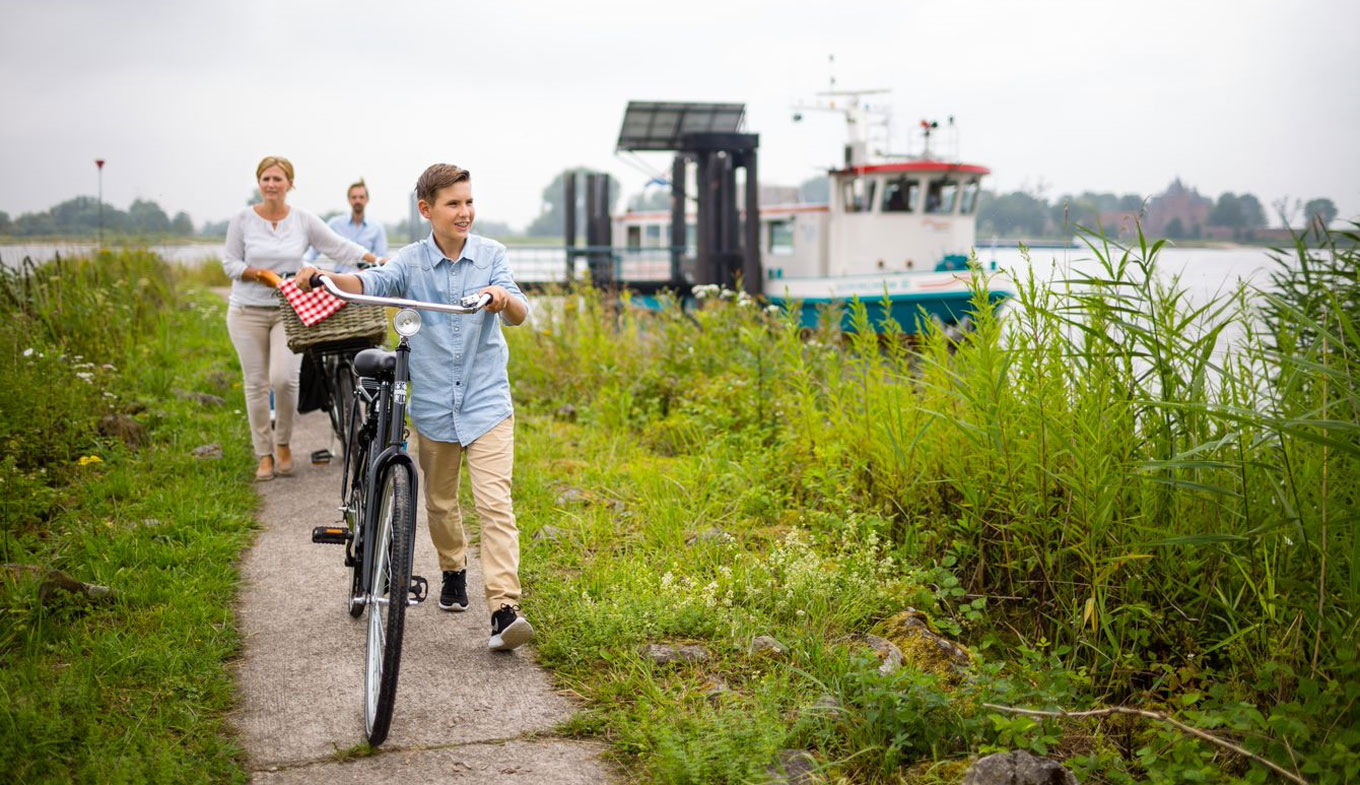 The perfect trip for military buffs or history enthusiasts, this four-day cycling tour follows the New Dutch Water Line past forts, trenches, fortified towns, rivers and areas of natural beauty. Along the way you can see first-hand how the fortifications that make up the 125 kilometer defense line could be used to stop an enemy. You’ll also visit the enchanting towns of Culemborg, Leerdam, Gorinchem and Vianen, as well as the spectacular 14th-century Loevestein Castle. 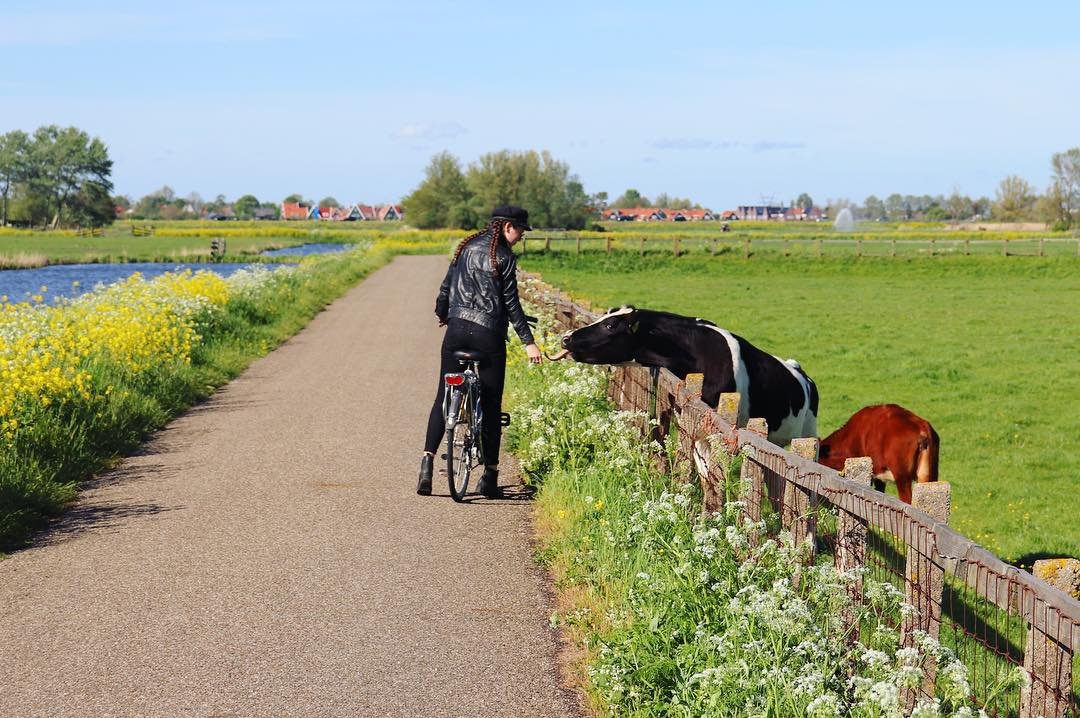 This five-day tour encourages you to get on your road bike and pedal quickly through the unique Dutch countryside – a flat, scenic landscape littered with polders, rare wildlife and impressive views. Starting each day’s cycle from the charming city of Gouda, you’ll whizz past windmills, tranquil lakeside locations, green pastures and historic villages. As well as plenty of places to fill up on some traditional local delicacies (think apple tart and pancakes), as you cycle along dikes and polders, you’ll also be able to see close up how the Dutch water management system works. 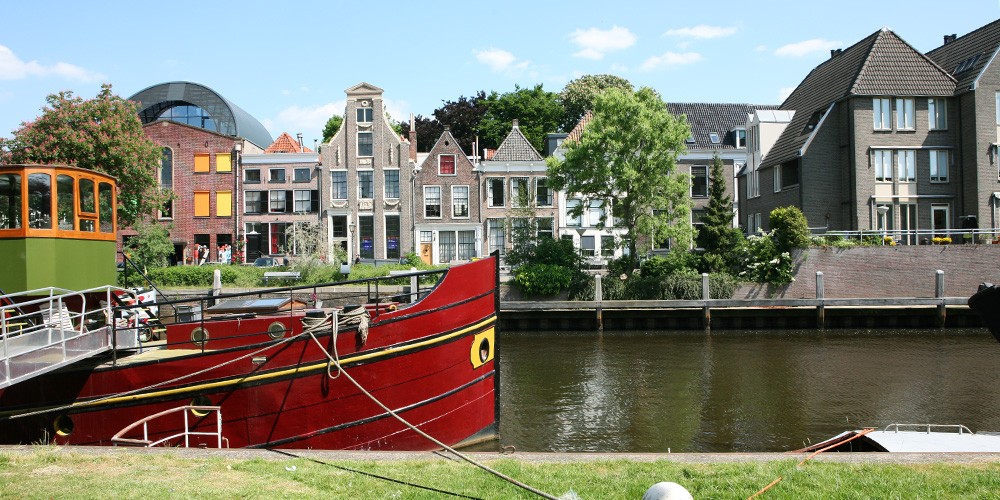 Explore some of the most picturesque parts of the Netherlands’ central region on this spectacular eight-day bike-barge tour through the Dutch Hanseatic Towns. Cycle through the Rhine Valley, along the River IJssel and visit fascinating cities such as Arnhem, Harderwijk, Kampen and Deventer. Discover how these historic towns and villages flourished during the Middle Ages and continue to shine today – even if they aren’t as famous as some of the larger Dutch cities. As you head off the beaten path, you’ll tour beautiful harbor towns and the ‘new land’ of the province of Flevoland, which was once the seabed of the Zuiderzee. 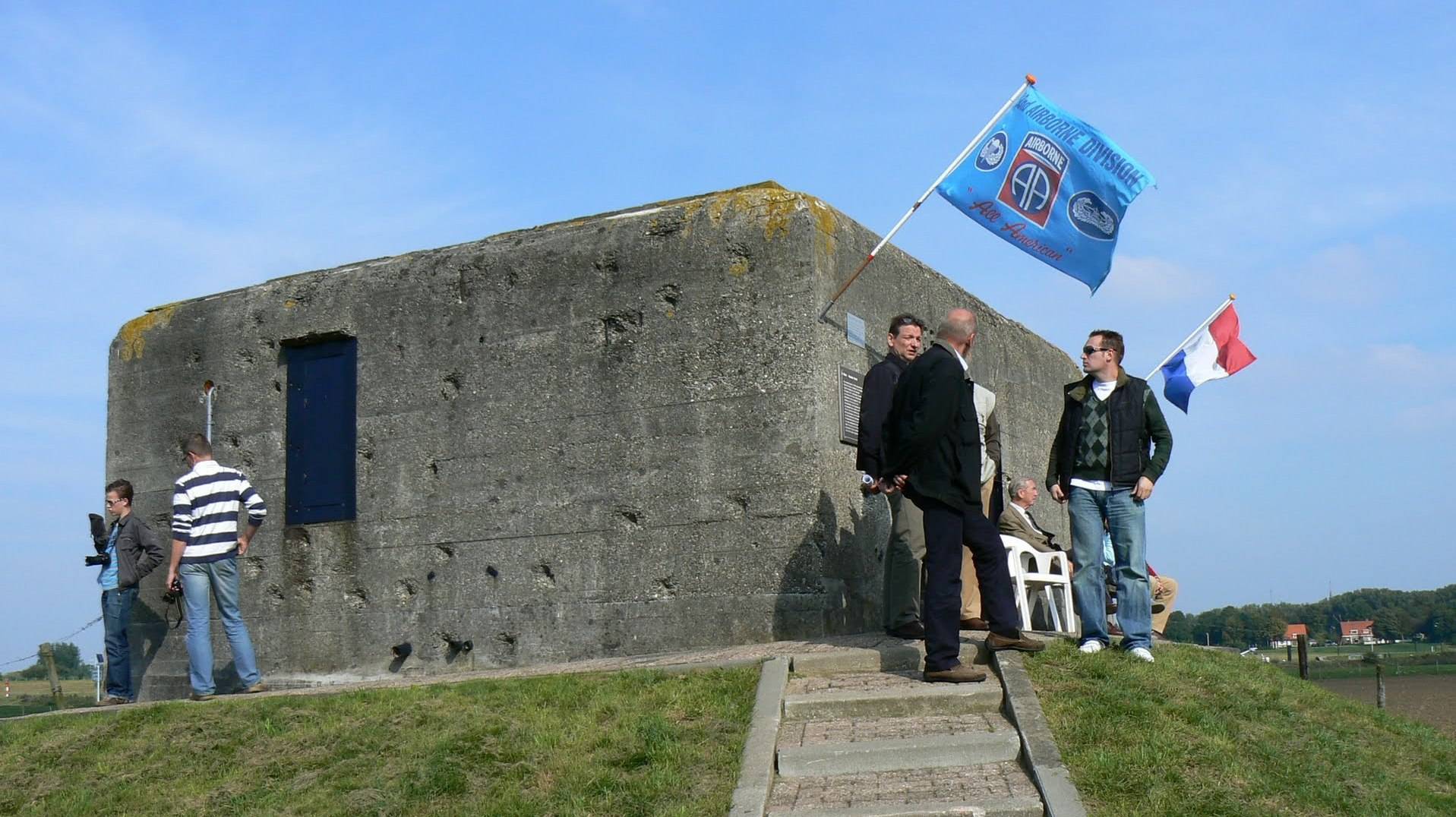 This four-day tour takes you to the area where Operation Market Garden played out – a bold plan to capture several bridges across the major Dutch rivers to try bring the Second World War to an end. Along the way you’ll follow in the Allied soldiers’ footsteps, visiting war museums, commemorative sites, monuments and military cemeteries. Staying in a four-star hotel, this all-inclusive e-bike tour is the perfect way to learn about and pay tribute to the bravery of the soldiers and civilians who lived through the war.

Best Cities To Visit In The Netherlands By Train

Traditional Cheese Market & Other Things To Do In Alkmaar Netherlands