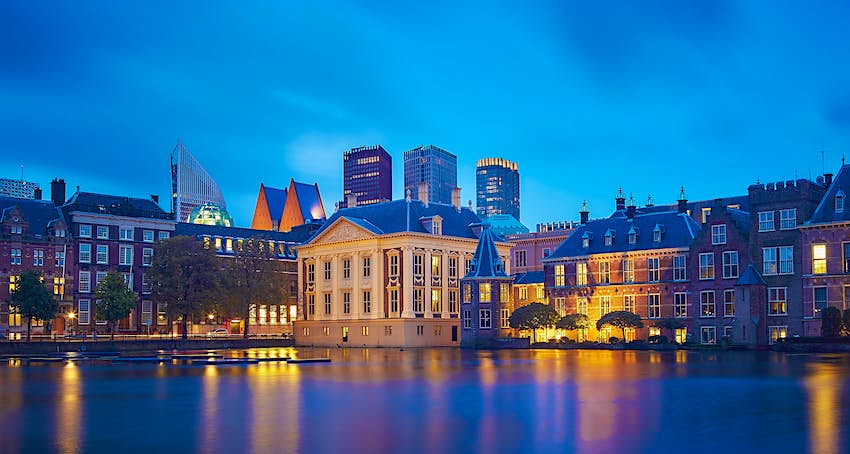 The Hague’s skyline, with the famous Mauritshuis, in the forefront overlooking the water ©️ Marcin Siemieniago / EyeEm / Getty Images 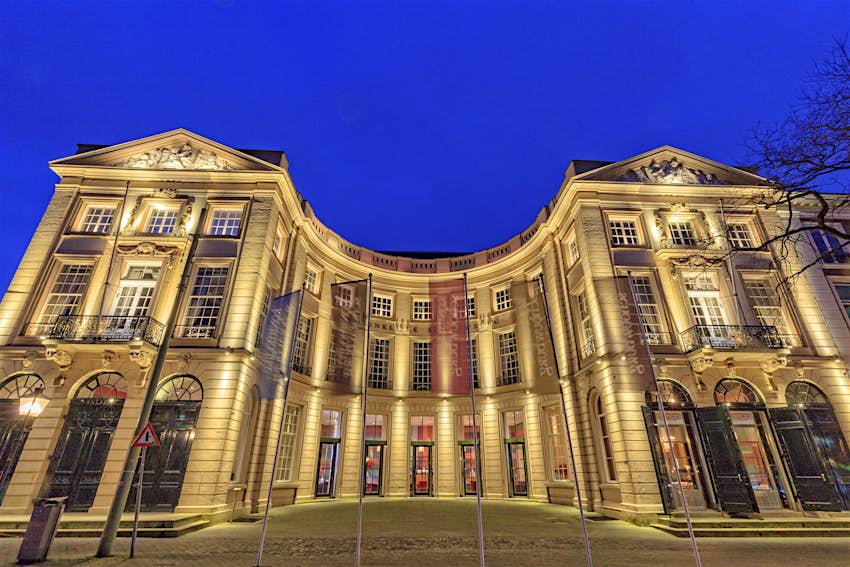 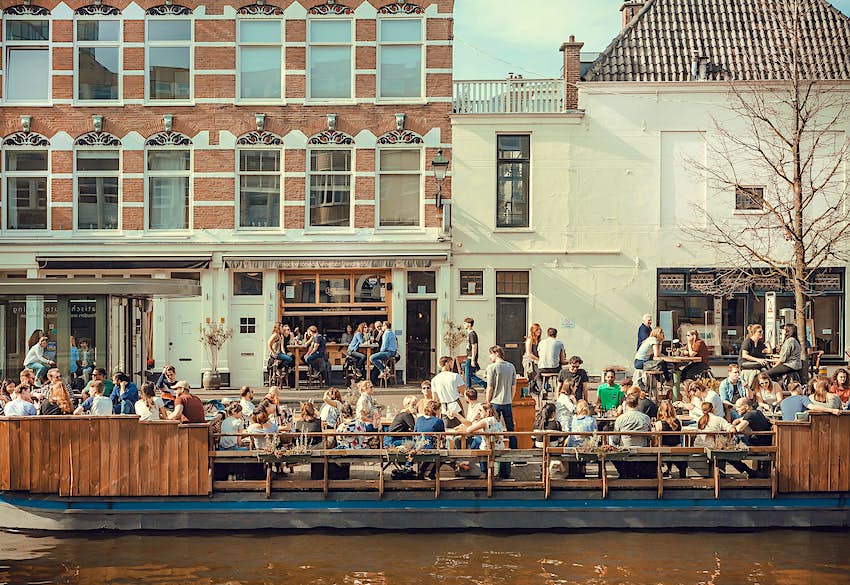 People eating along the canal in The Hague ©️ Radiokukka / Getty Images 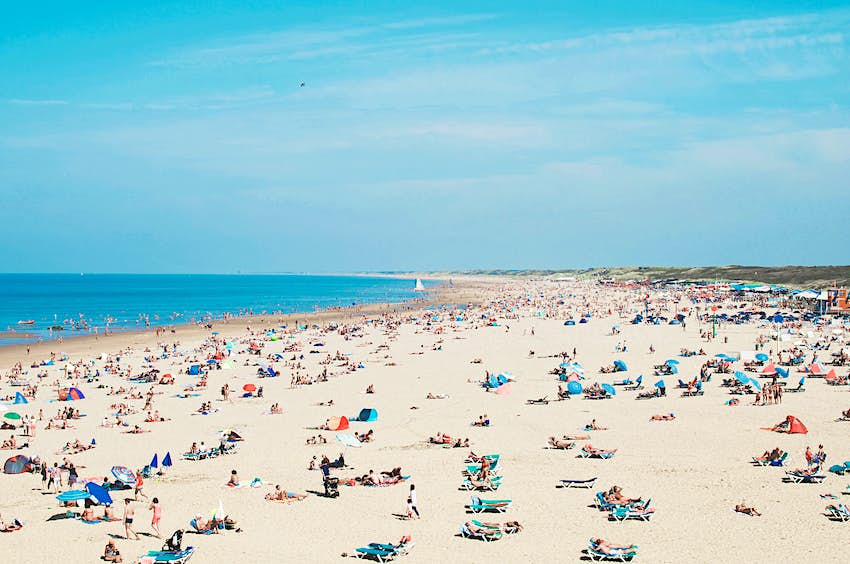 How Did the Netherlands Become the Number One ‘Good Country’?