Sydney’s tourist attractions are very much worthy of attention, and these are worth committing to.

Sydney has it all when it comes to cities. Its safety ratings, cleanliness, and friendly community are all welcome attributes that make travelers feel as though they’ve come to a home away from home. While these are all winning traits that every city should have, Sydney offers so much more than just that – its major tourist attractions are what make exploring this city so much fun.

From the history found at the Sydney Opera House to attractions that overlook one of the most beautiful harbors in the world, a traveler will never have a dull day in this city. It might be the things less explored that offer a new look at an old city but in Sydney, it’s the most loved parts of it that make it so worthy of a vacation.

Spend Some Time With Australia’s Wildlife At Taronga Zoo

Head over to the Mosman neighborhood to get an up-close look at some of the most precious wildlife that calls Sydney home. This zoo has local species as well as those from all over the world, making it an intriguing destination for any animal lover. Guests can tour each exhibit and learn about the species indigenous to this beautiful country, while also learning about animal species that have come to the Taronga Zoo for a variety of reasons.

The exhibits aren’t the only thing that keeps guests coming back time and time again, though. Taronga offers special experiences such as the Roar and Snore, which allows guests to spend the night at the zoo to observe the natural nighttime habits of some of its animal species. Guests will also learn about Aboriginal life through the Nura Diya tour, which features knowledgable guides who are happy to answer questions and share what they know.

Soak Up Flora And Fauna At Royal Botanical Gardens

The great thing about the Royal Botanical Gardens is that they overlook Sydney Harbor which, anyone who has seen photos, can attest to to being absolutely stunning. If you time your visit right, you might have the chance to watch the sunset over the harbor which is another truly incredible vista. Inside the gardens, though, guests will be treated to a different kind of beauty – one that’s bolstered with more than 7,000 types of plants. While most of these are native to Australia’s flora, there are some more tropical species that are rare for the area. The entire garden is free to tour, and guests can opt for a self-guided tour if they’re keen on spending a few hours walking around and seeing each exhibit. Guided tours are also available, though, and they’re also free – so it doesn’t hurt to take advantge of both.

Take In A Panoramic View Of The City From Sydney Tower

Not surprisingly, Sydney Tower is the tallest building in the city. From the top, it sits at a height of 1,073 feet, which, as one can imagine, provides some pretty stellar views of the surrounding cityscape. And, if you’re wondering how to get to the top, the answer is simple: an elevator.

Guests to the Sydney Tower can ride the elevator up to the top, which is referred to as the Sydney Tower Eye. The top of the tower is comprised of a round viewing platform that’s fully enclosed and allows guests to walk around it, coming full-circle to the spot in which they started. Anyone who’s afraid of heights will probably forget that fact as soon as they near the tower’s windows, which give a full 360-degree, panoramic view of the city and the habor below, as far as the eye can see. For those who wish to spend a little more time in the tower, they can choose from three dining establishments within it.

Tour The Gem Of The Habor, Sydney Opera House

Of course, no tour of Sydney is complete without the Sydney Opera House. This is the most iconic landmark in all of the city, and it’s also the first thing most people think of when they picture Sydney. From its location, it provides views of the harbor as well as the Royal Botanical Gardens, and that’s all before guests even experience what awaits inside. 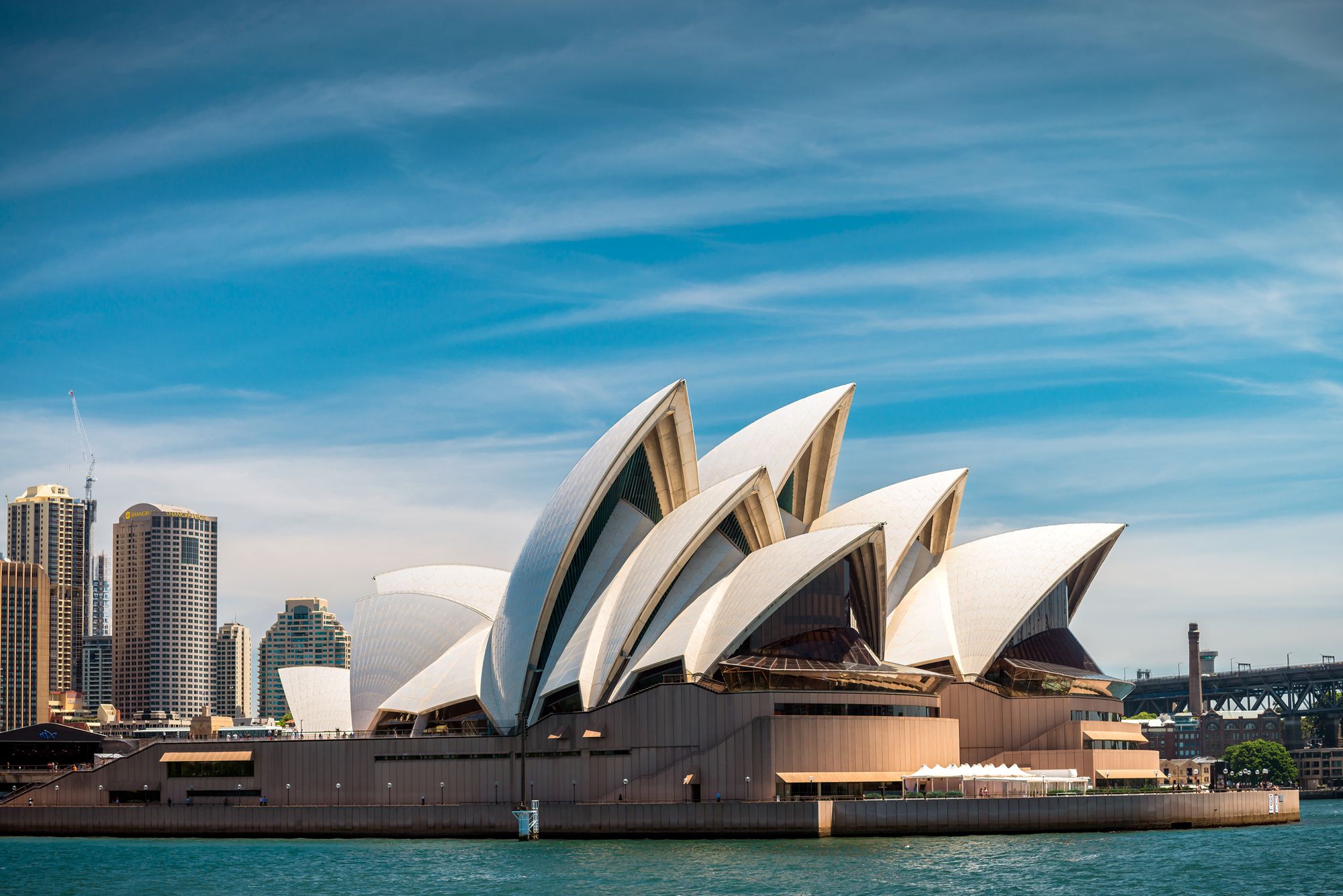 The architecture of the Opera House dates back to the 20th century when it was designed by an architect named Jørn Utzon. The idea was to create a theater that had the appearance of a ship at sail, which was accomplished with curved roof pieces that resemble sails billowing in the wind. To be in the presence of the Opera House, and to tour it or take in a concert from its hallowed halls, is truly special.