Nanakuli was a rescue cat who lives in Honolulu, Hawaii. He was adopted when he was tiny and malnourished, weighing only one pound. Unfortunately, he needed surgery to remove his eye because it became infected.

After operating, the tiny kitten needed to take regular baths and his owners Alexandra Gomez and Krista Littleton were surprised when he enjoyed the water. They began giving him swimming lessons. He was only 6 months old when he began riding waves.
Kuli, whose name means to look blind, but has gone on to become an expert in riding the waves. Alexandra told the Daily Mail: “Although he started off life very weak and malnourished, he has grown very quickly into a very tolerant cat and loves the water.
Scroll down to see these photos about the one-eyed cat Kuli who loves swimming and surfing in Hawaii!

The kitty was only 6 months old when he began riding waves. 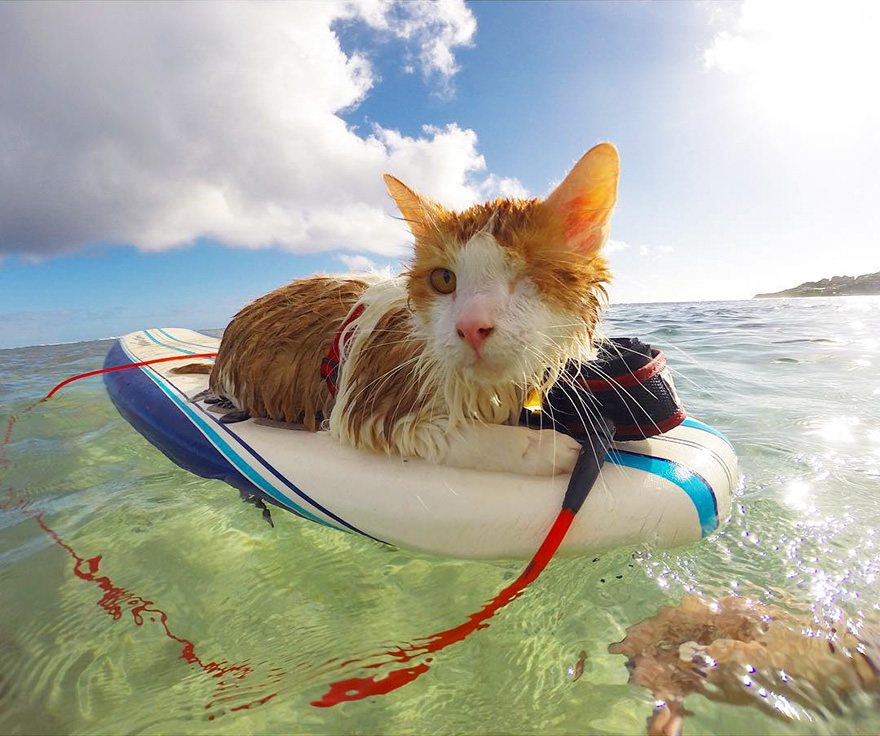 Kuli first took to the water around a year ago when his owners Alexandra Gomez and Krista Littleton took him surfing.

He is fine water, probably because his owners used to bath him when he was recovering from eye surgery

He was first introduced to a longboard before his owners put him on a boogie board so he could sink his claws in it. 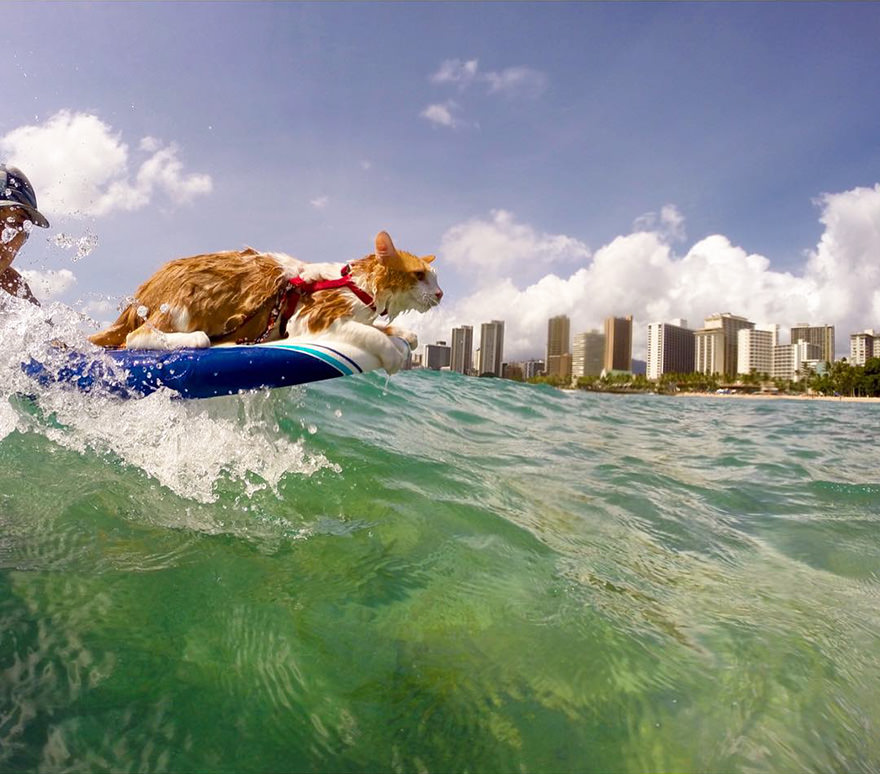 They bought a board that Kuli would be able to get out on the surf with them. 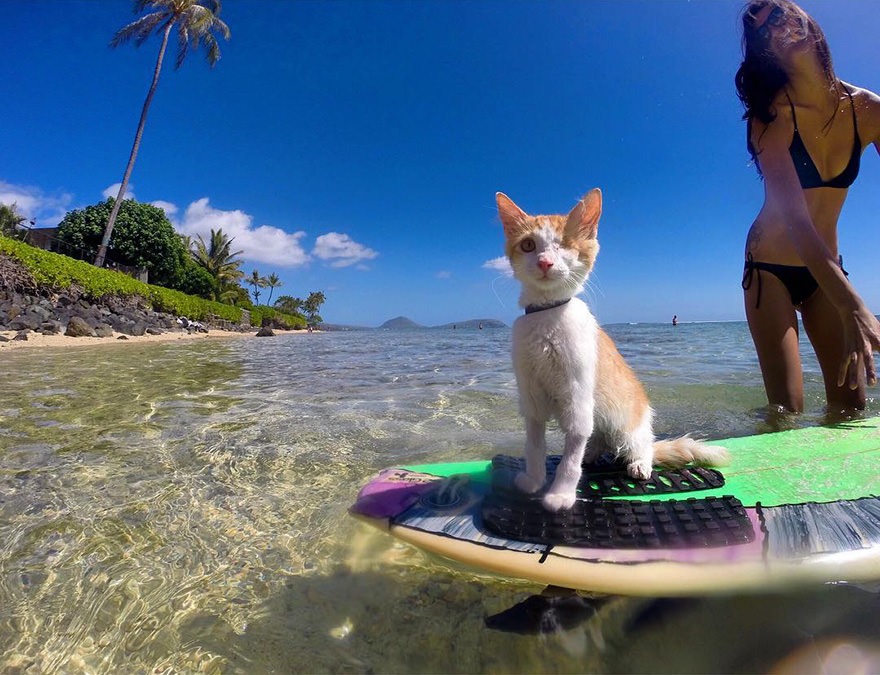 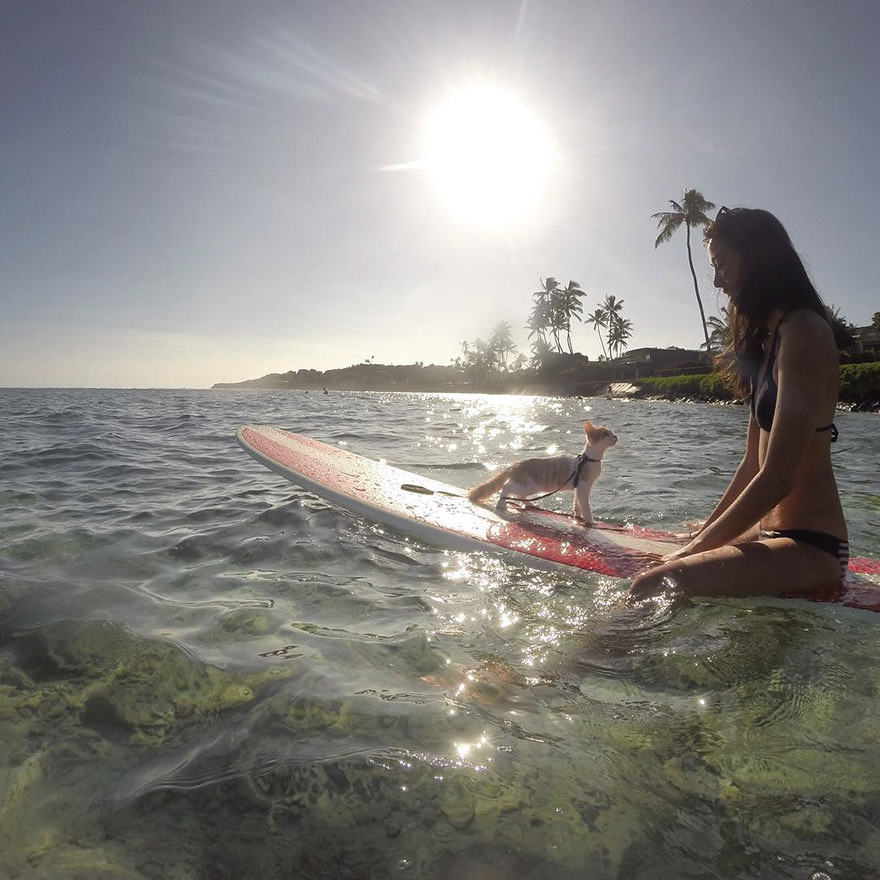 He was named Kuli because it means “to look blind”

“Before he could swim confidently on his own, Kuli always wore a life jacket” 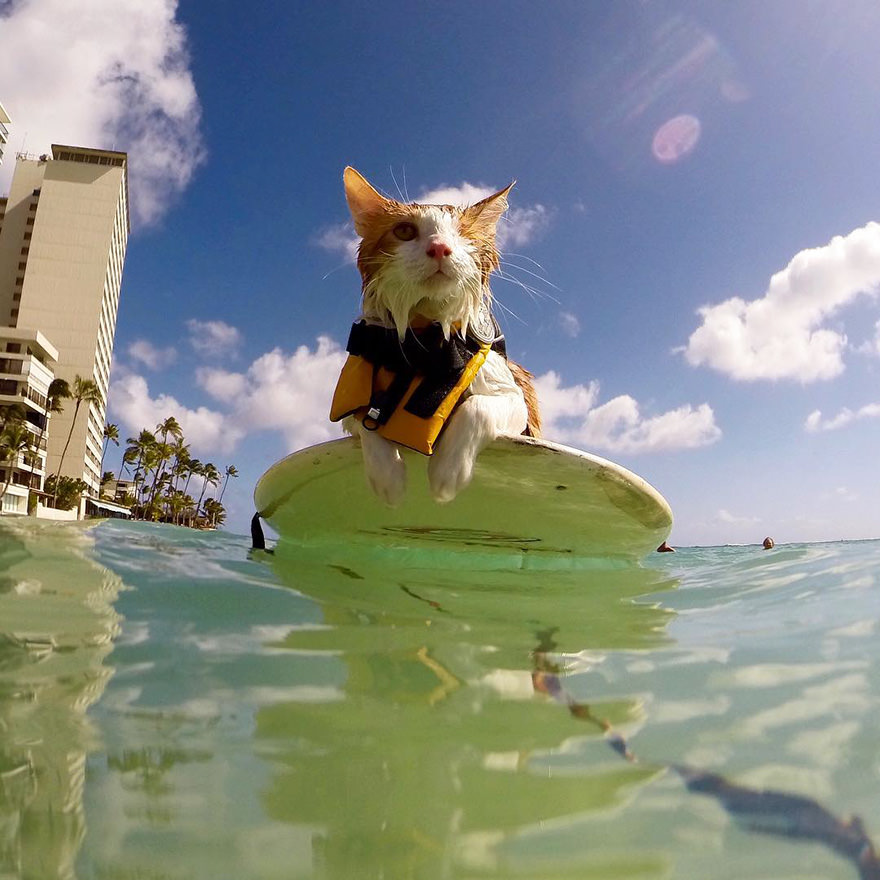 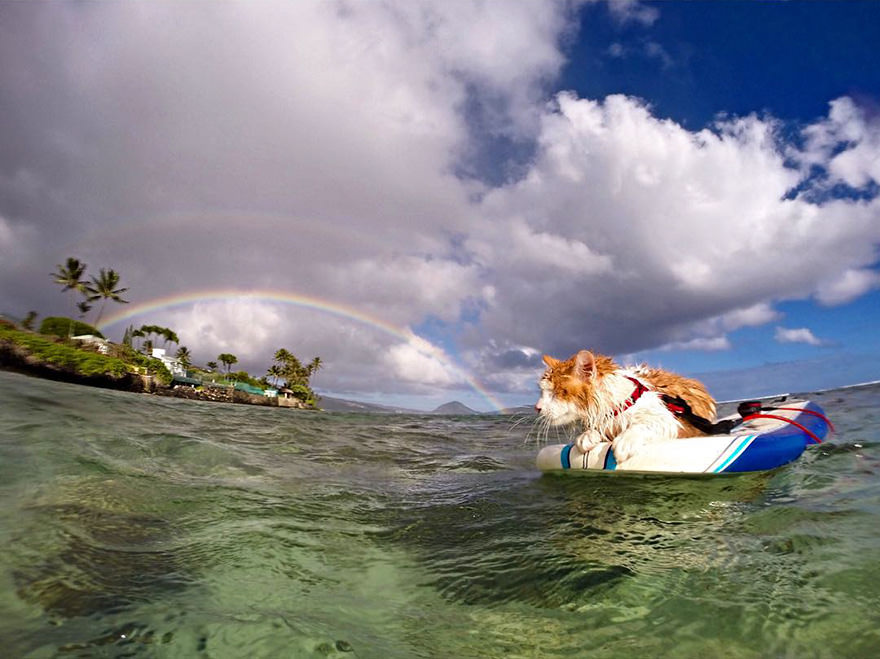