President Barack Obama wanted it this way for the annual picnic for members of Congress and their families.

The Obama White House turned its first congressional picnic into a Hawaiian luau, in celebration of the president’s home state.

Tents were set up on the South Lawn, tiki torches lined the perimeter, and potted palm trees were brought in.

More than 2,000 guests, many wearing leis and sipping drinks, were scattered on the South Lawn under the blue sky.

As he made his way to the stage, guests were treated to Obama and daughter Sasha dancing on the lawn. 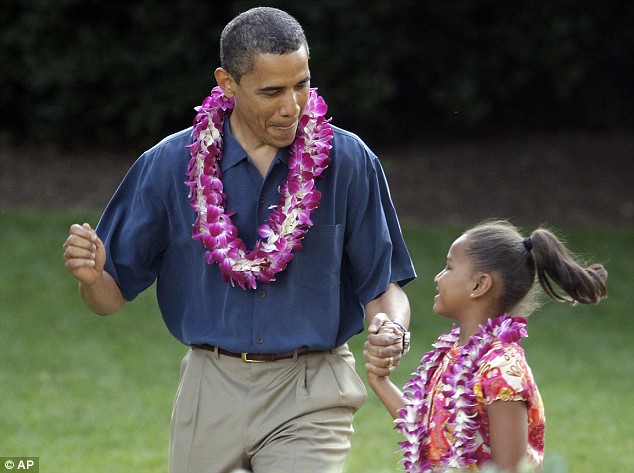 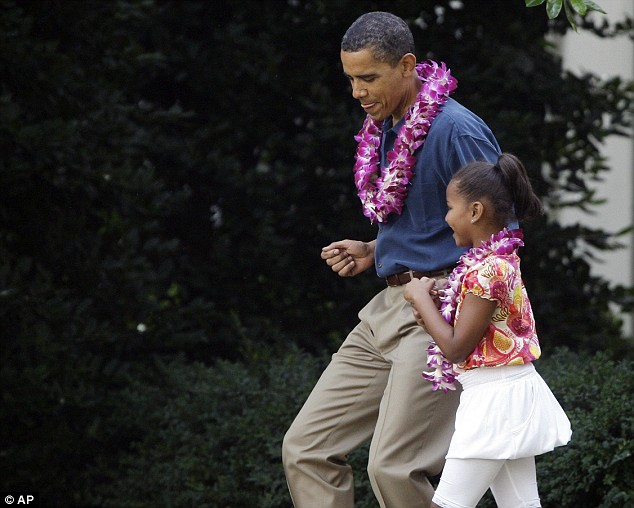 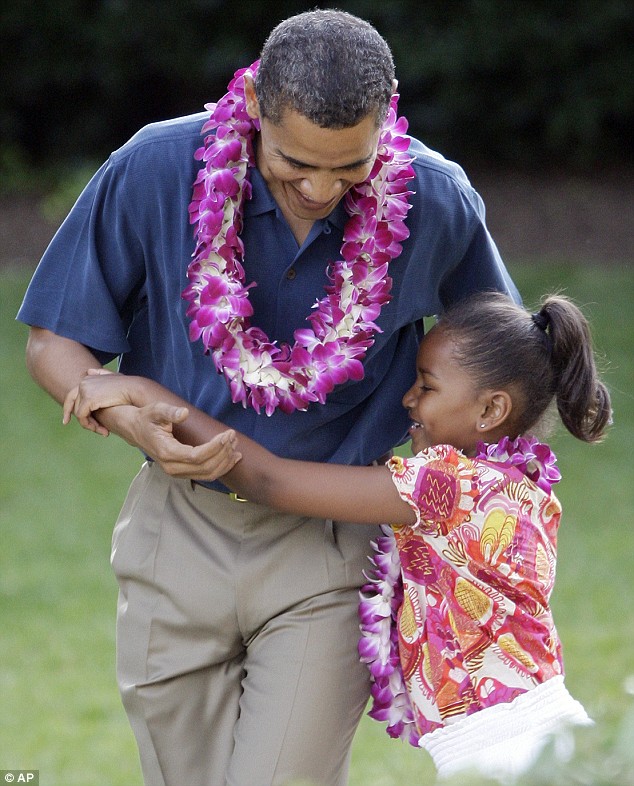 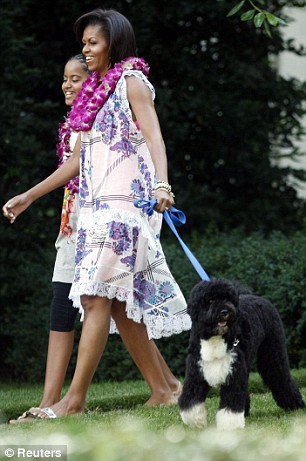 Even the dog joined in: Michelle and Malia take pet Bo along for the party

As the party got underway, Obama said: ‘I just want to say to all the members of Congress, you’ve been working hard. I wish I could give you all trips to Hawaii.

‘But I figured since, given our budget crunch we can’t do that, that we’d at least bring Hawaii to you.’

All wearing leis, the president, first lady Michelle Obama, and their daughters 10-year-old Malia and 8-year-old Sasha along with Vice President Joe Biden walked from the White House to meet the crowd.

On the menu were traditional luau foods like kalua pig and Lomilomi salmon prepared by famed Hawaii chef Alan Wong.

Wong said he’s been discussing the menu with the White House for more than a month. In addition to luau fare, he was flavoring the menu with some picnic favorites – but with a twist, like wasabi potato salad.

Wong first met Obama several years ago, when the then-senator ate at one of his Hawaii restaurants. Wong said the president is showing his guests great respect by throwing a luau. 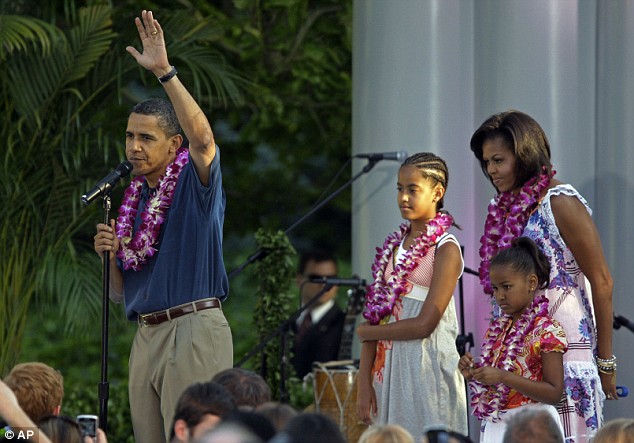 Arrival: Obama and First Lady Michelle gree the crowd along with Sasha and Malia

Hawaii has seen its profile raised in Washington since its native son moved into the White House. In January, the 50th state held its first state inaugural ball – also a luau – and the marching band from the president’s high school, the Punahou School in Honolulu, performed in the inaugural parade.

In addition to a Hawaiian meal, the White House said traditional island entertainment was being offered, including a performance by Tihati, a group featuring members from each of the Hawaiian islands.

Darlene Morikawa, of the Hawaii Visitors and Convention Bureau, said they offered a blend of Polynesian and traditional hula dancing.

Morikawa said she wouldn’t be surprised to see the president get into the act. ‘He seems to be a good sport,’ Morikawa said.

Also, proving to be good sports? White House press secretary Robert Gibbs, who took his turn in the dunk tank. 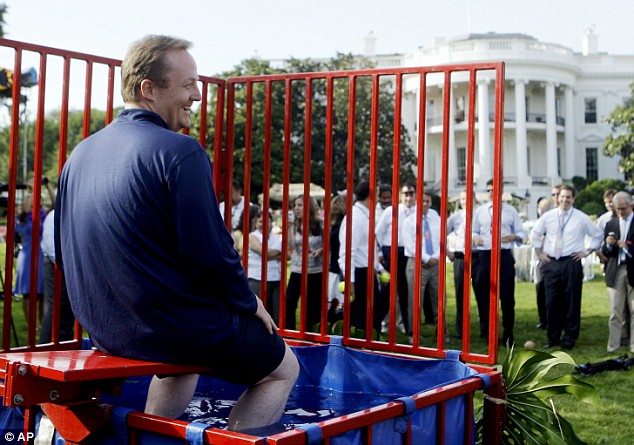 Many members of Congress and other top figures sent their RSVPs for the luau, including Democratic Sens. Daniel Inouye and Daniel Akaka of Hawaii; Roberta McCain, the mother of the 2008 Republican presidential candidate; House Minority Leader John Boehner, R-Ohio; and Sen. John Ensign, R-Nev.

‘I hope everybody’s got their Hawaiian shirts and their muumuus for our luau tonight,’ Obama told lawmakers gathered at the White House Thursday for a meeting on immigration.

Before the luau, the Obamas put some members of Congress to work in their ongoing effort to promote community service. Five representatives joined the Obamas at Fort McNair, where they assembled 15,000 backpacks for children of military families.

The event was part of the president’s ongoing effort to promote community service. He launched a new service initiative, ‘United We Serve,’ aimed at getting people to tackle problems in the areas of education, health, energy, and the environment and community renewal.

15 Best Things to Do on the Big Island of Hawaii

7 Things You May Not Know About Hawaii