An adorable baby elephant surprised a group of tourists in South Africa by half-heartedly threatening to charge them down.

The plucky calf was captured on camera by a tourist on the back of a parked jeep that had been making its way through the jungle.

In the clip, the group attempt to stay quiet while filming but the elephant is well aware of their presence and makes itself known. 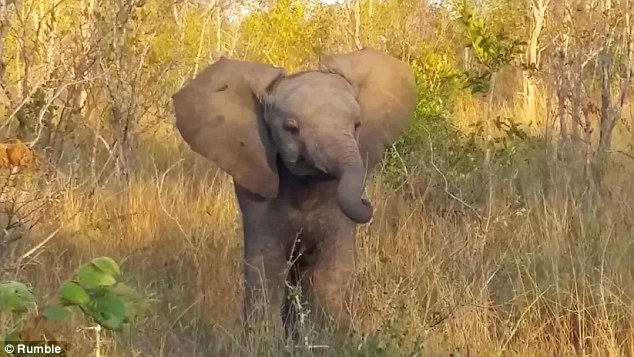 It feigns running towards them – as if in a bid to scare them away – but as the jeep fails to budge it quickly changes its mind and comes to a stop.

Humorously it then looks away and begins twirling the long grass in it trunk as if playing down the fact it had just charged at them.

Later in the clip it grows in courage once again and has a second attempt at scaring the jeep away.

But again it rapidly applies the brakes before retreating. 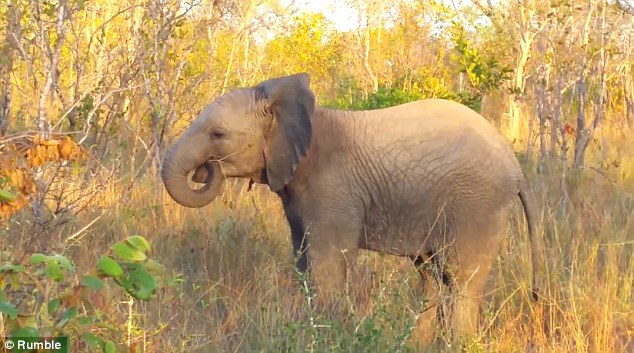 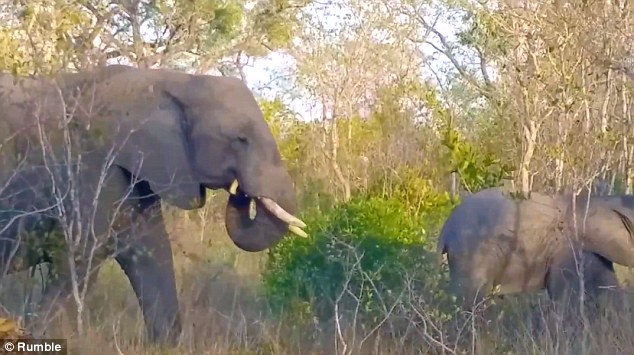 The video concludes with a larger elephant joining the young calf and providing some security in its presence.

However, the most embarrassing part of the ordeal is yet to come for the baby elephant, who charges at the jeep again, trips and almost stumbles over.

Eventually the elephant wanders off to the herd and makes its way back into the jungle.