‘Forget about your worries and your strife,’ sang much-loved character Baloo the bear in Disney classic The Jungle Book.

And it would seems this grizzly bear cub takes a similar approach to life as its carefree fictional counterpart, as it was captured frolicking and splashing in a lake in eastern Russia.

These images show the playful cub whiling away a day wriggling around in the water, playing with a stick, and indulging in another of Baloo’s favourite habits – a good old scratch. 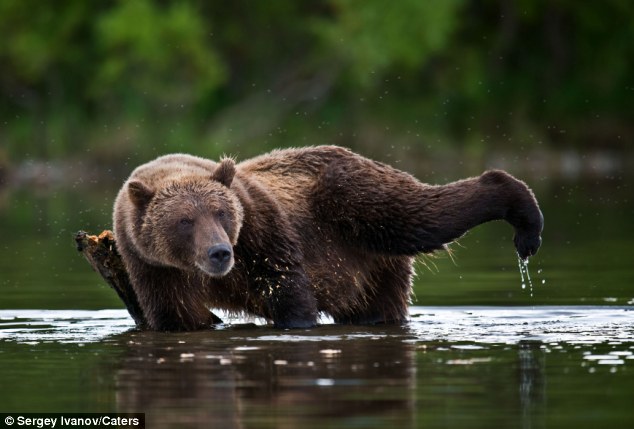 ‘Forget about your worries and your strife’: The grizzly bear seems carefree as it frolics in the water in Russia 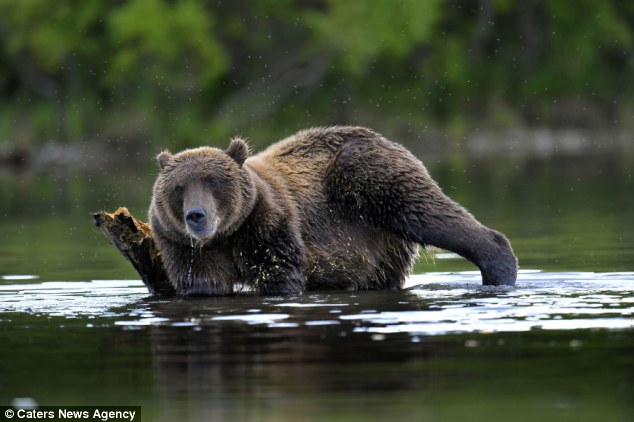 In Disney’s animated version of The Jungle Book – based on Rudyard Kipling’s 1894 story – Baloo the bear comes to the rescue of an abandoned boy named Mowgli and sets about teaching him the law of the jungle.

Disney’s Baloo at his happiest when playing a game or dancing, and this Russian grizzly would appear to be of a similar temperament. 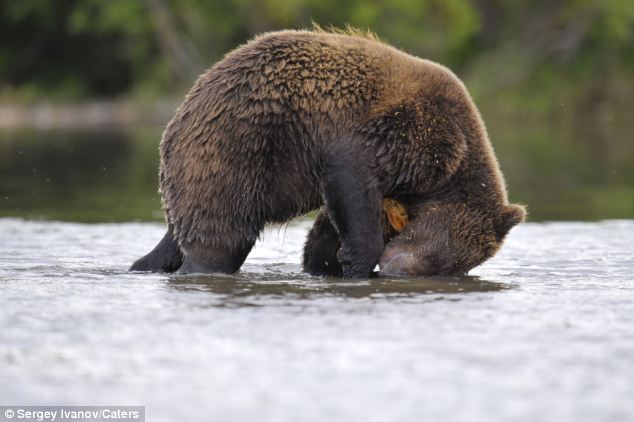 ‘Funny performance’: The bear cub dipped its head into the water before rolling around in the lake 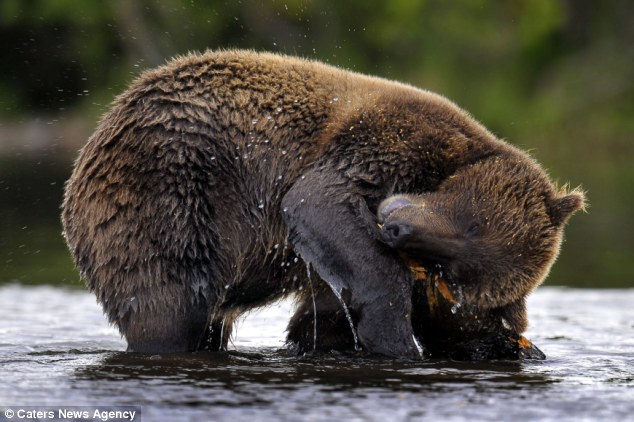 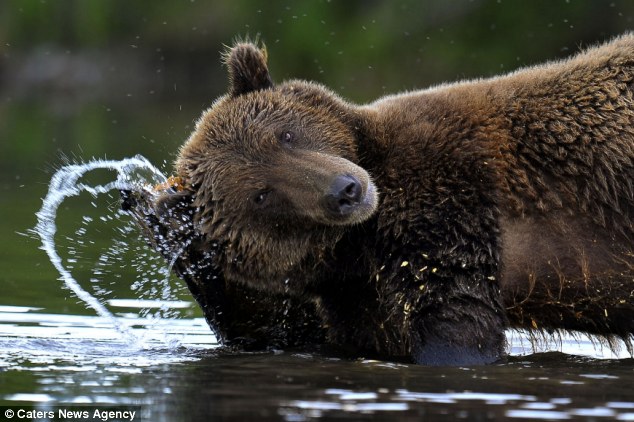 ‘This is really livin’!’: The carefree creature calls to mind Baloo the bear from Disney classic The Jungle Book

Despite its playful appearance amateur photographer Mr Ivanov kept at a safe distance from the grizzly, to make sure he didn’t disturb the cub’s routine.

‘It was a really funny performance to be able to watch,’ he said.

‘He was so busy playing with his new toy stick that he didn’t even care that I was taking photos of him.

‘The bear spent more than half an hour messing around with the stick and enjoying himself so I had plenty of time to be able to take the sequence of shots.

‘It was funny to see the bear having fun and playing like all youngsters do and it just so happens that he came across the stick so he had something to entertain him whilst he was in the water,’ the photographer added. 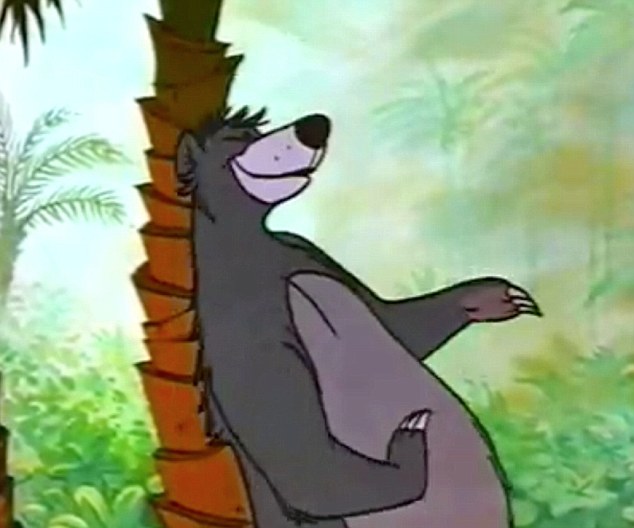 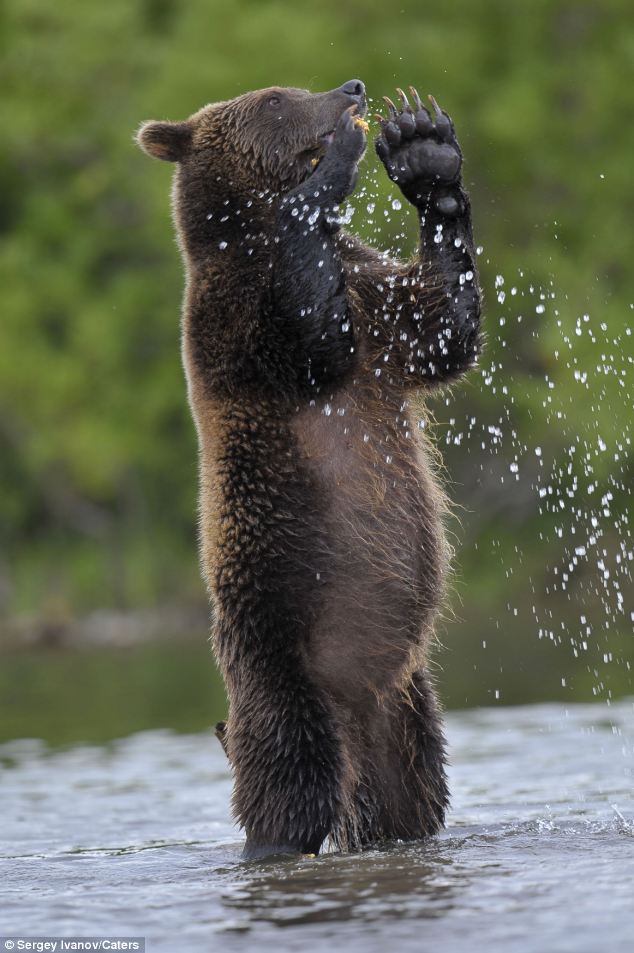 Bear necessities: The photographer spent a month observing bears at the lake in Russia 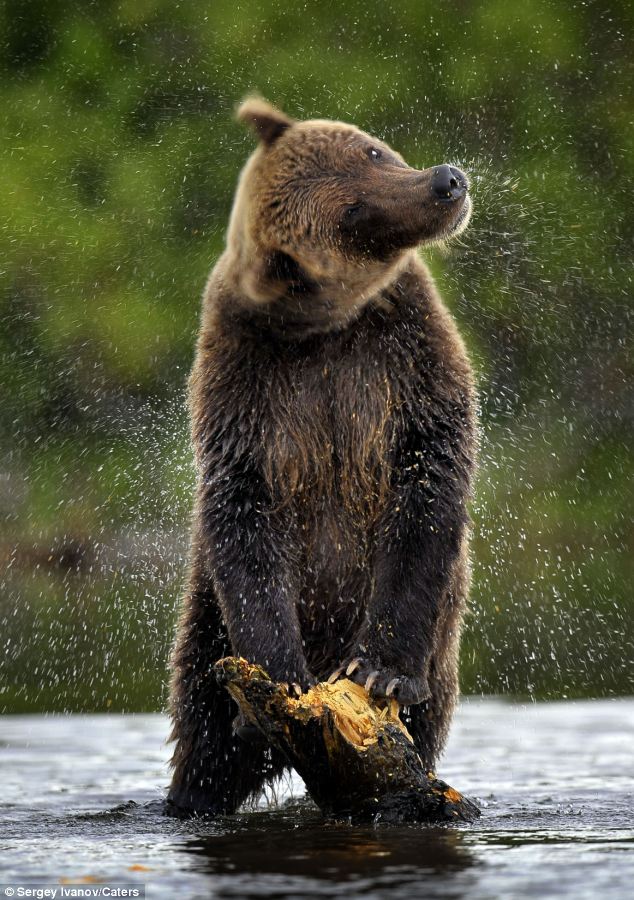 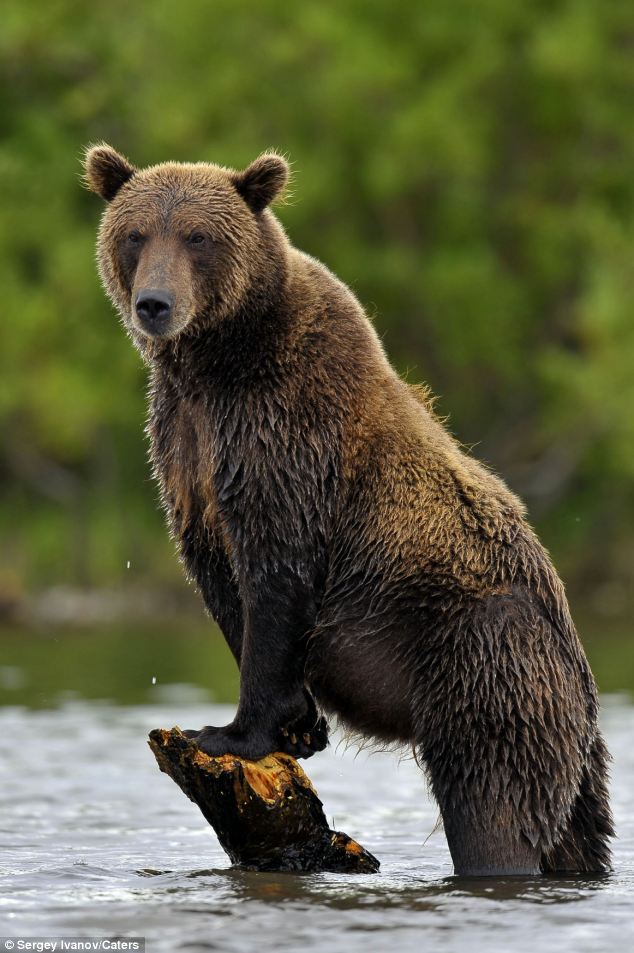 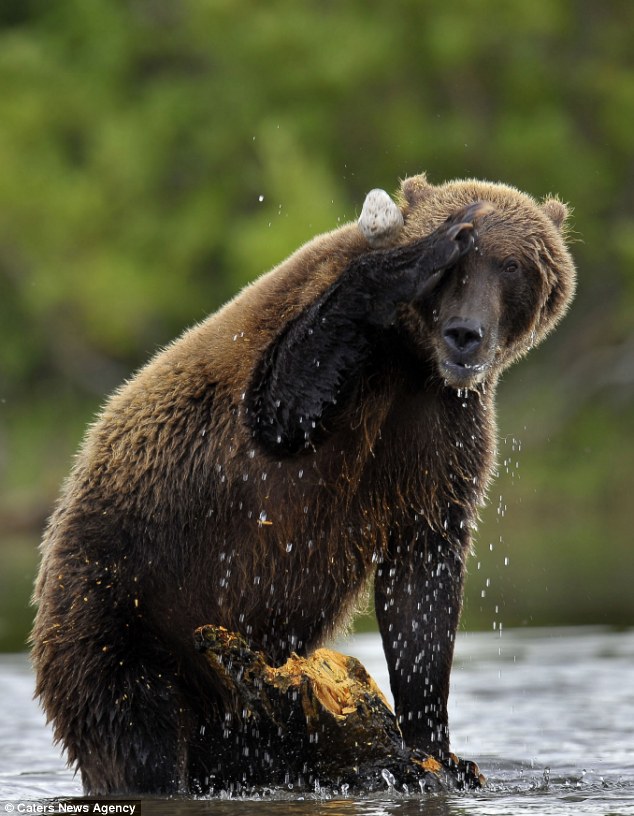 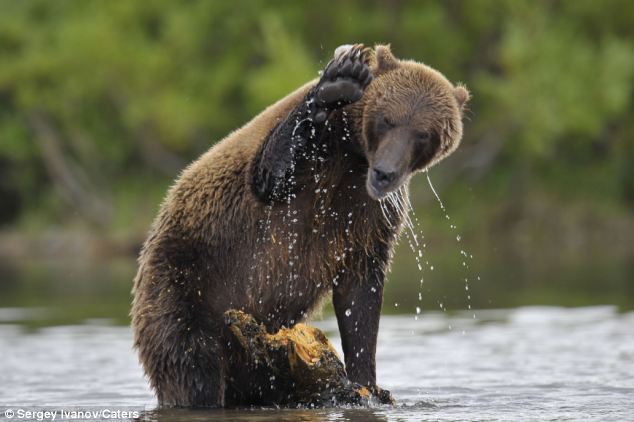 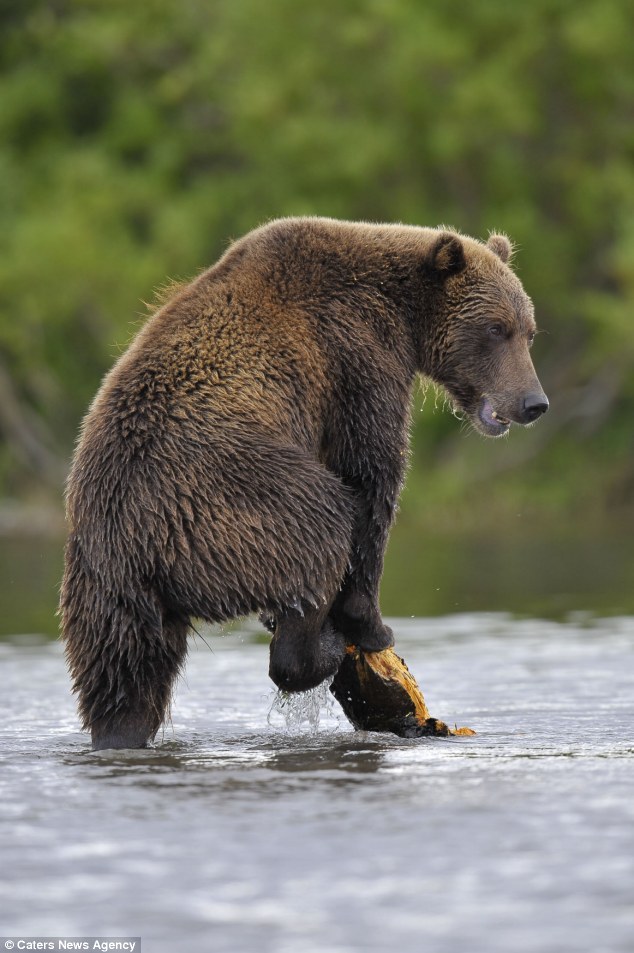 Playful: The bear cub clambers on to a log protruding from the water