Trying local food is a major part of any holiday. Whether you’re new to Australia, you’re showing your friends around or you just want to expand your own horizons, Australia has plenty of unique food options to suit all tastes. 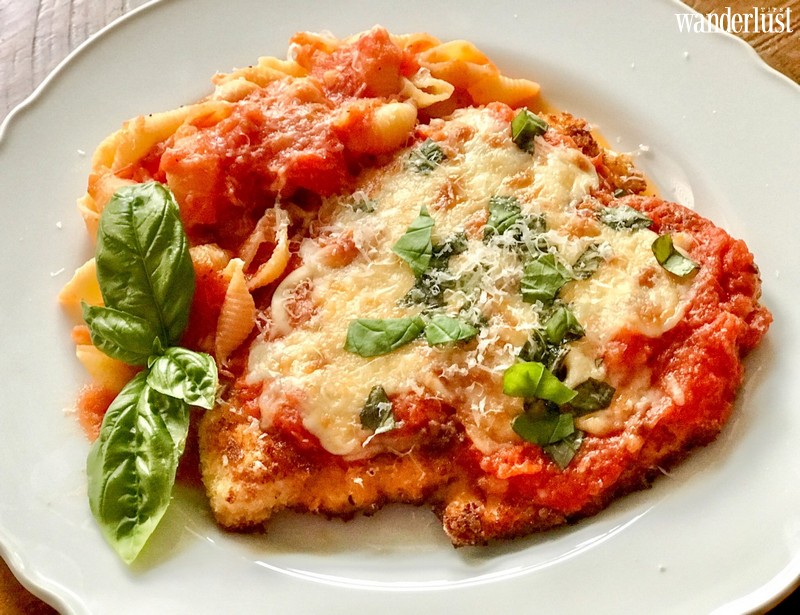 This classic Aussie chicken dish – with roots in Italian-American cooking – is a staple offering on pretty much every pub menu in the country. Originally eggplant-based (and these are still available for vegetarians), it has evolved into a chicken schnitzel topped with tomato sauce, melted cheese, and, if you’re feeling fancy, prosciutto ham. This is typically served with salad and chips, although there’s a split between those who think the chips should be under the party and those who think they should be on the side. 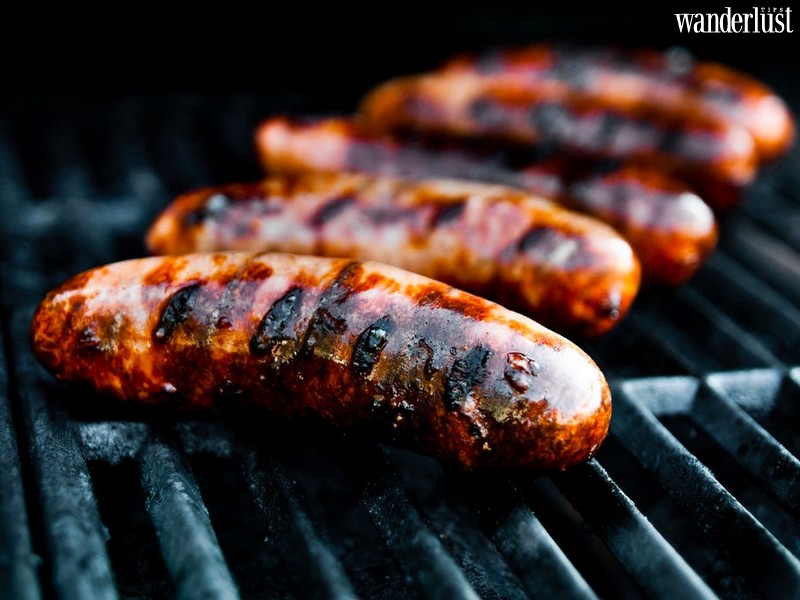 It’s no surprise that Aussies love to grill, and nothing is more important to a good barbie than a decent sausage – whether you’re at a mate’s place or at your local Bunnings for a sausage sizzle. Traditional Australian sausages are usually pork or beef, but if you’re feeling adventurous, there are other animals to sample. Wrap a slice of bread around your snag and top it off with some fried onions and your favorite sauce. 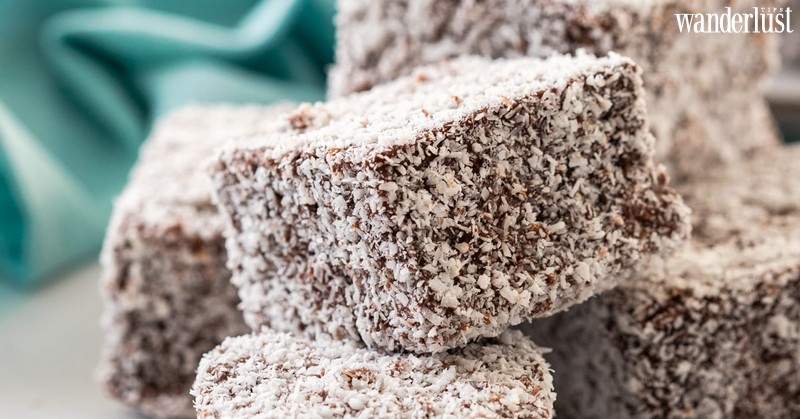 Widely recognized as the ‘National Cake of Australia’ after the National Trust of Queensland voted this sweet treat an Australian icon, named as it was after Lord Lamington, a former Governor of Queensland.

The lamington is a modest square-shaped sponge dipped in chocolate and coated with desiccated coconut. Other variations include two layers and a cream or jam filling – seen by many as a vital addition. They go perfectly with a nice cup of bush tea, or maybe one of Melbourne’s world-famous coffees, and are available in all good bakeries and cafes. 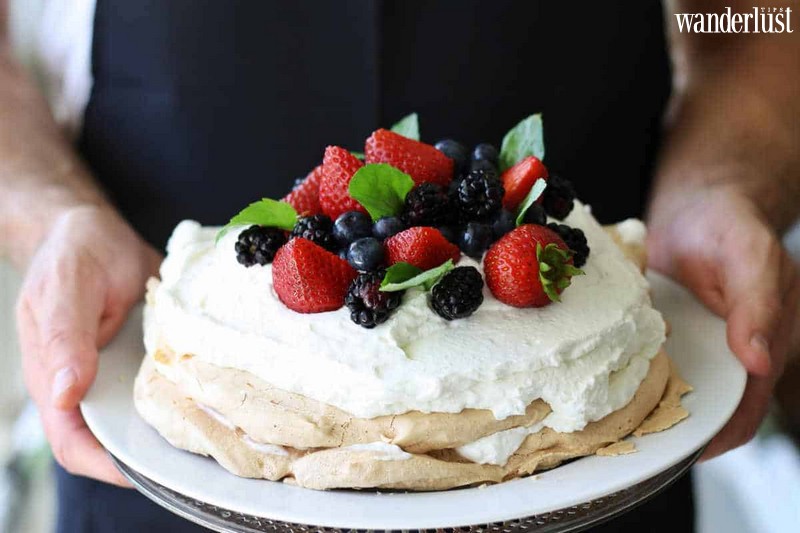 Both Australia and New Zealand lay claim to inventing this famous dessert, created in honor of the Russian ballerina Anna Pavlova’s visit to Australia in the 1920s. As a truly Australian after-dinner sweet, the pavlova’s crispy meringue crust, light fruit filling, and whipped cream topping ensure it’s a family hit.

Australian claims to the dish lay in a recipe written by a Perth hotel owner in 1935, however recent research says that the dish began life in Germany before evolving into its current form in the United States. Regardless of where it was created, today’s Australian offerings are perfect for those with a sweet tooth. 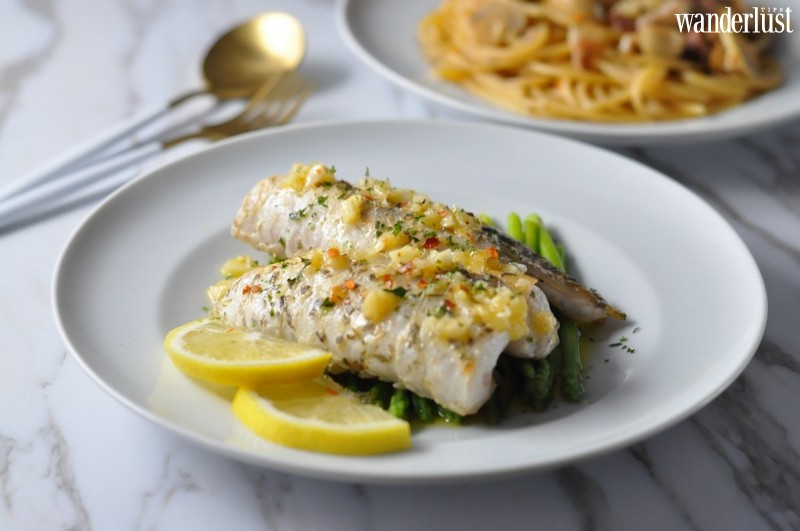 Forget about Pavlova, feast on fresh Australian barramundi, a name which means ‘large-scaled river fish’ in the Aboriginal language in the Rockhampton area. Grilled, fried, or seared skin-side first, it’s a much healthier alternative to battered fish and a true Aussie meal.

Whether you catch your own or sit back and let someone else take care of the hard work, heading up to Queensland gets you some of the best fish in the country.

This isn’t a thesis on the joys of beef and bread. Nor is it a study of those other great toppings that often grace Australian burgers: bacon, preferably rashers of the soft and pliable kind; a fried egg with the slow-motion oozing yolk. Instead, let us reflect on the long-life miracle that is canned beetroot, and the distinctly antipodean twang it lends to the hamburger.

The sensation of wandering up from the beach, sun-kissed and salty, ordering from the kiosk, and having beetroot juice run down both arms is as familiar as the buzz of flies or the crash of waves on the shoreline. 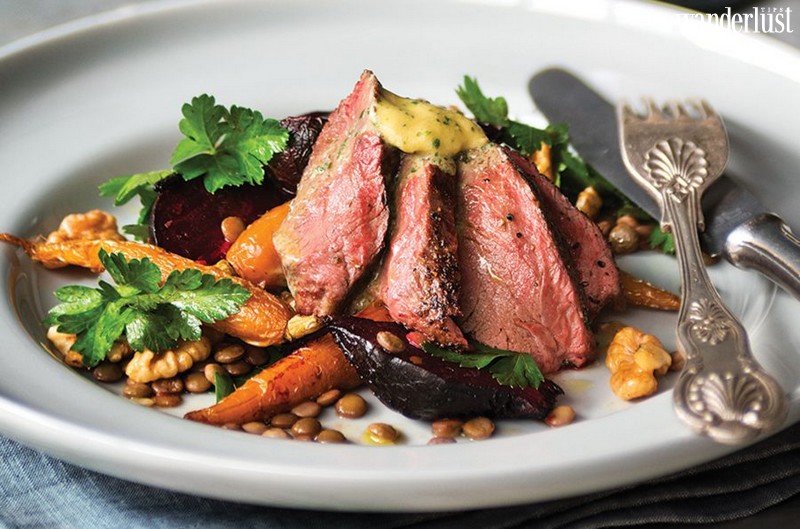 Lean and tasty, kangaroo is one of the healthiest meats around, as well as being a national icon. But you better like your steak blue or at least rare as Kangaroo is notoriously difficult to cook and can dry out quite easily if left on the barbie too long.

Tastewise, this Australian food is closest to beef. However, kangaroo has more protein and iron than beef, and fewer calories and fat content. It’s also a good source of omega-3.