A sequence of photos show the heart-stopping moment a mother hippo saved her baby from being crushed by a massive elephant. 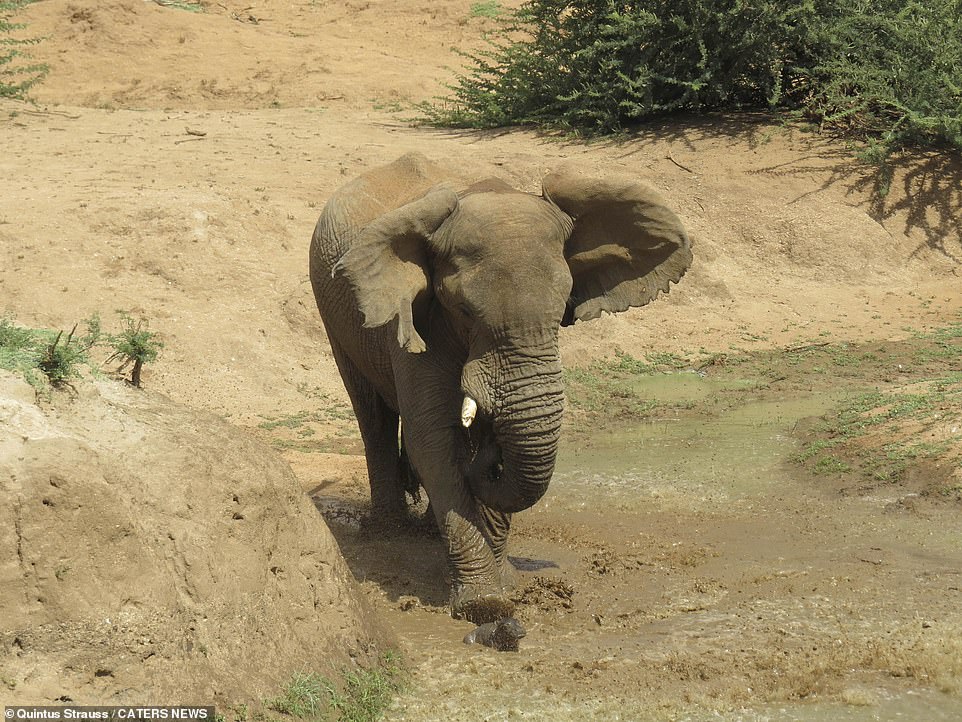 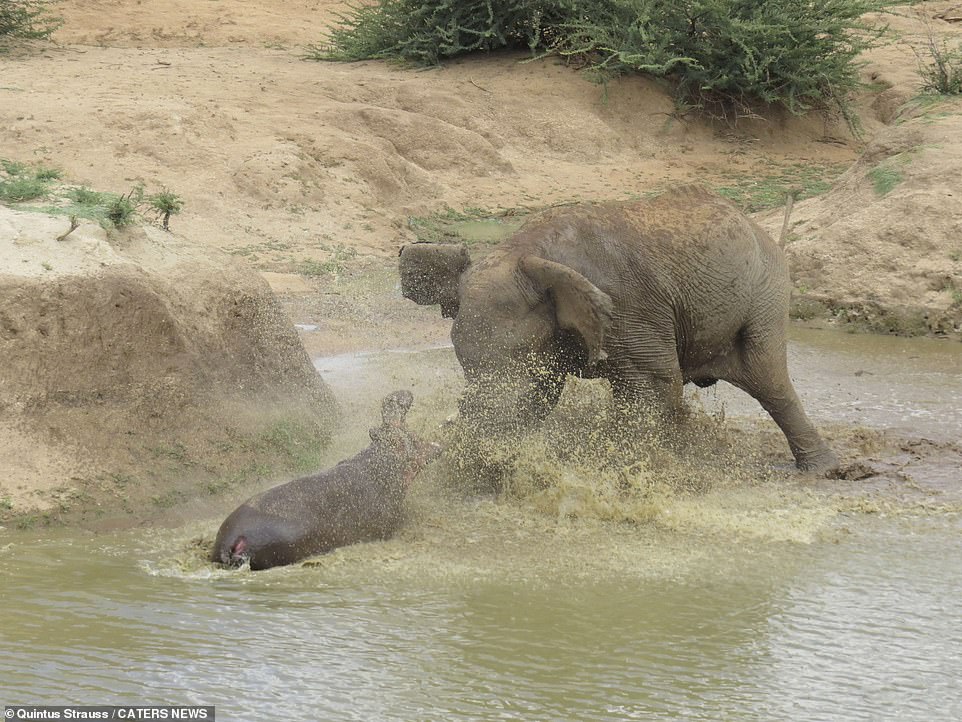 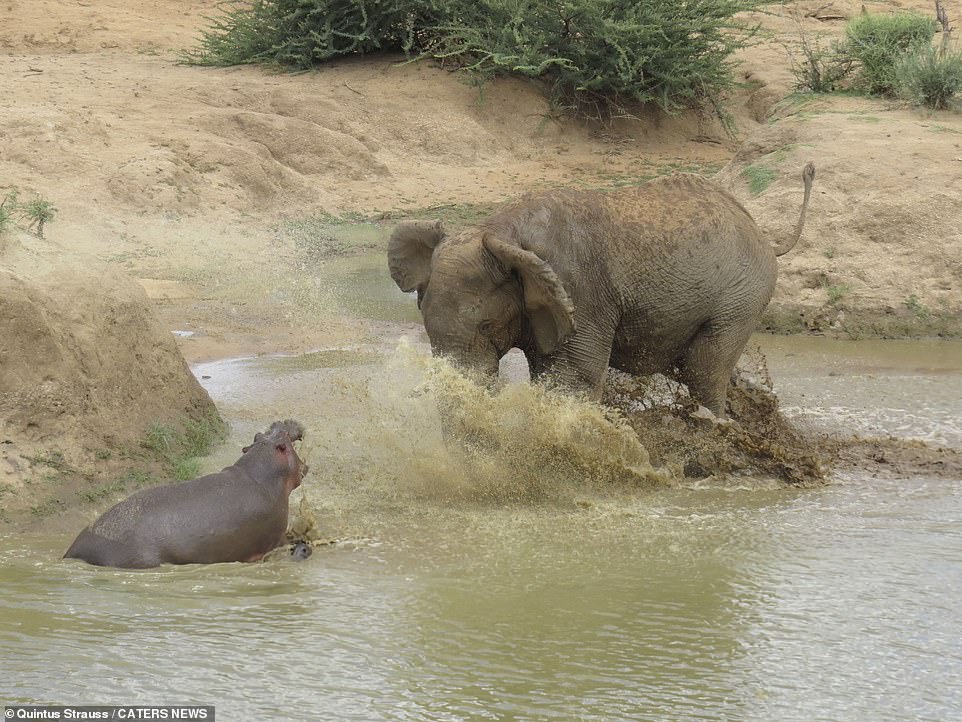 The cow (female hippo) knocks the elephant off balance with her ferocious bite, and the giant stumbles in the water 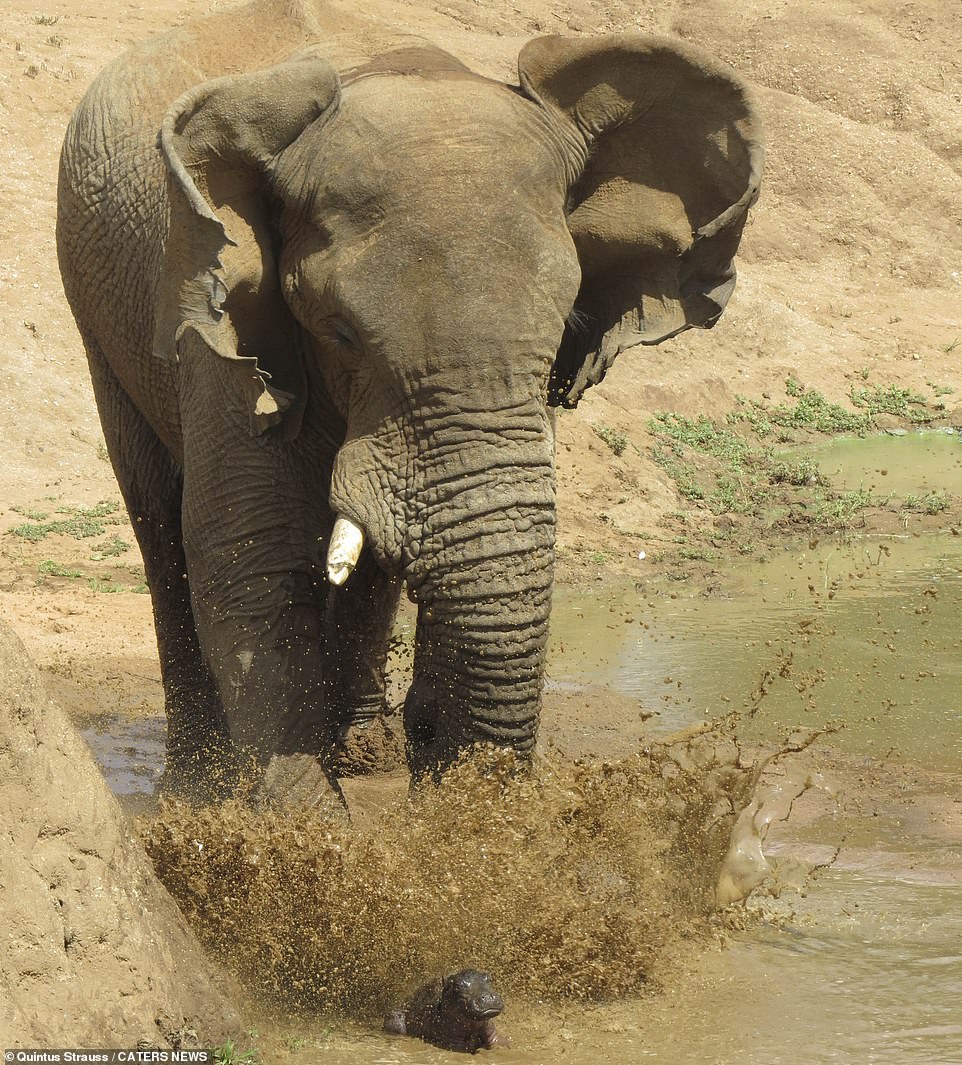 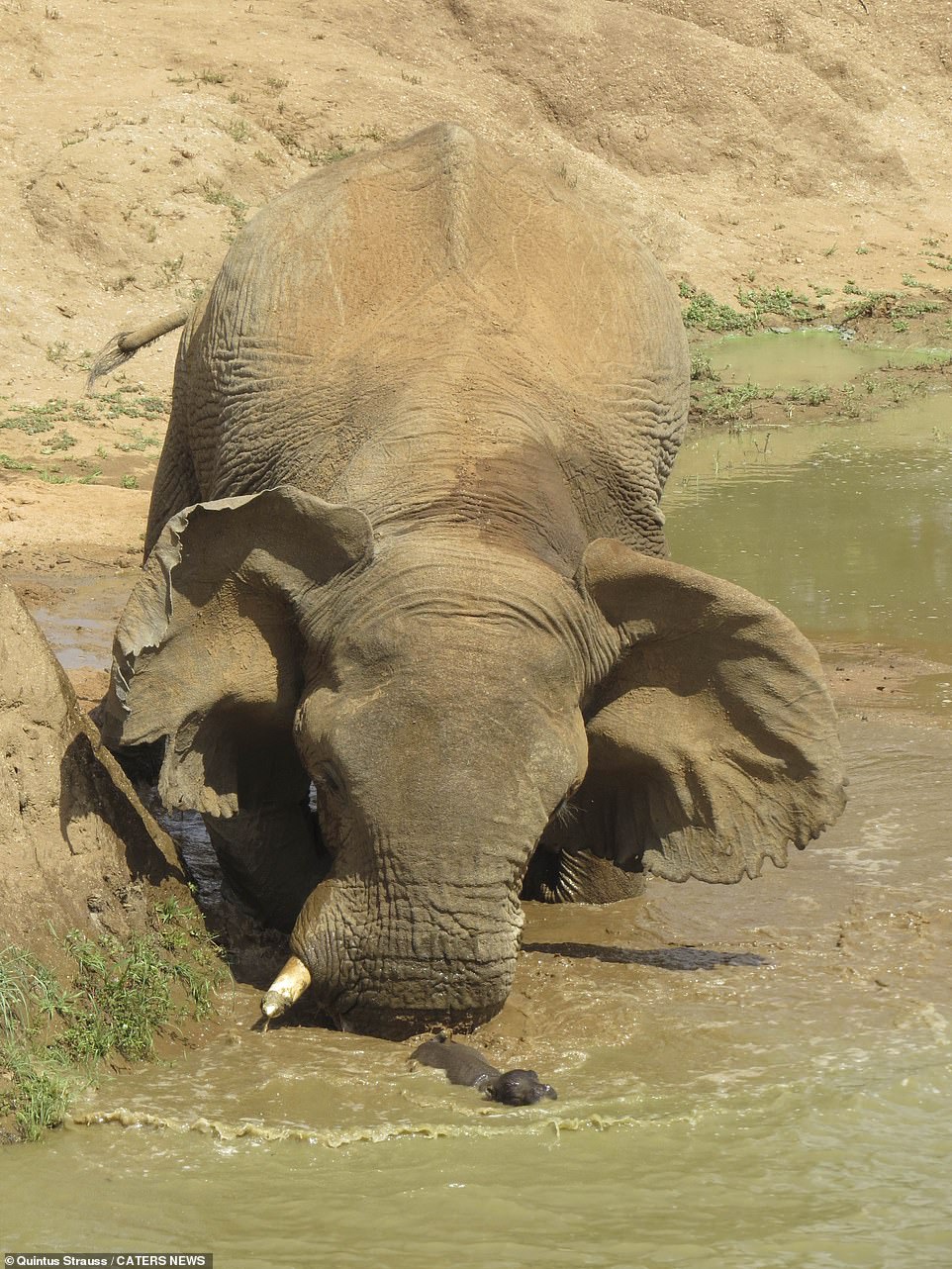 Once he started snapping the sequence, the photographer, from Hoedspruit, Mopani, Zambia, he witnessed the mother hippo coming to the rescue and starting to fight with the giant mammal.

‘The restaurant overlooks the dam and there were hippo with a new born baby [sic].

‘After breakfast I went to my room which was also overlooking the dam and downloaded my photos from the morning. 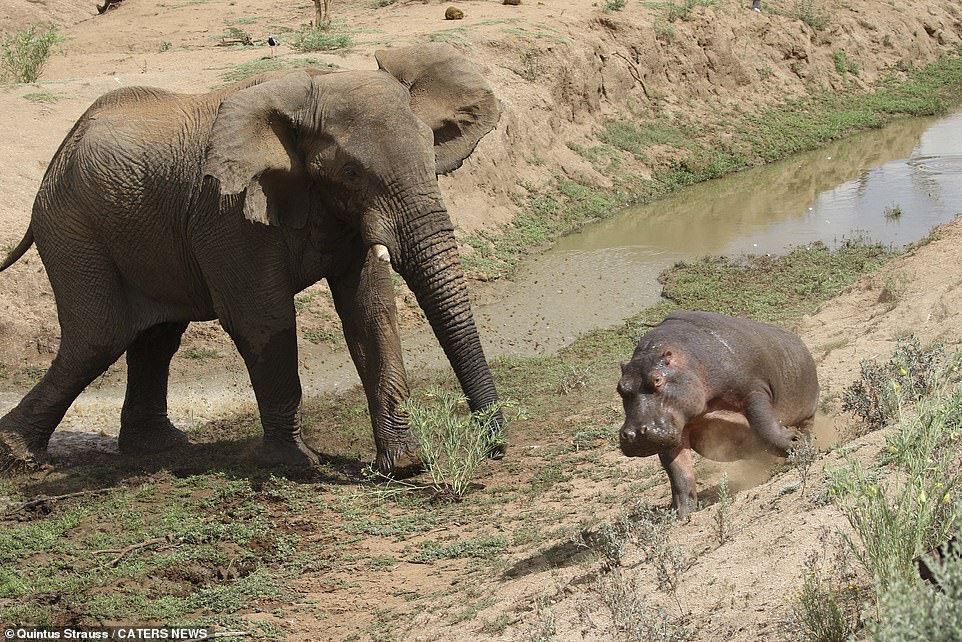 Before the elephant tries to crush the baby he chased the mother. Realising the sheer size of her opponent, the cow scoots off up the hill 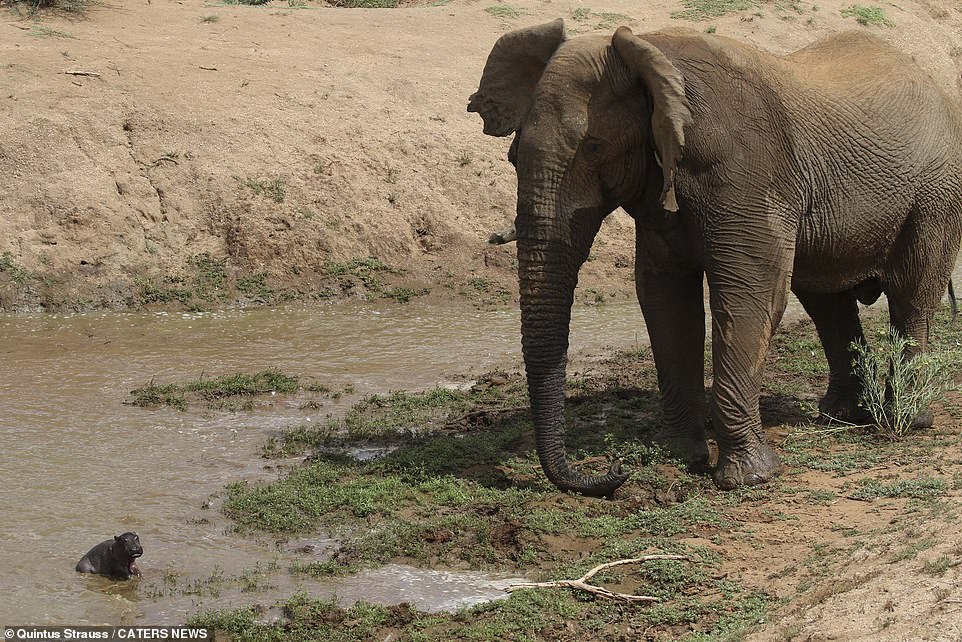 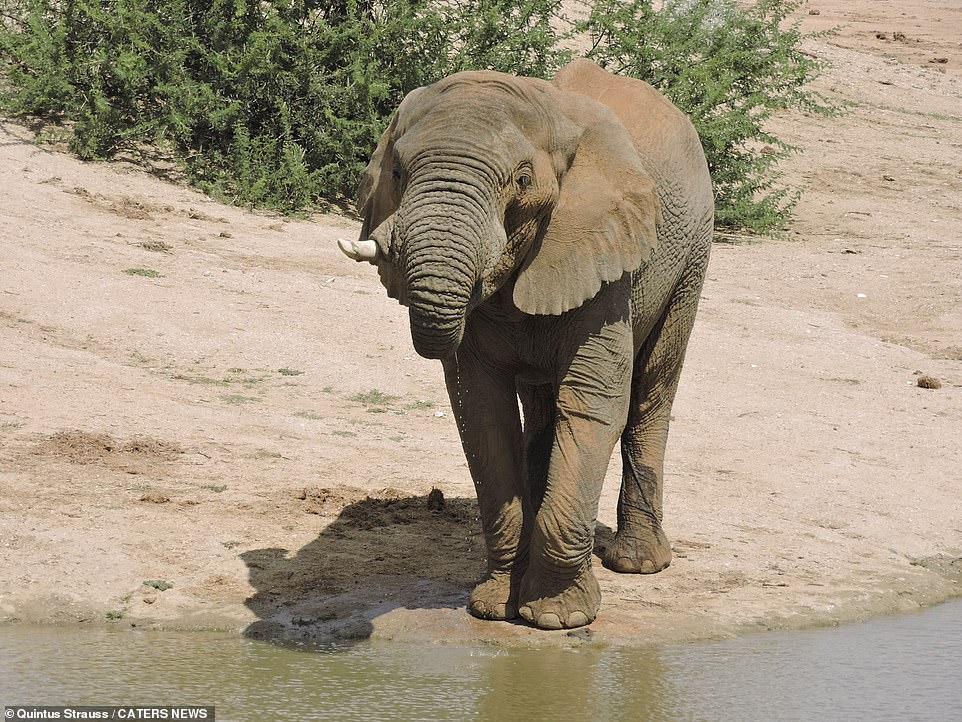 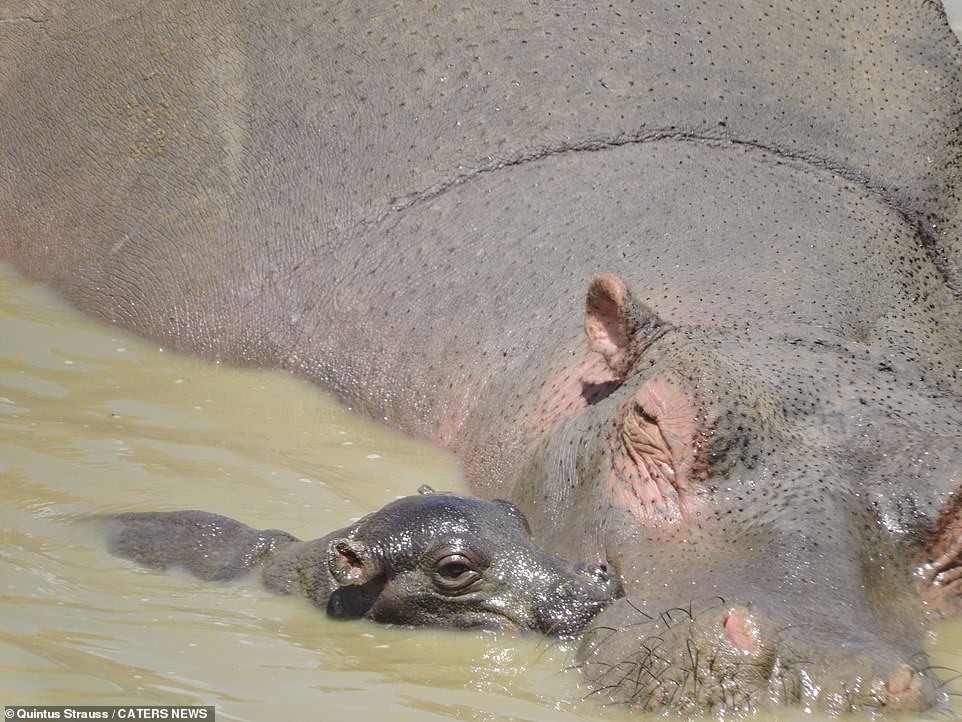 ‘I went back, grabbed my camera and came outside again and saw the elephant was walking to the baby and splashed it – then bent down to have a closer look at it.

‘I think the hippos teeth got him.

‘Everything went calm afterwards and the mother and baby went their own way..’

Don’t be a Dumbo! Adventurous baby elephant gets stuck as he climbs over a fence at sanctuary in Thailand

I want to make a trunk call! Cheeky baby elephant tries to steal her human friend’s phone from his hand