If anyone ever doubted the sheer variety of holiday and tourism destinations that Germany offers, they only need to look at the Baltic beaches in the far north. You couldn’t imagine a landscape further away from the German stereotypes of the Alpine south or the industrial north-west. Despite their high latitude, on a summer’s day the Baltic beaches appear almost tropical, with fine white sands arcing gently around crystal-blue seas, bordered by lush greenery.

Although the entire Baltic coastline is well worth exploring, possibly the jewel in the Ostsee crown is the island of Rügen, towards the eastern edge of the coastal stretch and approaching the border with Poland.

Rügen is an island just off the Pomeranian coast of the Baltic Sea, and is the largest island in Germany covering over 900 square km. Lying in the state of Mecklenburg-Western Pomerania, it contains the towns Bergen, Sassnitz, Putbus and Garz, alongside the seaside resorts of Binz, Baabe, Göhren, Selling and Thiessow. This variety of destinations within one locality makes Rügen an ideal tourism and vacation centre, offering everything a visitor could look for, from more than 60km of unspoiled fine, sandy beaches, to the Jasmund National Park with its heritage forests and sheer white cliffs.

As well as the highly popular bathing beaches drawing the tourists, the natural surroundings are excellent for hiking and cycling. Some areas such as Cape Arkona are car-free for conservation reasons, which also makes for a relaxed and peaceful atmosphere. The highest point of the island is the aptly named Piekberg, which at a mere 161m, shows how suitable this low-lying island is for easy, relaxed exploration.

Rügen is very well connected and easy to get to. It is served by both regional and intercity railway lines, by road via two crossings from Stralsund on the mainland, and also by regular car and foot-passenger ferries. Rügen has its own small airport in Bergen which offers charter flights to and from relatively nearby cities, particularly Hamburg and Berlin, while those with further to travel can use the Baltic Sea Airport at Stralsund or the Rostock-Laage airport for international flights.

Major Sights Not to Be Missed

On a summer’s day the weather can make lounging on the endless white-sand beaches an enticing prospect, but there’s plenty to see and do if you’re feeling a little more energetic. Highlights include: 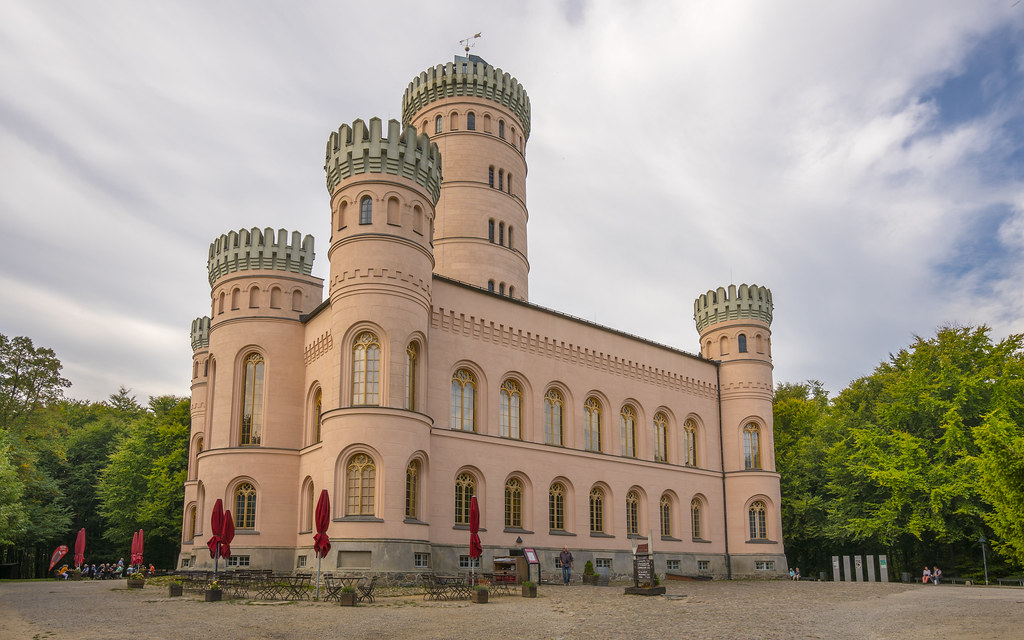 Granitz is a historic hunting lodge built in somewhat idiosyncratic style in 1723, before a major renovation and extension in 1837. Situated on the top of the 107m high Tempelberg, near the resort of Binz, the palace offers attractive if unusual architecture built around a central courtyard, and a 38m high tower climbable via a 154-step cast-iron spiral staircase. The top is at a height of 145m above sea level and offers excellent views across the entire island. Reachable by a romantically old-fashioned steam train, this makes a memorable day out for the whole family. 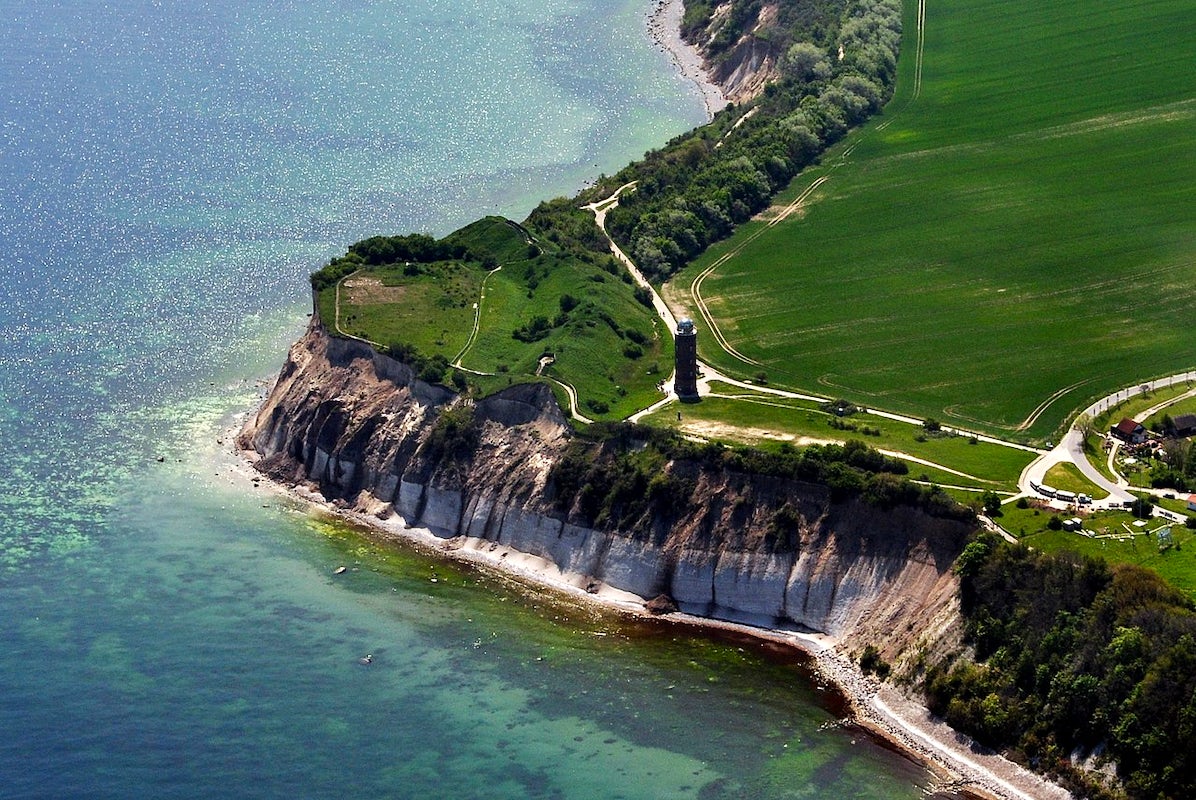 A protected area that receives around 800,000 visitors every year, Cape Arkona boasts 45m high cliffs plunging downward into sometimes dramatic seas. As one of the northernmost points on Rügen, gazing across the sometimes stormy Baltic, it is home to two lighthouses that are today open to the public. On a clear day, the viewing platforms built atop of these buildings present views as far as the Danish island of Møn, but even in less ideal viewing conditions, the sea vista is impressive enough. The beaches below can be reached via steps descending through beautiful, well-maintained woodland and bush which is festooned with wild violets in springtime.

Although Jasmund is the smallest national park in Germany, covering a mere 30 sq km, what it may lack in size it makes up for in natural beauty. Slightly inland are dense beech forests boasting many rare species of plants and birds, but the main draws are the spectacular white-chalk cliffs including the 118m high Königsstuhl (King’s Chair), famed for its majesty. For a taste of this area of natural importance, take a look at this short video, in which Jasmund’s spectacular scenery is clear to see.

If the weather becomes particularly hot, why not cool off in a light sea breeze by walking the 4km Strandpromenade (Beach Promenade) in the small town of Binz. Lined with elegant villas and luxury hotels, this makes for a scenic but gentle stroll to work up an appetite for one of the many restaurants in this welcoming resort.

What to Eat and Drink on Rügen Island

As to be expected from an island, fish and other seafood play a large part in the local cuisine. A particular speciality is the extensive range of smoked Pomeranian fish, from herring to eel, prepared and served with a definite Scandinavian twist. However, the fertile land and productive forests of the region mean that there is also a wide variety of vegetable and wild game dishes to choose from. 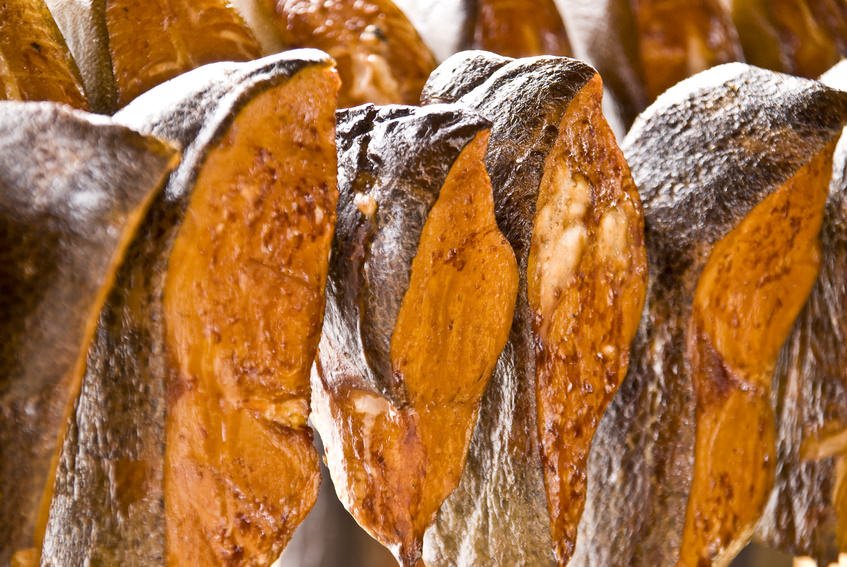 Many dishes are hearty in nature, reflecting the harsh winters often encountered in this most northern part of Germany, and this style is carried over into the locally favoured type of cream-heavy puddings and cakes such as Schmandpudding or Honigbutterküchlein which will delight those with a sweeter tooth.

This being Germany, beer is readily available and always of high standard. Most local brews are made in the Pilsner or light ‘Hell’ style, although wheat beers and even fruit beers are available and equally delicious. The area is too northerly for wine production, but wines from more southerly German locations are widely enjoyed and inexpensive. A popular winter drink is Grog, a local variant on spiced hot mulled wine, whose name shows the clear influence of nearby Scandinavia over the more usual German Glühwein. 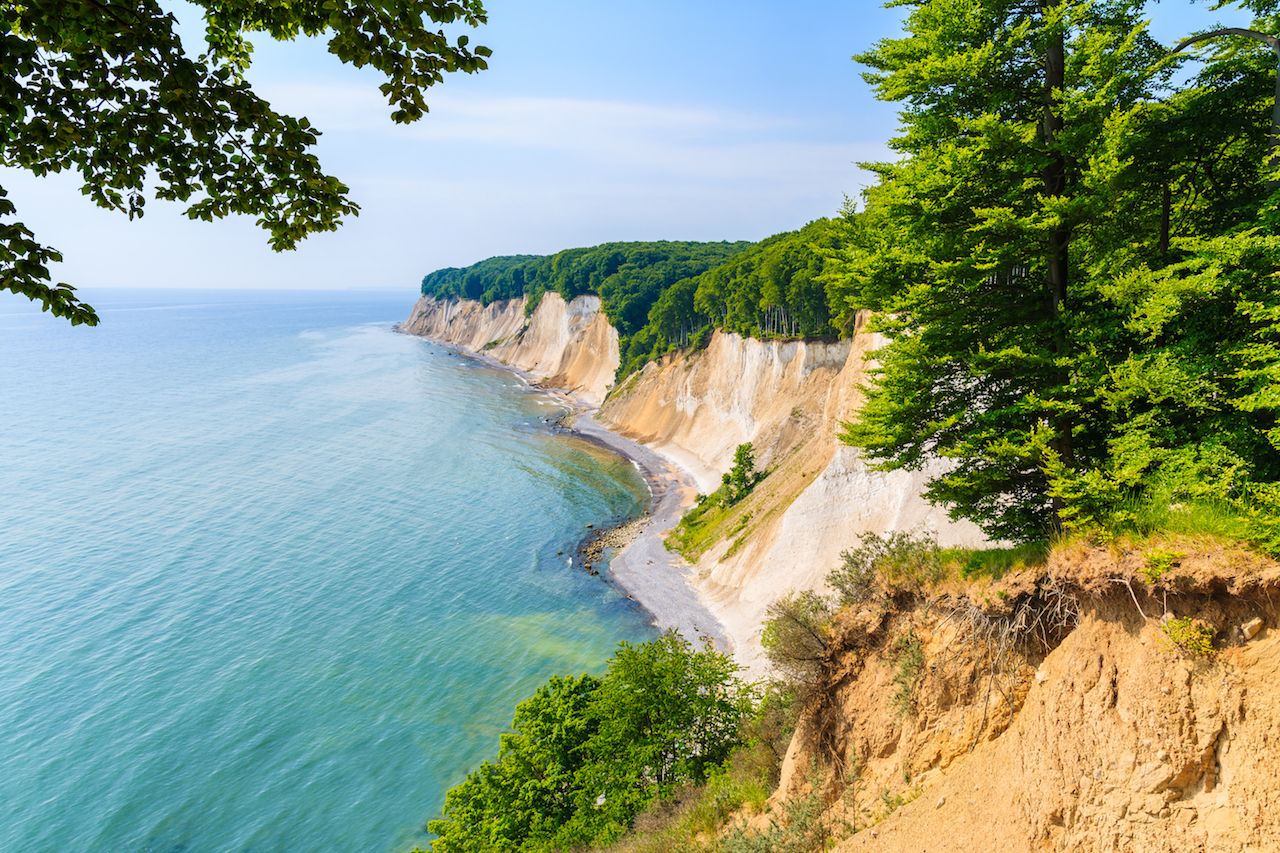 As befits such a popular tourist destination, there is no shortage of accommodation options of all types in Rügen. Whether you’re looking for luxury hotels or budget hostels, country lodges or beachside villas, you’ll find something to suit you at a respectable price. Be aware, however, that the vast majority of tourists in the area are German, and English is not as widely spoken as in some other parts of the country. This is also a result of the local history – after 40 years in the shadow of the Soviet Union, most of the older generation who have a second language speak Russian rather than English. This can make communication a little difficult, but – as ever – a few words of German will go a very long way indeed.

Whether you’re looking for a relaxing holiday bathing on beautiful sandy beaches, or spending enjoyable days exploring the wild forests of the interior, Rügen makes an excellent choice. It offers enough variety for an extended stay, or makes an equally good weekend break or day trip from nearby Stralsund or even Hamburg. One thing’s for sure, Rügen Island offers a side of Germany that few outsiders even imagine exists.

Top 10 Best Things To Do In Dusseldorf, Germany